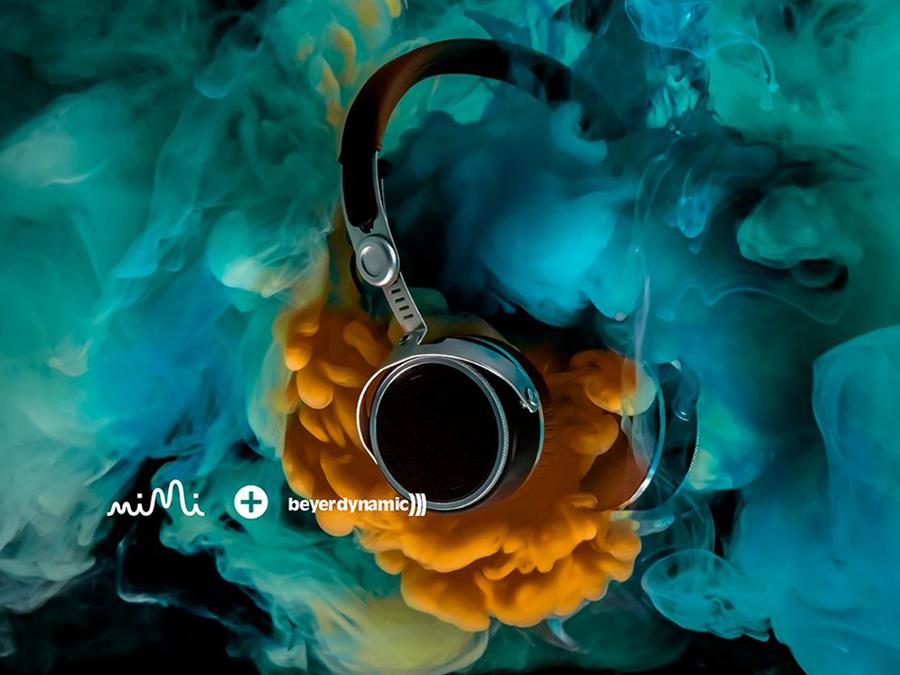 Over 90 years ago, Eugen Beyer dedicated himself to constantly challenging the status quo. His audio products were to be better than any others on the market. Today, this vision is still the driving force behind the company's efforts. And they have earned the company an excellent global reputation: as an innovator, and as an uncompromising manufacturer of quality. With its Tesla technology, beyerdynamic has reached a milestone in the design of headphone sound transducers and, as such, created a revolutionary listening experience. In 2017, the company says it is time for the next step.

Now, beyerdynamic is determined to transform the sound of its headphones into a completely customized experience. As the company explains, "Because individual sound preferences are not only about taste; on the contrary: audiology research confirms that the way people hear is as varied as people themselves. In order to create a “tailor-made suit for the ears”, beyerdynamic is working together with Mimi Hearing Technologies, a Berlin-based company and one of the world’s most in-demand sound customization specialists.

Mimi’s sound customization technology allows for the creation of a personal listening profile, based on the soundcheck in the “Make it yours” (MIY) app and then uploaded directly to the headphones. "Until now, sound has always been statically balanced. However, we all hear sounds differently, and our hearing changes over the course of our lives. Mimi’s in-headphone sound customization turns music and sounds into a completely personal experience – with individual calibration that is especially determined for your hearing," beyerdynamic says. 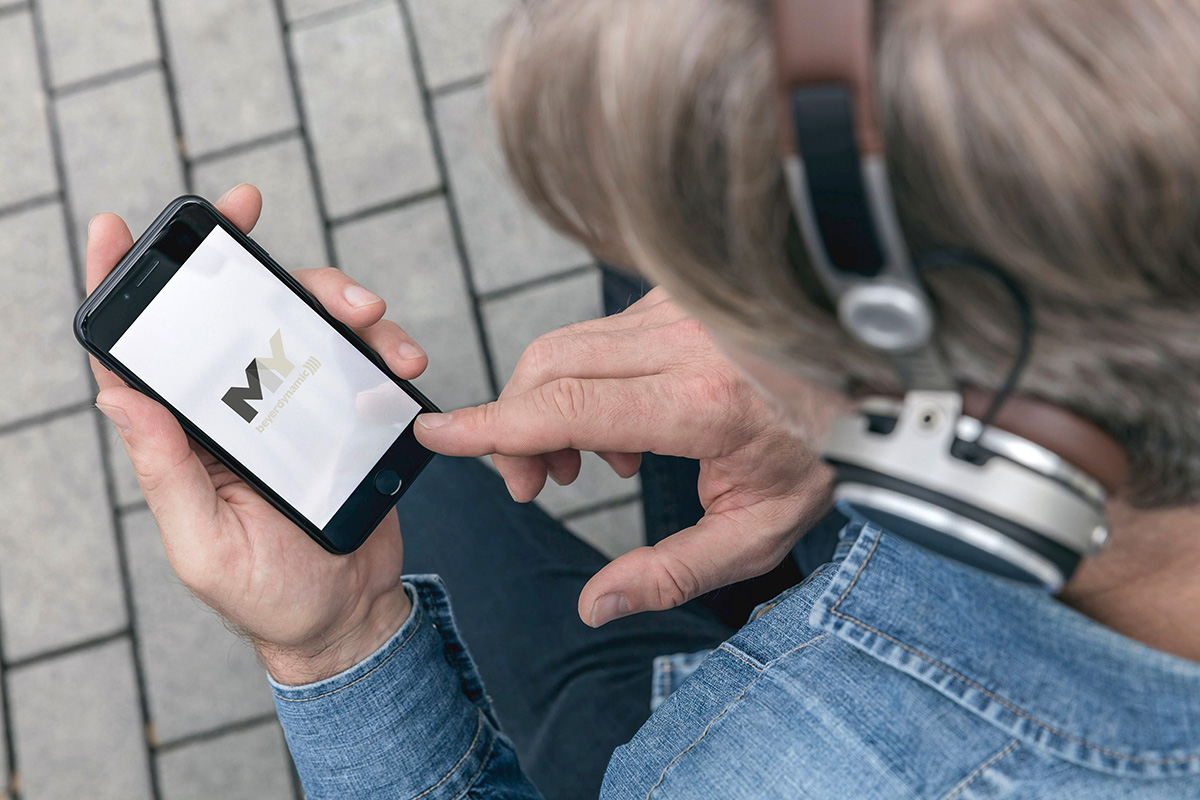 More than a million people have already used Mimi technology to test their hearing or adjust sound to suit their hearing. This technology is certified as a medical product (CE). The core of the technology, developed by a team of audiologists, psychoacoustic experts, engineers and designers, is the simulation of the way sound is processed in the human ear (in particular the cochlea). As part of this, some information is emphasized to support the brain in processing and distinguishing between different sound elements. Instead of making frequency-selective volume adjustments like a simple equalizer, Mimi’s sound customization replicates the natural processes in human hearing that change over time and therefore provides clear, full and high-contrast sound.

The basis for headphone customization is the “soundcheck”, which is carried out using the beyerdynamic MIY app. The hearing is examined using a sophisticated test: a complete listening profile is created within approx. six minutes. All that is required for the test is quiet surroundings, a smartphone, and a set of Aventho wireless headphones. The result is a listening profile that fits each user like a perfectly tailored suit and allows for unique sound calibration. Once the listening profile is complete, it is saved in a chip in the headphones. It is thus available for every sound source – even without the app. The intensity of the sound adjustment can be set using the beyerdynamic MIY app. 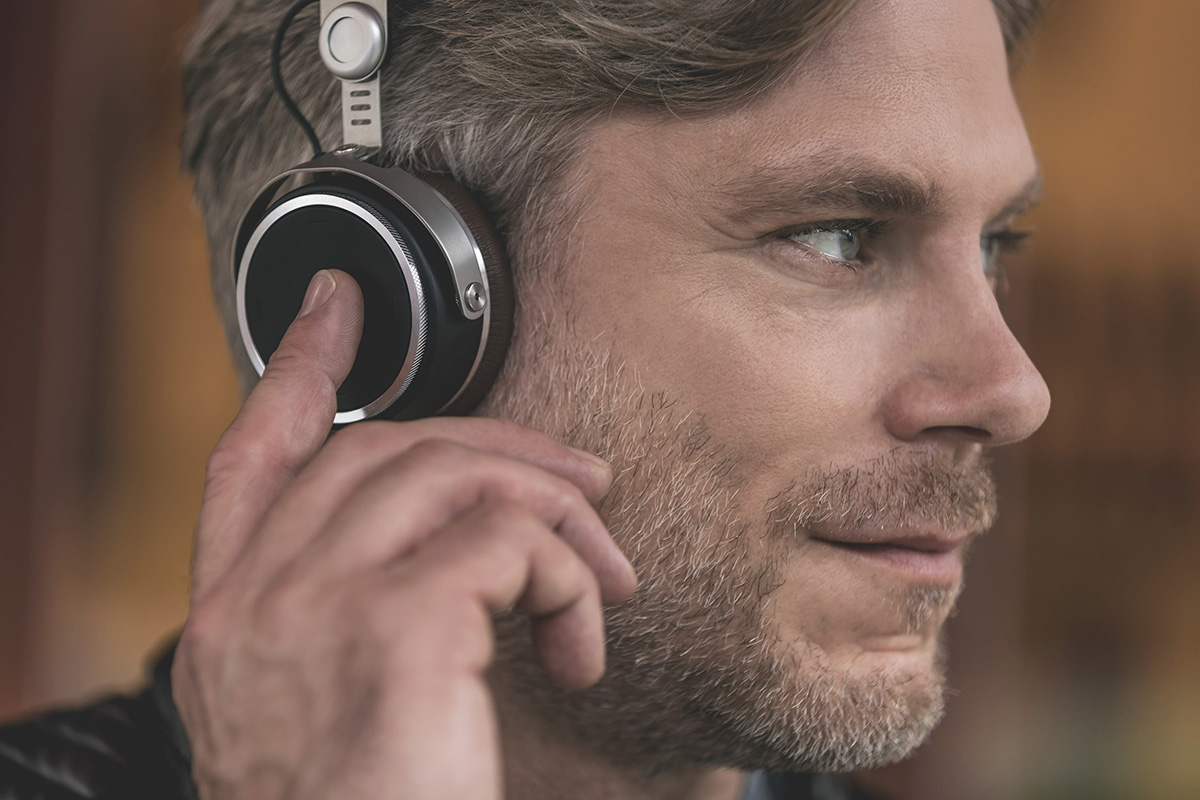 beyerdynamic Aventho wireless
The first set of beyerdynamic headphones to integrate the groundbreaking Mimi technology is the closed-back on-ear Aventho wireless. This new high-end model also offers and innovative operation interface, where the right side serves as a touch gesture control pad. All functions can be activated using simple touches and gestures: next track, louder, take a call, hang up, lower volume, pause. The sensitivity of the touch controls can also be customized to suit individual preferences using the MIY app. Further customization options will be made available via updates.

For the Aventho wireless headphones, beyerdynamic used Bluetooth 4.2 with the aptX HD codec from Qualcomm to guarantee the best possible wireless sound with Android phones, and any Mac or PC computer. beyerdynamic also supports the AAC codec for iOS Apple products. Exploring again its Tesla transducers, characterized by a strong magnetic driver and an extremely high-resolution playback without any tonal coloring, beyerdynamic designed the new Aventho wireless headphones to create the best possible performance, despite their compact size. This also offers the "perfect canvas" for sound customization.

The Aventho wireless has a powerful internal rechargeable battery that offers up to 20 hours of playing time. The headphones are also fitted with a microphone and can be used as a headset. When used together with a smartphone, tablet or computer, there’s no need to remove the Aventho wireless when receiving a call: all it takes is one double-tap gesture to get the caller on the line.

And beyerdynamic has once again created a new mobile masterpiece “Made in Germany”, using valuable materials and high-quality workmanship, with an attractive and functional design that makes both an acoustic and visual statement. Pivoting, closed earcups provide excellent insulation against ambient noise, combined with the comfortable cushioning for extended hours of use - after all the battery lasts for 20 hours.

In addition to customized sound, beyerdynamic is also contributing towards healthy, fatigue-free listening: the tracking functionality is an innovative “Sound Watching” app service that provides an overview of the user's listening habits on request and shows whether their ears need a rest. The “Sound Watching” function analyses playback volume and listening duration, and uses these two parameters to determine potential strain on the hearing to alert the user. 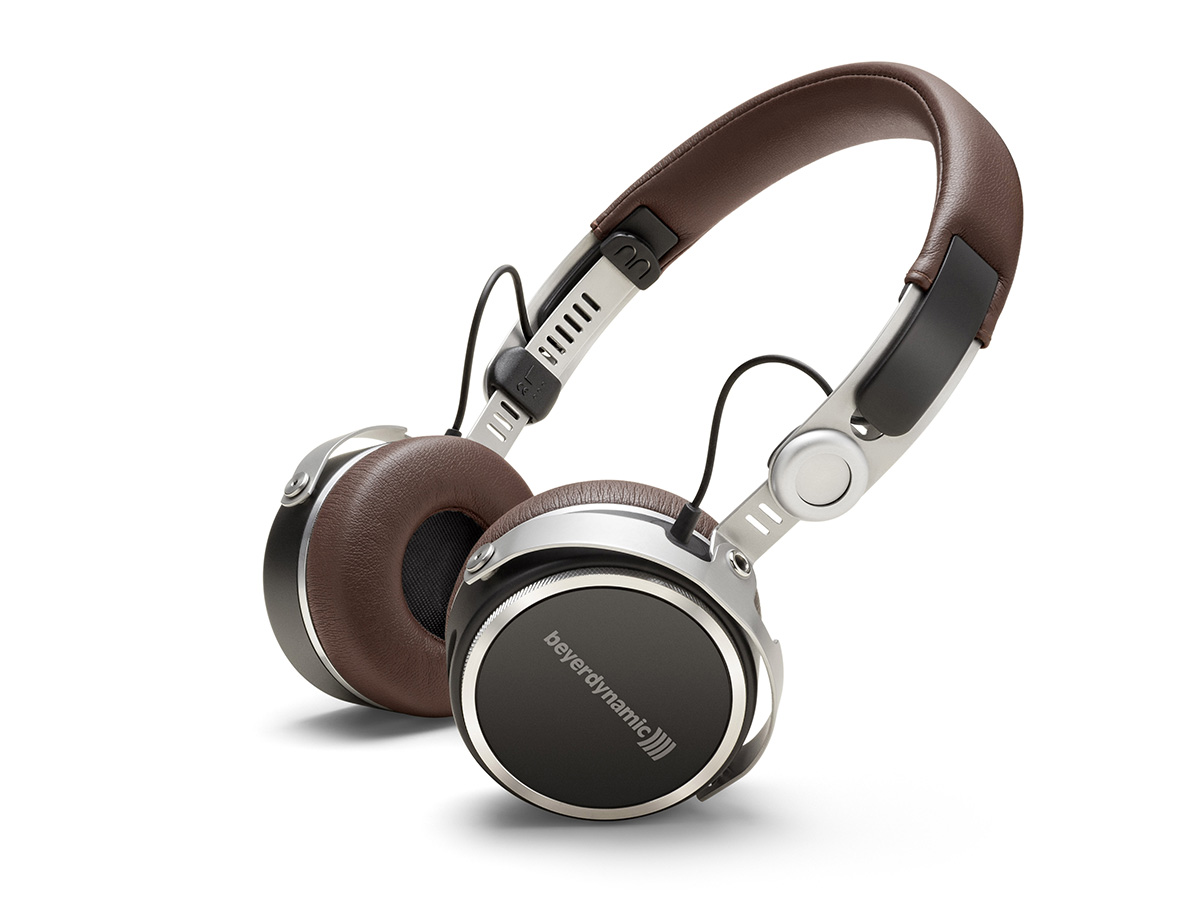 The beyerdynamic Aventho wireless will be available in stores from October 2017 at a recommended retail price of EUR 449.00 (including VAT). The model will be available in black and in brown. It also comes with a sturdy fabric bag, 1.2 m detachable 3.5 mm jack plug connecting cable (for use in wired mode), and charging cable USB-A to USB-C.
mimi.io/en/aventho/ | beyerdynamic.com
related items