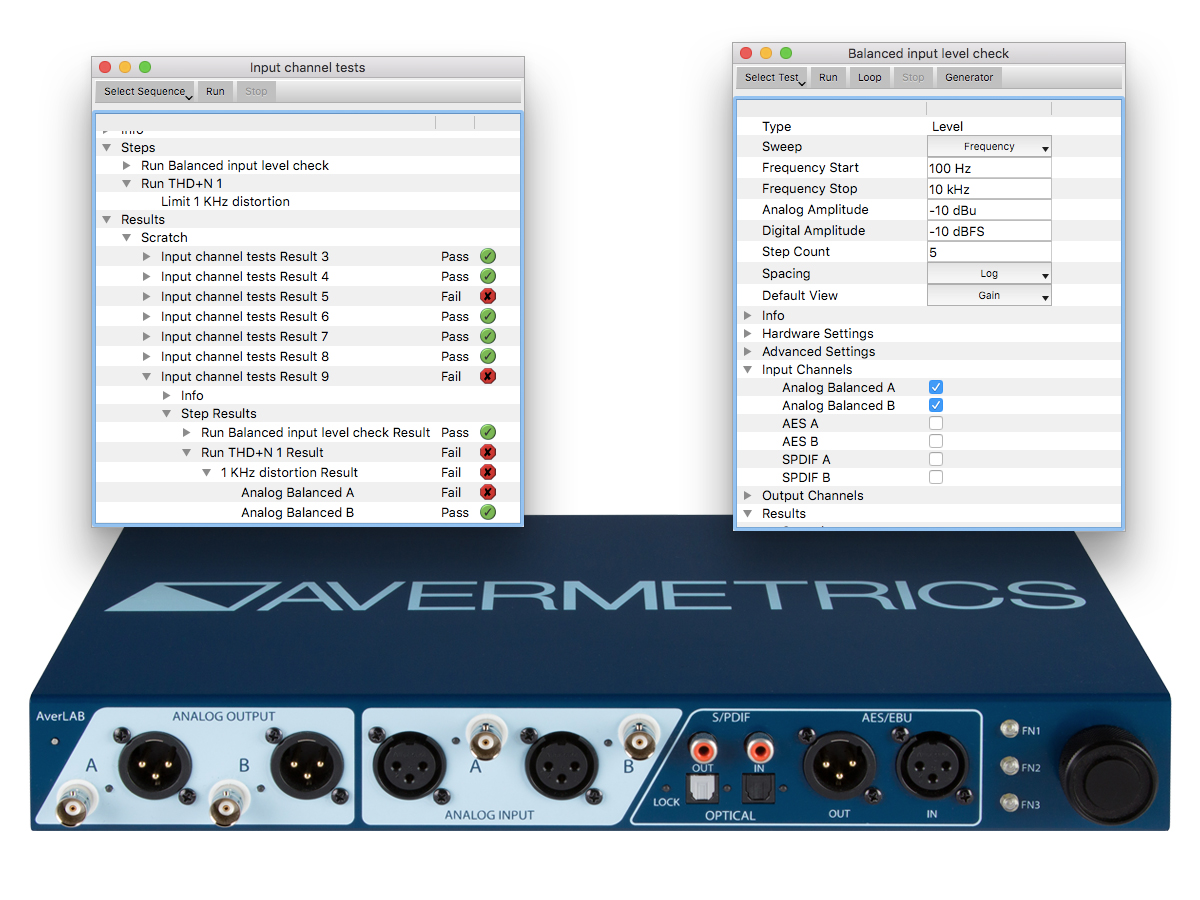 Drag & drop automation introduces a new level of simplicity to the sequencing of tests. A sequence is basically a list of steps that occur in order. Individual tests and their limits are added and ordered to the sequence list in a drag & drop fashion. Individual tests and limits can be reused multiple times within a sequence. Changes made to the original test or limit will ripple through to each instance of that item within the sequence, greatly reducing the editing required when specification tolerances are changed. 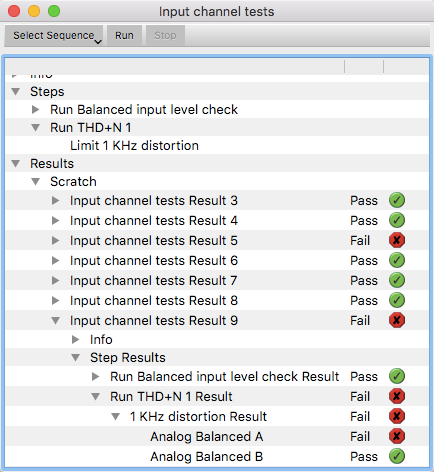 Sequences provide a unique multi-level system for reporting pass/fail results. Top-level pass/fail indication provides a quick overview for each run of a sequence. This makes it easy to browse a day’s production in a single glance. Expanding the top level pass/fail indication exposes which tests have passed and failed within that particular run of sequence. Further expansion on the individual test shows which limits have passed and failed on which channels (Figure 1). Reporting is thus only as detailed as the user needs.

The new sequence capability is rather unique in that it accepts overlapping limits thus making part binning a possibility.  Limits with different tolerances can be used to represent, good, better and best performance. All the limits will operate on the same test data, not alternate views of the test or separate instances of the test. This both simplifies the creation of the test sequence itself and reduces test time.

The user interface has also seen significant improvement in the version 2.0 release. The menus for defining tests have been revamped into a straightforward columnar format that preserves valuable screen real estate. Test parameters are logically organized into expandable groups that can be kept closed until needed. The most frequently used parameters are quickly assessable at the top of the new menus (Figure 2). Test parameters can also be directly viewed and edited from the main project window. This improves AverLAB’s usability on small, lower resolution monitors such as those found on inexpensive laptops while making it much easier to compare settings between different tests. 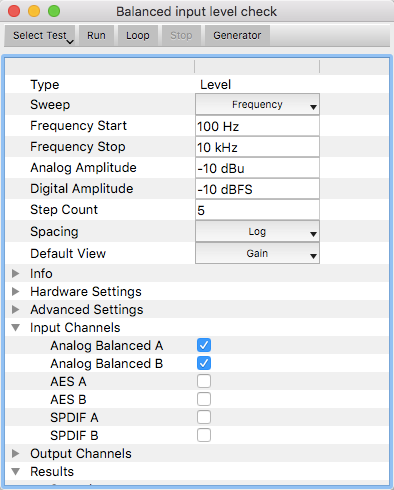 Another industry-first capability within the 2.0 software is the ability to undo and redo edits and deletions. This capability, which office productivity software has had for decades, has been up until now absent from audio test solutions. “We expect this feature will greatly reduce cursing in the workplace and preserve many hair follicles,” says Jonathan Novick, VP of sales and marketing at Avermetrics. “We continually look for ways to simplify the testing process and undoing of inadvertent mistakes is key to making that happen.”

Dozens of additional enhancements have been made throughout the software to streamline the testing process. Projects can now contain user-defined folders for organizing tests, results and sequences. Additional defaults can be set for measurement units and channel selections and project states are preserved and restored between sessions. "These and the many other improvements represent Avermetrics philosophy of designing from the user’s perspective. Highly repetitive and multi-step tasks equate to drudgery and have been removed from the user experience wherever possible," adds Novick.

AverLAB 2.0’s underlying architecture was redesigned to use the open source Lua programming language. This language has long been a staple for graphics, embedded system and game developers due to its speed, simplicity and robustness. This makes the version 2.0 framework the foundation for future software developing. Forthcoming version of AverLAB will expose the Lua functionality to users and enable greater levels of test control and automation.

AverLAB 2.0 is available now for Mac and PC and can be downloaded from the Avermetrics website. It is a free upgrade for existing AverLAB users and prospective users can sample the software in demo mode. The AverLAB audio analyzer sells for $3000.
www.avermetrics.com
related items