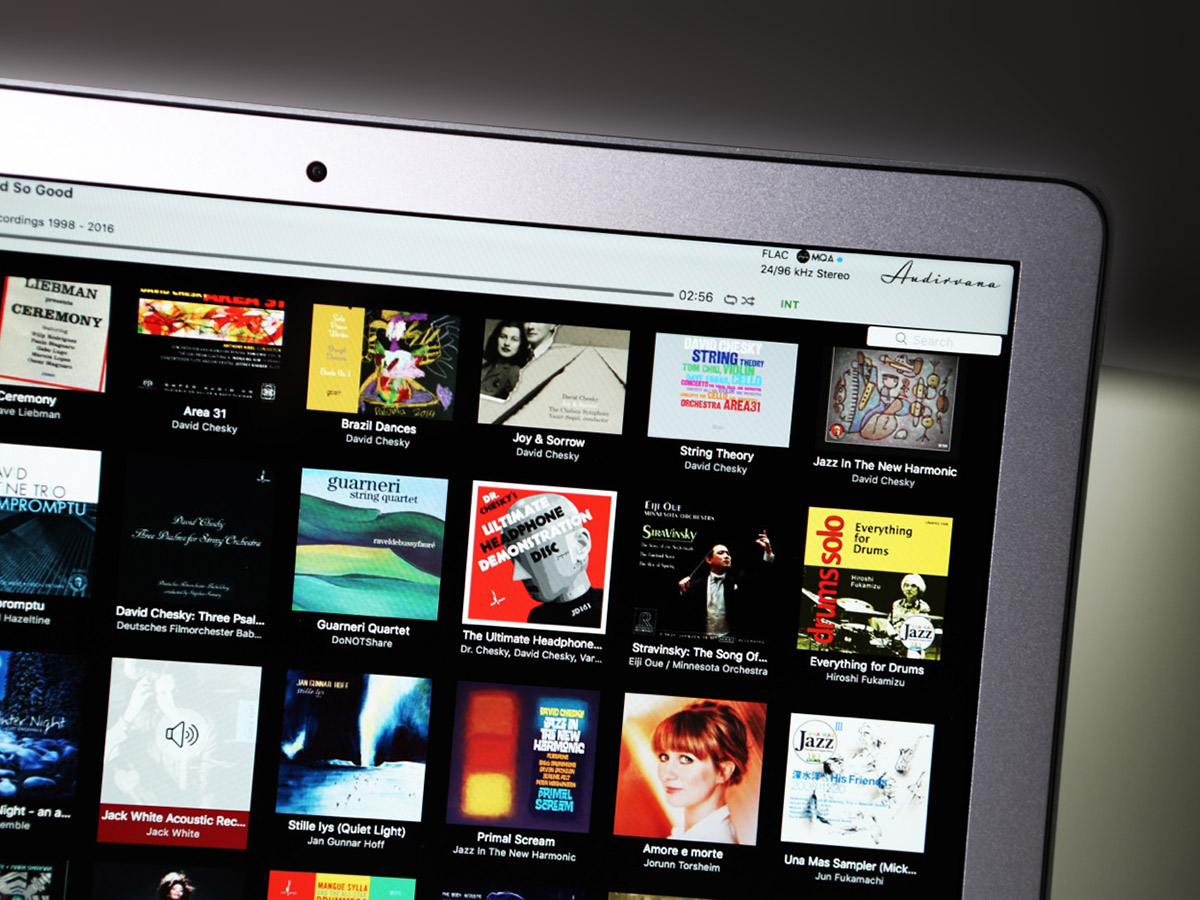 MQA technology delivers master quality audio in a file small enough to stream and is now available on global music streaming platform, TIDAL, since the beginning of 2017, and is also available internationally on several music download services. MQA encoding reduces the size of the music's original master file using a lossless "folding" mechanism which remains compatible with any FLAC/PCM player, but is able to "unfold" the complete information contained in the master, using an MQA hardware decoder. TIDAL own's player simply relays the MQA file (TIDAL Master Audio) to the hardware decoder for "unfolding". Audirvana Plus 3 is now the first software music player to include the MQA Core decoder, allowing to ‘unfold’ MQA and authenticate the files.

In addition to optimizing sound quality and authenticating file provenance, Audirvana Plus 3 also allows a complete library management system with full metadata and cover art display for all music, whether stored locally or streamed. It also features integration with premium streaming services such as Tidal and Qobuz.

The MQA Core decoder’s initial file ‘unfold’ recovers all the direct music-related information and makes it available for either analogue or digital output at 88.2 or 96 kHz.  With a non MQA-enabled device, any listener can experience enhanced sound. Teamed with an MQA-enabled device, the listener benefits from the highest possible sound quality, as the music will continue to unfold with precise file and platform-specific DAC compensation and management.

"I am thrilled to work with MQA because our companies both share the same goal to bring the magic of hearing the original live performance to everyone. The integration of MQA technology is a major step toward enabling all Mac users to hear their favourite artists as if they were right there in front of them,” commented Audirvana founder Damien Plisson.

Added Spencer Chrislu, MQA Director of Content, “We’re pleased to be working with Audirvana in the quest to bring the sound of the studio to everyone. Audirvana presents music fans with a great user experience in both functionality and sound that reminds us all of our deep connection to great music.” 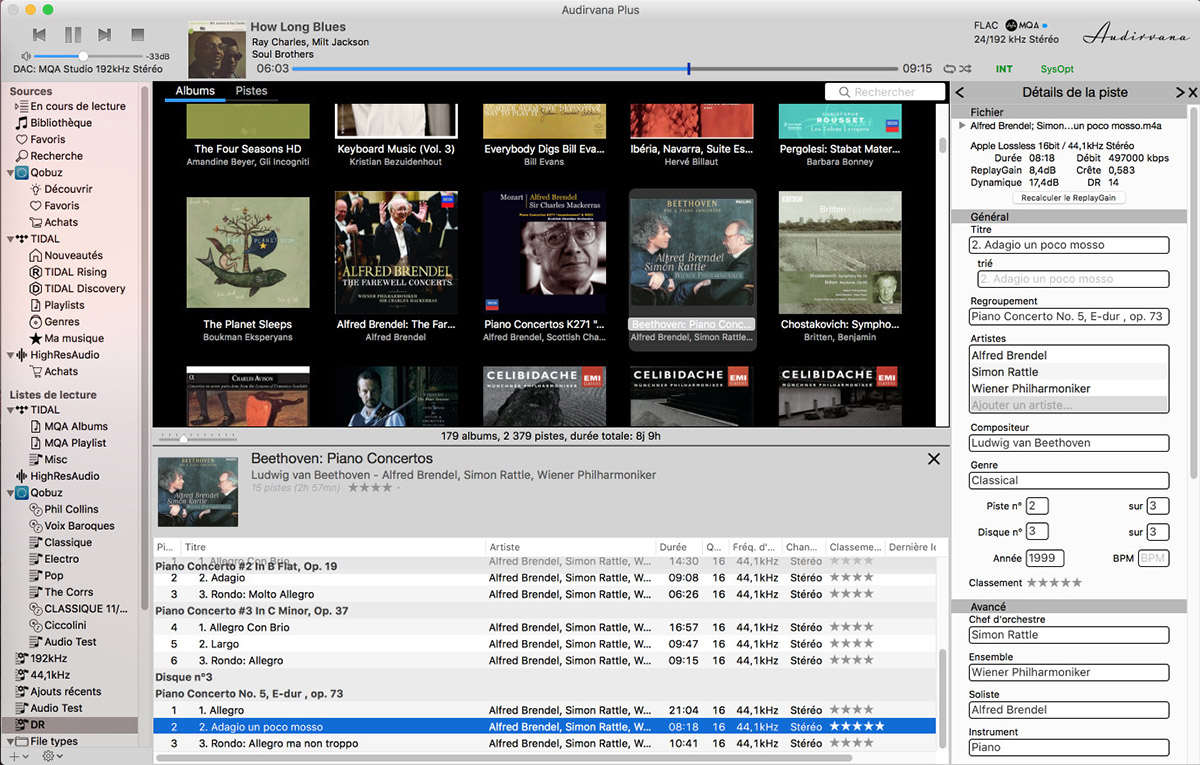 Audirvana is a French company which was founded in 2011 by Damien Plisson, a developer highly respected within the audiophile community. From the start, the company that created the hi-fi software player for Mac, Audirvana Plus, quickly gained recognition from audiophiles around the world. Thanks to its reliability and enhanced audio quality, Audirvana has won many supporters among sound engineers, both for studio use as well as at concerts.

MQA also available on CD
Since MQA remains essentially a PCM file on a FLAC container, it can also be delivered on a standard Red Book CD, allowing distribution of high resolution audio material on a physical support. The album “A. Piazzolla by Strings and Oboe”, recorded by the UNAMAS Piazzolla Septet and mastered by respected producer and mastering engineer Mick Sawaguchi, released by the Ottava label, is now the first MQA recording to be released on compact disc in Japan. 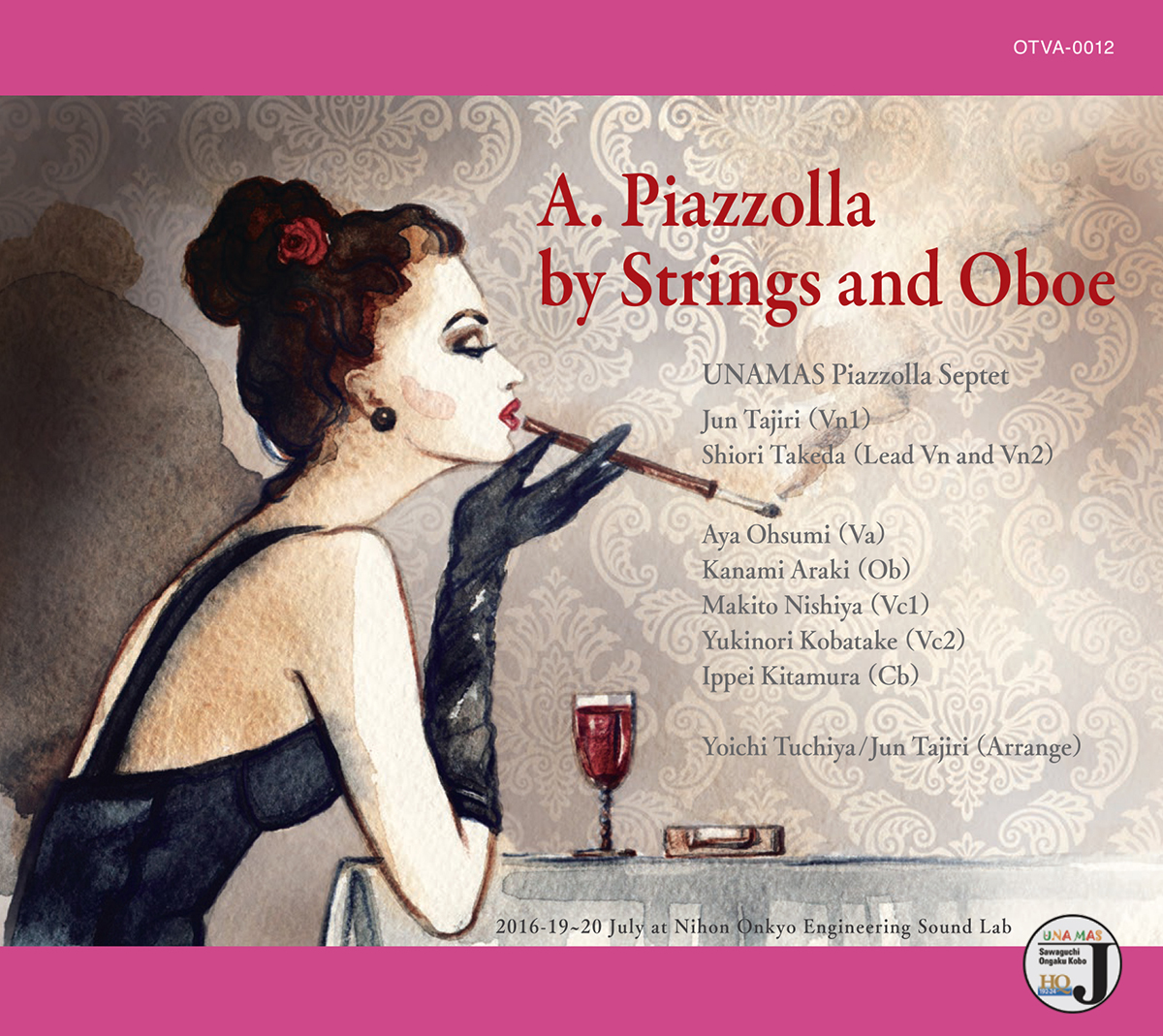 After attending a Japan Audio Society (JAS) seminar on MQA technology presented by MQA founder Bob Stuart in late 2016, Mick Sawaguchi and Synthax Japan’s managing director, Seiji Murai, realised that MQA could enable not only 48-24 coding but also 44.1-16 coding. “We were both excited by the prospect that CD, combined with MQA technology, could herald a new era of hi-res audio,” says Sawaguchi.

MQA technology captures and reproduces the original sound quality using less data, and the MQA CD works in exactly the same way as the MQA digital file. With a conventional CD player connected to an MQA-enabled device – such as those from Meridian, Mytek, Brinkmann and Technics – the MQA CD will ‘unwrap’ to the original sample rate. Sawaguchi compared a test MQA CD with a normal CD of the same recording at SONA Studio, played back on a CD player with a Meridian amplifier and loudspeaker systems. “Listening to the MQA CD was a great moment in my life, as it no longer sounded like music from a CD,” comments Sawaguchi.

Bob Stuart, MQA founder and CTO adds, “This exciting release demonstrates that innovative music creators, like Mick Sawaguchi, are embracing MQA as the best way to master and deliver their recordings. While MQA is ideal for streaming services like TIDAL, where studio quality sound can be streamed in smaller file sizes, we also appreciate the importance of the CD format in the Japanese market.”
www.mqa.co.uk | www.audirvana.com
related items