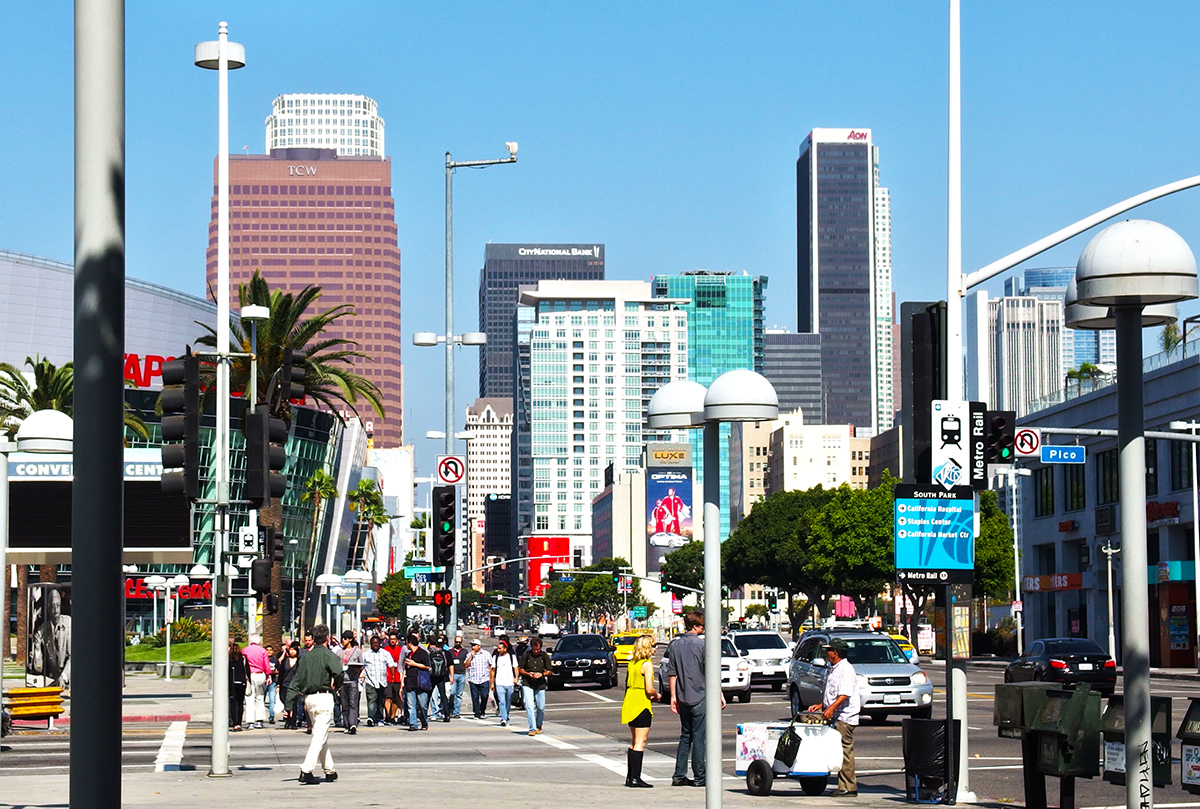 As the AES returns to Los Angeles for the 141st Convention, attendees will have the chance to become “Immersed in Audio” as they hear from the top engineers, producers and researchers in the industry over four days of Technical Program sessions, including Panels, Lectures, Workshops and Tutorials, as well as three full days of our popular gear exhibition, showcasing technology, hardware and software from top manufacturers and service providers.

The Exhibits-Plus registration option offers access to the Opening Ceremonies and Keynote and the annual Heyser lecture events, full exhibition access, as well as access to the training and information sessions on the exhibition area Live Sound Expo and Project Studio Expo stages, special event sessions, and more. An upgrade to the All Access badge offers all of this, along with four full days of exclusive in-depth Tech Program presentations, workshops, tutorials, and research papers and posters covering all things audio. 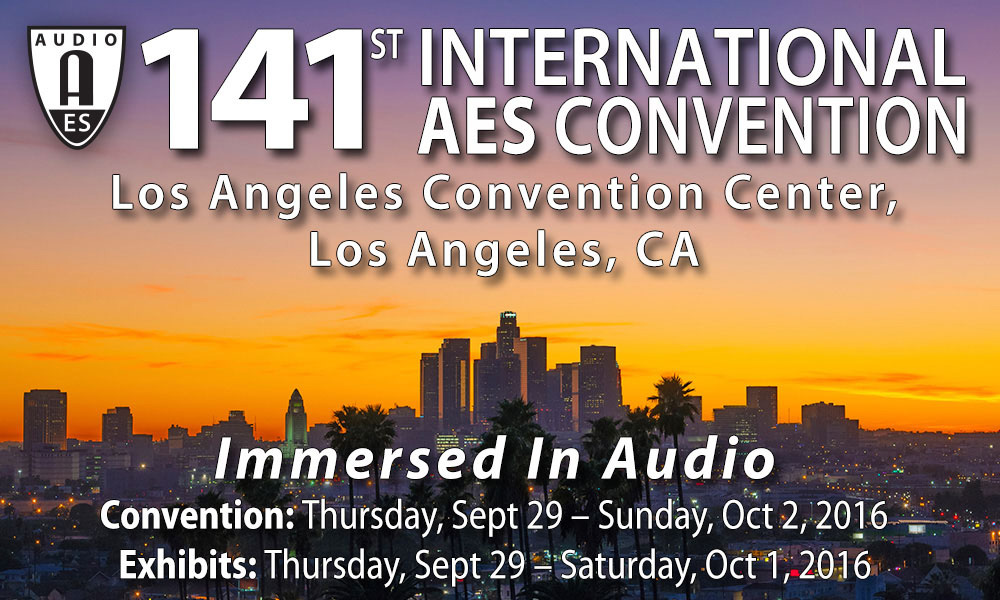 “We’ve been hard at work on our return to Los Angeles since our last convention there in 2014, which set west coast attendance records, and from which we continue to reap benefits in our AES E-Library archives and beyond,” states AES Executive Director Bob Moses. “Our experienced co-chairs, Michael MacDonald and Valerie Tyler, have once again assembled an all-star convention committee to coordinate the technical program. Our exhibition floor and AES Expo events continue to grow in size and popularity. This year, we are working to extend these offerings to new potential attendees, students, and enthusiasts who have a desire to be part of the professional audio industry. Whether a life-long audio pro, or simply curious about the latest audio app on your phone, the AES conventions truly offer something for all levels and interests, and we encourage everyone to spread the word as we look towards AES L.A.”

Attendees should sign-up now to take advantage of Early Registration pricing on multiple premium All Access options, which include the full Tech Program. Exhibits-Plus registration is FREE with advance registration, by using the promo code AES141NOW at checkout. Exhibits-Plus access includes the gear exhibition (September 29 – October 1), as well as the Project Studio Expo, Live Sound Expo and more.

Additionally, the first AES Conference on Audio for Virtual and Augmented Reality, will be co-located with the Convention on September 30 and October 1. Student and AES Member discounts are available for the AVAR conference, as are packages that combine event registrations. Exclusive priority housing rates are also available for attendees of either event through the aesshow.com website.

Audio for Virtual and Augmented Reality
The inaugural International Conference on Audio for Virtual and Augmented Reality has unveiled an expansive program of technical papers, workshops and tutorials for the two-day event to be held on September 30 and October 1, 2016, co-located with the 141st AES Conven­tion at the Los Angeles Convention Center’s West Hall.

The conference and manufacturer’s Expo will spotlight research institutions, developers and vendors that are providing immersive spatial audio for virtual-reality and augmented-reality media, demonstrably one the fastest-growing segments of the entertainment-audio industry.

Targeting content developers, researchers, manufacturers, consultants and students looking to expand their knowledge of sound production for VR and AR, a total of 27 technical papers will be offered during the two-day program, in addition to multiple practical workshops and tutorial sessions. Program content will focus on the AR/VR creative process, applications workflow and product development. The companion Expo will feature displays from leading-edge manufacturers and service providers. 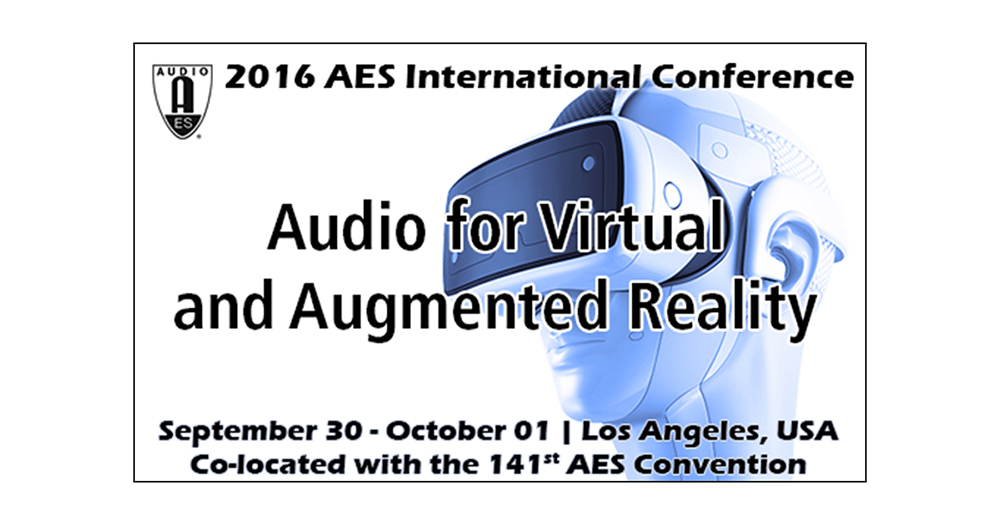 Chris Pike, Richard Taylor, Tom Parnell and Frank Melchior from BBC Research & Development will present a paper entitled “Object-based 3D Audio Production for Virtual Reality Using The Audio Definition Model,” during which they will describe the development of a virtual-reality experience with object-based 3D audio rendering, and eventual production of an audio mix in the form of a single WAV file. The Audio Definition Model is a standardized metadata technique for representing audio content, including object-, channel- and scene-based 3D audio.

In a paper entitled “Augmented Reality Headphone Environment Rendering,” Keun Sup Lee and Jean-Marc Jot from DTS will address binaural artificial reverberation processing to match local environ­ment acoustics, so that synthetic audio objects are not distinguishable from sounds occurring naturally or reproduced over loudspeakers, while a team from Qualcomm lead by Shankar Shivappa and Martin Morrell, in a paper entitled “Efficient, Compelling and Immersive VR Audio Experience Using Scene Based Audio/Higher Order Ambisonics,” will focus on mechanisms for acquiring and deliver­ing live soundfields for VR productions.

Durand Begault from NASA ARC, in a paper entitled “Spatial Auditory Feedback in Response to Tracked Eye Position,” will focus on securing spatial auditory feedback about whether or not the user’s gaze is specifically directed towards a desired position, while Tim Gedemer and Charles Deenen from Source Sound will present a paper entitled “Mars 2030: A Virtual Reality Manned Mars Mission as Predicted by NASA Scientists in 2016,” which will describe the challenges of creating of a virtual-reality simulation for NASA’s planned manned mission to the Red Planet. Johannes Kares and Véronique Larcher from Sennheiser, in a paper entitled “Streaming Immersive Audio Content,” will describe ways in which engineers can create immersive audio content for live streaming.

“Other papers will throw a technical spotlight on perceptually-based approaches to creating immersive soundscapes for VR applications, and ways of individualizing spatial audio with ear shape modeling,” says conference co-chair Andres Mayo. “In fact, we have secured exciting contributions from a wide cross section of leading practitioners in the field of audio for VR and AR, including representatives from companies actively developing immersive sound solutions, as well as representatives from the academic world that are spearheading research into new development fields.”

Costs range from $195 for a 1-Day Pass for AES members ($295 for a 2-Day Pass) and $125 for accred­ited students, to $280/$435 for non-members; early-bird discounts are available through August 31st. Conference registrants can also attend the 141st AES Convention’s companion exhibition plus selected educa­tional sessions and special events free of additional charge with an Exhibits-Plus badge; Combination 141st Convention and AVAR Conference registrations are also available.
www.aes.org/avar
To register now for the AES Los Angeles convention or to book accommodations visit: aesshow.com
related items