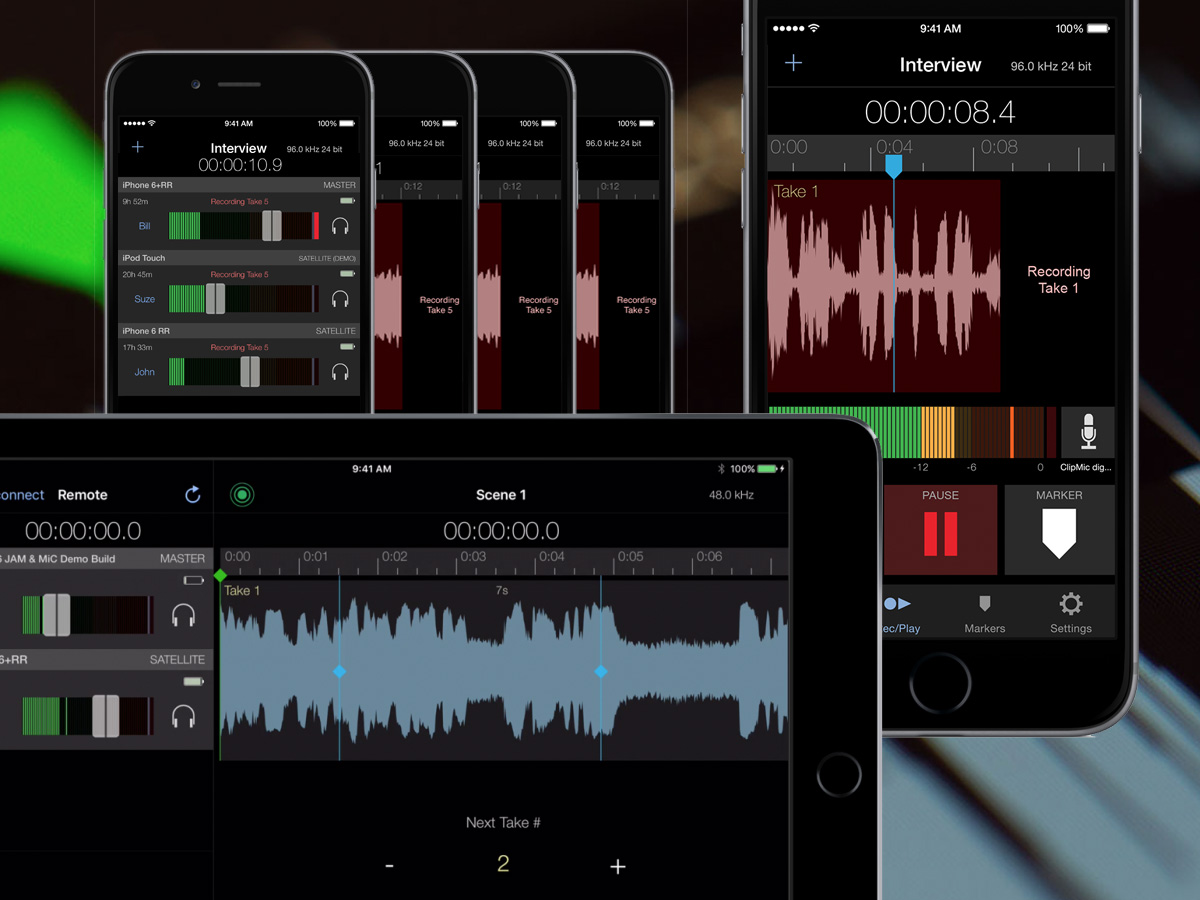 MetaRecorder is a two-channel audio recording app from Apogee that allows professional-quality sound to be recorded on an iPhone. It enables audio recording of the highest quality at 24-bit/96kHz and is designed to work seamlessly with Apogee products including MiC+, ONE, and Duet, as well as Apogee co-developed products such as Sennheiser ClipMic digital and MKE 2 digital lavalier microphones.

With the additional purchase of the UltraSync BLUE module iOS users can wirelessly sync audio and video from up to 4 devices over Bluetooth with a range up to 10 meters. The BLUE timecode protocol is currently compatible with two iOS apps: Mavis Camera and Metarecorder. Once the Bluetooth connection is established within the Mavis Camera app (for video) or Apogee Metarecorder (for audio) each connected device will be synced and ready for recording. Timecode from BLUE is automatically embedded in the media files’ metadata for easy sync when using your favorite Mac editing app.

The recently announced UltraSync BLUE is the first device to enable iOS users to wirelessly sync audio and video from up to four devices over Bluetooth with a range up to 15 meters. The Apogee MetaRecorder app and the MAVIS Camera app have both adopted support for Timecode Systems’ new patented system which, for the first time, allows sound and video recorded on an iPhone to be synced with sub-frame accuracy using Timecode over Bluetooth. Timecode from UltraSync BLUE is automatically embedded in the media files’ metadata for easy sync when using your favorite editing app. Apart from timecode, users are able to add metadata such as keywords, markers and notes or favorites on the fly, as well as customize audio file names. 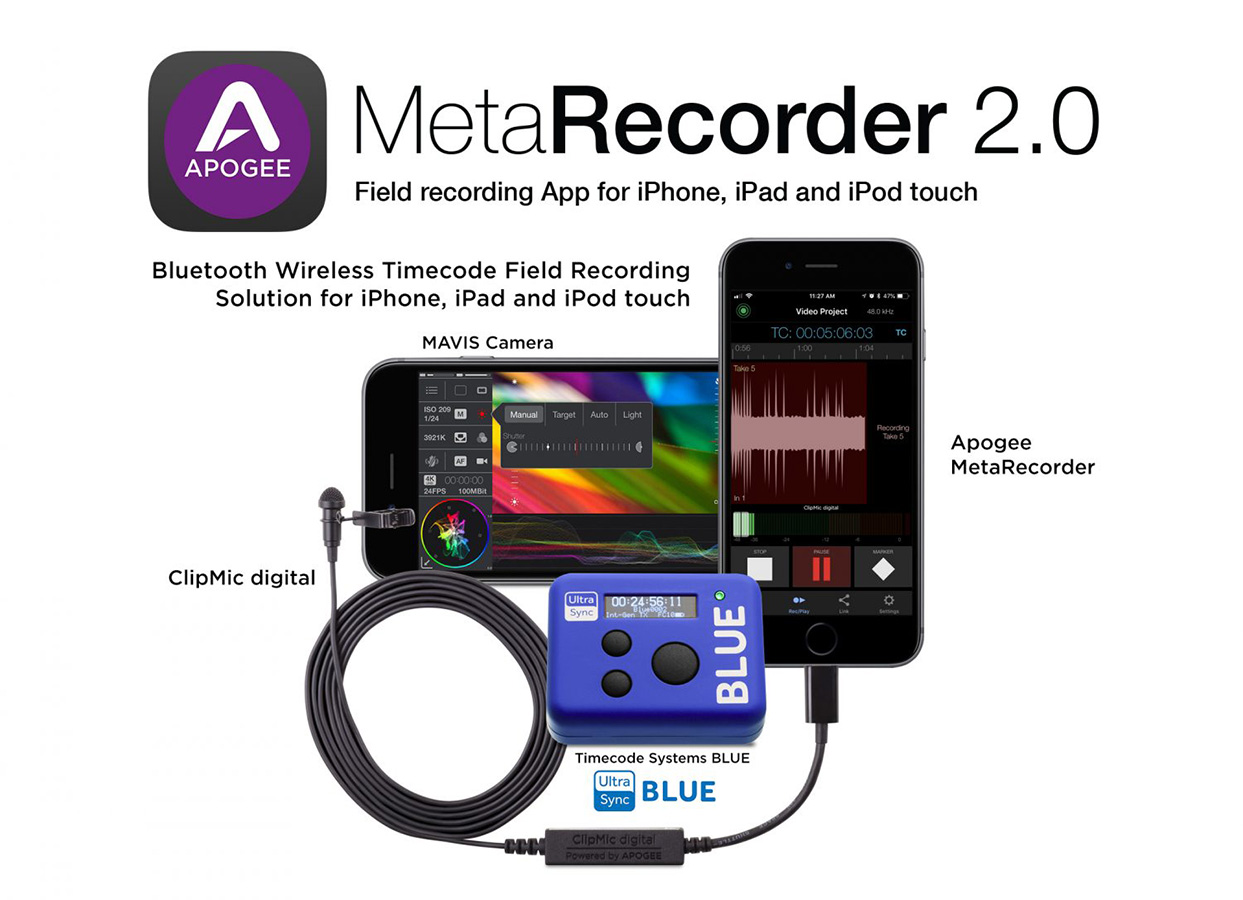 Metarecorder 2.0 is now available as a free download on the app store. The Timecode upgrade for MetaRecorder that adds support for UltraSync Blue is available as an in-app purchase for $2.99. 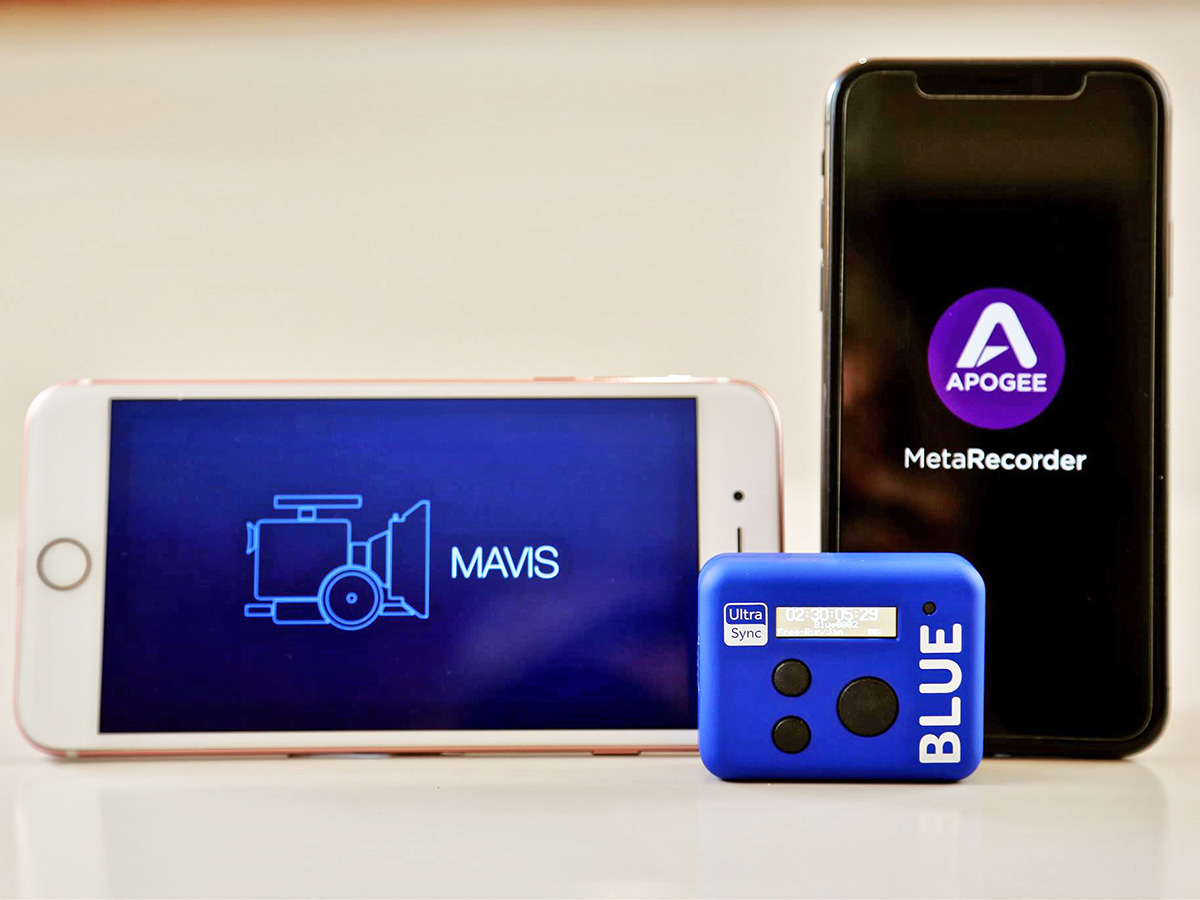 UltraSync BLUE
Advancements in camera and sound recording technology mean smaller, more affordable consumer devices, such as the iPhone, are now routinely used to capture additional content on professional shoots. The ability to accurately combine these creative camera angles with content from professional cameras and separately recorded sound is key to creating compelling, multidimensional content efficiently. However, without the benefit of extremely precise and robust external timecode, editing together footage from multiple iPhone devices is a time-consuming, manual process.

Once these apps are connected to an UltraSync BLUE, timecode can be transmitted wirelessly over Bluetooth to the iPhone, where it is embedded directly into media files generated from video shot on the MAVIS app or sound captured on MetaRecorder.

This allows crews to use one UltraSync BLUE to sync up to four iPhone cameras shooting in close range over Bluetooth. Alternatively, crews can use UltraSync BLUE to sync the iPhone over robust, long-range RF to other camera and audio recorders using Timecode Systems units, or even equipment containing a Timecode Systems OEM sync module (for example, the AtomX SYNC extension module for the new Atomos Ninja V).

"The addition of a timecode workflow to our MetaRecorder 2.0 audio recording app for iOS will be an exciting and valuable feature for our customers," says Betty Bennett, co-founder and CEO of Apogee Electronics. "Adding accurate timecode metadata to the WAV file opens up huge possibilities for creating a multitrack audio recording that can sync with a multicamera iPhone shoot using the MAVIS camera app or a professional time-coded broadcast or digital movie camera using Timecode Systems' other wireless sync products. The features of MetaRecorder already offer an intuitive and streamlined workflow for Final Cut Pro with XML metadata tagging. Adding timecode metadata to our files is another step towards a world of synchronized collaborative content generated from a broad spectrum of creators and devices."
www.timecodesystems.com | www.apogeedigital.com
related items