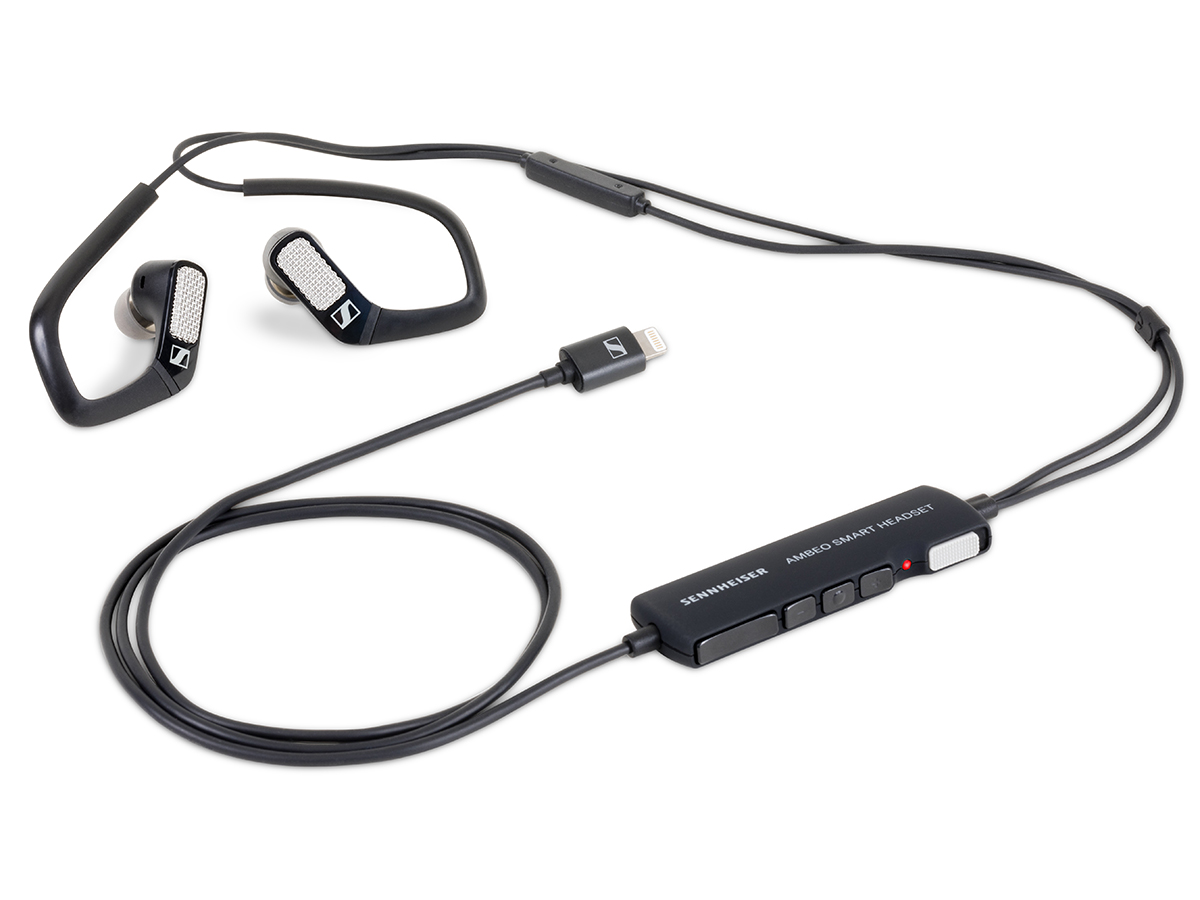 The AMBEO Smart Headset connects to the Lightning connector on any iPhone or iPad and allows users to create videos with an immersive, life-like 3D sound that "places the viewer at the heart of the moment." That's been the pitch for the jointly-developed binaural headset since the original presentation at CES and NAMM 2017. But now, Sennheiser is also highlighting the product as a Smart Headset, featuring a high fidelity listening experience, plus the ability to blend in surrounding sound or tune it out, considerably widening its appeal to potential buyers. And while the AMBEO Smart Headset does indeed provide noise cancelling and offers nice reproduction, the built-in microphones effectively open a world of interesting new possibilities and use-cases when combined with the dedicated iOS app. 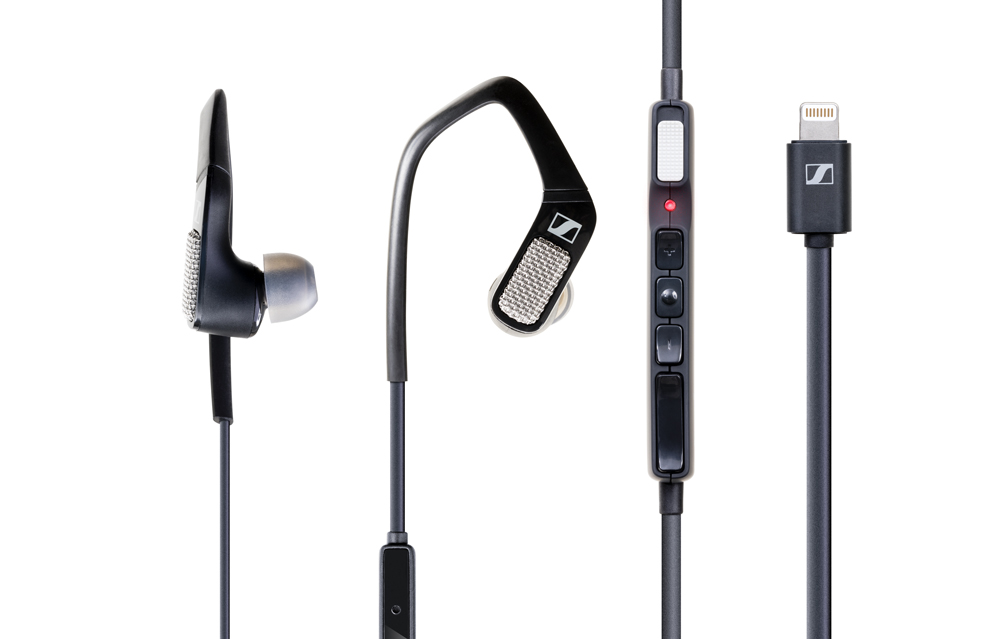 The new all-black version of the AMBEO Smart Headset will be promoted on Apple.com and in Apple Stores precisely for its "hearing enhancement" and environment personalization abilities, and that's significant. As Sennheiser highlights, "Blend the sounds around you with your music — or tune them out. Using the AMBEO Smart Headset’s built-in mics, the Transparent Hearing feature lets you hear outside sounds to create the perfect balance between your surroundings and your music. This is ideal for bikers, walkers, joggers and anyone else who wants to be aware of what is going on around them without removing their headphones. When it’s time to tune out your environment, the AMBEO Smart Headset’s Active Noise Cancellation blocks distracting sounds around you so you can enjoy your music and videos."

Of course, the binaural recording capabilities and the built-in professional microphones are also promoted, but the wording is cleverly adapted to what consumers might perceive as an immersive experience. "Whether you’re traveling the world, at a concert or at home for the holidays, sound recorded with the AMBEO Smart Headset will place the listener inside the soundscape of the location. Listening back to the recordings created with AMBEO Smart Headset through any stereo headphones will immerse you in stunning 3D sound, replicating the spatial direction and the feeling of the original experience," Sennheiser says.

Clearly, Sennheiser is also pitching the innovative concept for its high-fidelity sound qualities when used to listen to music or videos. After all, the design of the AMBEO Smart Headset, "Inspired by Sennheiser and Apogee’s combined 100-year history of audio excellence," should provide a superior sound quality listening experience compared with most cheap earbuds that are shipped with smartphones. Inside the AMBEO headsets, users will find high-quality Sennheiser drivers, combined with Apogee’s proprietary Soft Limit and mic preamp plus precisely tuned A/D and D/A conversion. 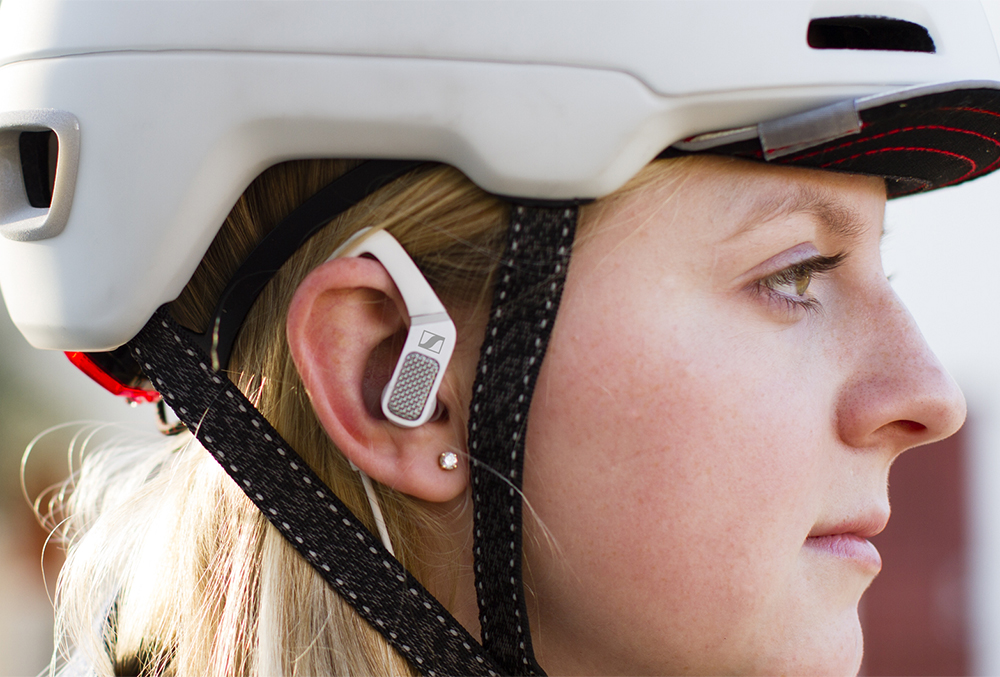 And talking about smartphones, Sennheiser doesn't forget that the AMBEO Smart Headset also makes and receives phone calls. The headsets include an additional built-in microphone and, additionally, using voice control, users can activate Siri voice assistant on any iOS device at any time. 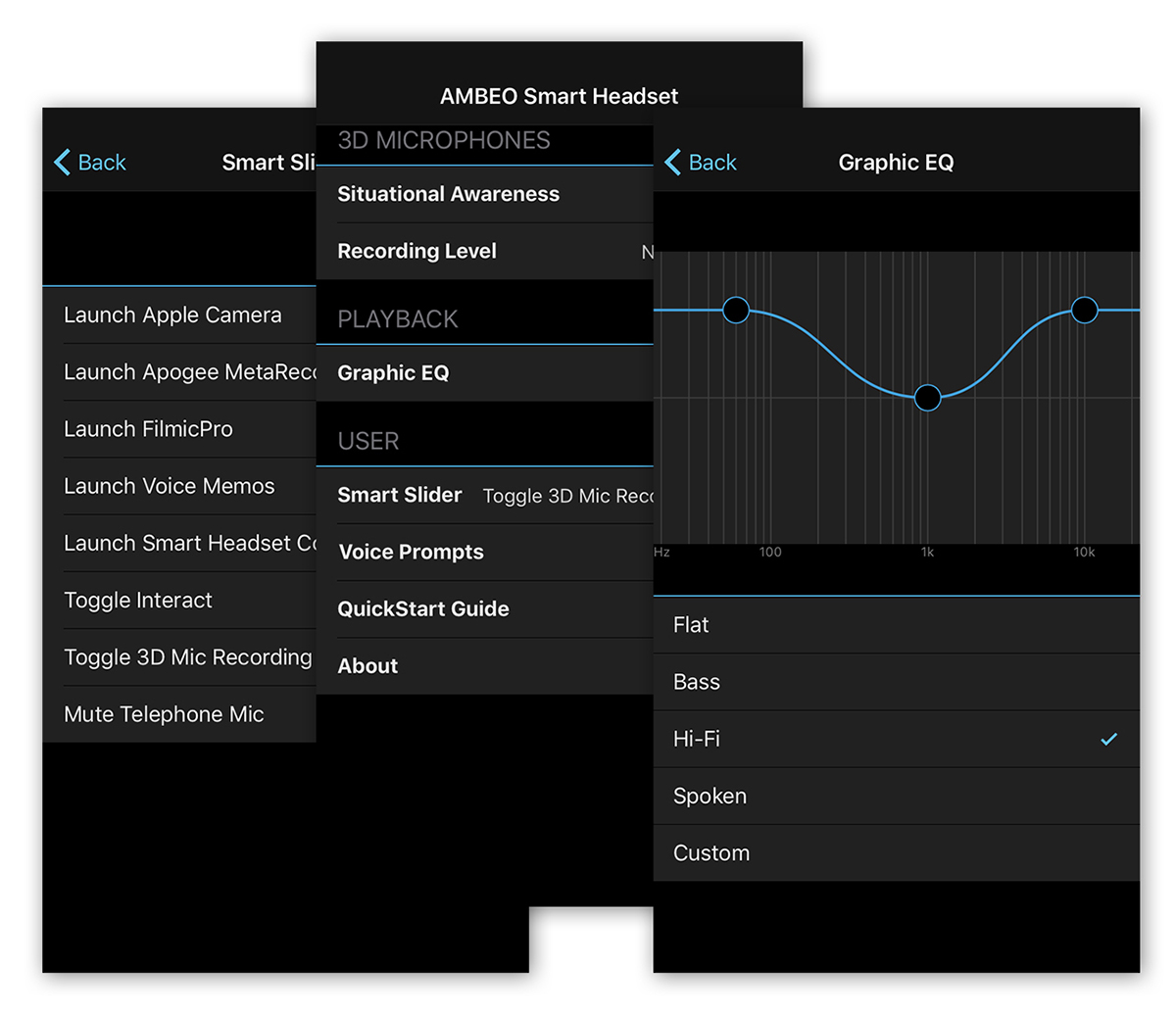 No doubt, one of the strongest arguments for users interested in combining all the technology embedded in the AMBEO Smart Headset is the dedicated app for iOS and the strong integration with Apple's devices. Users can manage the Transparent Hearing that lets hear the sounds around them and blend the surrounding environment with audio from the iPhone, while Active Noise Cancellation in fact benefits from the high quality binaural microphones.

For now, the app is an iOS exclusive, and the reason why Sennheiser is making the new black version available exclusively at Apple. The white version is available since May 2017 in other retail channels. Both retail for $299 USD.
www.apogeedigital.com | www.sennheiser.com
related items