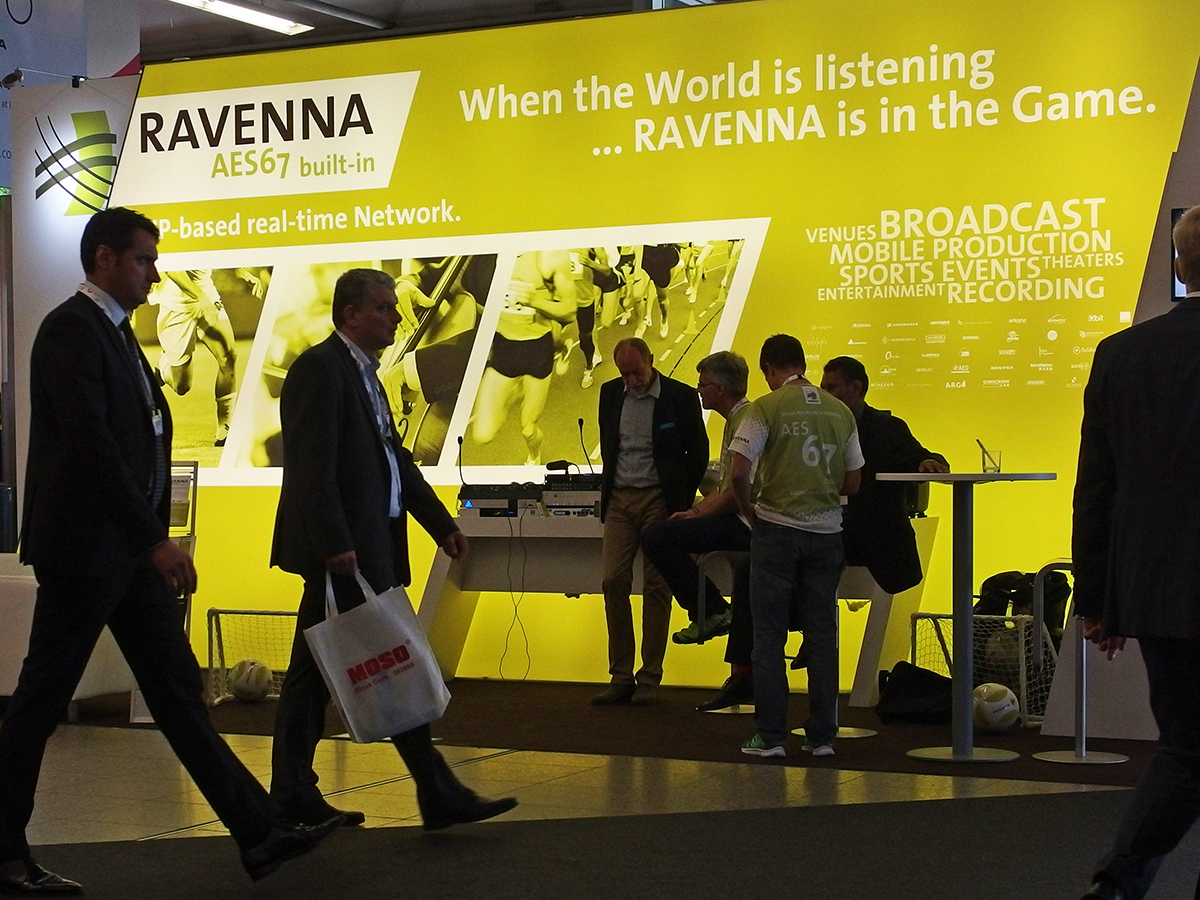 At the IBC 2016 show in Amsterdam there was a clear momentum towards audio and video over IP networking interoperability efforts and in particular AES67 implementations among audio manufacturers. If some of the main hurdles around AES67 have been already surpassed, applications such has broadcasting systems actually need to go a step further to make AoIP interoperability truly flexible and transparent. The RAVENNA consortium, directly supported by the ALC NetworX engineering team, was following many of the interoperability demonstrations, working in particular with manufacturers who recently implemented AES67 on their existing solutions, supporting Audinate’s Dante, Livewire and other protocols. That engagement resulted in the development of new tools, such as the new RAVENNA-to-SAP freeware conversion tool.

ALC NetworX’s Andreas Hildebrand explains why RAV2SAP is important. “Most people would agree that, in an ideal world, when setting up a network, it would be wonderful not to be limited in one’s choice of devices on the network, or indeed one’s choice of network protocol because of incompatibility issues. The AES67 standard for high performance AoIP interoperability was published in 2013 in order to provide some common ground and basic guidelines for manufacturers wishing to incorporate interoperability capabilities into their products.”

Crucial to the success of any network is connection management between devices and the exchange of SDP (Session Description Protocol) data which describes specific stream characteristics and connection information. The AES67 standard doesn’t mandate for any specific connection management methods as different solutions exist depending on the application. In RAVENNA, the SDP data is conveyed via the RTSP protocol which is a common method in layer 3 (IP) streaming applications. Other systems, in particular Audinate’s Dante protocol, exclusively utilize the SAP (Session Announcement Protocol) protocol for SDP data transfer. However, since they offer no manual means for SDP data read-out or entry, they cannot connect to other AES67 devices unless these also support SAP. 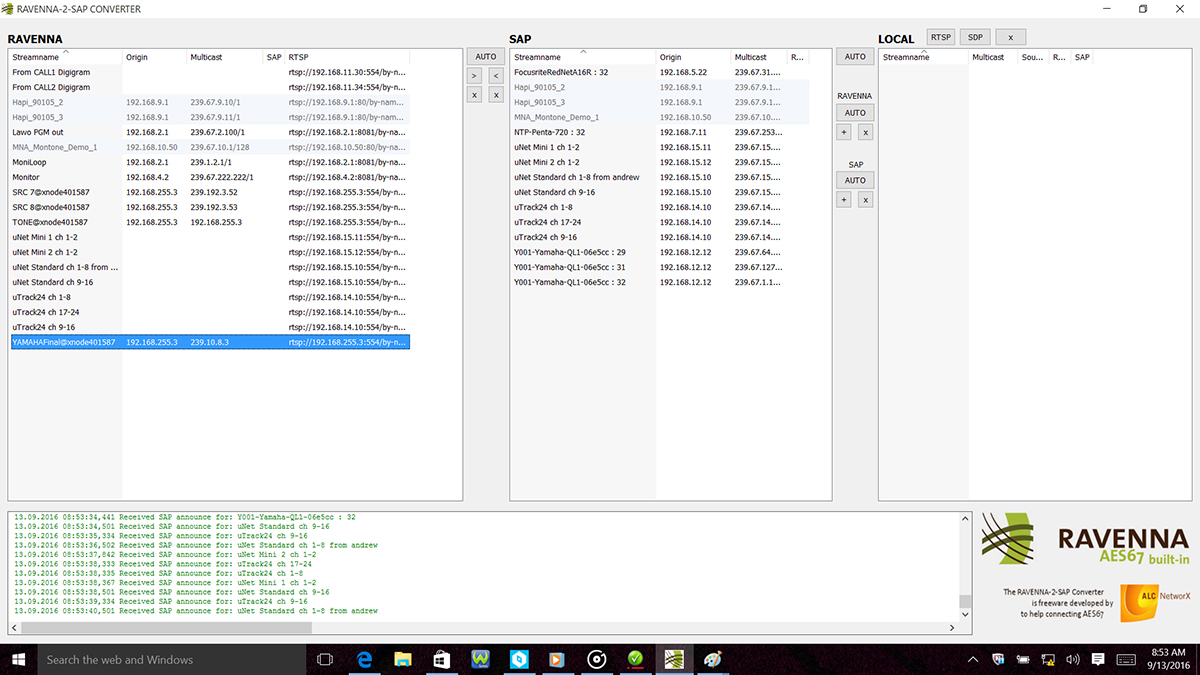 “While some RAVENNA devices have implemented SAP in addition to RAVENNA’s standard SDP data exchange method, we felt that interconnectivity would be greatly facilitated if a generic RAVENNA-to-SAP converter providing a translation service between RAVENNA and SAP announcements were available,” observed Hildebrand. “Furthermore, since the RAV2SAP converter supports manual entry and read-out of SDP data as well as automatic translation, it also enables devices not adhering to the RAVENNA or Dante technology realm to connect to any available AES67 stream via manual SDP data exchange, as well as acting as a great diagnostic tool for monitoring exchanged SDP data.”

Hildebrand concludes: “Since RAVENNA and AES67 are both based on an open technology approach utilizing the same principles and protocols, and RAVENNA has always advocated open interconnectivity, we decided to make the converter available as a freeware tool, downloadable from the RAVENNA website.”
www.ravenna-network.com
related items