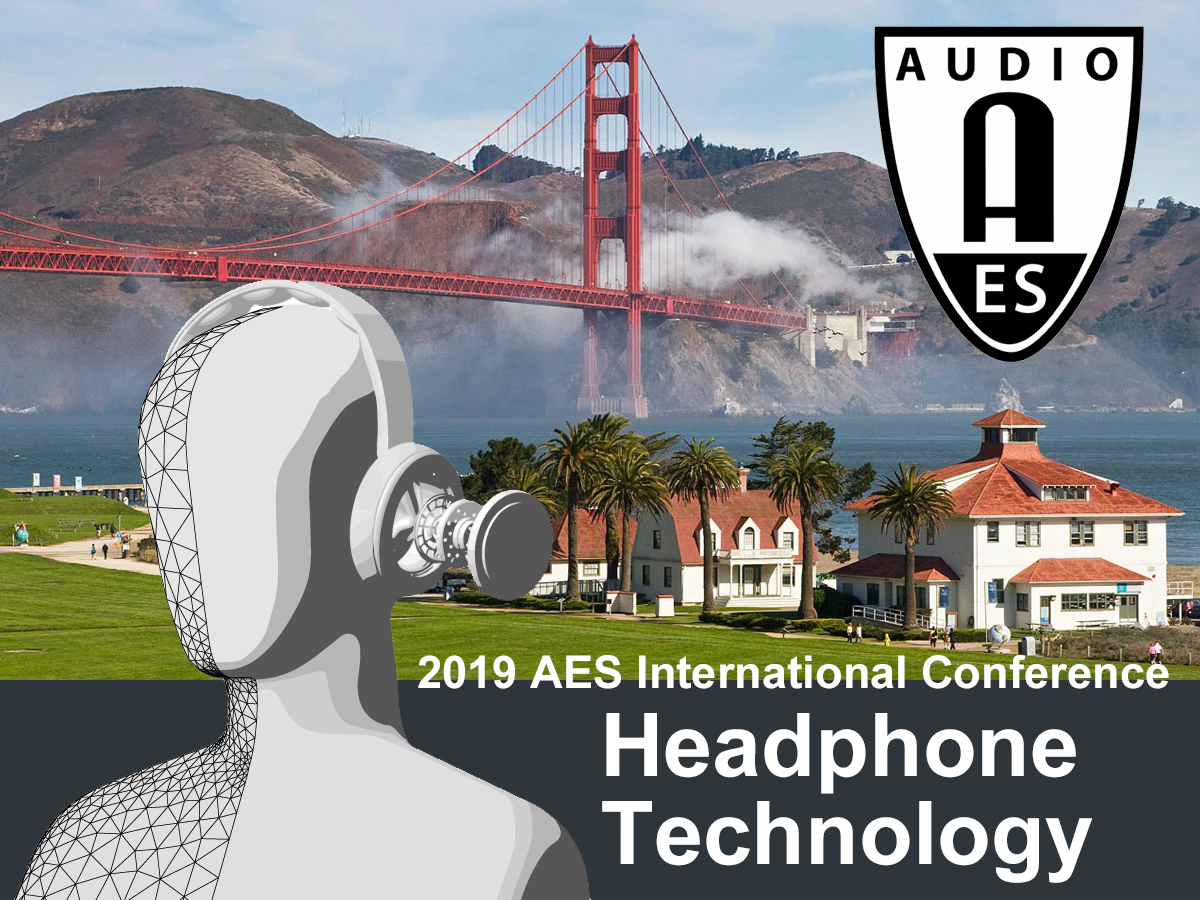 The first - and very successful - edition of the Conference was held in August 2016 in Aalborg, Denmark, following a first experiment in 2013, with a conference on Loudspeakers and Headphones in Helsinki, Finland. The Aalborg event received approximately 160 registered participants and more than 40 paper and keynote presentations, with 20 companies promoting demonstrations. As Sean Olive, AES conference chair, stated then, this was one of the most successful AES international conferences ever and the level of interest largely surpassed the organization's expectations, in terms of sponsorships, number and quality of papers submitted, and registrations - a clear indication of the industry momentum for headphones and in-ear applications.

Three years later, the AES conference on Headphone Technology in San Francisco, once again focuses on technologies for headphones with a special emphasis on the emerging fields of Mobile Spatial Audio, Individualization, Assistive Listening and Audio for Augmented Reality. It will gather scientists, developers and practitioners who are involved in theory, technical design, application or evaluation of headphone technology. The conference will be an interdisciplinary gathering encouraging fruitful discussions across the headphone, hearing aid and audio delivery industries.

The choice of San Francisco for this event is also not a coincidence, being the home base for many headphone brands and some of the largest technology companies, some of which are directly sponsoring the conference. San Francisco is also a melting pot of a multitude of European and Asian cultures and the origin of the "easy living" west coast attitude towards life, and it is the home of some of the world’s most innovative digital industries in audio and sound for cinema and gaming. Located in the San Francisco Bay and known for its cool summers, fog and steep rolling hills, it offers popular tourist destinations like the Golden Gate Bridge, cable cars, Fisherman's Wharf and its vivid Chinatown district. An ideal setting for a fascinating and informative conference!

The AES International Conference on Headphone Technology takes place at the Golden Gate Club, Presidio, San Francisco. Built in 1949, the Golden Gate Club was once the enlisted men’s service club and the site of several historic treaty signings. Today it is a popular celebration and meeting venue on the Main Post, the cultural heart of th​​e park. The site features views of San Francisco Bay, the Golden Gate Bridge, Alcatraz, and the Presidio forest.

Relevant and Timely Content
The second AES International Conference on Headphone Technology will gather scientists, developers and practitioners who are involved in theory, technical design, application or evaluation of headphone technology. The conference will be an interdisciplinary gathering encouraging fruitful discussions across the headphone, hearing aid and audio delivery industries. 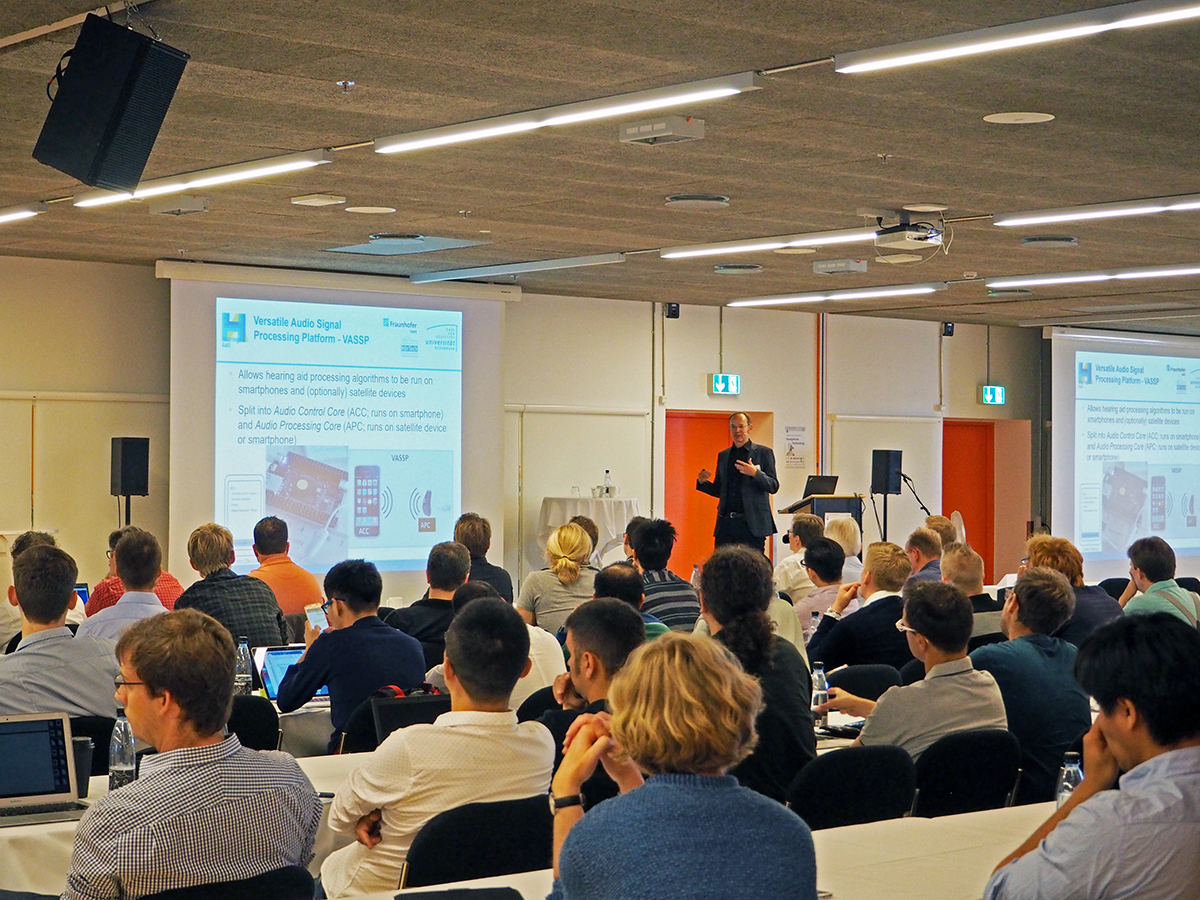 Klippel Workshop
Klippel will present a workshop on “Measuring 3D Directivity of Microphones and Radiated Sound in Headsets and Hearables”. This workshop discusses practical approaches for automated measurement of three-dimensional audio directivity information in product development of modern head-worn personal audio devices. It focuses on the primary acoustic data, such as microphone response, that is crucial input data for effective DSP algorithms. In addition to measuring directivity patterns of individual microphones integrated in distributed microphone arrays, this workshop also addresses smart approaches for testing and evaluating near-field sound radiation like acoustic leakage.

Modern digital headsets such as true wireless earphones or so-called hearables, the bridging devices between consumer products and hearing aids, are much more than just miniature speakers with a microphone attached to them. In addition to simply playing music and providing hands-free telephony, such devices are more and more becoming personal assistants for an augmented reality experience.

Multiple miniature microphones (e.g. MEMS) may be accommodated in a small audio device or even distributed over various interacting wearable devices (e.g. smart glasses) in order to provide the required distributed primary acoustic data for high-level algorithms that exploit directivity information (e.g. time of arrival for beam steering). For the R&D engineer, this is a complex challenge, and therefore it is crucial to focus on the mecanical-acoustical design problems before integrating and tuning multi-channel DSP algorithms.

The workshop aims to provide attendees all the relevant information to inspire developers to implement new pro audio and consumer products, providing unique insights into the functionality of this spatial audio technology and an opportunity to interact with the Waves Nx team leaders including Q&A and interactive demo materials. 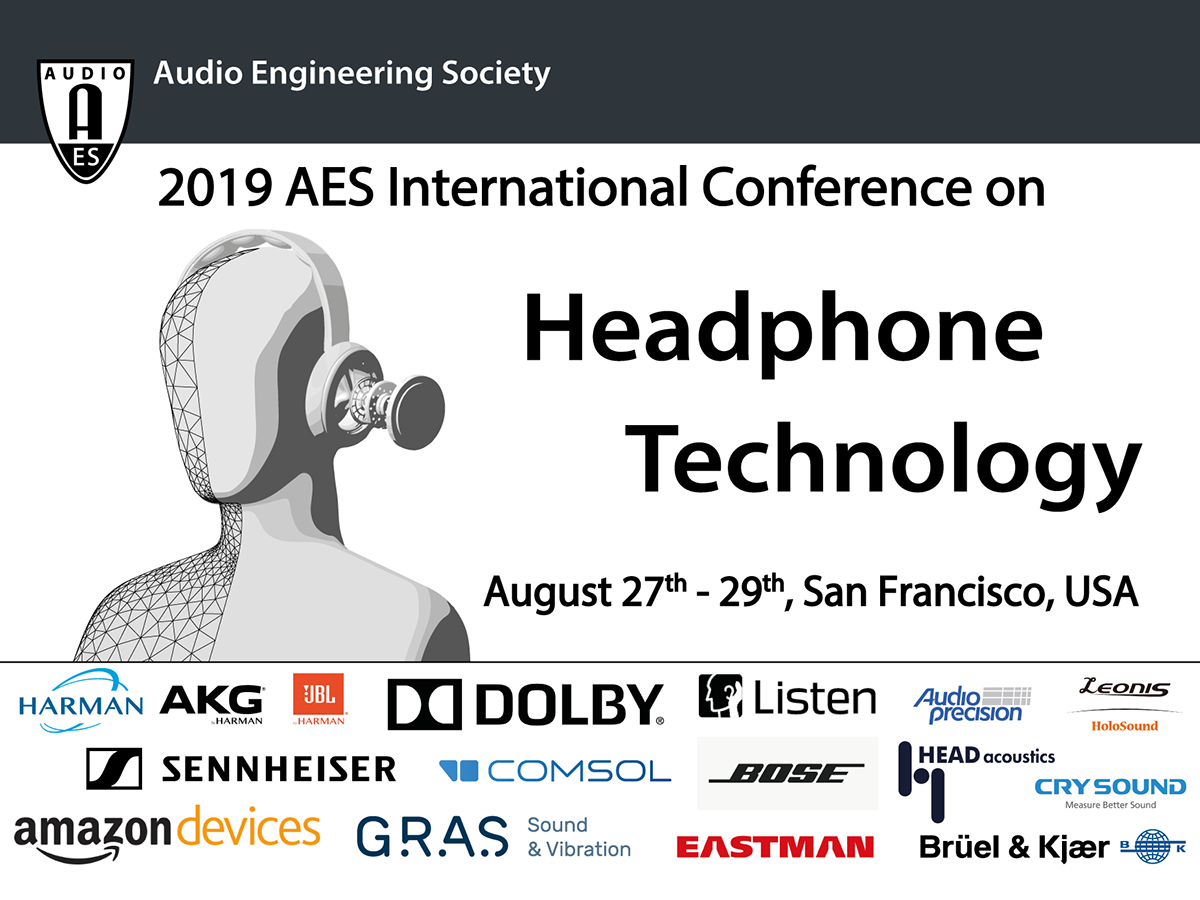 Some social activities confirmed for the conference include an evening event hosted by Dolby Laboratories at its downtown San Francisco facility, including food and beverages. Dolby’s purpose-built event space on the ground floor includes the Dolby ATMOS Cinema, where short screenings for small groups will take place, demonstrating the ATMOS system for 3-D surround sound.

A second event will take place within the Presidio at the Disney Family Museum. Tours of the museum, including the history of film animation and the creation of Disneyland, will be followed by a reception within the museum.