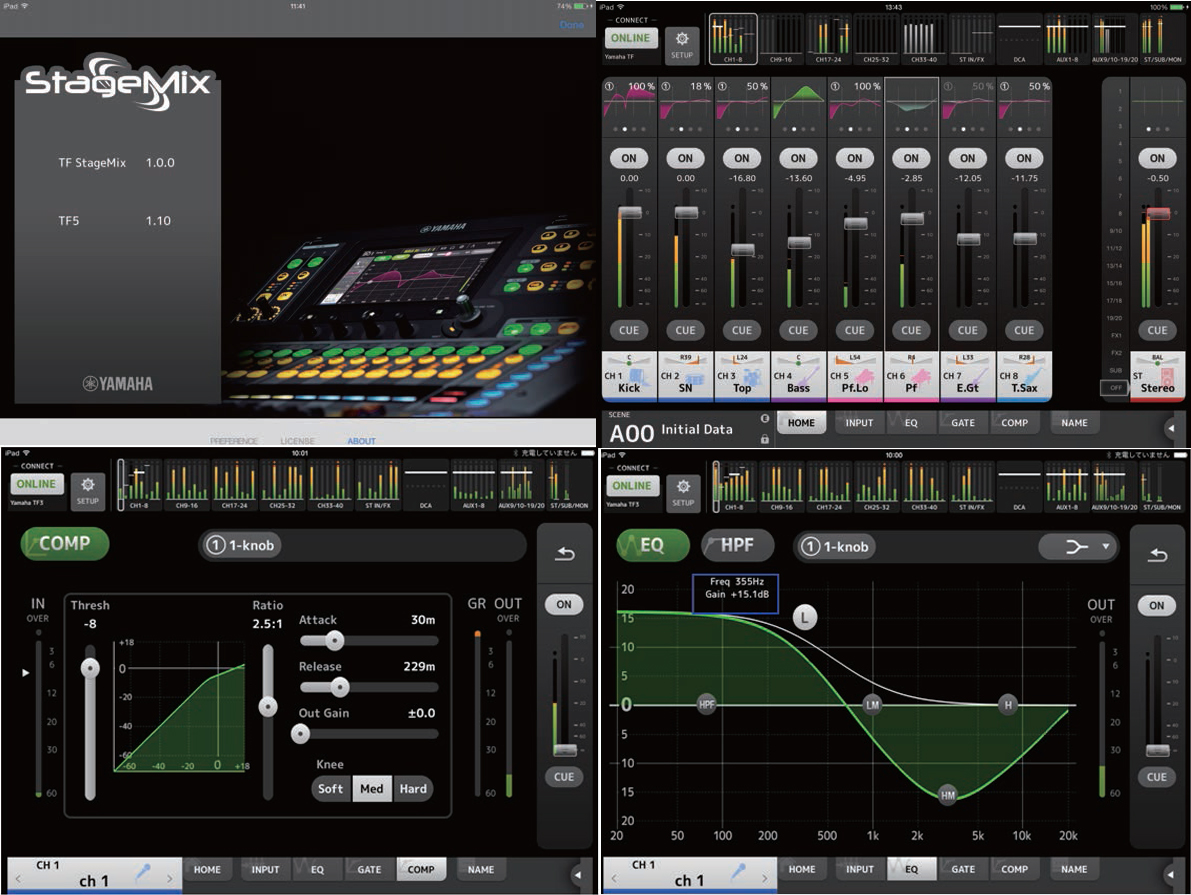 TF StageMix allows remote mixing of TF series consoles from audience seating, in front of floor monitors, or any other listening position. It can also be used at the console as an extension of the console’s own interface. The TF StageMix interface is designed for similar operation and flow to the console display, making it easier than ever to refine the mix from any location using a simple touch interface that directly controls mixing parameters, including channel strip, noise gate, compression and EQ.

With the launch of its new TF series, Yamaha continues to enhance the capabilities of digital mixers, offering advanced features at an exceptional price point to an even wider range of users. Aimed at new users and experienced professionals looking to get working faster than ever, the TF series brings time saving performance capabilities, such as fast, accurate gain setup, single step compression and EQ, and microphone specific presets to even the most modest sound reinforcement applications. 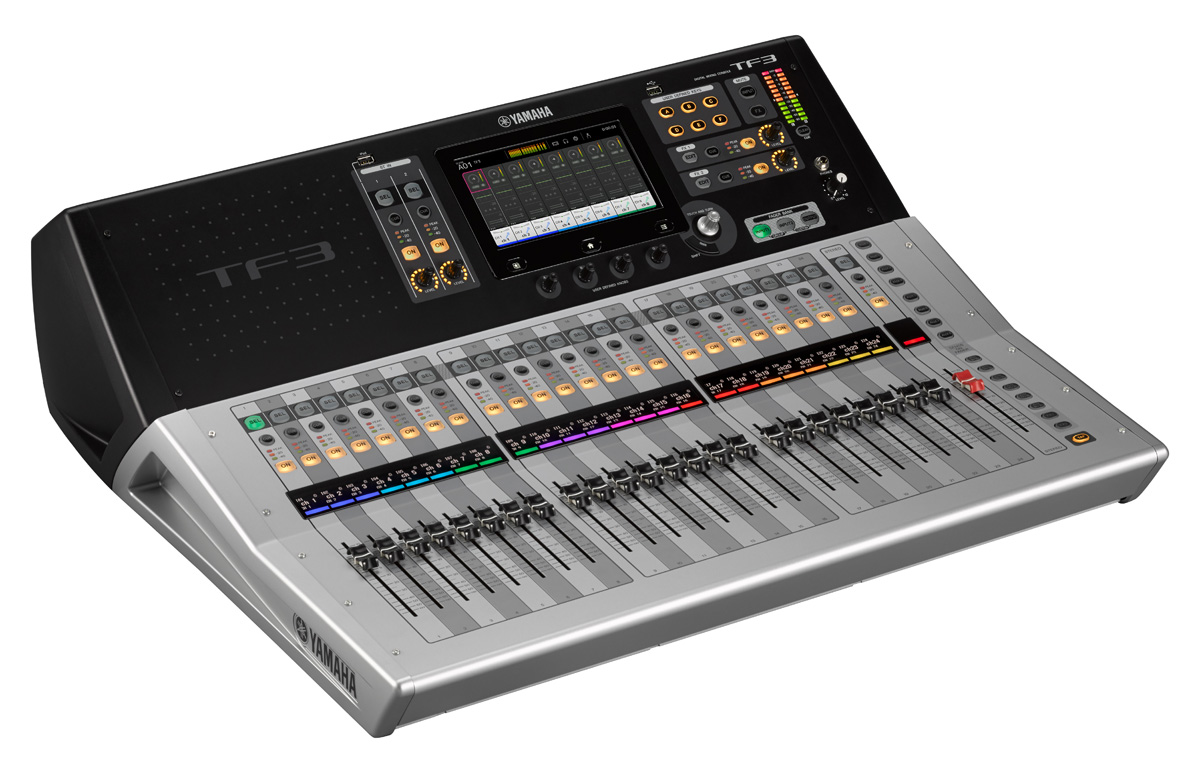 The TF series (which stands for TouchFlow Operation) comprises three compact, performance-packed digital mixing consoles, the TF5, TF3 and TF1, which feature 33, 25, or 17 motor faders, respectively, along with 32, 24, or 16 rear-panel analog inputs. Each console includes recallable Yamaha D-PRE preamplifiers for the first time in a digital console, which facilitates support for live music and events where full setup changes need to be made on the fly.

There are a total of 48 inputs on the TF5 and TF3, with 40 on the TF1, including dual stereo analog/USB digital inputs and dual returns. Advanced live recording features include up to 34 x 34 channel recording and playback via USB 2.0 and 2 x 2 with a USB storage device. All of this, plus seamless operation with high-performance I/O racks, makes the TF series an outstanding choice for a wide range of applications.

TouchFlow Operation is a new approach to console control that combines elements of Yamaha’s well-regarded user interfaces with an advanced touch panel system, allowing sound engineers to respond to the music and artists on stage with unprecedented speed and freedom. Experienced engineers and newcomers alike will find it easier than ever to achieve the ideal mix.

The TF mixers also provide a range of input and output channel presets created in cooperation and consultation with leading microphone manufacturers Shure, Sennheiser and Audio-Technica, as well as accomplished engineers. The input channel presets are made to match a span of musical instruments and voices, covering parameters such as head amp gain, EQ, dynamics and much more, right down to details like channel name and color. Output channel presets include parameters optimized for in-ear monitors and Yamaha powered speakers, with variations to match different environments and room sizes.