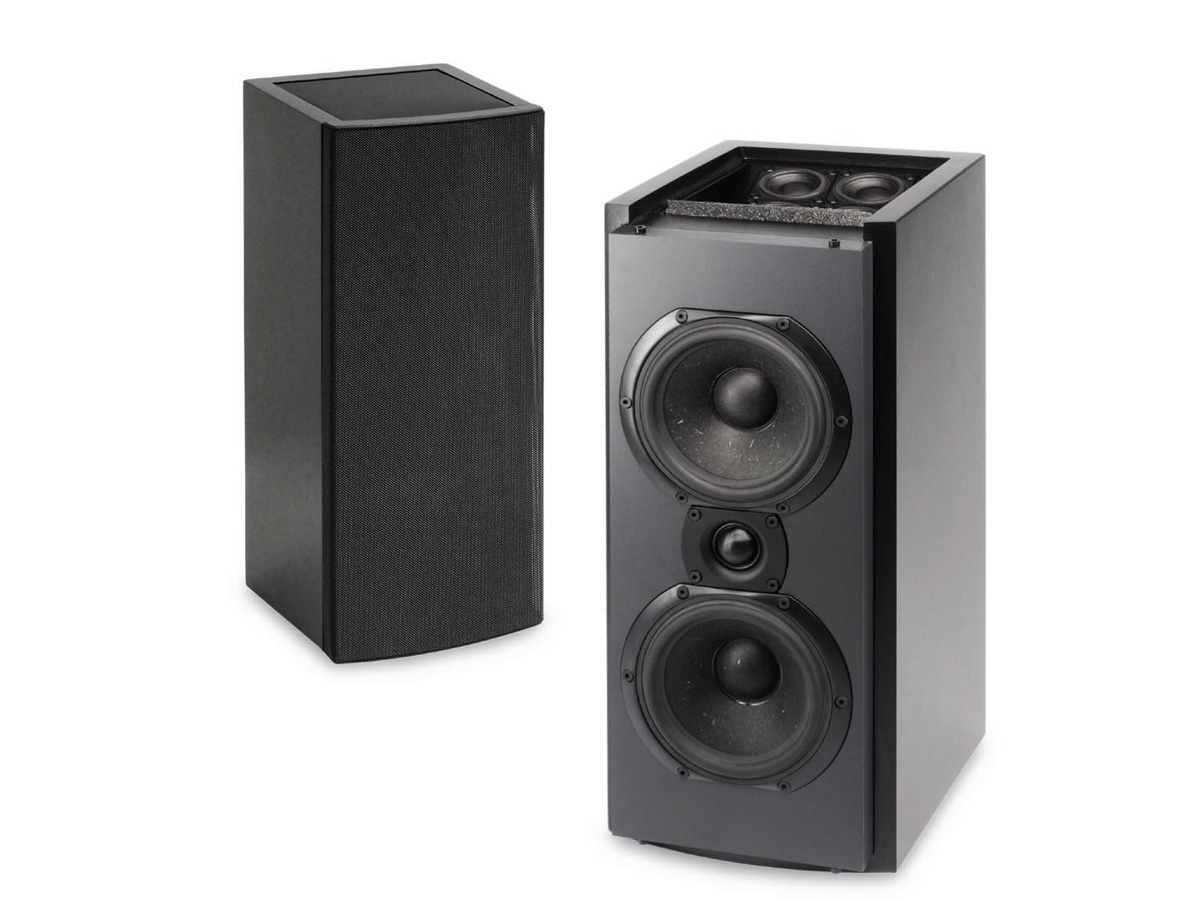 The Bronze LR-H, which became available for sale late last year, is an in-room loudspeaker that utilizes a traditional D’Appolito design (2 front-firing 5.5-inch drivers with a 1-inch tweeter located in between). Integrated into the enclosure is a Dolby Atmos-enabled module that consists of an up-firing top driver array containing four 2-inch drivers that aim sound towards the ceiling. In the Dolby Atmos system, the Bronze LR-H is used for left and right front and left and right rear surrounds (one enclosure per module).

“At Triad, we are very proud of our role in helping Dolby develop the standards for Dolby Atmos-enabled loudspeakers,” says Triad Speakers, Inc. President and CEDIA Chairman Larry Pexton. “Dolby used Triad design and development services to prototype the upward firing Dolby Atmos-enabled speakers and supplied our prototypes to its industry partners who used them to evaluate electronic components licensed under the Dolby Atmos program.”

The loudspeaker is available in a wide variety of colors and finishes including custom paint-matched or veneered to match the décor of the room. When mated to Triad Bronze Center Channel, Surrounds and DSP Subwoofer, the InRoom Bronze LR-H is the heart of a superb Dolby Atmos home theater system. The Bronze LR-H is shipping now. 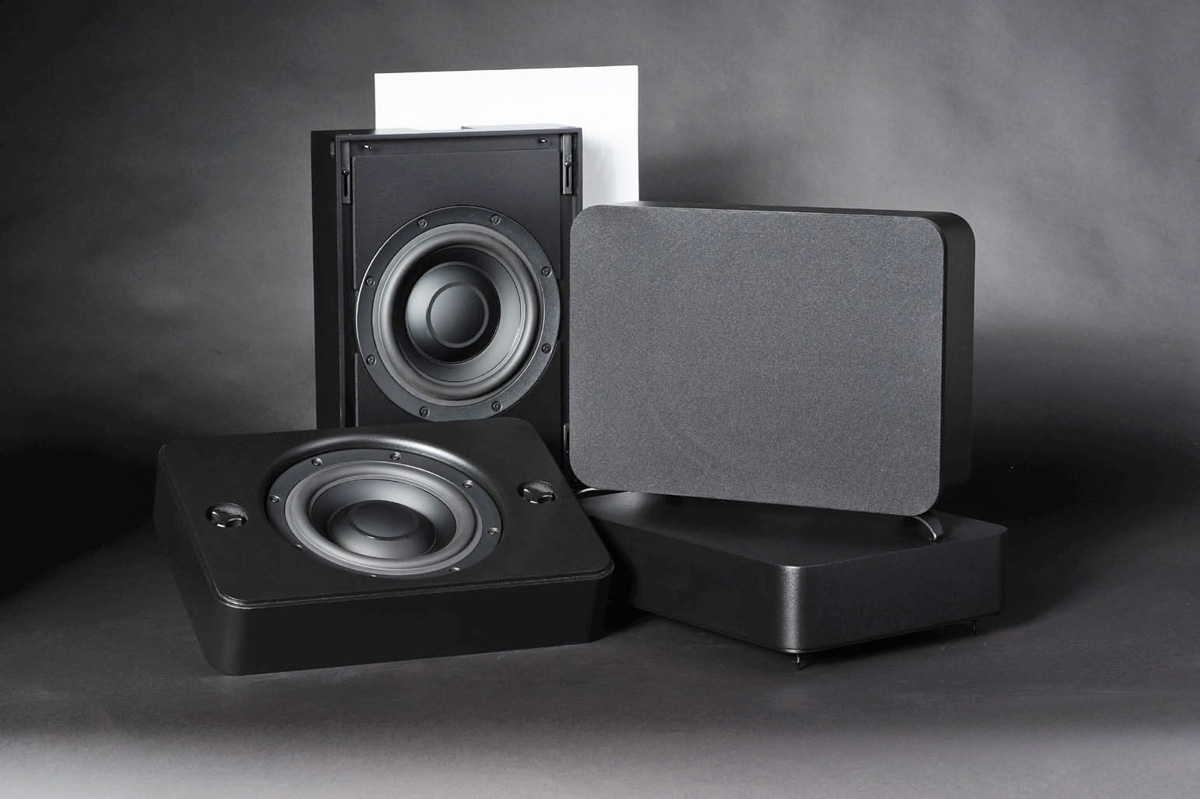 New subwoofers and ceiling speakers
Triad Speakers also announced the addition of both an InRoom and OnWall Bronze SlimSub. Built upon the performance merits of the popular InWall Bronze/4 SlimSub with integrated long-throw 10-inch aluminum driver, the new models create a Bronze SlimSub Series that consists of 3 models in total. Each Bronze SlimSub is paired with Triad’s 350-watt outboard amplifier (RackAmp 350 DSP).

“Taking up little to no floor space, the InRoom Bronze SlimSub is really 2 subs in one!” exclaims Triad Speakers Marketing Director Paul Teixeira. “Standing upright, this compact powerhouse looks smart, and at just 4.3-inches deep, it takes up almost no floor space. When laid down (requiring just 5.1-inches of height clearance) it becomes a down-firing subwoofer that can be hidden under furniture. Visible or hidden, you get the same great bass.”

The other annoucement from Triad at ISE 2015 was a new range of cost-effective in-ceiling loudspeakers, called the R-Series. Three models are available: the R-25 (5.25-inch driver), R-26 (6.5-inch) and R-28 (8.5-inch). Each is a shallowdepth, open-back 2-way loudspeaker system that provides full-range sound. 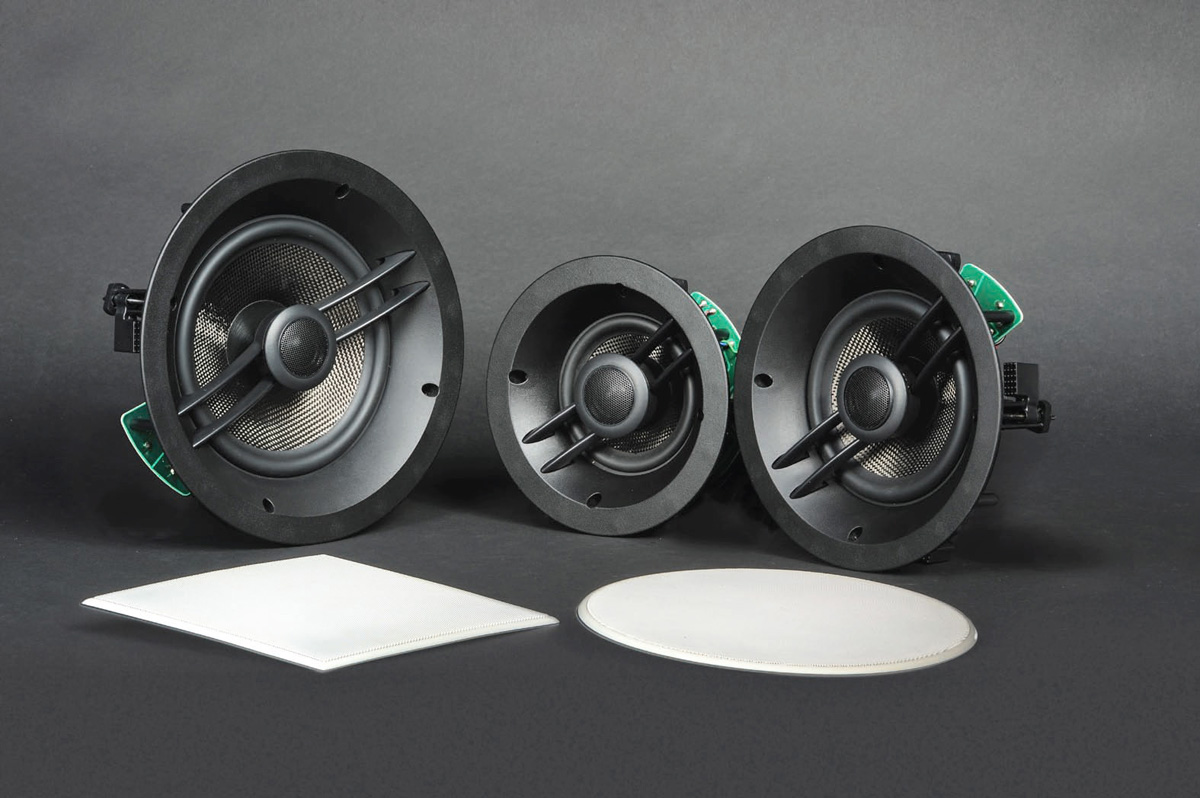 The R-Series speakers incorporate Triad’s new-and-improved paintable micro-perf grill, which is provided with both a round and square plastic trim bezel, offering integrators added flexibility to blend with the décor of the home. Each of the R-Series can be custom paint-matched in Triad’s Portland, OR factory. All are backed by a 10-year warranty.

About Triad Speakers
Established in 1982 by President Larry Pexton (a founding member and Chairman of CEDIA), Triad Speakers is a steadily growing provider of complete loudspeaker solutions for multi-room residential and home theater system applications. A top choice by many custom integrators nationwide, Triad has made significant advancements in the arena of front-channel speakers, surrounds, subwoofers, distributed audio speakers via enclosed in-wall, in-ceiling, on-wall and freestanding designs.
www.triadspeakers.com
related items