RealTraps baseline acoustic treatment products are good enough for a world class mixer! When Tony Maserati decided he wanted to spend more time in his beautiful property, set in the mountains of upstate New York, he simply replicated his previous West Coast RealTraps setup, using MiniTraps and MondoTraps solutions.
Tony Maserati is one of the most in-demand recording engineers in the world, having mixed mega-hits for Robin Thicke, Pink!, Alicia Keys, Beyoncé, Lady Gaga, and many other high profile artists. Tony has also been a loyal RealTraps customer for many years, since the company first helped him with his home studio in upstate New York in 2005. That room served him well for many years, and he mixed a lot of records there. 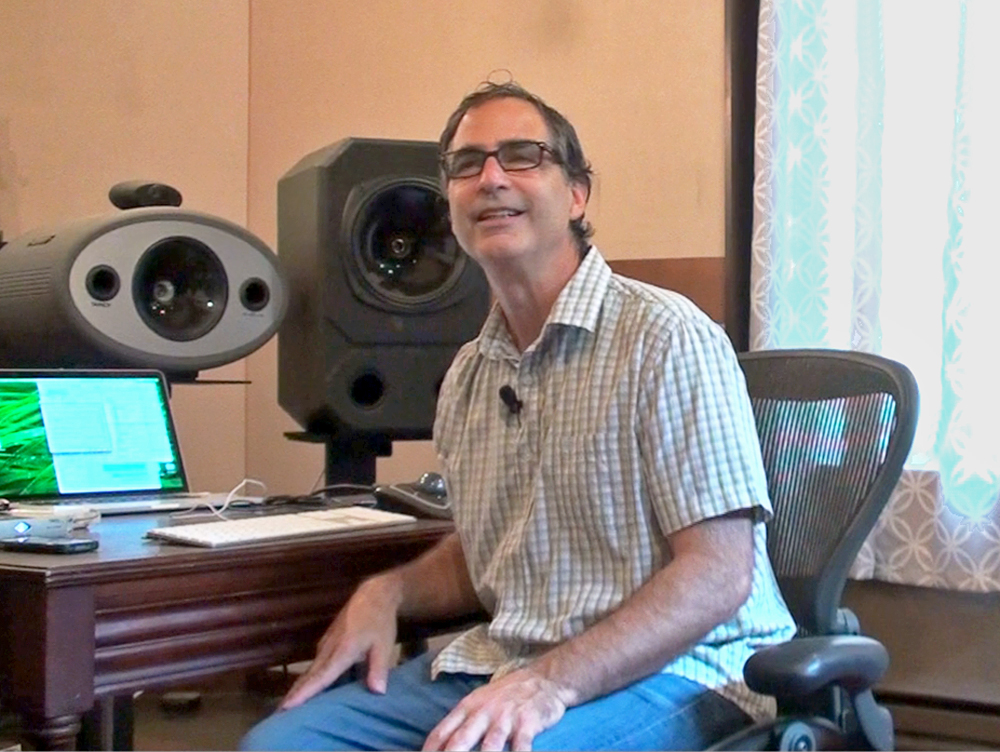 However, as time went on Tony found himself spending more time in LA. He ended up moving all of his gear - including his RealTraps - to the West coast, which remains his base of operations with his company Mirrorball Entertainment.

Over the past few years, Tony decided he wanted to spend more time back east. His property there is a beautiful place, set in the mountains of upstate New York, so it was easy to see why he wanted to spend more time there. “I had decided that I needed to be able to come here, and be in my natural setting that exists here, and get away from the city thing.” Tony says. “It allows me to be closer to family. We can spend time here, and I don’t have to stop working. I work in the evenings and on weekends without any problem. I have an Internet connection and that’s all I need.” 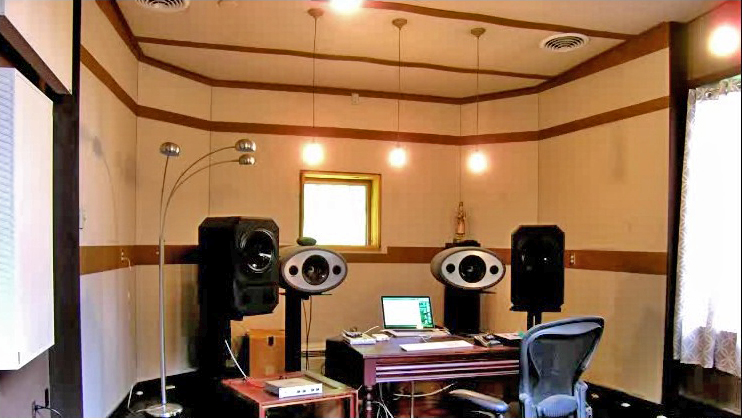 Indeed, upon entering Tony’s studio, one is struck by the lack of gear. The room consists of only 2 pairs of speakers, amplifiers to drive them, a nice monitor controller, and an empty desk where Tony puts his laptop. But the most important feature of the room is not his gear inside; it’s about the space. The essence of the recording studio has always been about the space. In this era of portable audio, one needs an environment that’s conducive to audio production. This usually means a good sounding room that lets you hear accurately, and is comfortable and inspiring, as well as the gear needed to get the job done.

Tony’s room no longer has racks of gear and a big analog console. Tony works entirely in the box in this studio, mostly for recall ability and agility. Asked if he mixes entirely in the box these days, or if he still runs mixes through his analog gear back in LA, Tony Maserati replies: “Mixes do often need to go through my analog setup there, but there are quite a number of projects where the timelines are so fast, and there are a tremendous amount of updates with new files so quickly. I need to be able to bring these mixes up anywhere; I can’t be tied down to a piece of analog gear. So I make my choices based on how solid I know the project is.” 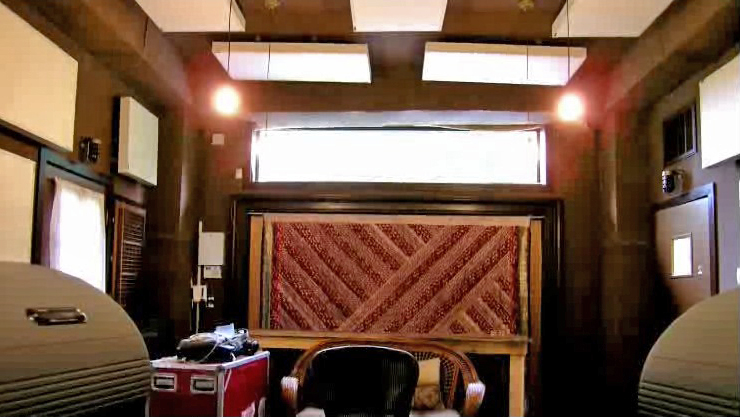 When Tony first contacted RealTraps to start rebuilding his New York mix room he did not seemed interested about the new products released by the company since he set up his room the last time. Even though the newer products could give even better results Tony didn't seem terribly interested in newer, better acoustics; he simply replicated his previous setup using RealTraps’ MiniTraps and MondoTraps, some of the brand’s more cost-effective products. Tony’s proven history with those solutions ended up being the deciding factor.

“I do a lot of promotion for RealTraps,” Tony said. “I just like your stuff. It works. And so much of what’s happening in today’s studios is this: a guy trying to make a living, a producer trying to write songs and make a living, and RealTraps really help. Obviously, because I’ve now bought two sets of them. When friends of mine build a studio, I tell them to call Jim and Ethan, they’ll tell you what you need. I don’t know what you need, I ask you guys because that’s what you do.” 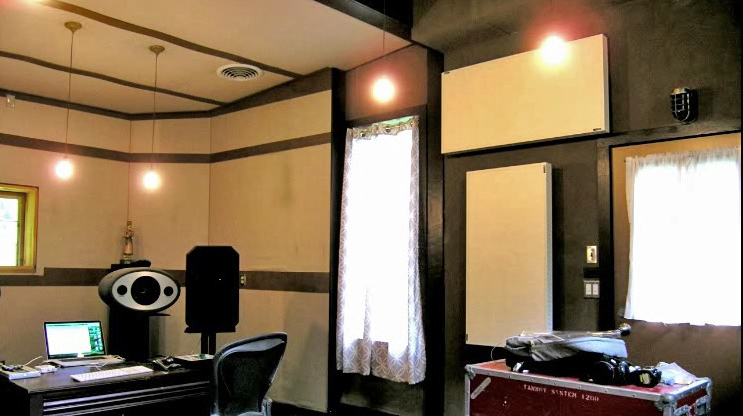 Tony’s reliance on RealTraps is paying dividends in terms of completing his space. “I had a moment the other day,” Tony explained. “My assistant brought in the speakers and an amp and we fired it up for the first time since we rebuilt the room. I started working, and I just smiled from ear to ear because it sounded exactly the way it used to sound, when I mixed a lot of records in this room. I just started smiling, and thought ‘this is gonna work.’””

RealTraps is a New Milford, CT company, owned by Ethan Winer and Doug Ferrara. James Lindenschmidt, General Manager, handles the day-to-day operations outside of the factory.

MiniTraps are small size - 2 by 4 feet, 3-1/4 inches thick, 18 pound panels [Metric: 61x122x8 cm, 8 kg] - with exceptional specs, especially at low frequencies. When mounted in corners MiniTraps absorb very well to below 80 Hz, and are still effective (0.30) to as low as 40 Hz. One reason MiniTraps are effective is the air gap behind the panels. When mounted on a wall with a spacer, sound gets behind a MiniTrap so its rear surface can also absorb. This air gap increases absorption as much as fifty percent, and also extends absorption to lower frequencies when compared with flat wall mounting. When placed straddling a corner the absorption is even greater, especially at low frequencies. In addition, MiniTraps are also available in a 2x2 foot model (11 pounds) meant for mounting in tri-corners where two walls meet the ceiling and there is a High Frequency model that absorbs more at mid and high frequencies.

MondoTraps and Corner MondoTraps offer more low frequency absorption, absorbing twice as much as MiniTraps below 100 Hz, and proportionally more above 100 Hz too. Standard MondoTraps and Corner MondoTraps are 2 feet wide by 4'-9" tall by 4-1/4 inches thick, and weigh 28 pounds [Metric: 61x145x11 cm, 13 kg]. RealTraps also offers alternate MondoTraps versions that are 6 inches thick and a smaller 2x2 foot version (19 pounds) [Metric: 61x61x15 cm, 9 kg], all with optional stand if permanent wall mounting is not desired. Besides the standard bass trap version, all MondoTraps are also available in an HF version when more absorption at mid and high frequencies is required.
realtraps.com