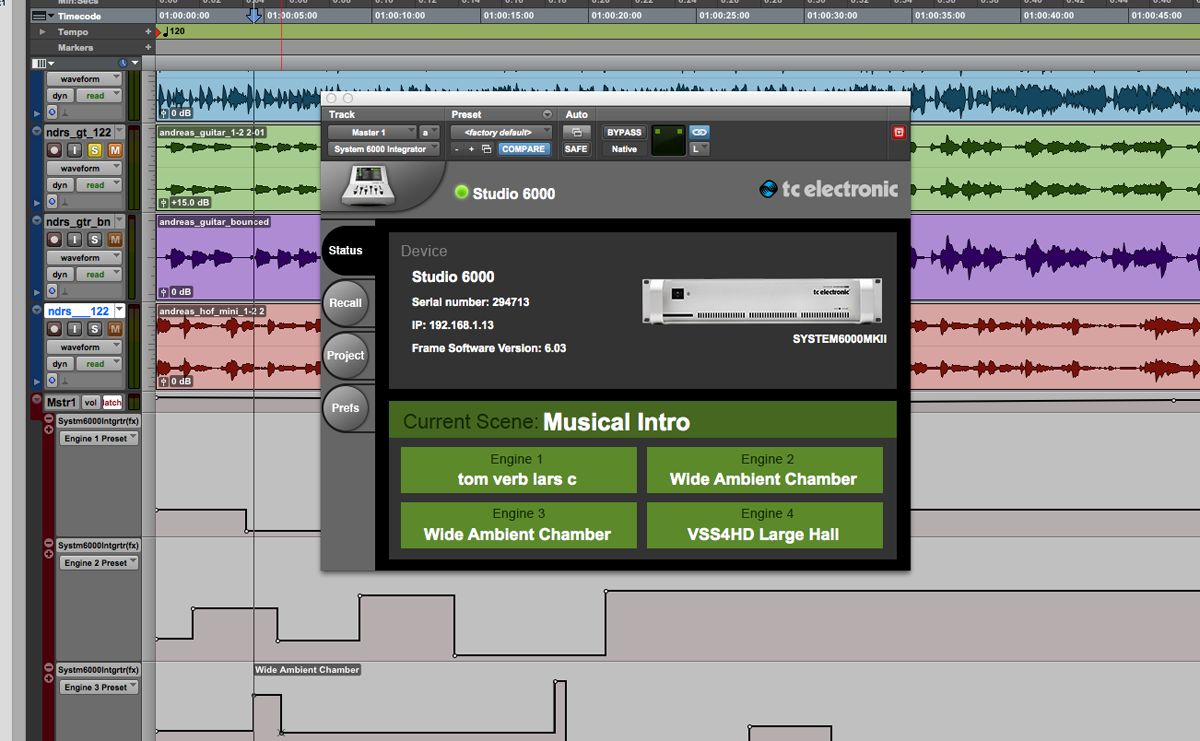 As DAW components change in three year cycles, many professionals use System 6000 to ensure their most precious audio effects. Before, this was a challenge when managing projects; and typically involved MIDI or custom solutions to synchronize data. The System 6000 Integrator plug-in allows users to save and reload the complete settings of their System 6000 as part of virtually any DAW or NLE project just by using the Ethernet connection which is already there. Through standard automation it is also possible to automate preset changes during playback, which means that users are able to get more out of the four processing engines of System 6000 than ever before. For instance, one engine may apply subtle 8 channel reverb in one scene and DXP dynamics processing or UnWrap HD in the next. 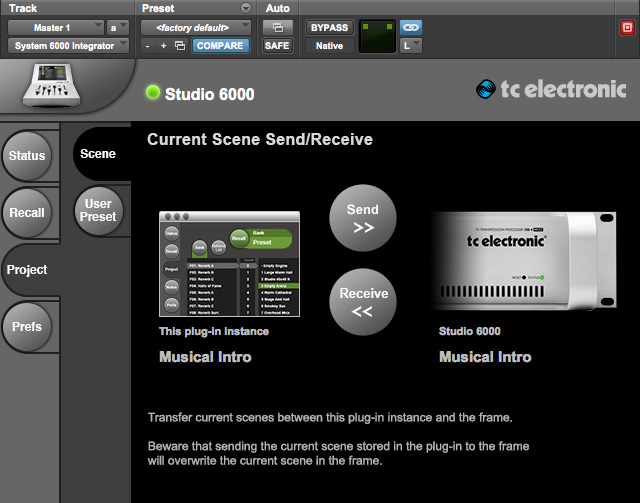 “What may seem like a minor and simple addition to the System 6000 platform is in fact a game-changing move that adds a whole new dimension to System 6000,” says TC Electronic’s Thomas Valter, VP of Business Management, Broadcast & Production.

Based on the Ethernet protocol, multiple System 6000s may be detected and used on the same network, allowing users to take advantage of powerful communication lines between their DAW/NLE and one or more System 6000 mainframes/TC Icon remote hardware or software.
The System 6000 Integrator supports the AAX, RTAS, VST and Audio Unit formats, covering all major DAWs and NLEs. To use the plug-in, users will need an iLok account, but they can choose whether they want to store the plug-in license on an iLok USB key or directly on their computer. System 6000 Integrator is priced at $499, but will be available for $299 as an introductory offer until 1 September 2014. TC Electronic is also offering a free 14-day trial for all System 6000 users.
www.tcelectronic.com/system-6000-integrator/
related items