Steinberg has announced it will preview the new version of its professional DAW solution, Nuendo 7 at the Game Developers Conference in San Francisco. Partnering up with audio for games solutions specialist Audiokinetic at this year’s GDC, Steinberg will reveal the next iteration of Nuendo with many new features, including seamless connection to Audiokinetic Wwise Audio Middleware and focus on game audio.
Steinberg Media Technologies announced the upcoming release of Nuendo 7 alongside their partnership with Audiokinetic, a global provider of cross-platform audio solutions for the interactive
media and gaming industries. At the 2015 Game Developers Conference, taking place at the Moscone Center in San Francisco, CA, United States, Steinberg will be showing the first preview of Nuendo 7. 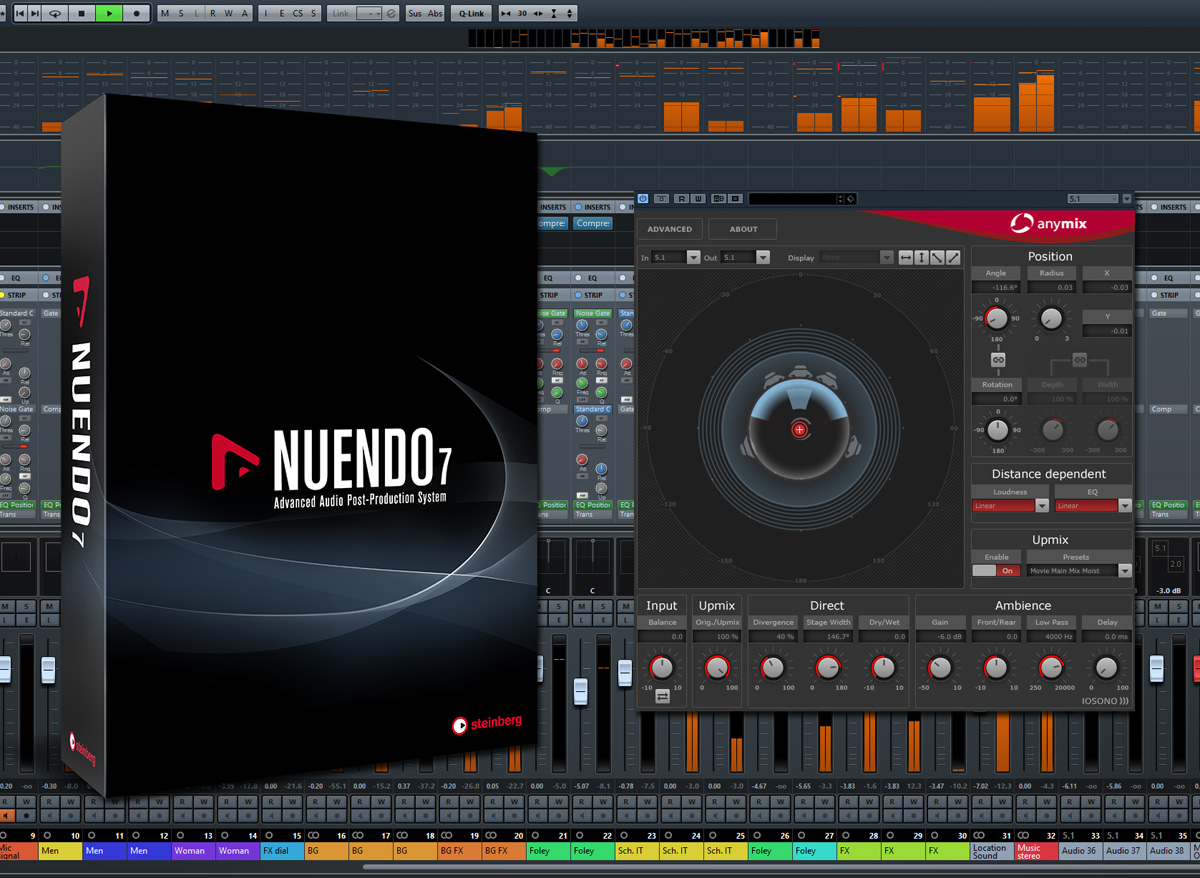 Game sound designers increasingly depend on Nuendo; its highly configurable program structure and many sound-design tools help to create and manipulate audio. With Nuendo 7, Steinberg now takes the next step by including Game Audio Connect, providing a seamless connection to the Wwise audio middleware solution by Audiokinetic.
As Steinberg’s senior marketing manager, Timo Wildenhain, explains: “Nuendo 7 will make a major impact on television and film post-production facilities, and with Audiokinetic at our side, we are confident that the smooth compatibility with Wwise will establish a sustainable position within the game industry.”

Part of Nuendo’s new features around game audio, the integration with Audiokinetic’s Wwise audio middleware solution allows mixdowns to be exported to Wwise via a simple drag-and-drop operation, bypassing file management operations and working seamlessly between Mac and Windows computers on a network. It is also possible to open the Nuendo project corresponding to an exported section directly from Wwise.

Other useful tools for game sound designers and those dealing with a large number of audio files are the new Render Export feature that exports a free selection of audio files to a disk destination, including many individual options, and Render In Place for direct rendering within the project, making it available on a new audio track for further editing.

“One of Audiokinetic’s core focuses is to streamline the workflow of the interactive audio community. This integration with Nuendo 7 represents a great step towards that overall goal,” says Martin Dufour, CTO of Audiokinetic. “It will allow individuals to work more smoothly on their creation, and teams to collaborate more efficiently on their projects.”
www.steinberg.net/nuendo
related items