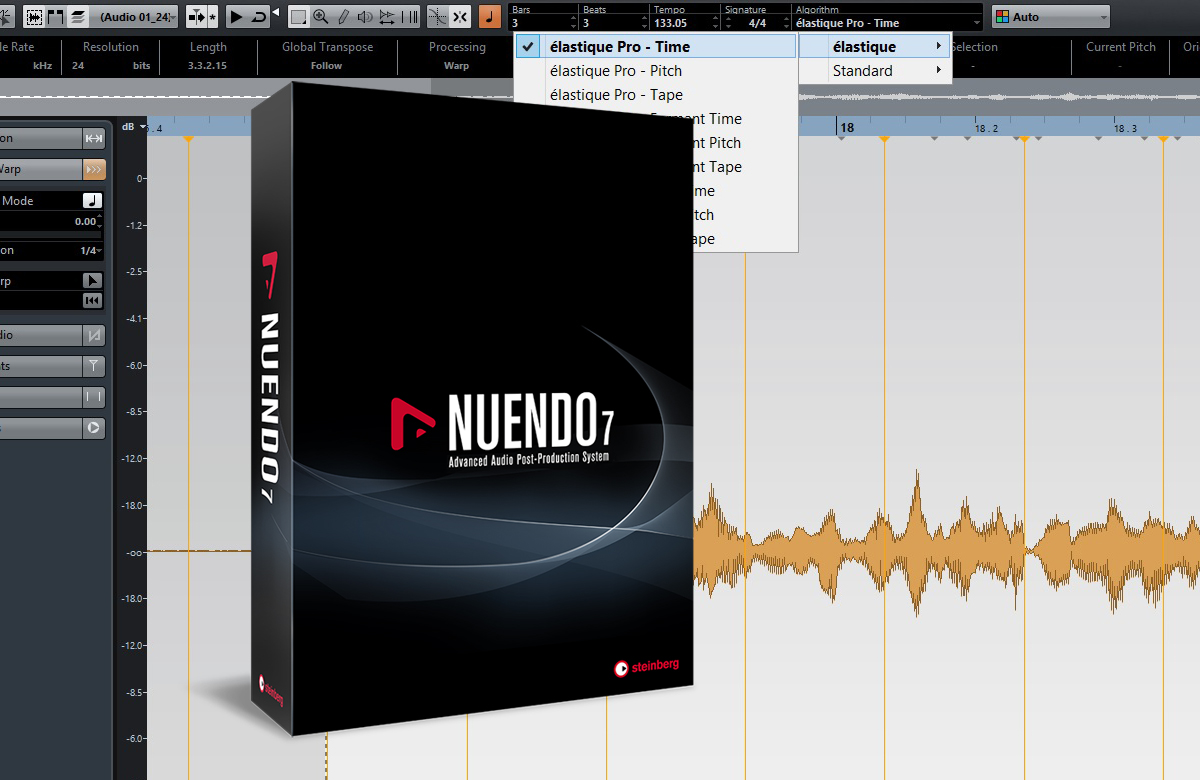 Since announcing the major update at this year’s Game Developers Conference, expectations have been running high as to what new features and enhancements the new release holds. The advent of Nuendo 7 has seen further showcases held at international trade shows as well as workshops that Steinberg is hosting in more than 25 countries until the end of the year.

Introduced in the millennial year, Nuendo has undergone an unswerving development to benefit from native processing technologies and offer a flexible working environment highly regarded by many professionals. Its bespoke audio and surround tools cater to the requirements of the audio post-production industry, making Nuendo the centerpiece of many studio facilities around the world. Based on the growing demand from the game industry, the time has now come for Nuendo to extend its scope of application to game audio.

Nuendo 7 introduces Game Audio Connect that enables direct transfer of audio assets to the Wwise audio middleware solution by Audiokinetic. For sound designers and those dealing with a large number of audio files: the new Render Export feature exports selected audio files to a specified destination, while Render In Place bounces tracks conveniently within the project.

Sound editors will appreciate ReConform, which follows changes in picture edits and automatically amends the audio projects appropriately. New to Nuendo 7, the VCA faders assist in creating complex mixes for film and TV projects, facilitating advanced automation workflows by merging the automation curve of a VCA fader with the automation curve of a controlled fader or fader groups. Editing enhancements include frame rate support of 50 FPS and a new timecode entering scheme and automation curves which follow the trimming of events. The redesigned Track List and Inspector delivers improved legibility while the new VST Rack Zone provides dedicated real estate for MediaBay and the VST Instrument Rack within the project window.

Senior marketing manager at Steinberg, Timo Wildenhain, comments: “These are exciting times for us. The response to Nuendo 7, especially in the game audio industry, has been overwhelming ever since we first touched down at this year’s GDC. We can only implore you to take part in one of the many Nuendo 7 World Tour workshops we have planned for this year in order to grasp the entirety of Nuendo and its latest feature set.”

The optional Nuendo Expansion Kit (NEK) 7 comprises features that turn Nuendo into a full-fledged composing application. Included is the Chord Pads feature that allows chords to be triggered via a MIDI controller while adjusting parameters in real time, plus the new circle of 5ths and Proximity Chord Assistant modes as well as the Groove Agent SE 4 Acoustic Agent with great-sounding content and patterns.

The Nuendo 7 full retail version is available from resellers and through the Steinberg Online Shop. Various downloadable updates are exclusively available through the Steinberg Online Shop. Users who have activated Nuendo 6.5 or previous versions since April 20, 2015, are eligible for a free, downloadable Grace Period update to the latest version.
www.steinberg.net/nuendo
related items