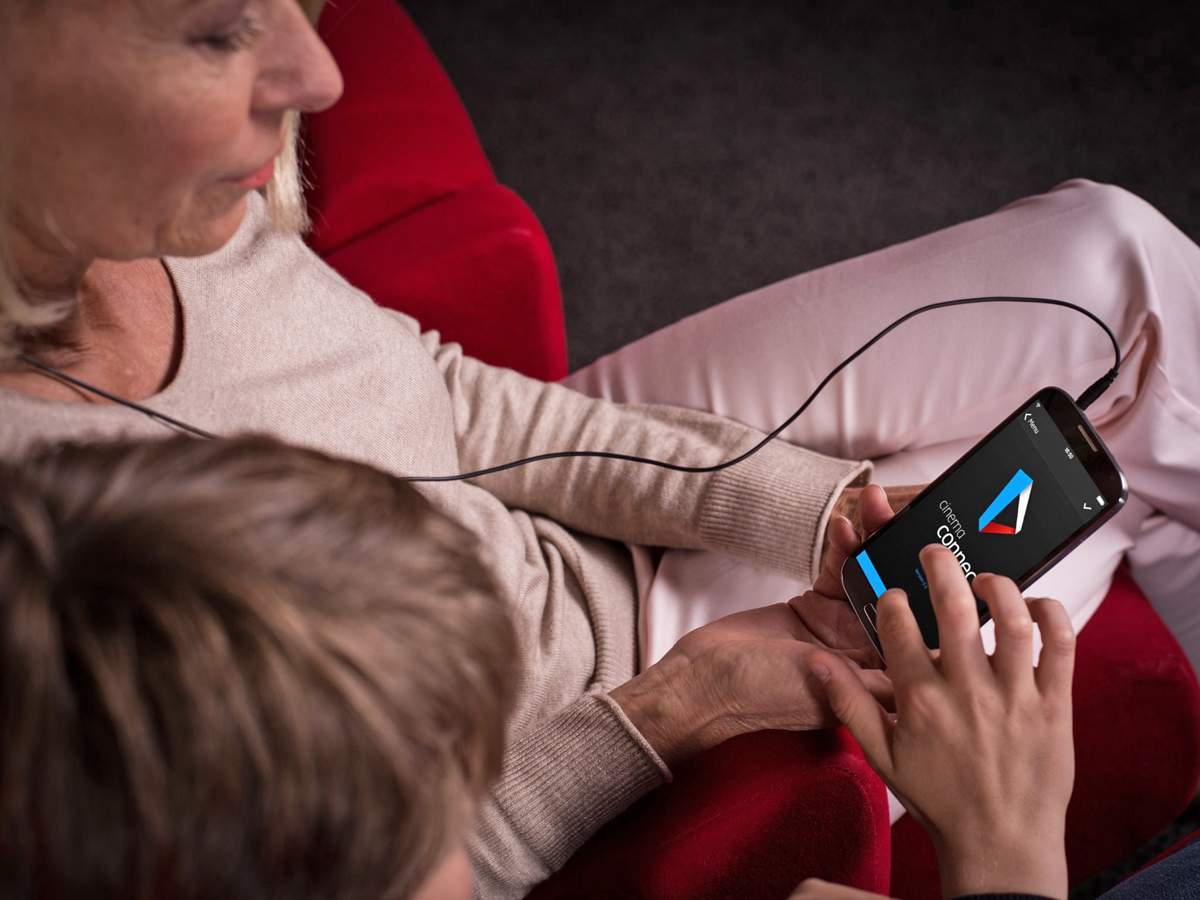 The new versions of Sennheiser’s MobileConnect and CinemaConnect apps for accessible streaming allow users to not only adjust volume but also to adapt speech intelligibility and sound quality to their particular requirements for the first time. These features were developed by audio specialist Sennheiser in close collaboration with the Fraunhofer Institute for Digital Media Technology.

With the new, updated versions of both Sennheiser’s MobileConnect and CinemaConnect apps, users will be able to adjust not only the volume but also the amplification and dynamic range of high- and low-frequency audio content. Along with better speech intelligibility, users will also benefit from generally improved sound quality tailored to their specific needs.

In developing the enhanced technology for the streaming apps, audio specialist Sennheiser drew on the expertise of the Oldenburg Project Group for Hearing, Speech, and Audio Technology at the Fraunhofer Institute for Digital Media Technology (IDMT) and the Oldenburg Hearing Center.

The apps are intended for users with early-stage hearing loss who have no hearing aid as well as hearing aid wearers with early-stage hearing loss or a slight hearing impairment. Dr. Jan Rennies of the Fraunhofer IDMT comments, “In several studies, we were able to demonstrate that test subjects with slight to moderate hearing loss who had difficulty with speech comprehension with the unprocessed sound, detected a distinct improvement with the apps’ signal processing.”

The process for personalizing the audio signal settings is very intuitive, with no need for a prior hearing test. To make adjustments, the user draws their finger over a touch-sensitive field built into the app until they get the optimal sound pattern for their specific requirements. The user can make further audio adjustments at any time during the event they are attending. Moreover, with MobileConnect, wearers of hearing aids or cochlear implants can connect the live sound of the event directly from their smartphone to their hearing aid. To develop this technology, the scientists reduced the complex signal processing strategies used in hearing aid technology to a limited number of typical presets. Since 2014, Sennheiser’s MobileConnect app has made live audio streaming via WiFi possible on mobile devices, thereby helping speech comprehension in various environments. For example, users with the CinemaConnect version, which has been optimized for cinemas, get access to additional soundtracks for audio description or assistive listening, and are also able to engage in the film experience via headphones connected to the smartphone. “With MobileConnect and CinemaConnect, we have developed a new kind of technology for the real-time transmission of audio content,” explains Jörn Erkau, managing director of Sennheiser Streaming Technologies GmbH. “In the future, cinema and theatergoers will be using their own smartphones, which, with our apps, can serve as a receiver for accessibility solutions.“

People with a hearing impairment regularly miss out on going to the cinema or theater. With the enhanced versions of MobileConnect and CinemaConnect, Sennheiser aims to simplify inclusive technology for cultural events and enable more people with impaired hearing or vision to enjoy cultural events. To develop this innovative streaming technology, Sennheiser founded the subsidiary Sennheiser Streaming Technologies (SST) in 2014. Jörn Erkau explains: “MobileConnect and CinemaConnect are our first products. Using this technology as a basis, we will be developing further industry-specific solutions, for example in the conference sector.“

The updated versions of MobileConnect and CinemaConnect are now available for download free of charge from all app stores.
www.idmt.fraunhofer.de/hsa/
www.sennheiser.com
related items