At the largest summer show in six years, NAMM members lay groundwork for success at Nashville’s Music City Center, from July 17-19. Following a strong 2013 event, this year’s Summer NAMM featured 438 exhibitors in two full halls. 112 companies returned to the show after a hiatus and 103 were new-to-Summer NAMM, including more pro audio companies. This was the strongest Summer NAMM since 2006.
Spurred by a promising first half of the year, NAMM members rolled into Nashville’s Music City Center July 17-19 ready to find new ways to grow. With increased buying power, a bigger show footprint, and live music performances, the largest Summer NAMM in six years generated optimism throughout the music industry.

Increases in international attendance and progressive educational offerings rounded out the up-tempo vibe.
“NAMM members who attended Summer NAMM are leaving Nashville with a competitive edge to succeed in the second half of the year,” said Joe Lamond, president and CEO of NAMM. “We are grateful to the members who shared their paths to success with their peers during breakfast sessions and the Top 100 Dealers Awards. Together we will continue to strengthen our industry.”
This year’s Summer NAMM featured the most exhibiting companies since 2006’s event. When the show opened on Thursday, 438 exhibitors representing 510 brands were there debuting new products. An increase in exhibiting companies expanded the show to two full halls, which is half a hall larger than last year’s Summer NAMM footprint. 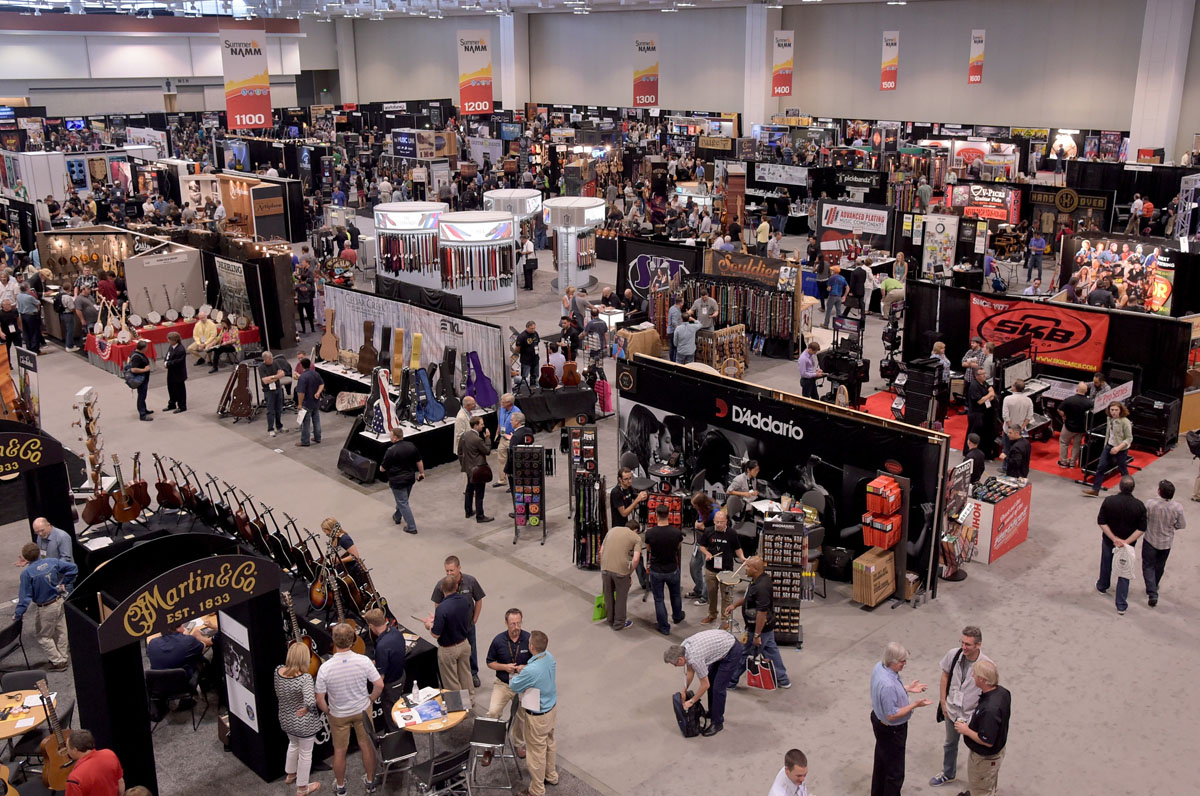 Adding to the energy were 103 new-to-Summer NAMM companies. Following a strong 2013 event, another 112 companies including Pearl Corporation, KHS, and Orange Amplifiers returned to the show floor after a hiatus. “There is a good mix of exhibitors and some beautiful products,” said Brad Beavers of Mountain Top String Emporium in North Tazewell, VA. “I’ve done most of my buying for the rest of the year in the last two days.”

Major buying power showed up to shop the expanded show. The number of buyers attending Summer NAMM increased another 5% over 2013, which saw an 8% increase over 2012. In total 12,442 people registered for the event. The world’s top music product retailers combed aisles searching for products that will boost fall and holiday sales.

“You come here thinking you know what you’ll find and you end up finding things you never knew you needed,” said Jenn Ladd, co-owner of Bluedog Guitars of North Vancouver, B.C. “And then there are products and people here we just have to meet with to make that in person connection.”

Brands and buyers alike point out the benefit of building relationships through in person conversations and face time at Summer NAMM. “As a growing company without a huge sales team, we find that the five-minute conversations at the show can seal the deal for the rest of the year,” said Ryan Cooper, Regional Sales Manager for Cordoba Guitars. 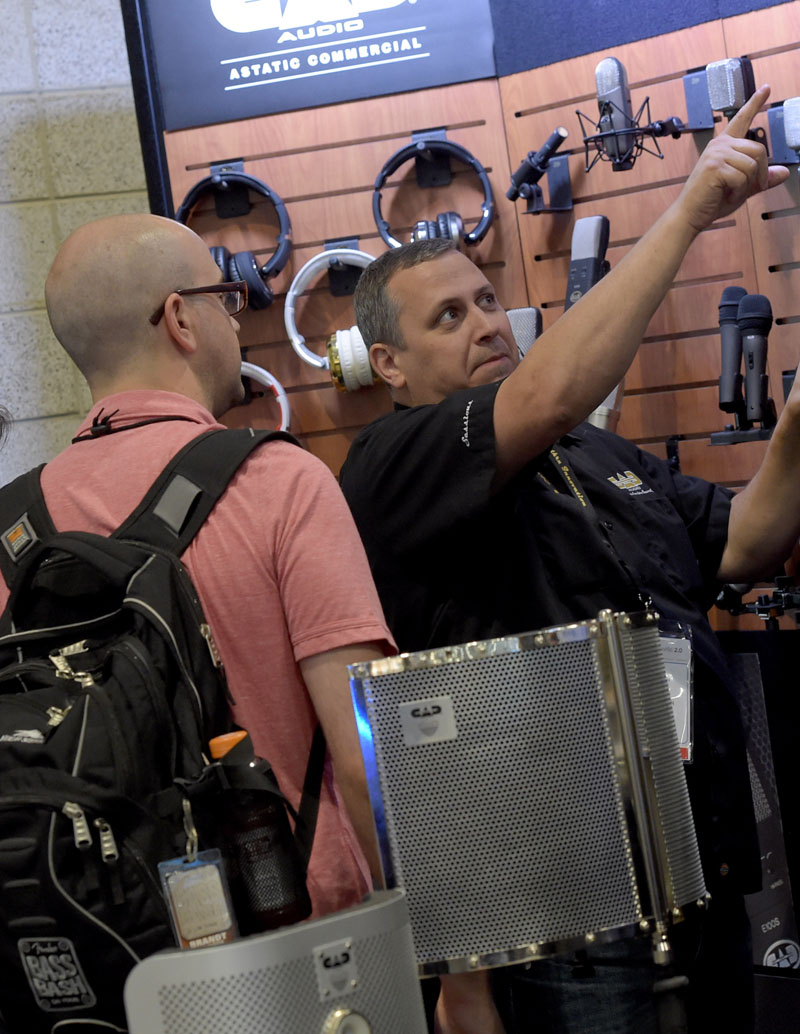 The exhibitor mix, similar to January’s NAMM Show, reflected the full spectrum of music products including woodwinds, percussion, pro audio, recording, publishers and as to be expected in Nashville, a strong showing of fretted string instruments. Pro audio and technology driven exhibitors grew 23% filling up much of the expanded floor space.

“The audio component is visibly growing at this show,” said Grant Buro, president of Pro Audio Partners in Savannah, GA. “It’s easier to get around this year, and there are more pro audio vendors. It’s good to see the show growing.”

“Insight,” Wednesday night’s pre-show opening party featured country music icon Vince Gill, his band, "The Players" and Two Old Hippies' founder Tom Bedell. They combined musical performances and a lively discussion on the relationship between musicians and their instruments. The stories from these veterans of the stage and studio had NAMM members enthralled serving as a vital reminder of the passion for music that attracted so many industry professionals to this field in the first place.
The world’s best retailers packed Davidson Ballroom Friday night for the Top 100 Dealer Awards. The industry celebrated excellence and innovation as host Ira Dean of the country trio Trick Pony awarded trophies in eight ‘Best Of’ categories. The Candyman Strings and Things of Santa Fe, New Mexico took home the Dealer of the Year award. Proprietors Rand and Cindy Cook graciously credited their peers in the music industry for their store’s success. “We’re just so very lucky to be in the business we are in,” said Rand Cook. “Every six months we head to a NAMM Show and get lifted up by our peers. There’s just nothing like our industry.” 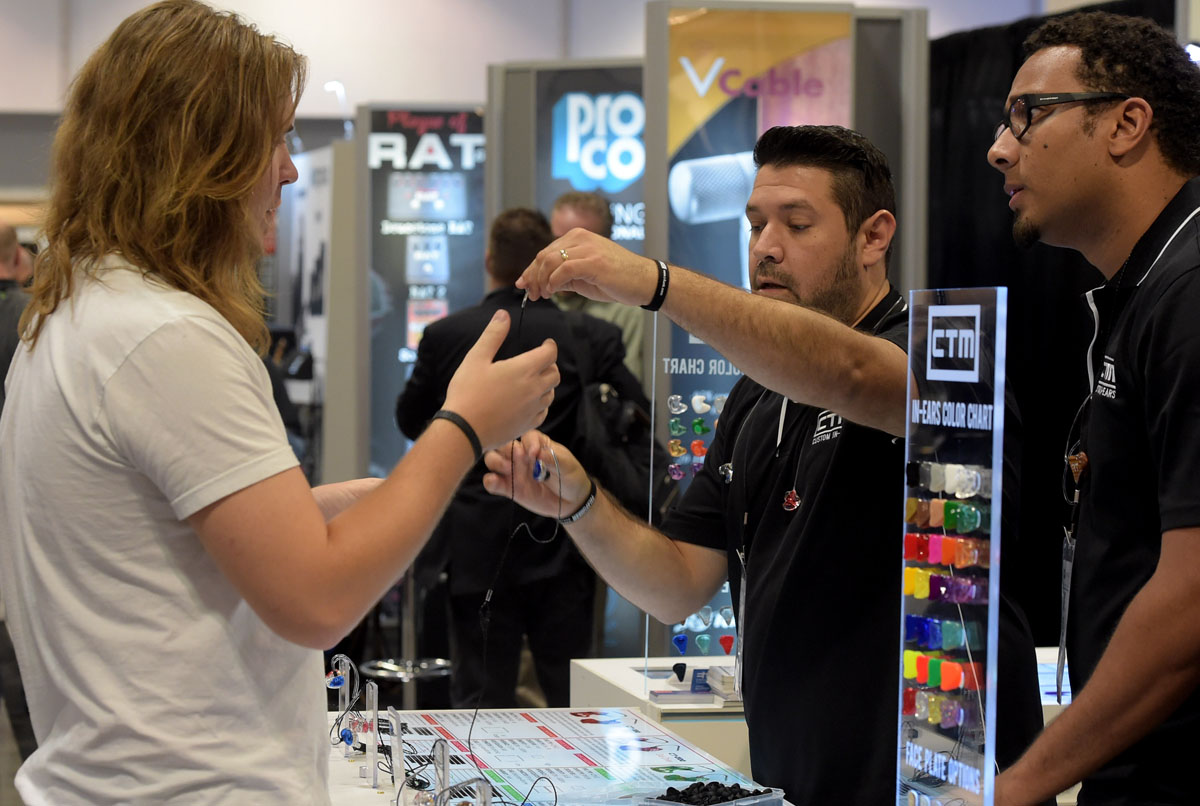 Enlisting music retailing’s flourishing forward thinkers, NAMM U’s breakfast and Idea Center sessions tutored attendees on making the most of the industry’s current opportunities. Retailers flocked to hear their peers share tips for taking their businesses to the next level in a buoyant market.
An upbeat vibe carried throughout the invigorated summer show, leaving retailers and exhibitors optimistic for the second half of an already promising year. “Being here has really put the wind in our sails,” said first-time exhibitor Derick White, co-founder Acoustas. “The show is a game changer for us.”

The National Association of Music Merchants (NAMM) is the not-for-profit association with a mission to strengthen the $16.7 billion music products industry. NAMM is comprised of approximately 9,200 member companies located in 99 countries. NAMM events and members fund The NAMM Foundation’s efforts to promote the pleasures and benefits of music, and advance active participation in music making across the lifespan.
www.namm.org
related items