The 2015 Summer National Association of Music Merchants (NAMM) show is being held in Nashville, TN, from July 9–11. Attendance at Nashville’s Music City convention center is expected to increase as it happened over the past four years. It’s mainly an MI show, but focus on audio is also growing. 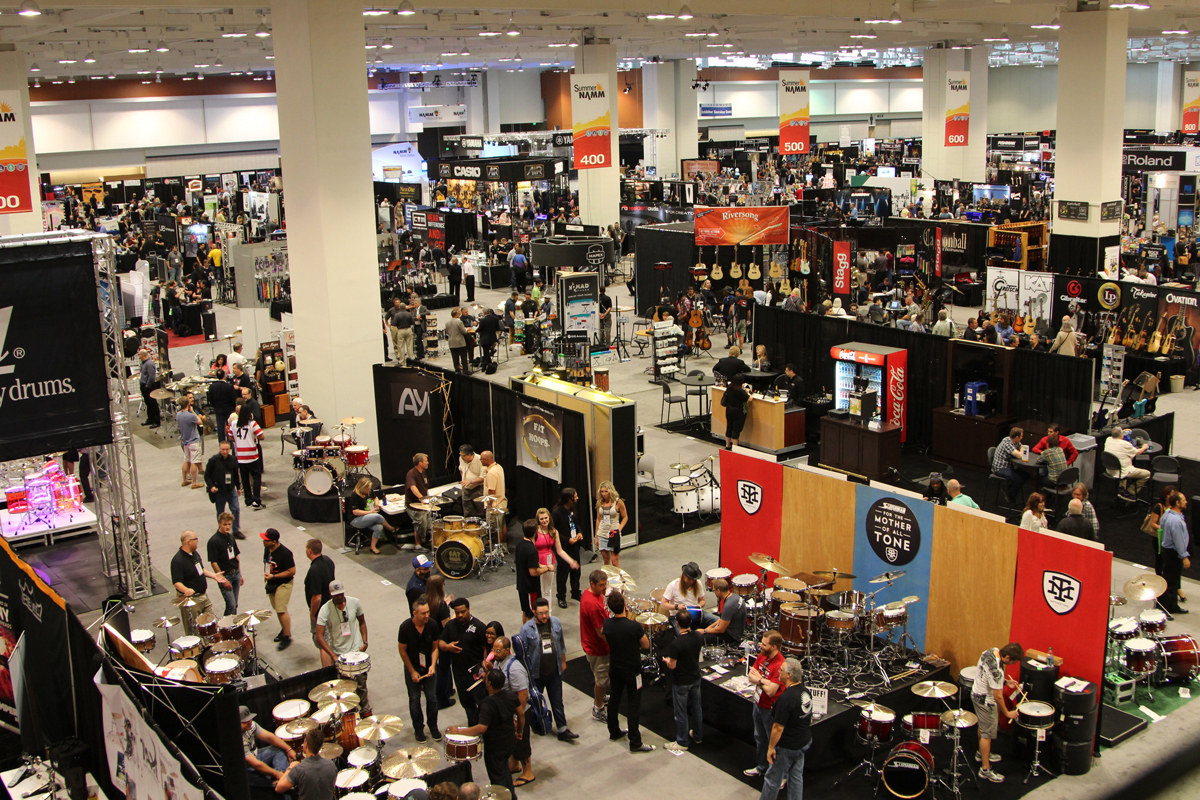 The 2015 Summer National Association of Music Merchants (NAMM) show is being held in Nashville, TN, from July 9–11. Attendance at Nashville’s Music City convention center is expected to increase as it happened over the past four years. It’s mainly an MI show, but focus on audio is also growing.

For 2015, the Summer NAMM special keynote address is titled “The Future of Audio: Harnessing the Power of MI & New Technology” and is hosted by Microsoft. The address will focus on how Windows 10 brings new opportunities to musicians and music app development. Certainly an interesting topic.

The National Association of Music Merchant’s (NAMM) mid-year music industry gathering will play out with dozens of live performances, award shows and musical events. The Music City Center will be filled with live music and there are lots of interesting tours, such as to the Country Music Hall of Fame, the Musicians Hall of Fame and Museum, or the RCA Studio B where Elvis recorded.

On Friday, July 10, its time to celebrate the best in music retail as NAMM honors the world’s standout music stores at the Top 100 Dealer Awards. CMT’s Cody Alan will host as the industry cheers for their peers on in seven categories including Best Online Engagement, Best Store Turnaround and Dealer of the Year.

Saturday, July 11, the NAMM association welcomes the National Music Council’s 32nd Annual American Eagle Awards. This exclusive gathering of country star power is open to all Summer NAMM attendees at noon on the final day of the show. Charley Pride, Kris Kristofferson, Jim Lauderdale, Jim Halsey and Sherman Halsey, will be honored with a special recognition given to Music Makes Us, which ensures that all kids in Nashville have access to music in schools.

Of course, the Summer NAMM also provides the ultimate educational experience on what’s working right now in music retail—brick-and-mortar, online and multichannel. NAMM U has curated 35 sessions to help music retailers hone a winning business strategy for the second half of the year and far beyond. The educational opportunities start with NAMM U’s Retail Boot Camp, leading into three-days of Breakfast Sessions and NAMM Idea Center topics designed to inspire and share practical tactics for success in the rapidly evolving music industry.

“We’ve had NAMM Members say that Summer NAMM’s offerings are akin to those at expensive executive retreats with high-level speakers, cutting-edge ideas and opportunities to network with industry leaders one-on-one,” said Joe Lamond, president and CEO of NAMM.

NAMM U’s Retail Boot Camp, starting the day before Summer NAMM opens is an intensive, one-day training for anyone working in music retail – from owners to salespeople. This year, marketing and sales guru Bob Negen reveals promotions and special events that get results, as well as tips for creating a service culture that sells. Financial experts Alan Friedman, CPA, and Daniel Jobe of Friedman, Kannenberg and Co. will then share tactics for improving cash flow and back-office operations.

The NAMM U Breakfast Sessions in Music City Center’s Davidson Ballroom will include the “Best in Show” session, on Saturday, featuring a roundup of the best products and services at the show — chosen by music retailers, for music retailers.

Intellectual property and import/export roundtables will be held in the NAMM Member Center located in the lobby throughout Summer NAMM. This is a convenient and free opportunity for NAMM members to meet directly with representatives from the U.S. Patent and Trademark Office on intellectual property issues and representatives from the U.S. Fish and Wildlife Service on regulations and reporting requirements that affect the manufacturing, sale and transportation of musical products. 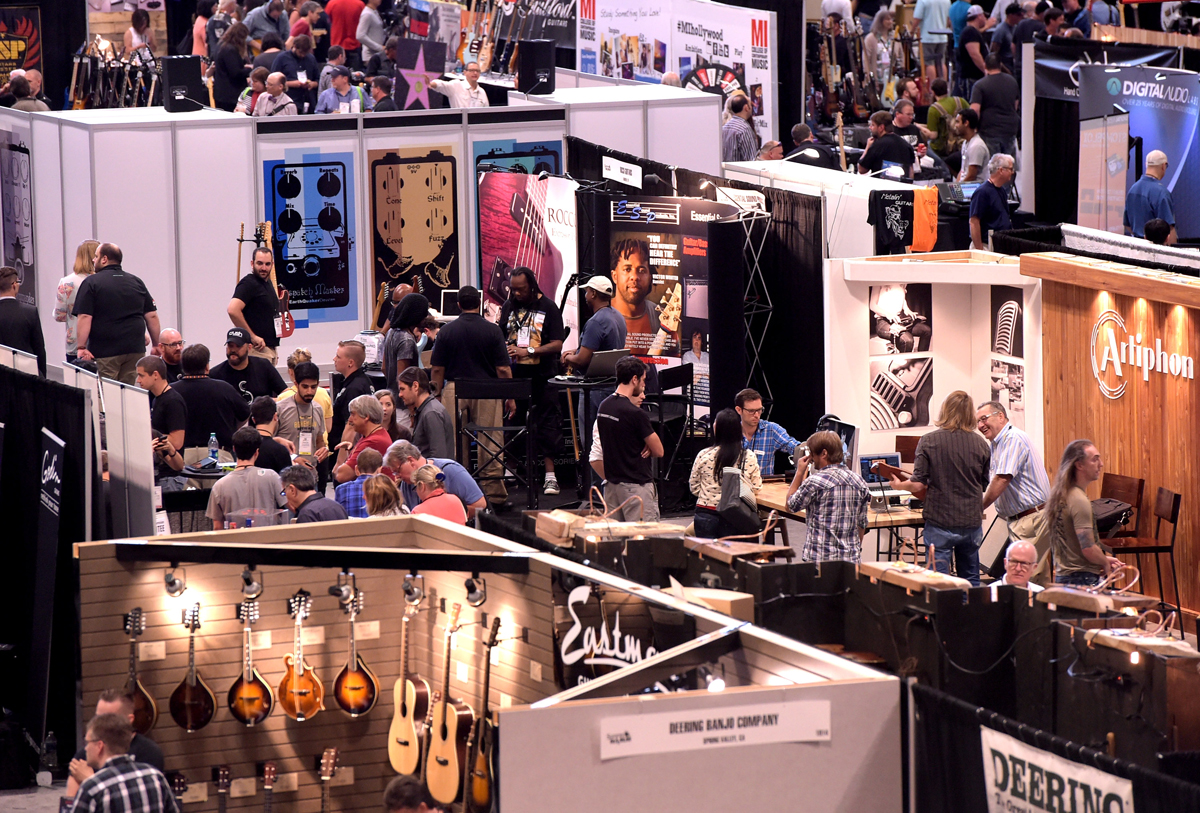 “The new TEC Tracks offerings add even more value to Summer NAMM’s robust educational programming,” said Joe Lamond, NAMM president and CEO. “We’ve heard from many of our members, both retailers and manufacturers, that this is one of the fastest growing segments of the market. NAMM members who attend these sessions will be better equipped to seize these opportunities.”

TEC Tracks will feature some of Nashville’s biggest recording industry talent. On Saturday at TEC Tracks, A3E (Advanced Audio + Applications Exchange) presents a full-day program on the future of audio including “The Future of Studio Technology,” “The Future of Live Performance” and “The Future of Guitar Technology.”