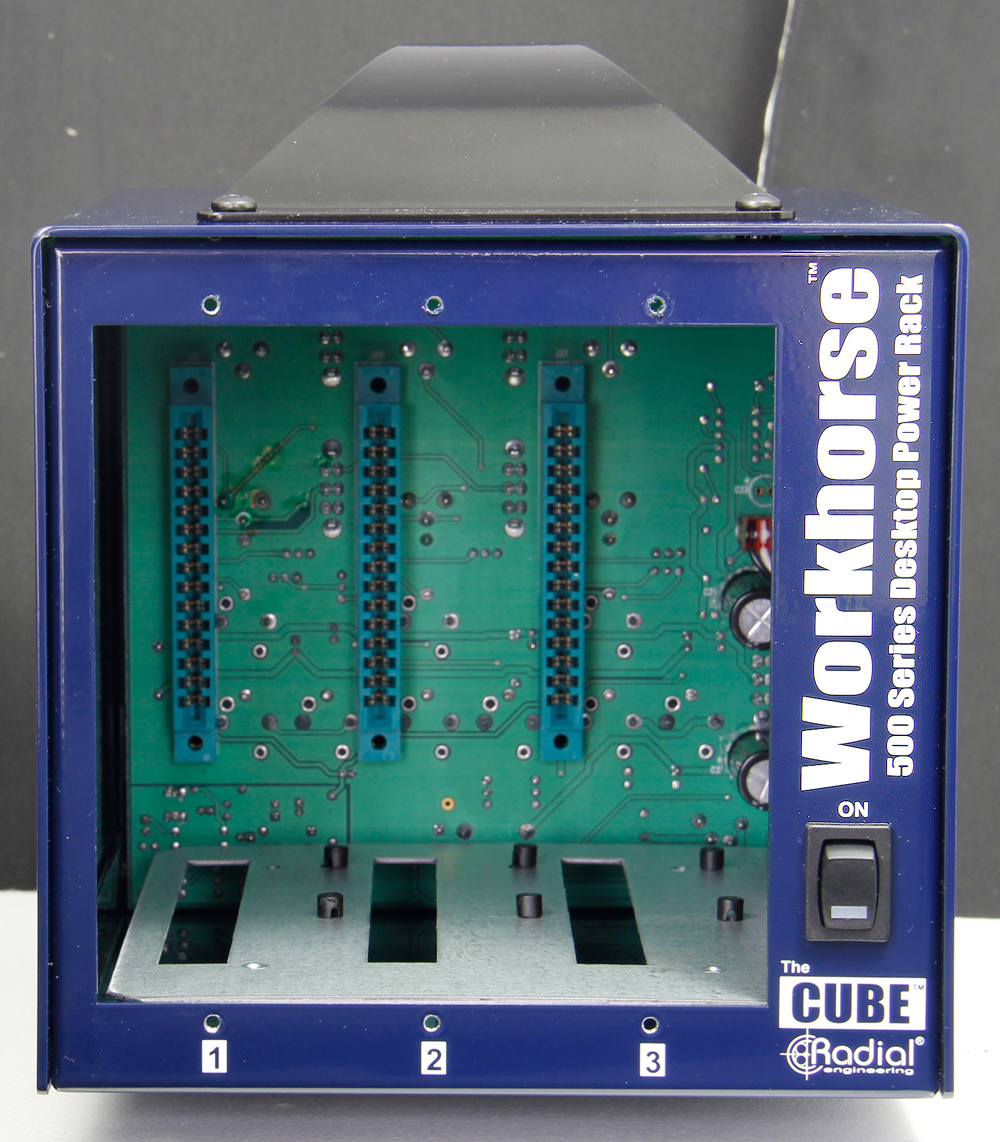 audioXpress saw those extremely simple improvements to the Radial Workhorse 500 series racks being introduced at the 2015 NAMM Show. Much to our surprise, Peter Janis, Radial’s president and founder was handing out small bags of screws to the members of the press and clients that visited their booth!

As Radial Western Regional Manager Mark Gummer explains, “Since we started selling Radial 500 series power racks, we have seen a steady increase in both the demand for modules and power racks along with numerous ‘wish lists’ from users around the globe. A common request is for the process of exchanging modules to be simplified. Aligning the card edge of a 500 series to the back plane connector can be a real pain, particularly with racks that do not have any type of alignment mechanics built in. And fiddling with tiny screws each time you want to swap a module means you have to locate a screw driver. We brought up these concerns with R&D and the guys in the white coats came back with some great solutions!”

Radial 500 series power racks are now outfitted with nylon guides that make it easy to push in and align a Radial module without fear of misalignment or damaging the card edge connectors. These work with all Radial modules along with manufacturers that have followed the free Whos-DOC specification (more info available here). The nylon guides are mounted on the Easy-Glide trays inside the racks which can be removed should a user wish to use non-standard sized modules.

All Radial 500 series racks and modules are now shipped with ThumbSet knurled thumbscrews and be available for resale individually. Made from hardened stainless steel and mated with a clear protective nylon washer, these feature a perfectly sized thumbscrew head for easy mounting without the need of a screwdriver. However, if the ThumbSet is ever over-tightened, a clever slotted head allows a screwdriver to be used to loosen. The slotted screw head can of course also be employed to tighten down the modules when using a 500 series rack for remote recording or on a live stage.

Gummer continues: “Anyone who has ever mounted and replaced a 500 series rack will be delighted about these small improvements. As they say, the small things in life are the ones that seem to make the biggest differences in our well being!”

The nylon guides are only available in Radial power racks while the ThumbSets may be ordered from authorized Radial 500 series dealers and distributors. MAP for a bag of 12 ThumbSets is $18.99 USD.
www.radialeng.com
related items