Radial decided to bring Hafler back in the market. After acquiring the brand from Rockford Corporation, earlier this year, Radial started working in preparation to bring back legendary Hafler amplifiers and designing a new range of Hafler branded preamps and headphone amplifiers. Studio monitor’s to follow?
After founding Acrosound and Dynaco in the fifties, American audio engineer David Hafler (February 7, 1919 – May 25, 2003) started his own company in 1977 in Pennsauken, New Jersey. His first two products were the DH-200 MOSFET power amplifier and a companion preamplifier, the DH-101, both available in kit form and factory assembled, still highly prized today. In 1987, Hafler sold his company to Rockford Corporation of Tempe, Arizona, which basically made professional audio products. The Hafler name continued to be synonym with high-quality amplifiers for studio and live sound, together with studio reference monitors. The Hafler brand was purchased by Canadian based Radial Engineering Ltd. in earlier 2014. Now, Radial Engineering announced it is re-launching the Hafler brand of high-fidelity audio products. 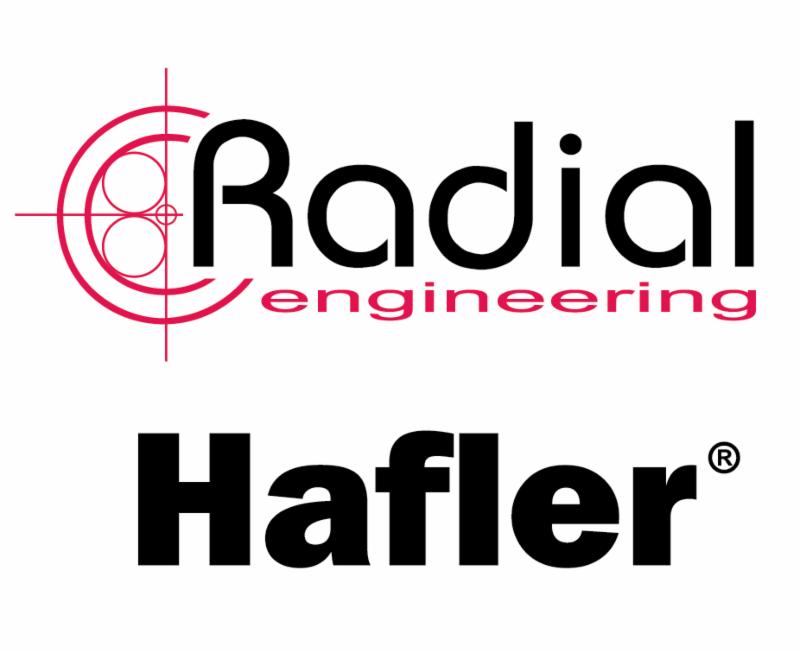 According to Radial President Peter Janis: “Way back in the 1990’s, Radial was the Canadian distributor for Hafler and ever since then, we have felt that given the opportunity, we could bring Hafler back to the world of audio. Earlier this year, we purchased the brand from Rockford-Fosgate and have been quietly working through designs in preparation to launch the brand at this year’s CEDIA trade show.”

“Although Radial is not well known in hi-fi and home theater circles, we are in fact a major supplier to the professional touring and recording markets. Radial is the world’s leading producer of direct boxes, owns the Reamp, Tonebone and Primacoustic brands, and ships nearly 100,000 electronic devices a year to customers around the world. Artists who use Radial include The Rolling Stones, Paul McCartney, Vince Gill, The Boston Pops Orchestra, Keith Urban, Chick Corea and Metallica just to name a few. We plan to leverage these relationships to bolster the Hafler brand and have already secured an endorsement by the world’s most revered engineer of all time; Al Schmitt - known for his work with Frank Sinatra, Barbra Streisand and Steely Dan.”

“David Hafler basically invented high fidelity amplifiers back in the 1950s under the Dynaco brand. Later, he launched the David Hafler company. When Rockford-Fosgate took over the reins in 1987, they focussed their attention on studio amplifiers culminating their designs with the popular P3000 and venerable 9505, often considered to be one of the most musical and dynamic sounding amplifiers of all time. We are currently going through the paces of redeveloping these legends. But this is no easy task! We are working with various winding companies to recreate power transformers, locating some hard to find parts and retooling the heat syncs. Once the groundwork is completed, we will upgrade the designs where we think we can bring value.  We anticipate launching the power amps in 2015.”

“As we are a small box specialty manufacturer, we have actually begun the ‘Hafler Revolution’ with phono preamps and headphone amplifiers,” confirms Peter Janis. Radial introduced six Hafler-branded products so far, starting with two Phono preamps PH50 and PH60, the PH34 and PH44 Phono SUT’s with Jensen Transformers, and two headphone amps, the solid-state HA15 and a tube based version, the HA75.

The Hafler PH50 is a high performance phono preamp for moving magnet (dynamic) cartridges that incorporates a well defined RIAA curve to preserve and transmit the original program material with minimal coloration. Particular attention has been applied to reducing noise, a problem common to the 33 RPM recording chain, resulting in a -82dB noise floor with greater than 91dB of dynamic range and less than 0.002% distortion.

The Hafler PH60 is a high performance phono preamp for moving coil cartridges that combines a class-A transformerless head-amp design with a well defined RIAA curve to preserve and transmit the original program material with minimal coloration. Due to the extremely low signal level produced by moving coils, particular attention has been applied to reducing noise while retaining the purity of the signal path to address the most demanding audiophiles.

Proudly made in North America, the Hafler PH34 and PH44 SUTs are passive devices that employ ultra high performance Jensen Transformers to boost the low-level signal produced by a moving coil cartridge by as much as 31dB without any amplification or the associated noise that they produce.

The Hafler HA15 is a solid state headphone amplifier that has been meticulously designed to produce Hafler’s legendary sound quality with sufficient gain to power any type of headphone. A unique ‘focus’ control may be engaged that brings the stereo image to the center to better approximate the feel as if listening to loudspeakers in a typical ambient space.

Finally, the Hafler HA75 is a vintage-inspired headphone amplifier that has been meticulously designed to produce Hafler’s legendary sound quality while adding excitement and character of a real 12AX7 tube circuit to optimize the listening experience. Fully discrete with a class-A front end, the HA75 sounds magnificent. Features include a unique feedback control, adjustable focus and loudness.
www.radialeng.com
related items