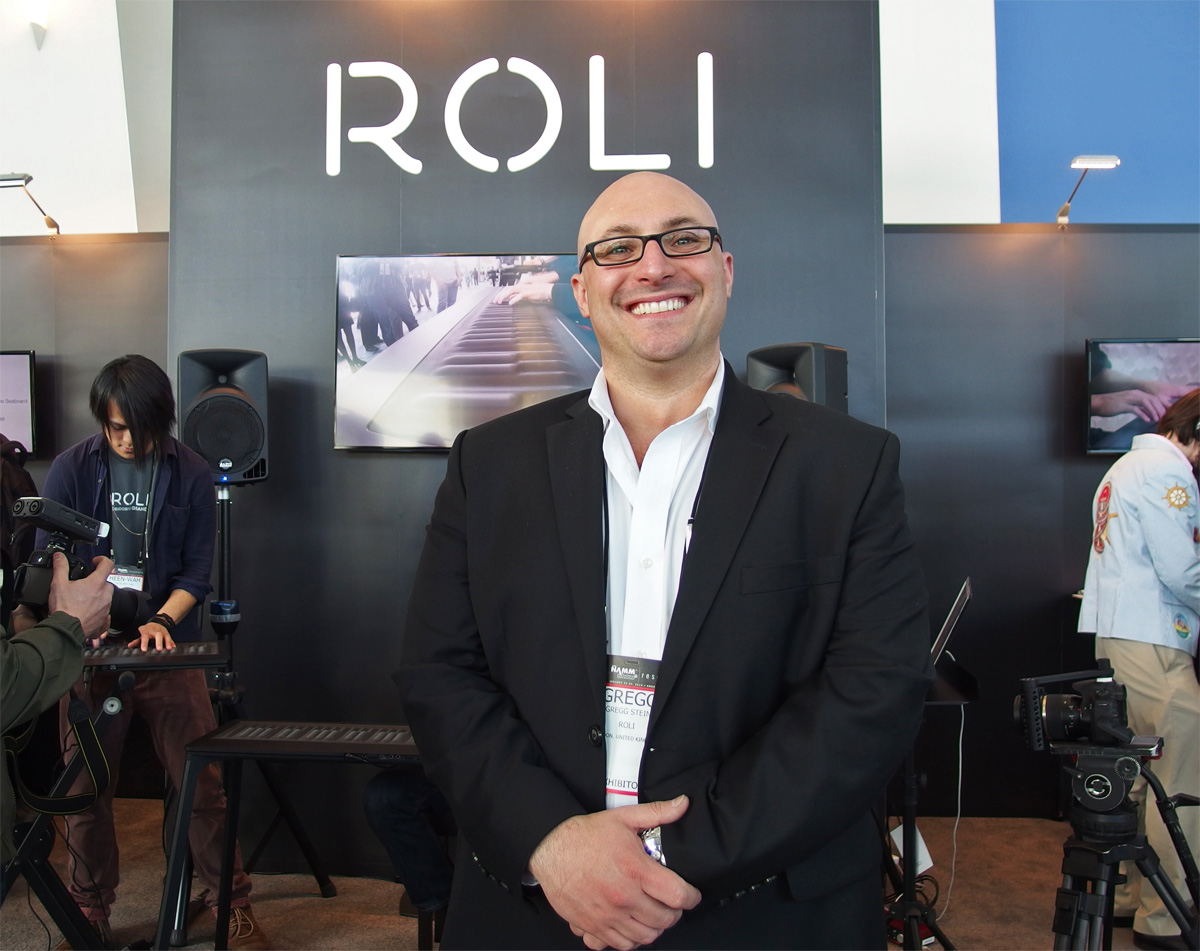 Stein brings a wealth of experience from within the music technology industry, having most recently led the omni-channel distribution expansion as CEO, Americas at Libratone, Inc. He has also previously held global senior leadership roles at Numark Industries (now called inMusic Brands), the Loop Loft, ION Audio, the MUSIC Group, Line 6, and the Avedis Zildjian Co.Stein holds degrees from Berklee College of Music and Harvard University. When not on the road or with his family, He continues to perform as a professional drummer.

He will work closely with Sarah Yule, ROLI’s Head of Sales EMEA and Rest of World, who also recently joined ROLI from inMusic Brands where she was International Sales Manager, handling its entire professional brand portfolio, including Akai Professional, Alesis, Alto Professional, Denon DJ, Numark, and M Audio. Stein said “I’m thrilled to be bringing genuine disruptive innovation to the world of musical instruments and beyond – the Seaboard is an unprecedented product, and I’m truly excited to be able to help get it into people’s hands.”

ROLI Founder and CEO, Roland Lamb, said “I am delighted to welcome Gregg and Sarah to the ROLI team. They each bring exceptional leadership and in-depth industry knowledge as we scale up our ability to get Seaboards to customers and deliver on an exciting product roadmap in 2015 and beyond. With a world-class sales team in place, ROLI is now poised to expand globally, building partnerships across all key direct and export markets.”
ROLI also announced the launch of an alpha version of Equator, the world’s first synthesis engine dedicated to multi-dimensional instruments. Equator alpha will be available to all existing and new Seaboard GRAND customers free-of-charge. Speaking from the NAMM Show where the Seaboard GRAND is on display, Roland continued “Equator is a game-changer, because it has been designed from the ground up to enable multiple parameters to be modulated in an intuitive and synchronous way. This release is just the beginning of a journey that will redefine the possibilities of real time expressive control of synthesis.”

Visitors to the NAMM Show will be able to experience Equator alpha for the first time during limited, pre-booked demonstrations at the ROLI booth, No. 397, 3rd floor at the entrance of Lounge 88. ROLI will also be hosting Seaboard demonstrations from specialists Heen-Wah Wai, Marco Parisi, and Eren Başbuğ throughout the show, together with artist performances from Grammy-winning keyboard phenomenon Cory Henry of the Brooklyn-based band Snarky Puppy and Jordan Rudess, acclaimed keyboardist with Dream Theater.

About ROLI
ROLI is a design-led music technology start-up based in Dalston, London. ROLI makes hardware and software products designed to increase the bandwidth of interaction between people and technology. ROLI’s first product, the Seaboard GRAND, is a new musical instrument that reimagines the piano keyboard as a soft, continuous surface. The Seaboard’s polyphonic pitch bend, vibrato and per-note dynamic changes are all available at the user’s fingertips, marrying the intuitiveness of a traditional instrument with the versatility of digital technology. ROLI has brought together years of innovation in several disciplines to realize this concept as an award-winning product.