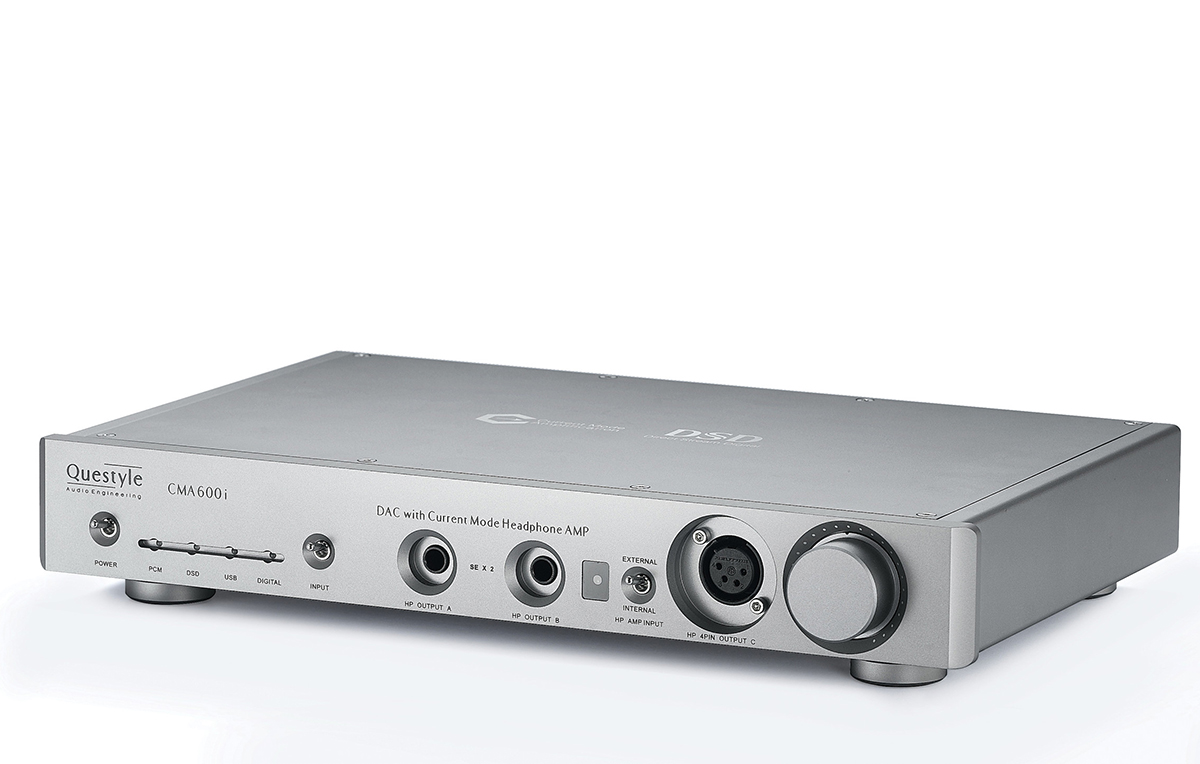 After many long hours of debugging, the CMA800, the world’s first Current Mode headphone amplifier, was born in 2007. CMA is short for Current Mode Amplification, whose THD+N is 0.0004%, and whose TIMD is so ultra low that it can hardly be tested. The CMA800 was the first Current Mode amplifier to be mass produced with excellent and stable performance and propelled Jason Wang’s company - Questyle Audio - all over the world. 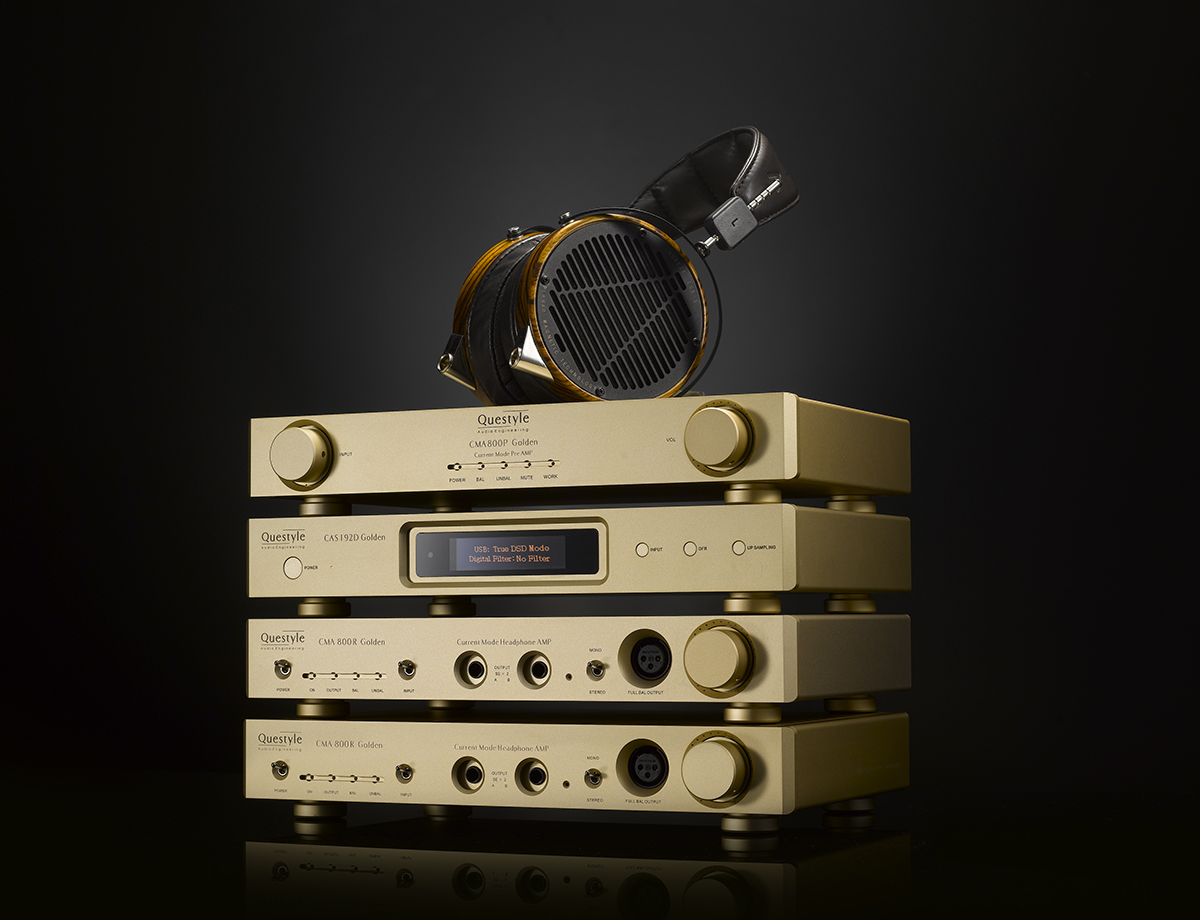 The CMA800P Preamp features Current Mode pre-amplification with switchable high and low internal gain, XLR and RCA input and outputs and hand-picked and matched components for an ultra low THD+N of 0.00022%. The Roger ceramic PCB provides extremely low permittivity and dielectric loss. Its dielectric constant is stable in a wide frequency range to 10GHz and ensures ultra-low signal loss. The standard version CMA800P is available now for $2,499.99 in Silver while the Reference Edition is $3,499.99 in Gold. 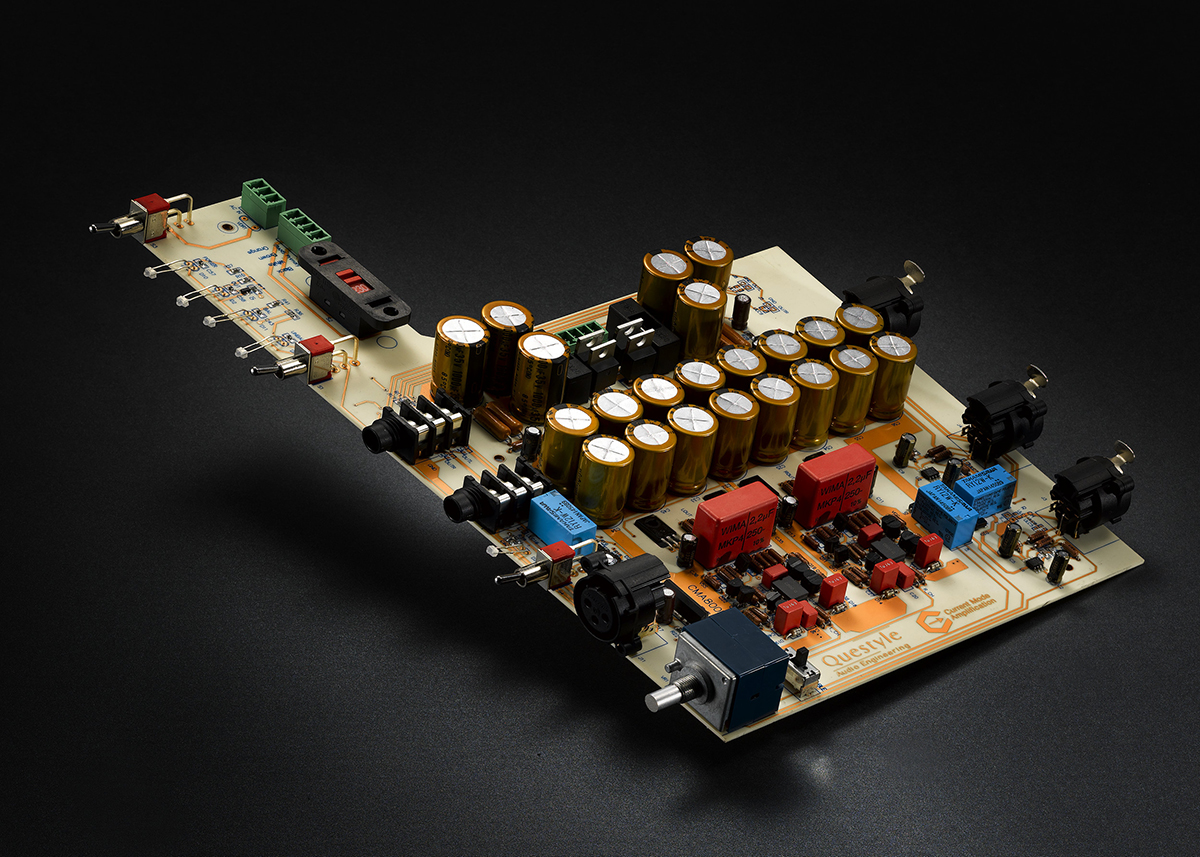 The CMA800R Headphone Amplifier further redefines the state of the art by being the first headphone amplifier to support a Dual Mono Full Balanced configuration. While in full mono balanced mode, distortion levels drop to less than 0.00026%, making the CMA800R a force to be reckoned with in terms of design and performance. The CMA800R includes balanced XLR and RCA inputs/outputs and a wide, 650kHz bandwidth, ensuring the full signal will pass through with 114dB S/N ratio. The standard version of the CMA800R is available in Silver for $1,999.99, with the Reference Edition in Gold going for $2,999.99.

Complementing the Questyle Audio CMA800R and CMA800P is the Questyle Audio Reference Edition CAS192D Digital-to-Analog Converter in Gold finish. The Questyle Audio CAS192D is an upgrade from Questyle's previous flagship model, the added "D" stands for “True DSD” since it processes DSD files in their native bit-stream format without conversion to PCM or breaking up the bit-stream into 16bit packets and compressing it into 24bit PCM packets (DoP). In PCM mode, the Questyle Audio CAS192D still provides five switchable digital filters, in which the IIR (MP) filter eliminates Pre-Ring from pulse waves. The Upsampling button is switchable between ON and OFF, allowing convenient sound performance comparisons. The CAS192D D/A Converter offers Coaxial, optical and USB input support up to 192kHz/24-bit, a IIR (MP) Digital Filter, Wolfson’s flagship WM8741 Chipset, and XLR and RCA analog outputs. The standard version of the CAS192D is available now for $1,999.00 in silver and the Reference Edition is $2,999.99 in Gold.

Questyle’s new R200i 5GHz Wireless 200W Mono Block wireless audio amplifier sends audio signals in the 5.2GHz/5.8GHz frequency, avoiding the busy Wi-Fi 2.4GHz frequency range and achieving the most stable transmission. The R200i amplifier is a 200W Mono block that integrates a wireless receiver, DAC and ICEpower amplifier. Two R200i amplifiers can share a T2 transmitter and with its 20A current output capacity, the unit can easily drive high-end power-consuming speaker systems. The R200i also features 8 sensitivity control channels to separate each channel’s sensitivity, can support 12V triggers and comes equipped with an analog RCA output that makes it easy to drive an active speaker or subwoofer. In Direct Mode, the R200i can support an XLR analog input thus allowing it to work as a conventional “wired” balanced amplifier. It is planned to be available this summer in Space Gray and Gold. price TBD.
www.questyleaudio.com
related items