Propellerhead Software announced the release of Reason 8.2, an update to its popular music production software. The release now detects and downloads the most recent eligible software updates and addresses many requested features. Reason 8.2 also gives access to the newly introduced Propellerhead global collaboration service.
The world of music production software and in particular the DAW and integrated environment category is increasingly becoming always-connected. Consequently manufacturers are opting to change the traditional update paradigm of periodical gigantic releases. Also the increasing use of software tools for online collaboration makes it crucial that users remain updated and that no dramatic changes are introduced on the user interface and functionalities, disrupting the whole experience.

All major software companies understood the advantages of automatic online upgrading for registered users, which allows for a better and gradual learning curve for any new functionality being introduced, while keeping its most loyal user-base locked with legitimate software. Even if most of the recent experiences say that the hybrid approach is still advisable, allowing for different payment options, including those required by corporate users. Still, no matter the pricing model (monthly payments, annual or once for every major version), the continuous auto-update functionality makes life easier for both the software programmers and users.

On the other hand, the automatic update approach is certainly a delicate bidirectional engagement for software companies. Failing to provide robust and useful updates - especially when operating systems are also updated - will disappoint subscribers and can easily infuriate a loyal user base. Also, any new features or radical changes in existing functionalities need to be extremely well tested and preferably the result of user feedback - which certainly creates a completely different “thinking process” for software programmers and technical departments, usually involved with lots of background coding work which remains completely unknown to users. 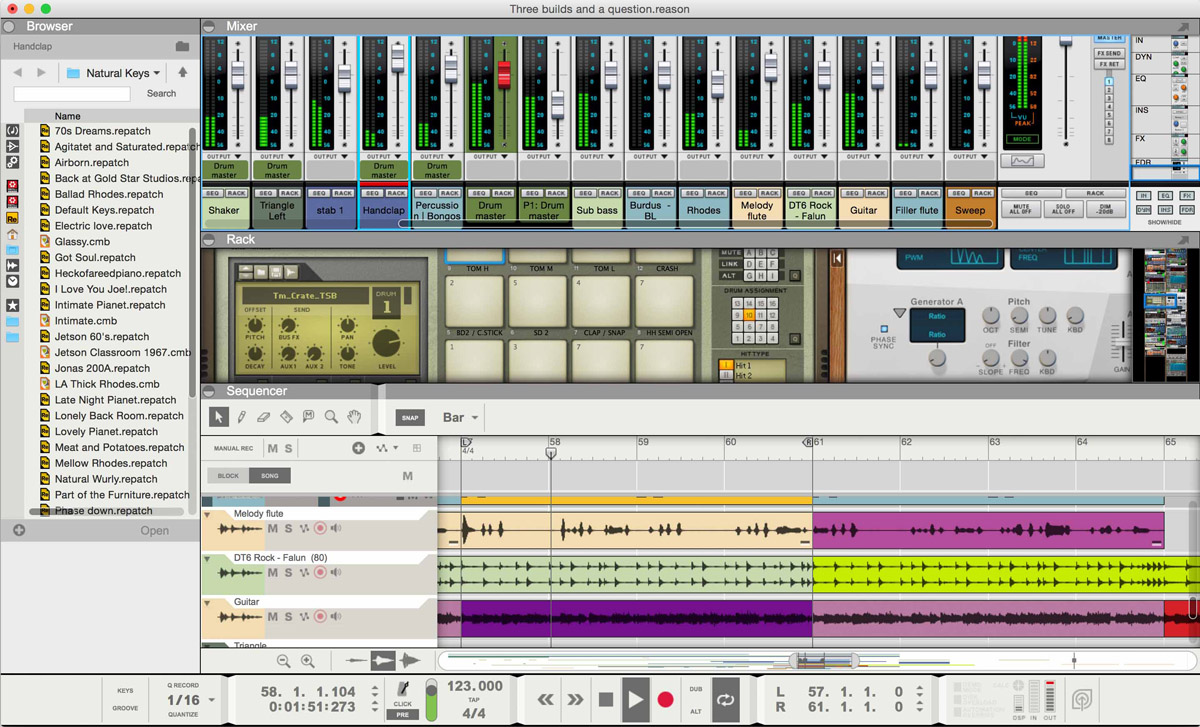 In line with this evolving environment, Propellerhead Software, one of the most progressive music software companies announced the release of Reason 8.2, the most recent update of its award-winning Reason music production software. The main feature in this latest update from the Swedish company aims to make it even easier for new and existing Reason 8 customers to download, install, and stay up to date with the latest version.

Propellerhead is not trying to enforce monthly subscriptions (like Adobe does, for instance). Instead its trying to eliminate the hassle of bulky manual installs. Reason now detects and automatically downloads the most recent eligible software updates so the user always has the latest version. And the company also explains that, “a typical Reason update (minus the soundbanks) will now be around 100 MB — a tenth of its old size.”

Purchasing options are not changing. Reason 8 is available as a direct download from Propellerhead’s website or from an authorized dealer for a single payment (Reason 8 costs EUR €405 / USD $449 and Reason Essentials 8 EUR €120 / USD $129) while the upgrade to Reason 8 from any previous Reason version costs EUR €129 / USD $129. The announced Reason 8.2 is a free downloadable update for Reason 8 owners.

Reinforcing the arguments for its software and keeping users constantly updated, Reason 8.2 also gives access to the newly introduced Propellerhead music-making service, which is also continually updated with new features and functionality based on customer feedback. This free music making service connects the free Figure and Take mobile apps with Reason, allowing users to create, share, collaborate and remix with other musicians around the globe.