The first update since PreSonus acquired Notion Music, Notion 5 fulfills on the promises made in September 2013, continuing to offer new solutions for composers and educators, while leveraging the natural synergies between Notion and PreSonus’ own Studio One DAW. The benefits are clear from the updated technology to the improved user interface.
PreSonus is shipping Notion 5, which is a major upgrade to its popular notation software. This new version makes it easier than ever to write musical ideas quickly and includes a new video window, new effects from PreSonus Studio One, an enhanced chord library, a custom rules editor, and many notation and publishing improvements.

This is the first update since Notion joined the PreSonus family, and it shows. The user interface has been redesigned to more resemble Studio One and other PreSonus software, and Notion 5 comes with PreSonus’ Native Effects Limiter, Compressor, and Pro EQ plug-ins. The new version adds a variety of enhancements for film, TV, and video composers, including a video window with a new timecode view, and it can import a variety of modern video formats. 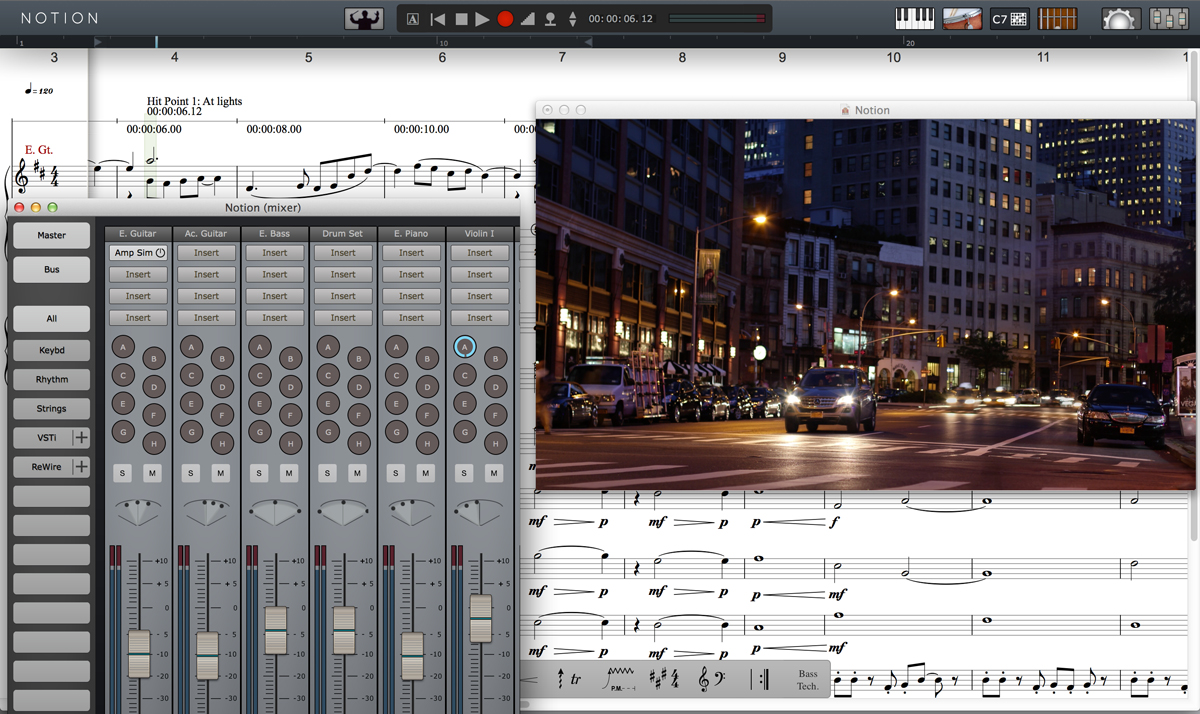 Notion is the first notation editor to support Mac, Windows, and iPad, with updated 64-bit code on both Mac and Windows. The software still runs on older 32-bit platforms (such as a G4-powered Mac) but version 5 adds important things like Mac Retina display support and Windows 8 touchscreen optimization.

Notion 4 already offered rules templates for orchestral VST libraries so we could load up an instrument and write dynamics, effects, and instrumental techniques into the score without using the VST interface or programming keyswitches. Notion 5 adds the ability to create custom rules for any VST library without editing XML files by selecting from drop-down menus.

Notation improvements also make Notion even faster and easier to use, including an enharmonic spelling tool, cross-staff notation, layout and printing improvements, and new shortcut sets. We also get an enhanced chord library with more library chords, user-created chords, and recent-chord recall. 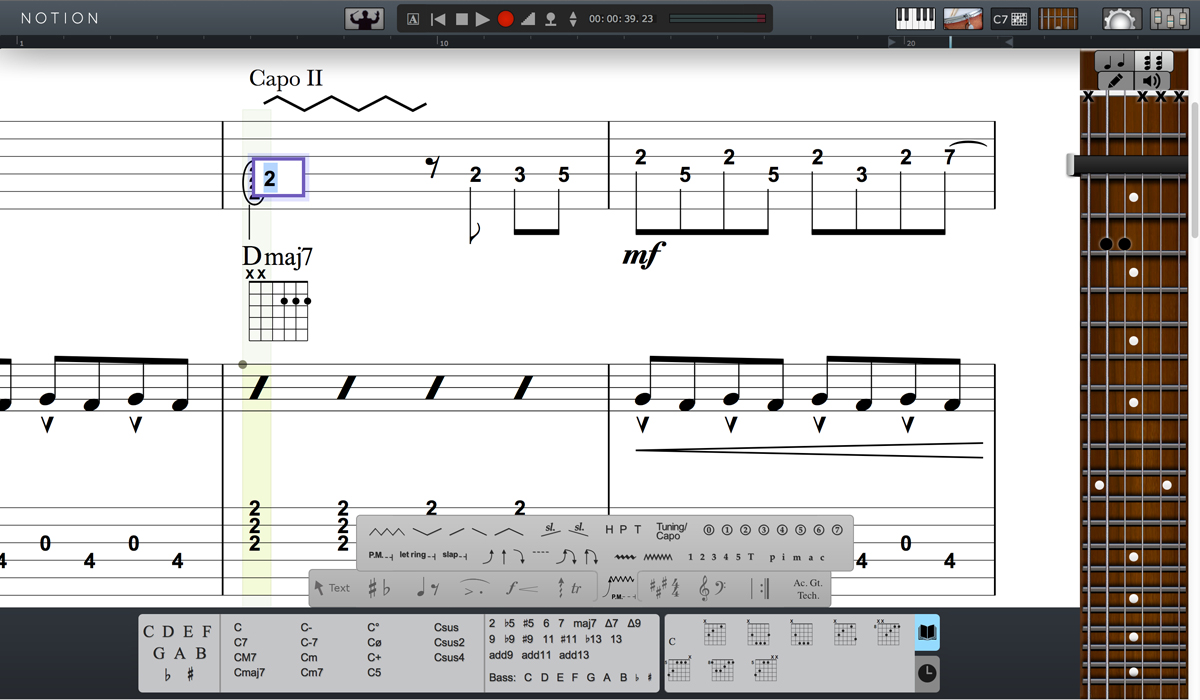 While adding these new features and many more, Notion continues to deliver a fast and intuitive workflow, ability to work well with other studio technologies (including full ReWire support), and playback with high-quality sounds from world-class artists and studios, including the London Symphony Orchestra. Notion is the only notation software that can output 32 audio pairs to a mixing console or in a ReWire session.

Notion 5 is available in English (US and UK), French, German, Japanese, and Spanish (Latin American) at an expected cost of $149. Academic pricing is available.
www.presonus.com/products/Notion
related items