PreSonus Studio One 3 Might Well Be The Next Standard DAW 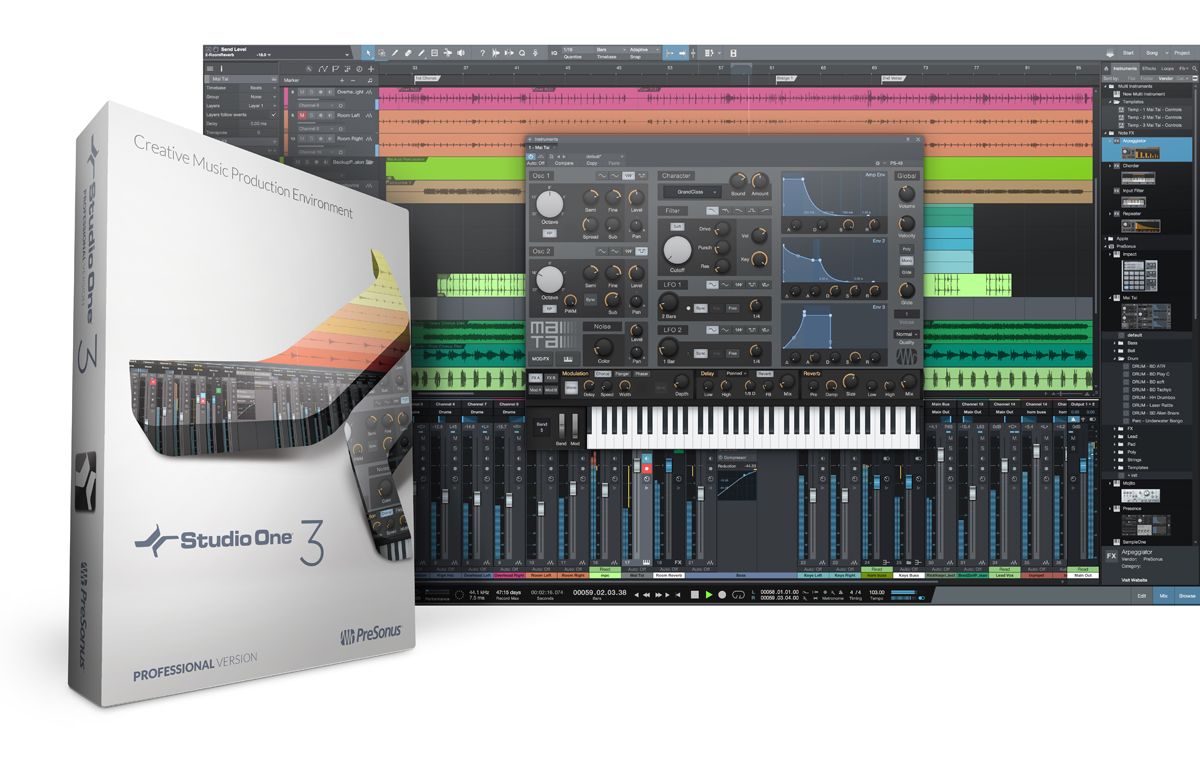 PreSonus announced that Studio One 3, the most significant update to its powerful, easy to use digital audio workstation, is now shipping. Available in Artist and Professional editions (there’s a “free” iteration coming soon as well), version 3 adds true innovations in song arranging and experimentation, as well as inspiring new ways to craft unique and evocative sounds.

In total, there are over 70 new features and updates included in the Studio One version 3 upgrade. Some of the more significant updates include new hands-on editing, mixing, and arranging via Mac and PC multi-touch displays support; customizable high DPI user interface; and a new Remote app for iPad control in the Professional edition.

Studio One 3 allows new ways to control and mix within the application as the first DAW to offer a dual platform (Mac and Windows), multi-touch interface. Furthermore, Studio One 3 Professional users now have the freedom to create away from the desk through Studio One Remote for iPad. The new Studio One also features a sleek, modern, configurable UI with support for high-resolution displays. 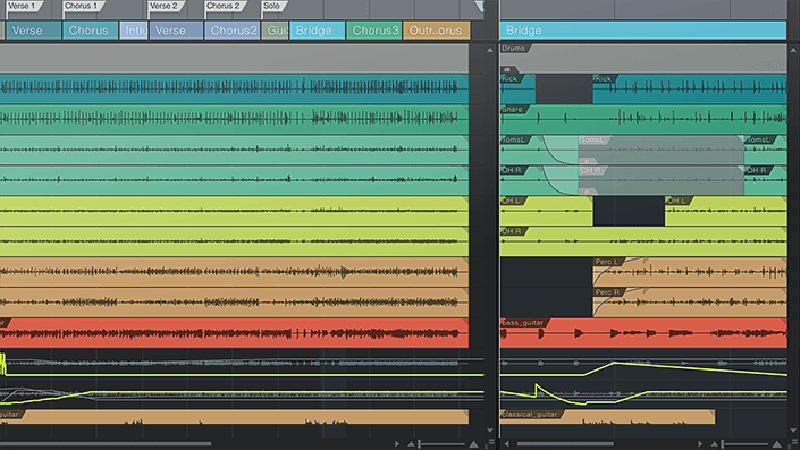 Studio One 3 Professional introduces the Arranger Track, which makes it easy to build and rearrange songs, allowing to copy or move entire song sections with simple drag-and-drop gestures. It has its own Track Inspector that shows all sections of the song, which also doubles as a quick navigation tool for the song.

Unique Scratch Pads, also in Studio One Professional, provide an independent parallel timeline that allows users to safely experiment on alternate ideas without jeopardizing arrangements. Users can drag Arranger sections, individual content, or entire songs into the Scratch Pad, make edits, then drag it back to the main song. Unlimited Scratch Pads can be saved with any project, saving the trouble of numerous alternate song files.

The updated Browser, found in both Artist and Professional, makes it easier than ever to find content, with tag-based “musical” search. It’s now possible to search for loops, samples, and presets by typing keywords like “genre” and “instrument” or by filtering content by selecting tags. The Browser also now has an integrated Cloud tab to access additional content online. 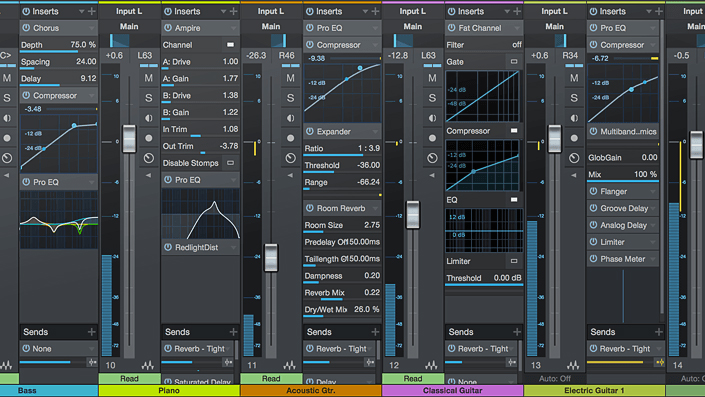 Extended FX Chains, new in the Professional version, provide new ways to build complex, multi-dimensional sounds by chaining and combining effects plug-ins in serial, in parallel by channel, or by frequency with up to five splits. Also new in Professional, Multi Instruments allows to combine multiple instruments as layers or splits in a single Instrument Track and play them like one instrument. Further dimensions can be added to a sound by using Note FX on individual Instruments layers within a Multi Instrument.

Note FX is a new plug-in type introduced in Studio One 3 that adds life to Instrument tracks by processing their note data. The four Note FX included with Studio One 3 Professional are Arpeggiator, Chorder, Repeater, and Input Filter.

Each console channel and Multi Instrument in Studio One Professional now offers Macro Controls, which allow individual instrument or plug-in parameters to be assigned to control knobs, switches, and X/Y pads for easy access. Multiple parameters can be assigned to the same control with independent settings for range/polarity/curve. 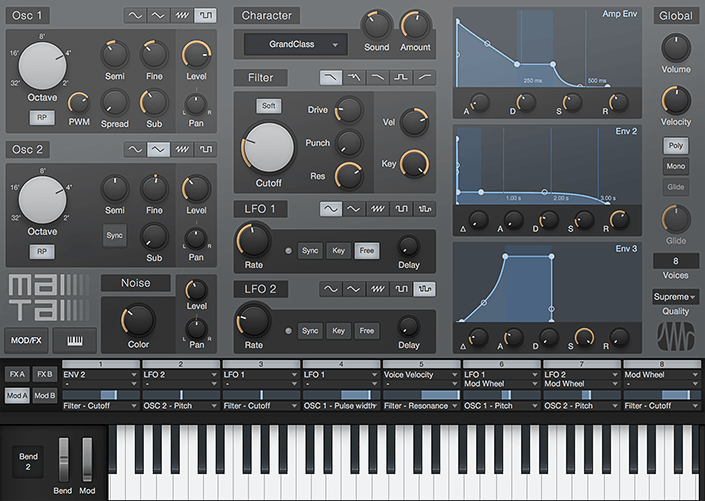 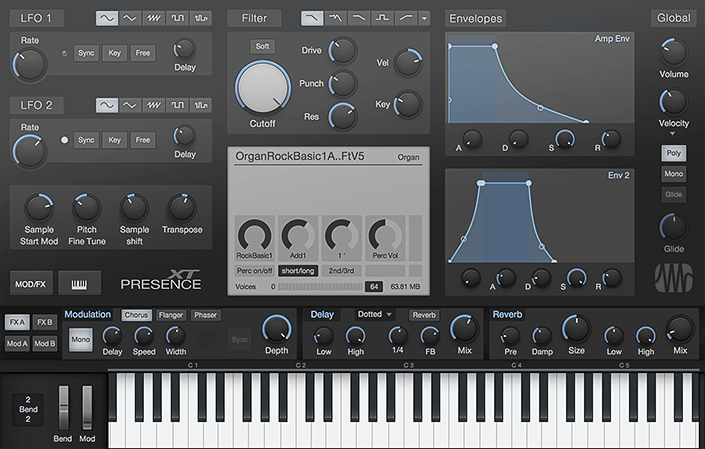 Presence XT is an expandable, full-featured sampler with a comprehensive sample library that covers all the bases. It offers disk streaming for large samples, and many sounds utilize articulation key-switching, scripting, and custom controls for unique sound parameters.

Studio One 3 Professional includes a 14 GB sound library for Presence XT and can read popular sampler formats, including EXS, Kontakt, Giga, and SoundFont without conversion.

Studio One 3 is now available in Artist and Professional versions, as both upgrades and full programs, at music retailers worldwide and direct from PreSonus. In June, PreSonus will also introduce Studio One Prime, a fully functioning free version, which will provide a great way to get started with Studio One.

Also Studio One has tight integration with all PreSonus interfaces, from an AudioBox iOne or iTwo to Studio Live AI consoles and RM mixers. When used in conjunction with an AudioBox iSeries interface and Capture for iPad, its possible to wirelessly transfer audio recordings from an iPad directly to Studio One. And of course, Studio One is compatible with ASIO-, Windows Audio-, and Core Audio-compliant audio interfaces.

The learning curve for PreSonus Studio One 3 will not be too steep for Pro Tools, Cubase or Logic users, taking around two weeks for those users to get completely comfortable. Fortunately, PreSonus also provides excellent tutorial videos to get started and advanced users.
studioone.presonus.com
related items