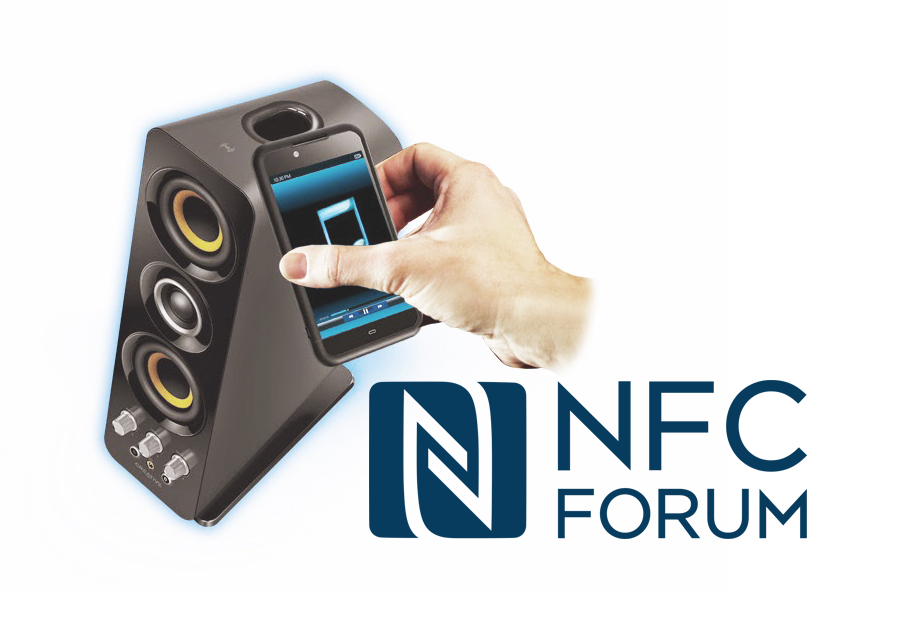 Connection Handover Candidate Technical Specification 1.4 defines the structure and sequence of interactions that enable two NFC devices to establish a connection using other wireless communication technologies, such as Bluetooth or WLAN. Candidate Version 1.4 adds the capability for an NFC device to communicate the availability of, or seek, specific services to use on the alternate carriers. This capability makes it easier for the user to launch a specific service on an alternate carrier, as in these two examples:
- When an NFC phone taps a printer, the phone can know in advance what print methods that printer supports, and can prepare to print to it.
- A user of an NFC phone has the choice of either displaying a photo from the phone on the bigger screen of a tablet or storing that photo file on the tablet. After making the selection, the user taps the tablet with the phone to transfer the photo via WLAN or Bluetooth and the selected action is performed with no additional action required.

The first final, new adopted Verb RTD 1.0 Technical Specification is used to encode generic and carrier-specific supported services, which can then be used by implementations of the Connection Handover 1.4 candidate specification to offer an enhanced user experience. The Verb Record can, for example, encode the service to trigger the printing of a document or picture that will be transferred via the Bluetooth or WLAN connection.

Also new is the NFC Logical Link Control Protocol (LLCP) 1.3 Technical Specification that defines a protocol to support peer-to-peer communication between two NFC-enabled devices, which is essential for any NFC applications that involve bi-directional communications. Version 1.3 adds a secure data transport mechanism, using industry-standard advanced cryptography for encryption and message authentication, to ensure the confidentiality of messages exchanged between peer devices. This mechanism ensures that data exchanged between two devices are automatically protected against eavesdropping. For example, the exchange of business contact data or a private phone number cannot be spied on by a third person.

“These specifications bring new levels of performance and security to NFC communications,” said Koichi Tagawa, chairman of the NFC Forum. “The specifications also help to ensure a great user experience across the broadest range of use cases. We thank our Technical Committee and Working Groups for their outstanding work.”

The NFC Forum was launched as a non-profit industry association in 2004 by leading mobile communications, semiconductor, and consumer electronics companies. The Forum’s mission is to advance the use of Near Field Communication technology by developing specifications, ensuring interoperability among devices and services, and educating the market about NFC technology. The NFC Forum’s Sponsor members, which hold seats on the Board of Directors, include leading players in key industries around the world. The Sponsor members are: Apple, Broadcom, Dai Nippon Printing, Google, Intel, MasterCard Worldwide, Nokia, NXP Semiconductors, Qualcomm, Samsung, Sony, STMicroelectronics, and Visa.
www.nfc-forum.org
related items