Steinberg Media Technologies announced the imminent release of the UR242 4x2 audio interface and it seems this will be the last. With the UR series already leaving potential buyers confused - there are now six different interfaces in the UR series - this will probably be the last USB 2.0 audio interface to reach the market - or so we hope.
Steinberg Media Technologies announced the release of the UR242 4x2 audio interface. According to the German brand - now part of Yamaha - its 192 kHz/24-bit audio quality and DSP power, class compliant support for the iPad and MIDI input/output alongside studio-grade converters and acclaimed discrete Class-A analog D-PRE microphone preamplifiers make this interface unique in its price segment. 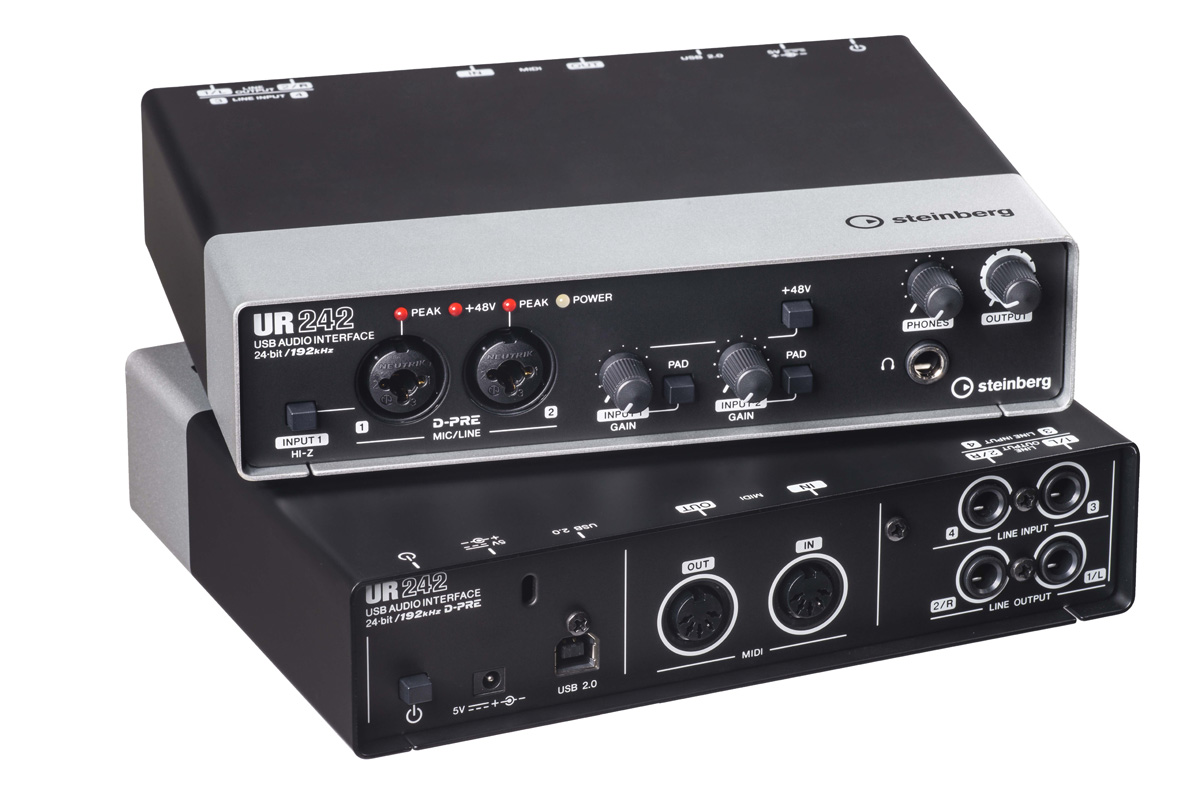 With most brands already offering Thunderbolt, USB 3.0 and even IP network studio solutions, price is clearly the only argument left for anyone still needing to buy another basic USB 2.0 audio interface - even if with 192 kHz/24-bit support. Steinberg’s UR range now features a total of six very similar looking units.

The UR242 comes with two combo connectors each boasting premier Class-A D-PRE microphone preamps with +48 V phantom power, peak LEDs, gain controls and dedicated pad buttons for signal attenuation. The additional high-impedance capability on Input 1 is designed for instrument-level signals. A headphones jack with its own volume level control and a master output volume control round out the front panel’s many features.

On the backside of the interface there are two TRS line inputs, two analog TRS line outputs and one MIDI input/output, a USB 2.0 port, a power supply connector and power switch. According to Steinberg, its inside values include DSP power for latency-free monitoring by using the REV-X reverb, the Sweet Spot Morphing Channel Strip and the Guitar Amp Classics in Cubase, or any other DAW software through the included dspMixFx application readily available for PC, the Mac computer and iPad. Its loopback capability offers users a simple means to stream performances live to the Internet, merging the incoming signals with the playback signal from the DAW.

Freely available as download to all UR242 buyers, Cubase AI provides a comprehensive set of tools for recording, mixing and editing audio. The UR242 is compatible with other major recording software applications, supports the iPad in class-compliant mode and includes drivers for Windows and OS X systems. Also available with the UR242 is the Basic FX Suite that consists of VST effects and sound-processing tools: the Sweet Spot Morphing Channel Strip, the REV-X reverb and Guitar Amp Classics with guitar amp simulations developed by Yamaha. 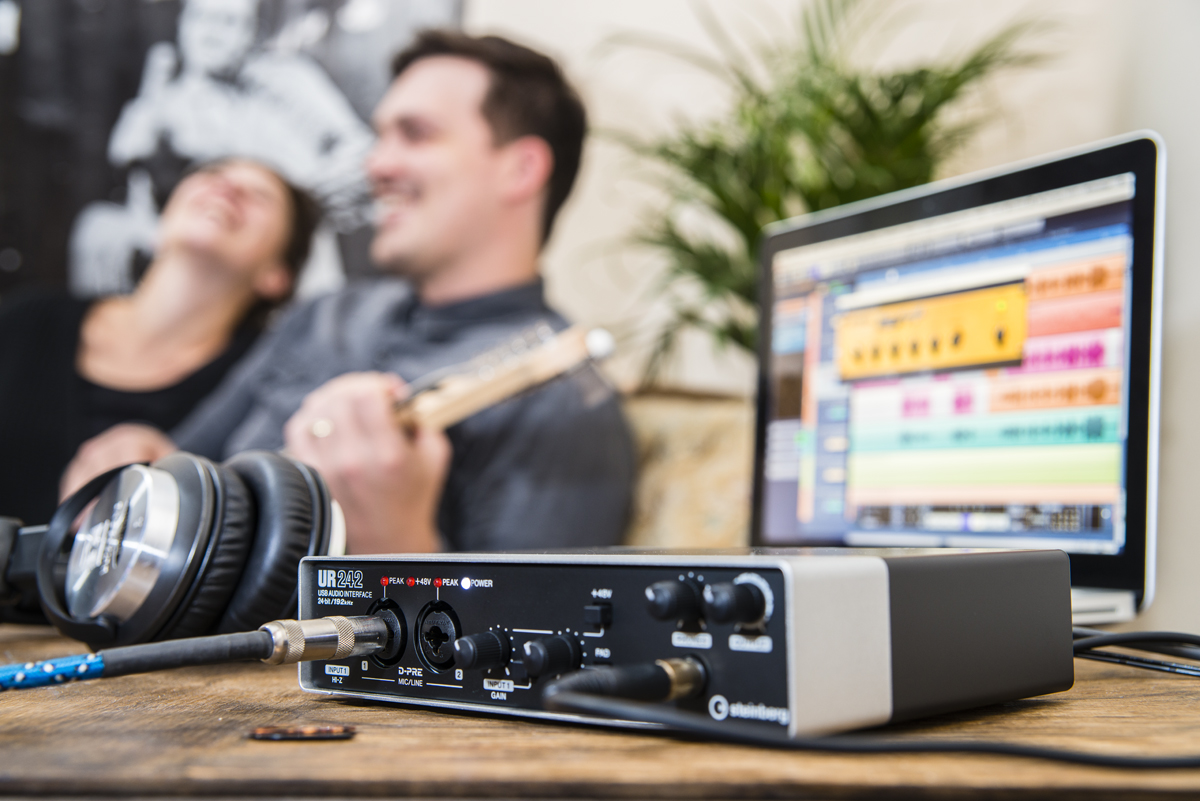 “We realized that there was a clear demand for a four-channel interface with DSP-powered, latency-free effects, CC mode and MIDI,” said Steinberg’s product marketing manager for hardware, Stefan Schreiber. “And the UR242 clearly bridges this gap in our extensive range of premium-built, premium-sounding, premium-pretty-much-everything UR series of audio interfaces.”
www.steinberg.net/ur242
related items