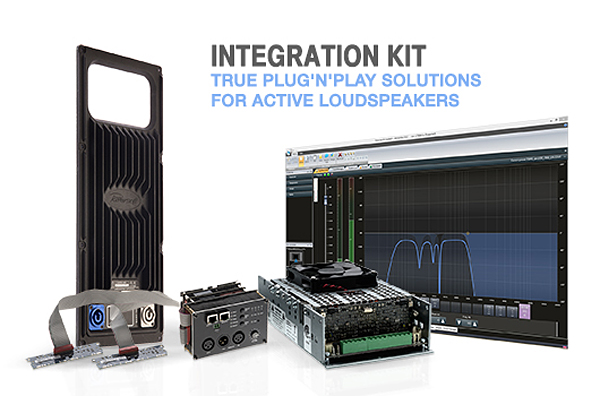 DigiMod IK brings an unprecedented degree of scale and flexibility to OEMs and integrators who require Class D amplification technology for loudspeaker applications in the professional audio markets. By separating the DigiMod into three different elements (which are easily connected by screws), Powersoft was able to deploy innovative upgrades to each component. The three components, which consist of an aluminum heatsink plate, a DSP/interface kit and an amplifier module, now include an onboard autoswitch circuit, an upgraded DSP circuit board to include external A/D converters and a set of gaskets designed to prevent air leakages.

The new DSP-D circuit board is also fully compatible with Powersoft’s Armonia Software Suite, which enables remote control and monitoring of the full range of Powersoft products. When using Powersoft’s new Armonia ProManager software in conjunction with the new DigiMod IK kit, OEM manufacturers can integrate a customized, branded layer to their finished products — complete with their own brand identity, customized presets and other attributes. 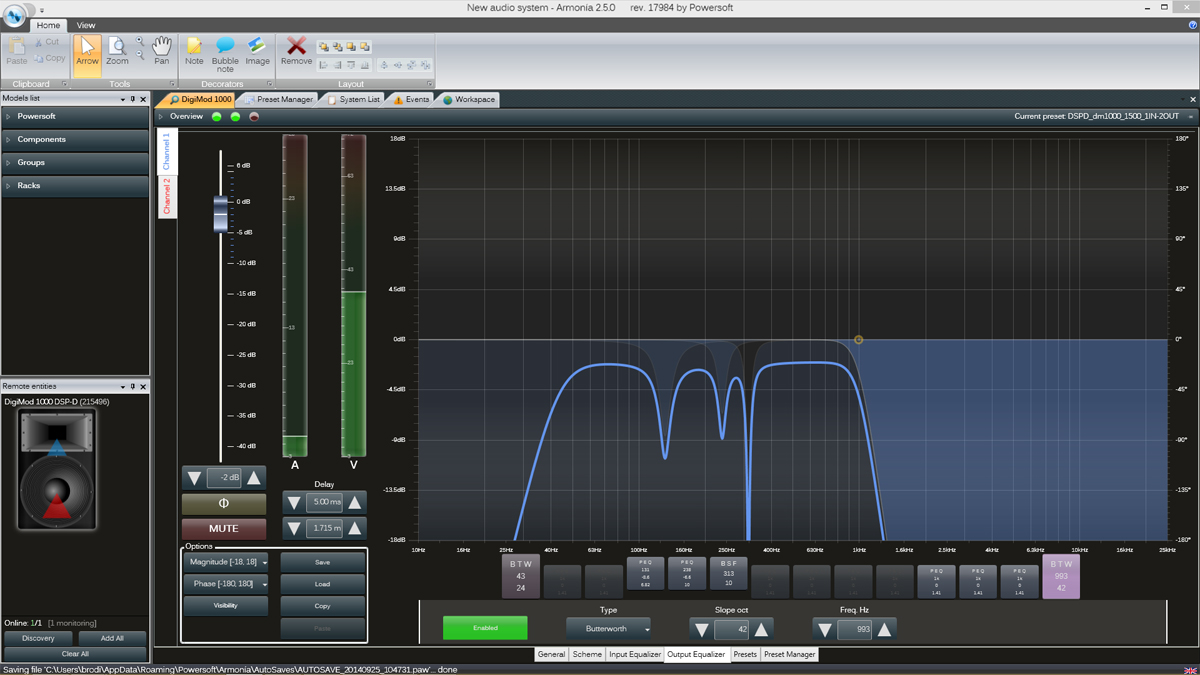 With Armonia ProManager, OEMs can initialize products as proprietary while displaying branding information, the name and serial number of the loudspeaker system, the product name and family as well as product images and brief descriptions. This level of customization and visibility adds another dimension of value for the manufacturer.

“The DigiMod IK helps our OEM partners create a more exclusive and customized product offering, while delivering the quality, performance and reliability our user base expects,” commented Matteo Bianchini, account manager of Powersoft. “Now, OEMs and integrators can access a powerful ‘plug ’n’ play’ solution that leverages the latest innovations in DSP A/D and switching technologies, while extending an OEM’s own branding and product recognition.”

A video summary of ProManager initialize procedures is available to view at the Powersoft YouTube channel. The DigiMod IK kit is available now.
www.powersoft-audio.com
related items