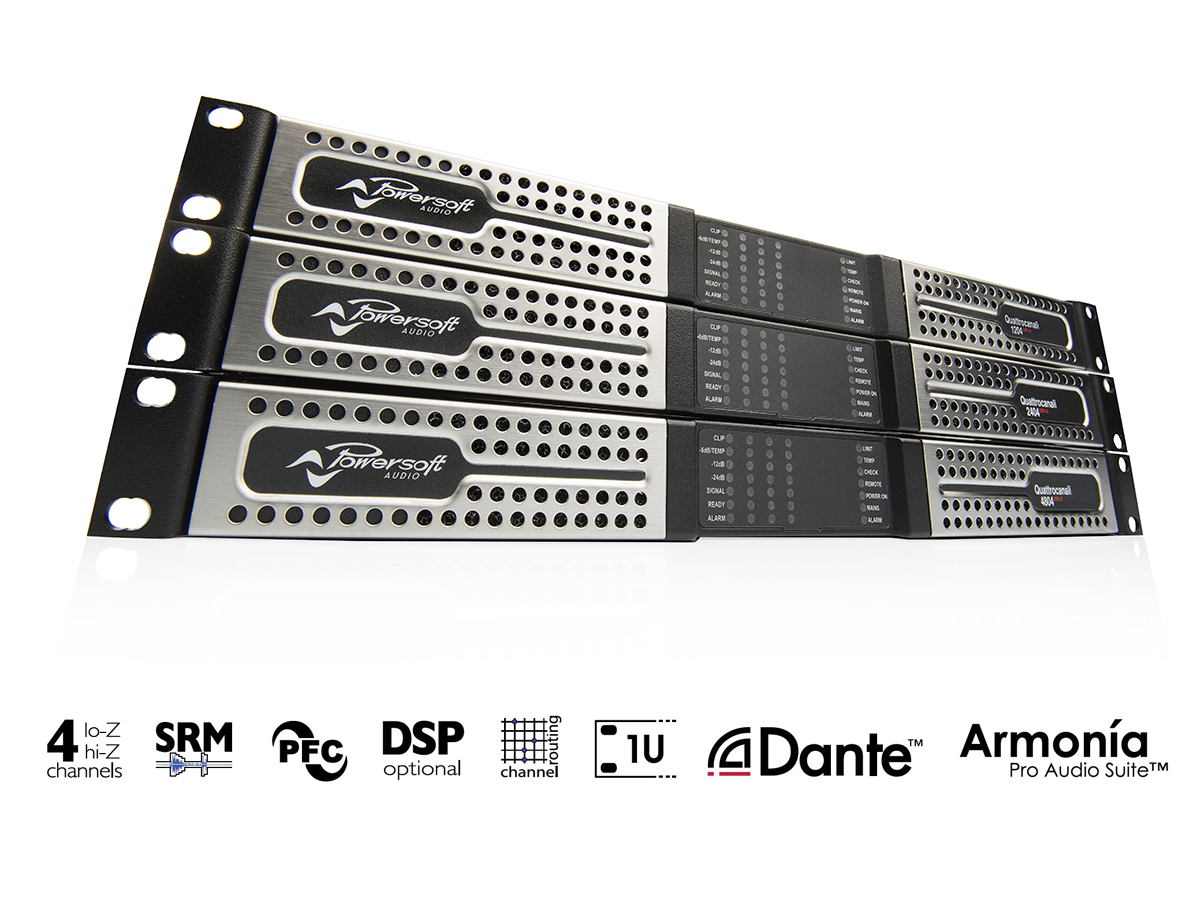 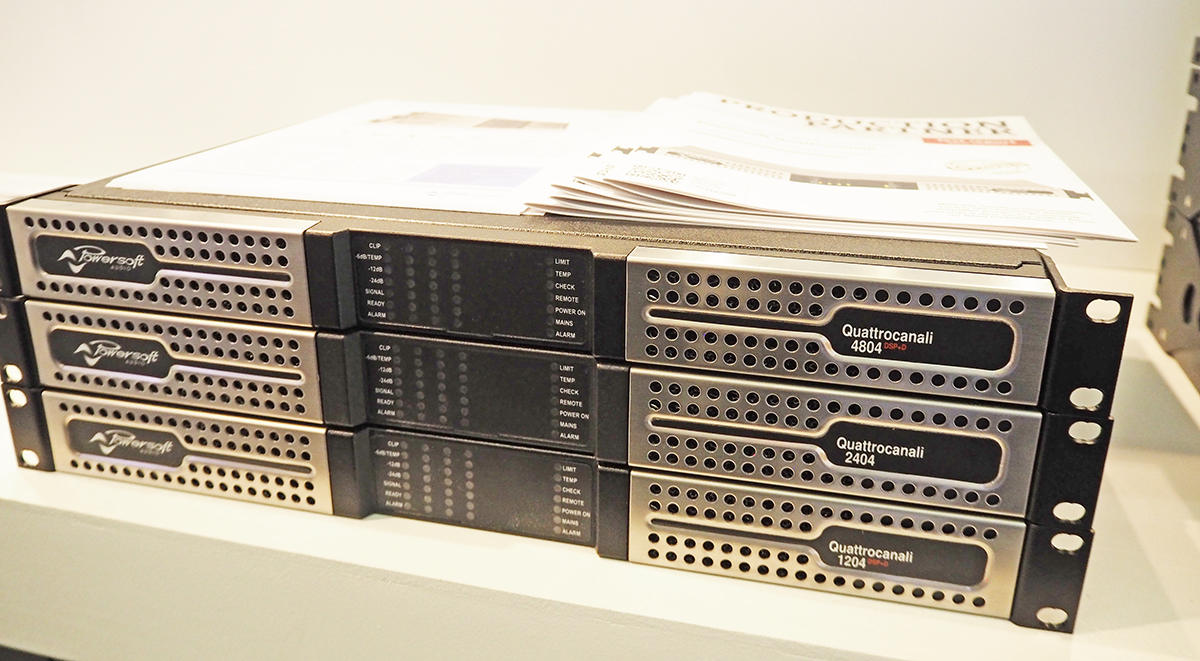 “If the Ottocanali Series is purpose-designed for bigger installations with mission critical requirements, this new series addresses the requirements from small and medium applications where the channel count is limited but the need for a flexible product to work with Hi-Z and Lo-Z systems is a must,” says Marc Kocks, Business Development Manager for Fixed Install. “In particular, the new Quattrocanali 1204, featuring 300W per channel, can open up a new market for Powersoft that historically was recognized among the industry leaders for higher power applications. We believe that in many small installations, like leisure venues and retail spaces, where sonic quality and simplicity of use are important, this product will quickly become a best seller — because for the first time users have a competitive choice in Powersoft product’s catalogue,” summarizes Sales Director, Luca Giorgi.

Meanwhile, Powersoft continues to reduce the impact on the environment via its patented switching mode power supply, which enables the Quattrocanali to be fitted inside a 1RU enclosure. This means that more amplifiers may be carried within a single shipment, reducing CO2 emissions generated by moving large volumes across the world. In fact, Quattrocanali’s design implements clever features so that it may be installed in places that were once deemed unpractical and unsafe, while reducing the need for external outboard. In addition, the lowest thermal dissipation ratings in the industry make the use of external cooling superfluous.

The implementation of all those technologies in no way compromizes sound quality — in fact it enhances Quattrocanali's performances by recycling the otherwise wasted speaker reactive energy, delivering more stable power throughout the spectrum. 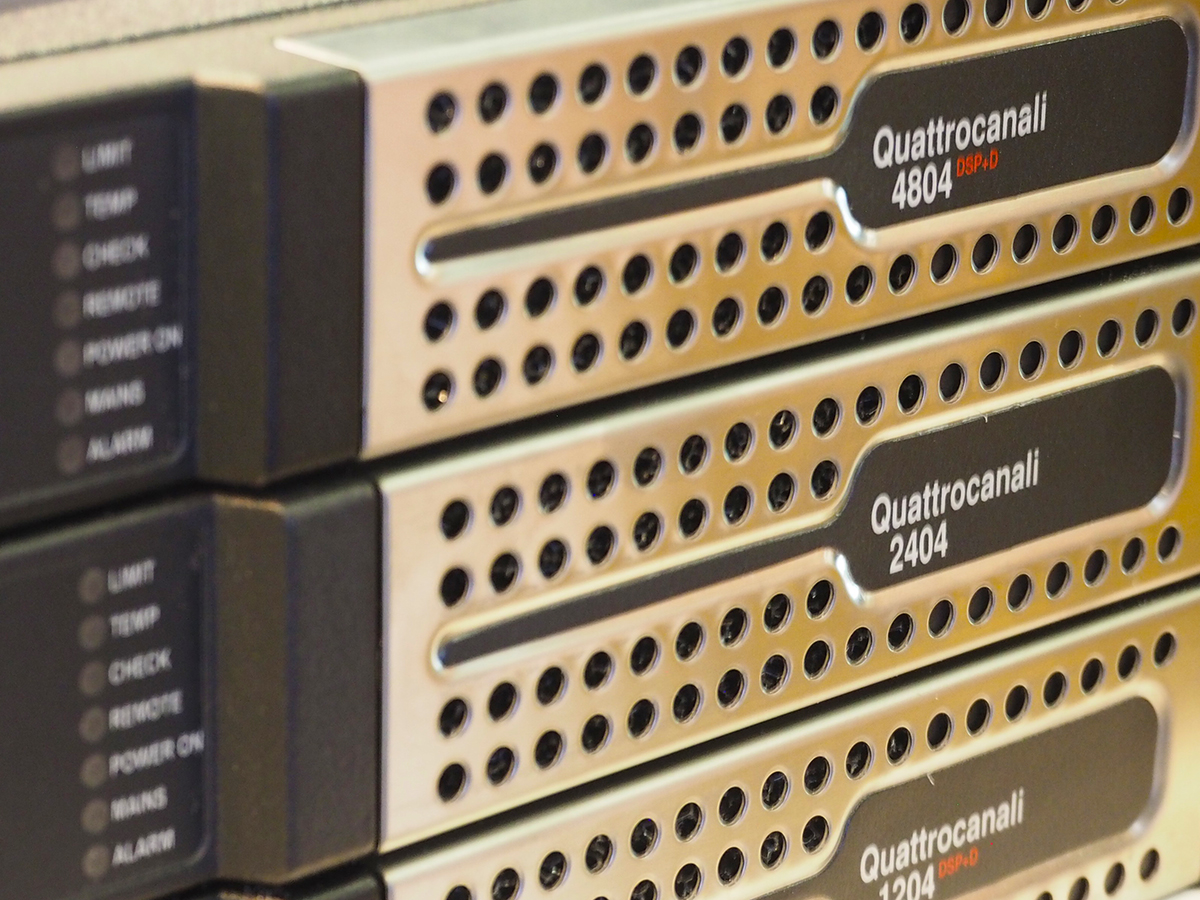 Quattrocanali is available in both DSP and non-DSP versions, both fully remote controllable via standard GPI/O connections on the back panel, Powersoft’s proprietary Armonìa software, dedicated web app, or third party application. Remote operation on the Quattrocanali is available via the web app and Armonìa, enabling the user to access all the amplifier’s functions from a decentralized location, further reducing the need for personnel on station. It seamlessly integrates within a networking environment, making monitoring and operation capabilities remotely accessible.

The operator may also set up the Quattrocanali off line, saving precious time, and enabling the audio engineer to work on presets from the comfort of his office. At the same time, the fully-customisable interface seamlessly integrates all devices in one easy-to-manage screen, so that everything displayed can be monitored at a glance.

When limiting access to the controls becomes paramount, the installer can set up different criteria through the access manager, enabling guest users to only access monitoring functions while leaving full operability to qualified admin users. In the unlikely case of malfunction the operator will also be able to perform a preliminary assessment by exploiting the fault’s monitoring capabilities.

Remote access to the Quattrocanali is available both through standard Cat5 cabled and Wi-Fi networks, so that the user can be just a click away from unleashing its full potential and tweaking parameters — whether via laptop, PC, tablet or smartphone. Quattrocanali's architecture may also be trusted in mission-critical applications where sound clarity and intelligibility are paramount, by exploiting the GPI/O connections.

Quattrocanali may also be seamlessly integrated within High Impedance 70V-100V distributed line systems. Trailblazing new standards in the Industry, Quattrocanali's thermal dissipation is half of that of Powersoft’s closest competitor. 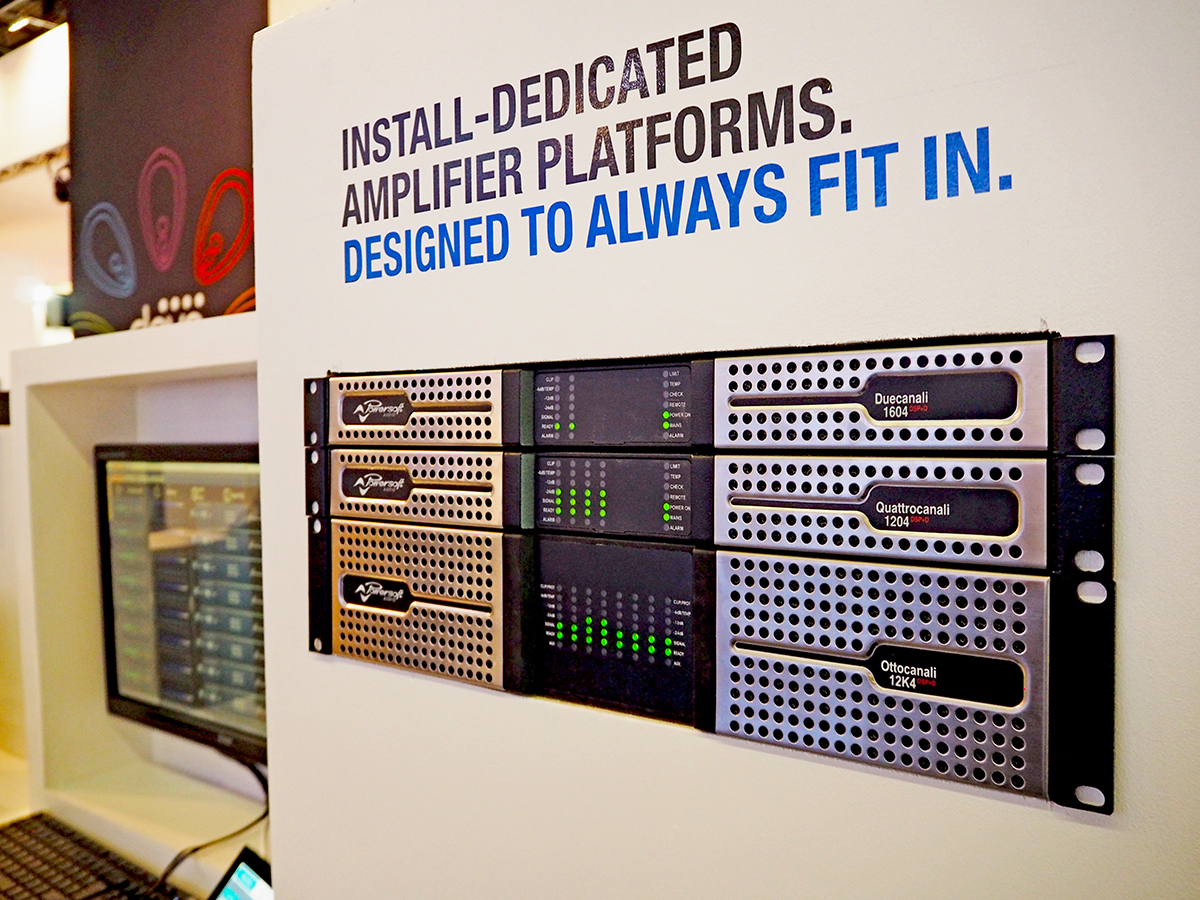 Powersoft adds to Duecanali Series
Powersoft also used ISE 2017 to introduce Duecanali 1602, a two-channel model similar in terms of on-board technology to the Quattrocanali — although it differs from the current Duecanali Series, which is based on K Series.

Network audio expansion is provided by the Dante protocol with a capacity of 4 x 4 channels (not available in the earlier Duecanali models).
www.powersoft-audio.com
related items