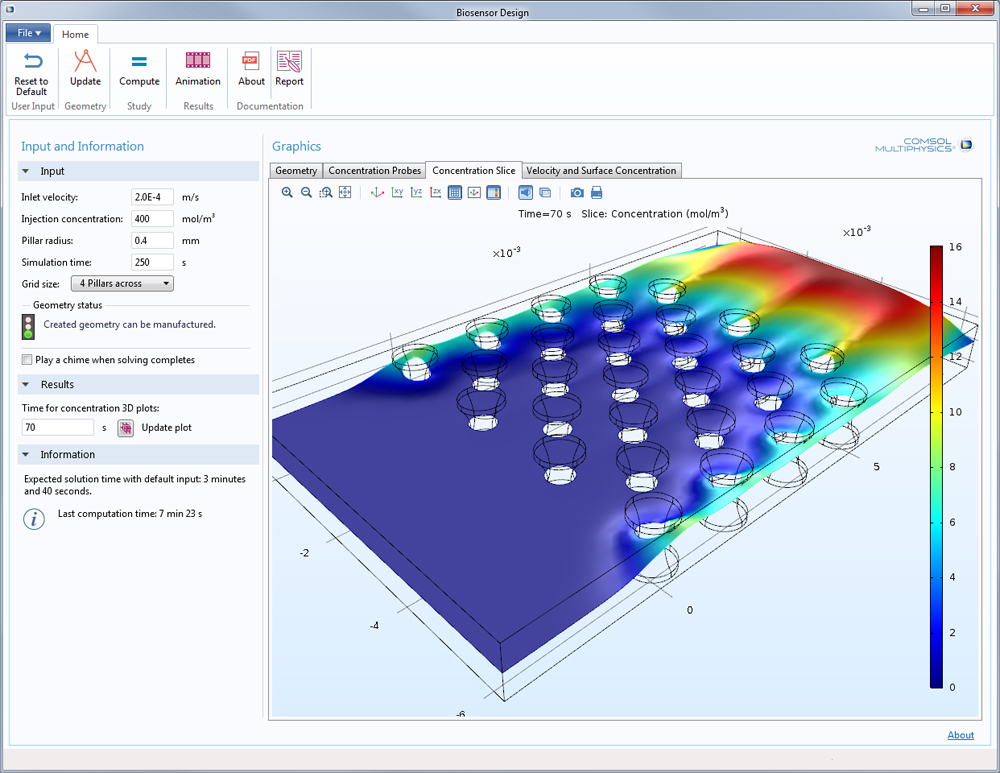 According to COMSOL, simulation experts can now benefit from a fully integrated environment where they can create models with COMSOL Multiphysics, build simulation apps with the Application Builder, and share these apps with non-experts via COMSOL Server. Multiphysics software version 5.1 also enhances user experience and productivity by allowing users to seamlessly combine model setup with application design from within a single interface.

Major upgrades to the Application Builder include full integration between the Model Builder and Application Builder, improved layout tools for app design, and LiveLink for Excel capabilities in applications. Customers will also benefit from the flexibility of being able to run applications on multiple computers with COMSOL Server.

In COMSOL Multiphysics 5.1, while building an app, an engineer can easily switch between the Model Builder and Application Builder and make updates to both the model and app simultaneously. The Application Builder is now accessible directly from the ribbon in COMSOL Multiphysics, where the user can simply switch to the app design environment and continue working in just one click. Additionally, both models and apps can be saved in the unified .mph file format.

“The Application Builder is the only application design environment where the user can create multiphysics apps not only within a single software environment, but within a single window using the same file format,” said Bjorn Sjodin, VP of Product Management. “This innovation streamlines the app design process and allows simulation apps to become a truly game-changing engineering solution that will bring powerful design capabilities to non-experts.” 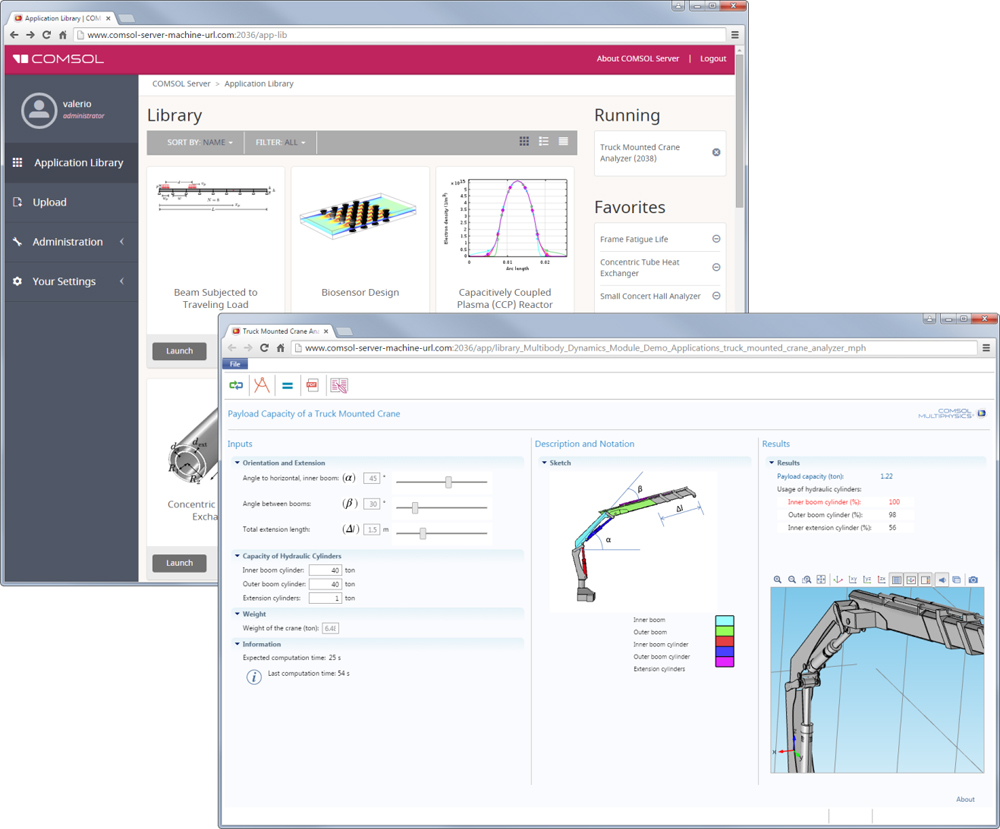 This streamlined integration of the Model Builder and Application Builder allows model data to be exchanged between the two tools from within the same environment. For example, a function or feature available in the Model Builder can be quickly made available in the Application Builder for the application designer to use. There is no need to interface between different software packages and all tools needed are readily available. Additionally, for instances where the application designer wishes to implement highly-customized commands and operations, code generation is greatly simplified in version 5.1 and many template codes are provided.

COMSOL Server also includes many improvements. It can now be run on multiple computers, allowing computations to be run on a separate machine from where the app is being launched. The updated Application Library in COMSOL Server features new grid, detail, and list views with information on which add-on products are needed to create a particular application.

COMSOL Multiphysics users can now browse models and applications without the add-on product licenses and can perform additional post-processing on the available results. This update will have a major impact on productivity as users can now inspect any COMSOL file and, while the simulation cannot be solved again, can see which features has been used and easily work on models and applications created by others.

Version 5.1 also introduces ready-to-use parametric geometric components available to use with any module and a library of dedicated parts for the Microfluidics Module, Mixer Module, Ray Optics Module, and Structural Mechanics Module. The Ray Optics Module and Wave Optics Module will also benefit from the addition of a new Optical Materials Database.
www.comsol.com/release/5.1