“Rio, July 2014: It was one of those gigs where nothing can be allowed to go wrong.” This is the amusing start of a great story were audio over IP technology actually helped to save the day, in this case, with Merging Horus’ interfaces and a Ravenna network connection. Maybe it was that amusing for those involved, when things didn’t happen according to plan.
We don’t normally run conventional application articles on audioXpress because a certain brand or new model was used in a large event or installed in a certain prestigious building and nothing relevant can be learned from it. Sometimes those stories serve to teach us valuable lessons, such as this one we received from Swiss manufacturer Merging Technologies. The content focused on the World Cup Concert in Rio de Janeiro and how “it always goes according to plan… except when it doesn’t.” We decided to publish this story because it also shows the true value of Audio over IP (AoIP)  when facing technical challenges.

Rio de Janeiro, July 2014: It was one of those gigs where nothing can be allowed to go wrong. The World Cup Concert at the HSBC Arena in Barra de Tijuca was due to be broadcast delayed-live to more than 50 countries within hours of finishing, starting with China. The concert starred Plácido Domingo, Lang Lang, Puerto Rican soprano, Ana María Martínez, the Brazilian Symphony Orchestra and Opera Chorus and local singing sensation, Paula Fernandes made a surprise appearance. The musical feast featured highlights from Domingo’s extensive operatic repertoire married with songs from Broadway, operetta, Zarzuela and popular music from around the world. 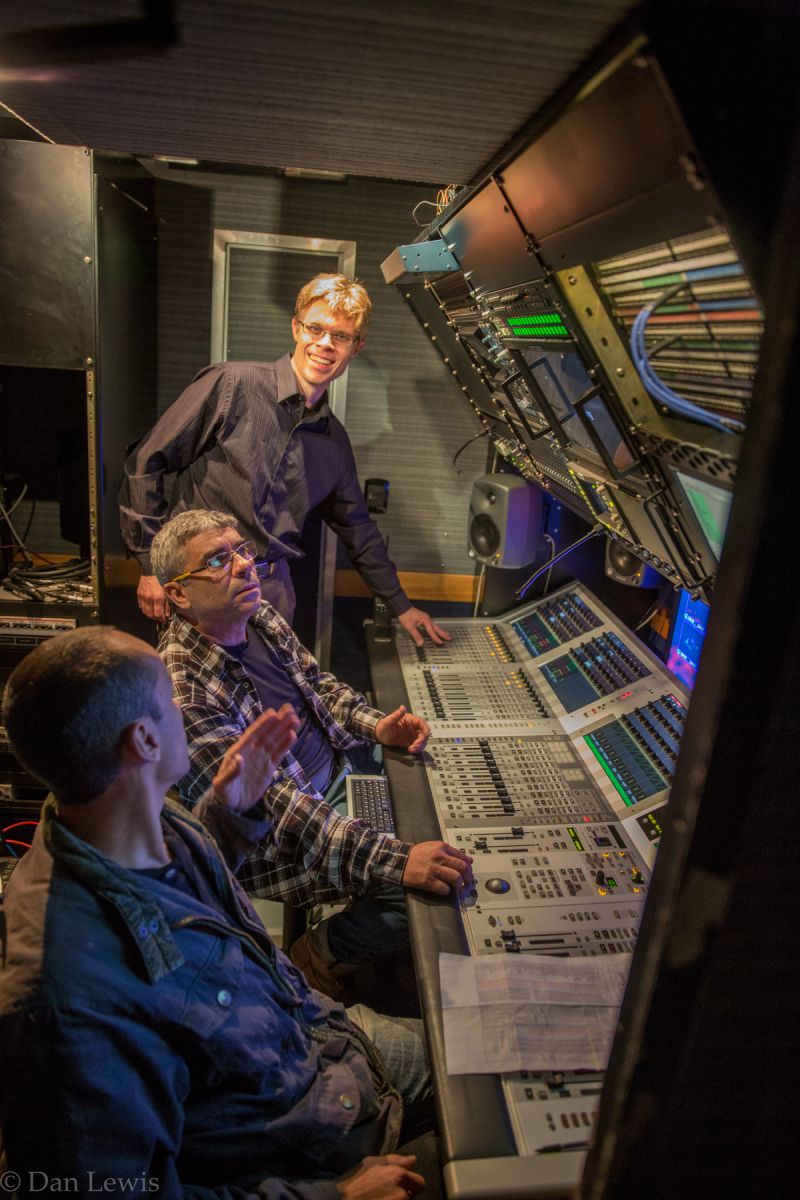 The renowned production company, Bernhard Fleischer Moving Images, was retained to ensure a top quality result and it entrusted the audio production to Grammy Award winner, Jesse Lewis who had been their partner on several previous occasions. The planning was meticulous and clear instructions were sent ahead; input lists were done, MADI splits were arranged, cabling specified and all the equipment was organised to be there. Brazil presents some challenges for importing equipment so some of it, including the Merging Horus units, was shipped from Europe. Jesse Lewis always uses Pyramix for the recording so plans were in place to record at 96 kHz with one Horus on stage and the other in the truck. And, it always goes according to plan… except when it doesn't.

The weather at John F. Kennedy (JFK) airport delayed Jesse’s flight to Rio by one day, cutting the preparation time in half. When he finally arrived, the OB Van location had needed to be moved an additional 50 meters to accommodate construction for the 2016 Olympics. This extended the copper cable runs to about 100 meters; on the limit for both coaxial MADI and gigabit Ethernet. The cables they were able to acquire on short notice would be below spec (100 meters of fiber MADI wasn’t an option on 6 hours notice); every vendor was completely bereft of stock because of the World Cup. There was an option of either slightly longer cable runs without electrical interference or shorter ones with a high probability of problems; longer runs without interference were obviously chosen.

Both RAVENNA and coaxial MADI were run to provide redundancy but nobody could speculate which would work. The team connected redundant MADI streams from the DiGiCo racks, one for each Horus. One Horus was installed in the rack with the DiGiCo, with short coaxial MADI cables feeding it, and a long CAT6E RAVENNA feeding the truck. The other Horus was placed in the truck and received the pair of long coaxial MADI. 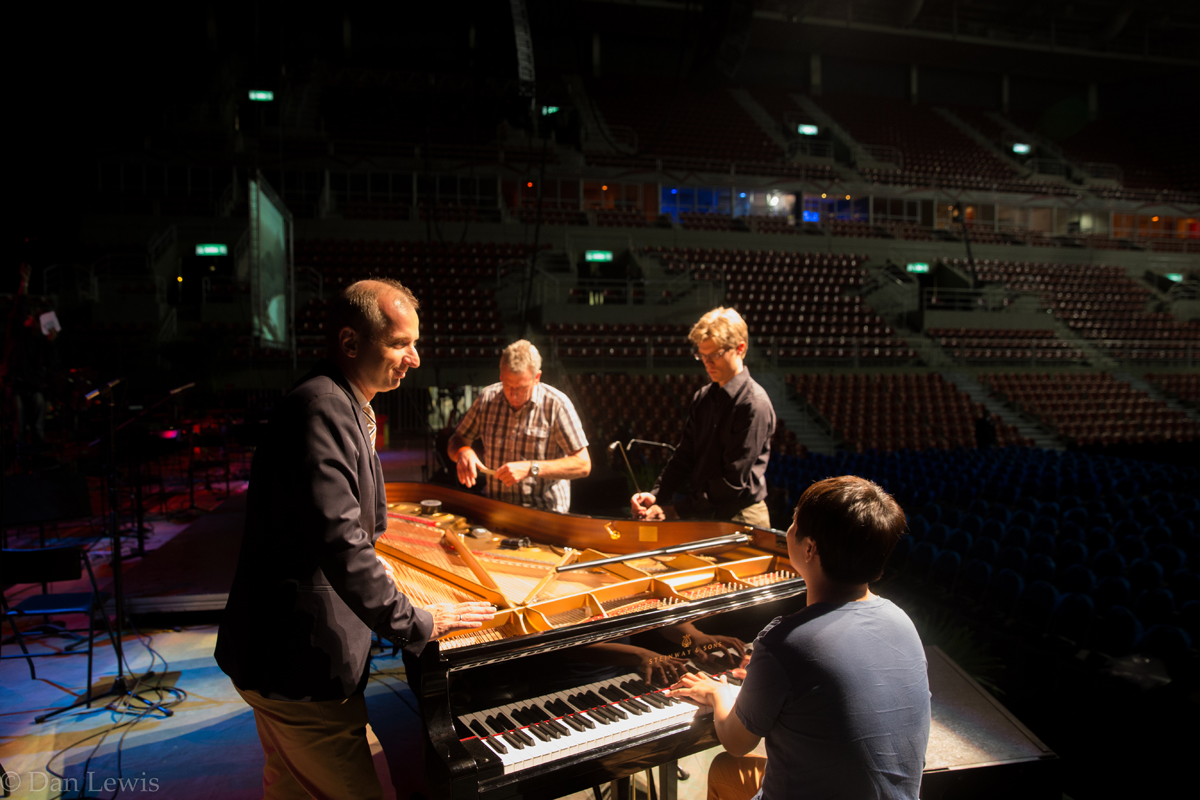 Jesse Lewis takes up the story; “We knew ONE of them had to work. We looked first at the MADI connections in anticipation of green lights - signal? Lock? MADI had nothing, blank. Checked the connections, checked them again. Moved them just in case—nothing. Moved them back—still nothing. We moved to Ravenna, our only hope. Green. Lock. PTP means Precision Time Protocol and the light was green! From DiGiCo, two coaxial MADI connections fed 128 audio channels to our Horus unit, which in turn fed the RAVENNA network on 100 meters of CAT6E. Flawless. Thank God for Horus and the RAVENNA network. I can’t think of any other I/O unit with this flexibility.” 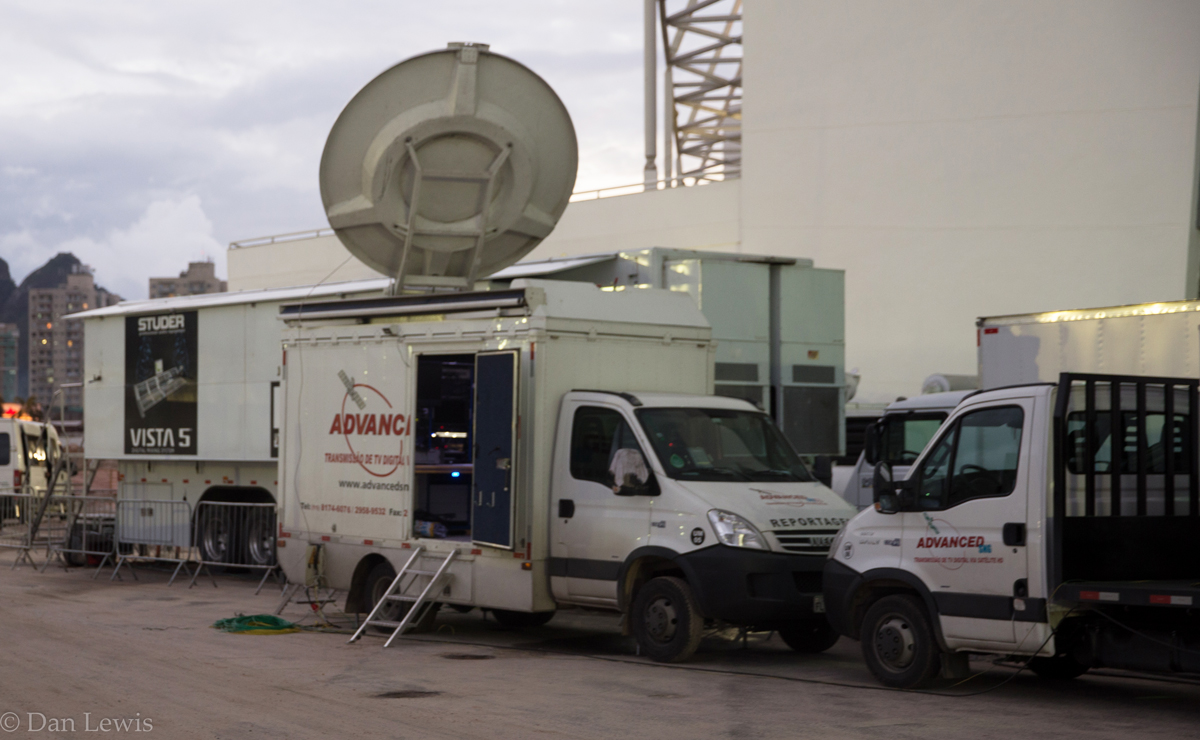 The Horus also allowed for routing of the MADI signal in eight-channel blocks to overcome some limitations of the Studer Vista 5 MADI input. It was also discovered that the truck was not able to cope with a 96 kHz recording so it was switched to 48 kHz without compromising the final transmission. The two 56-channel coaxial MADI streams from the DiGiCo were fed from the Horus via RAVENNA and then to the Studer console on a pair of 64-channel MADI fiber streams allowing the recording of all signals to hard disk. The Pyramix recorders were perfectly reliable, and even allowed for some convenient remixing prior to the delayed-broadcast a few hours later.