Mackie announced a serious price drop for its DL806 digital mixer with iPad control, the 8-channel version of its original DL1608 which made digital wireless mixing now more powerful and attainable than ever. The company confirmed a 25% list price reduction for the DL806, at least in the US market.
Mackie’s DL Series Digital Live Sound Mixers with iPad Control have gained an amazing reputation among bands and in the world of live sound. Already proven worldwide, Mackie’s DL Series mixers combine the power of a full-featured digital mixer with the ease-of-use of an iPad.

On July 1, 2014, the eight-channel DL806’s price significantly dropped (it is 25% less in the US market) making it the lowest-priced professional digital mixer on the market. Perfect for applications ranging from a corner café with an open mic night, singer/songwriter performances or corporate meeting room installs, the eight-channel DL806 delivers a digital feature set that is infinitely more powerful than an analog mixer. Completely controlled using one or more iPad devices, the Mackie Master Fader control app provides intuitive control over tons of powerful processing and mixing tools that only a digital mixer can provide. 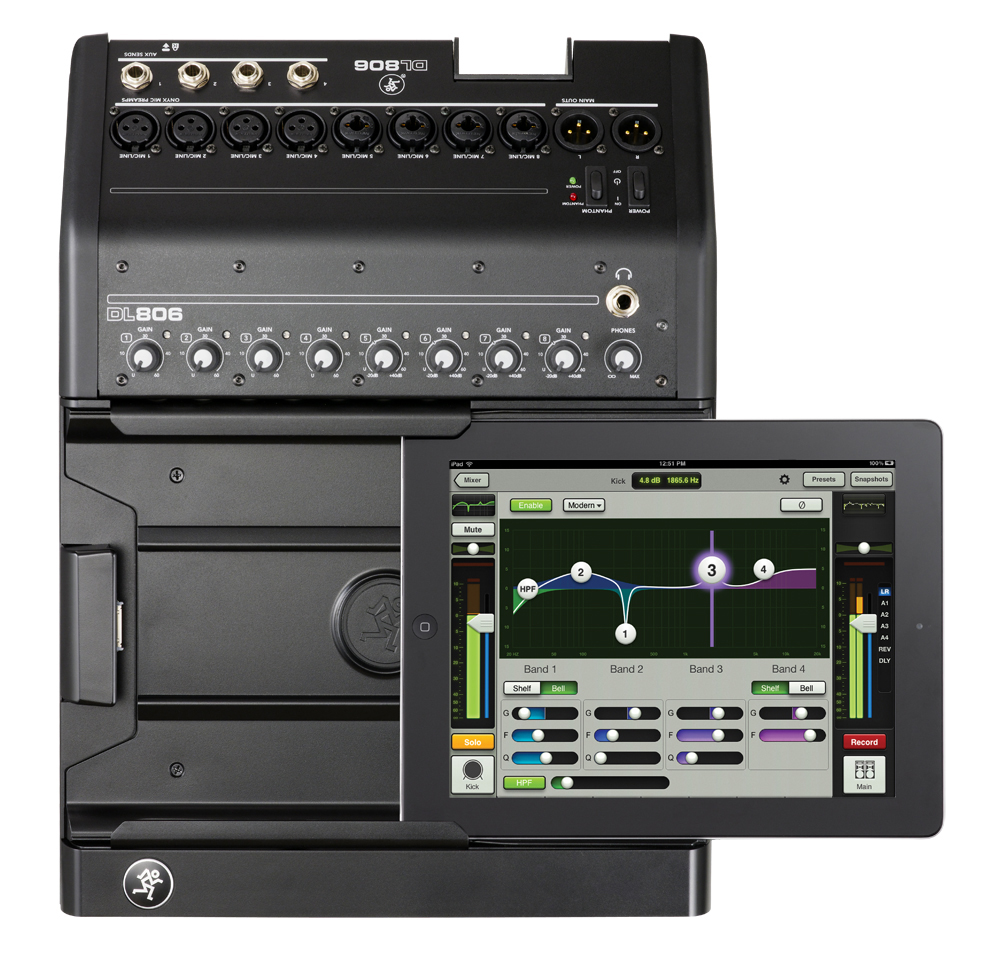 “Just because your application has a lower channel count, it shouldn’t mean you are stuck with an analog mixer with limited capabilities,” comments Ben Olswang, Mackie product manager. “From wireless mixing to tons of powerful processing, the DL806 delivers much more than you expect for the low price.”

The DL806 enables complete wireless control from an iPad, iPhone, or iPod touch so the I/O can be placed wherever is most convenient and the performer or engineer can make adjustments from anywhere in the venue. This is also great for corporate AV and education installs, since the I/O can be racked away out of sight and users can still adjust levels as needed.

With a powerful built-in DSP, the DL806 features professional, but easy-to-use tools for any application, including compressors and FX for vocals and graphic equalizers for room tuning and feedback elimination. The tools are instantly accessible from the user’s iPad. All eight input channels feature a four-band EQ, gate, and compression. A lush suite of reverbs and delays are included and each output features both a four-band PEQ and 31-band graphic EQ, limiting to protect connected loudspeakers and alignment delay perfect for syncing multiple speakers throughout a larger venue.

Another powerful benefit of digital mixing is recall. The DL806 is packed with great-sounding presets to cover virtually any application. Novice users can quickly access a large library of presets which not only helps them to get set up faster; it provides an instant starting point that sounds great every time. Plus, snapshots can be used to configure the entire mixer for a variety of uses with just the push of a button. And with the combination of view groups and access limiting, the mixer can be completely customized to show only the controls needed for the task, making the DL806 perfect for places like small bars and corporate settings where the operator is likely to have little mixing experience. Small bars can place an iPad with the bartender for simple music level adjustment as ambient noise levels change throughout the night. For corporate applications, clearly labeled channels for a single mic and video playback volume offer simplicity and safety for novice users. 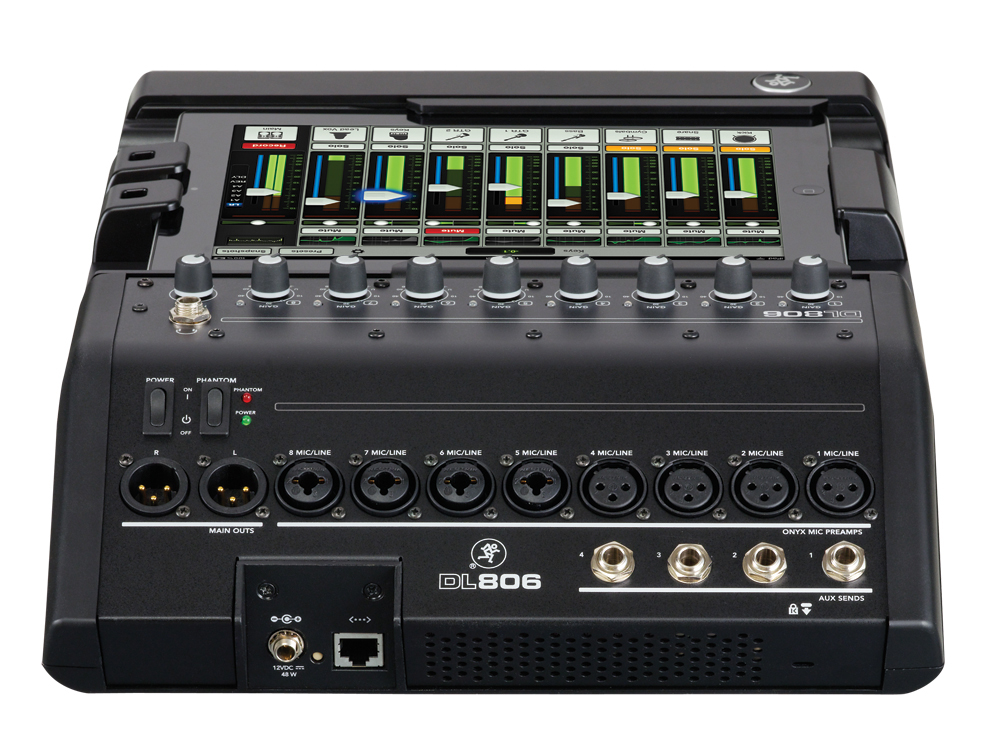 “Mackie has a strong history of bringing incredible features down to amazing price points. With the new attainable price of the DL806, every basement rehearsal space, corner coffee shop and open mic night can benefit from the power of digital mixing,” concluded Olswang.

To use the DL806 digital mixer, users will need an Wi-Fi router, which the current models do not include—and the reason why Mackie will eventually update the original models later this year.
The DL series mixers are available with Lightning dock support for wired control from iPad (fourth generation) and iPad mini (requires optional iPad mini tray accessory), while there are still DL series mixers with 30-pin docks for older generation iPads. Wireless control is supported from iPod touch (fourth and fifth generation), iPhone 4, iPhone 4S, and iPhone 5.