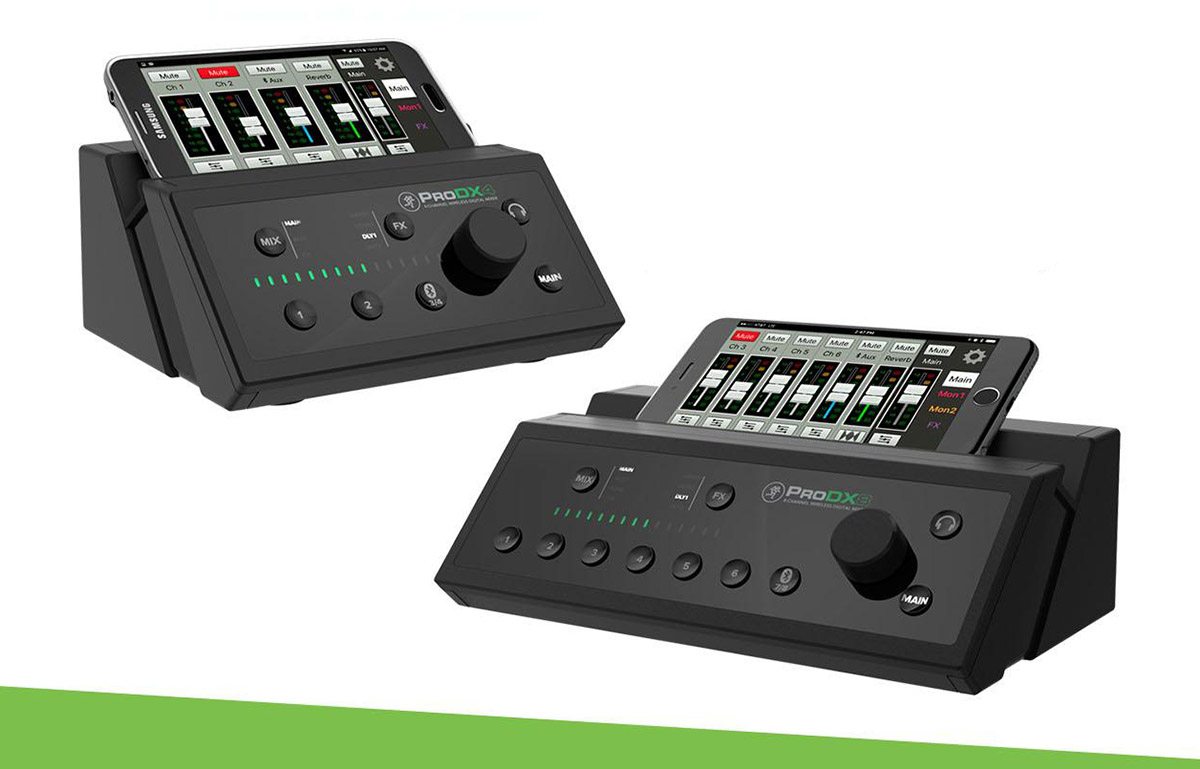 The new ProDX Series features two models, the 4-channel ProDX4 and the 8-channel ProDX8. With wireless streaming and control, powerful processing, and an extremely intuitive control app for iOS and Android, ProDX mixers deliver the amazing benefits of digital mixing in Mackie’s most compact mixers ever.

ProDX Series mixers couple the power of digital mixing and an ultra-compact form factor perfect for solo performers, small bands, venues and commercial applications that require lower channel counts. Both mixers are equipped with Mackie’s Wide-Z mic preamps. These combo inputs allow connection of mic, line and instruments and require no gain adjustment for easy setup. And with their single knob hardware design, any user can make quick and easy level adjustments.

Using the companion MixerConnect control app for any iPhone and iPad, or Android smartphones and tablets, users unlock powerful processing and total wireless control plus the ability to wirelessly play back music or backing tracks from any Bluetooth capable device. This in fact converts the Mackie ProDX Series into excellent docking stations for integration with a home studio or any sound system. 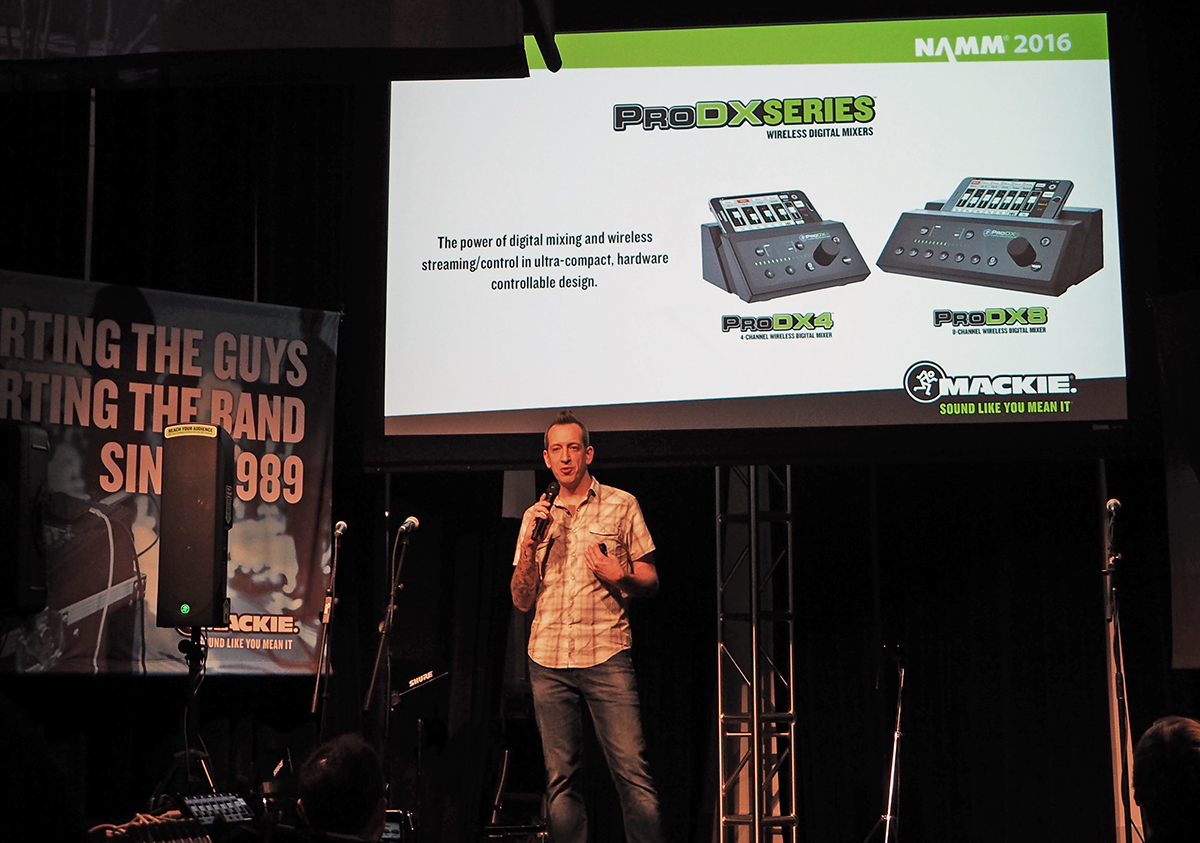 “Performers, small venues and commercial applications often have to settle for limited capability when choosing a compact mixer,” commented Ben Olswang, Mackie Senior Product Manager. “With ProDX, we’ve delivered a powerful digital mixer with loads of processing, wireless control and Bluetooth streaming. But we’ve also created a mixer that’s incredibly convenient and easy to use from the intuitive from panel interface. It’s the perfect combination.”

ProDX mixers have built-in hardware that allows easy control over any channel and output via a single knob. This is perfect for applications such as restaurants, commercial applications, rehearsal studios that have many users that only need quick level adjustment with virtually no learning curve and often in dimly lit or tight spaces. 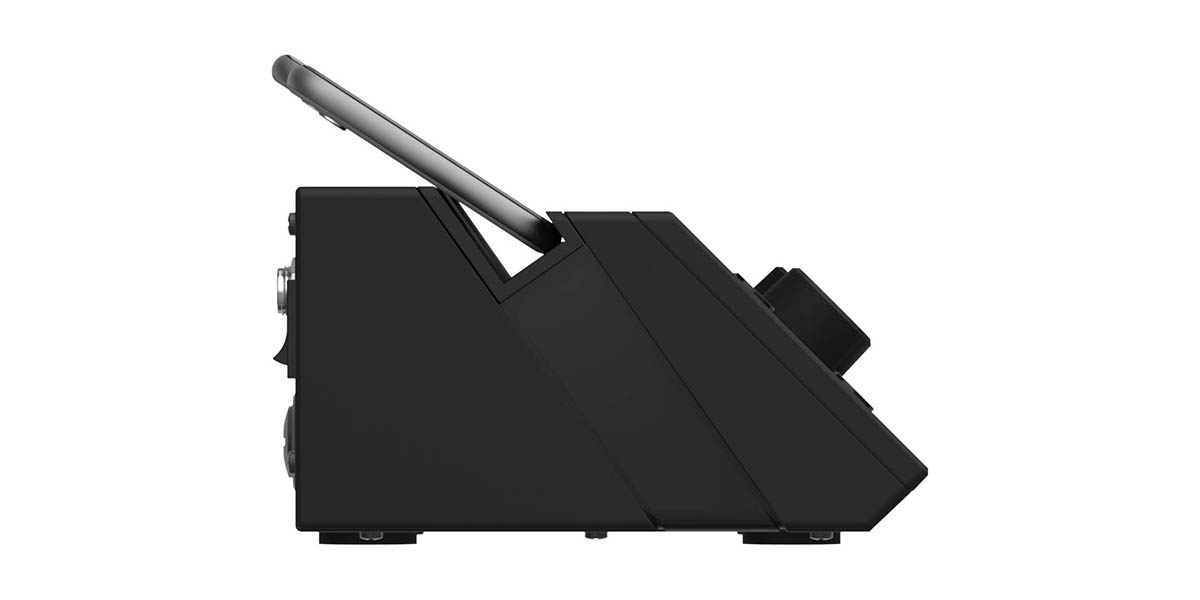 In addition to the quick front panel hardware, ProDX mixers provide complete wireless control over everything from EQ and FX to voicing and mix presets using the MixerConnect app available for iOS and Android devices. This allows the mixer to be stored safely and out of sight without losing any control. Performers can attach their phone to their mic stand for fast changes to their mix without interrupting the performance to run to the mixer. Both models feature an integrated control bridge, offering a convenient place to set a phone or tablet at just the right angle for keeping an eye on the mix.

ProDX mixers also provide essential tools, like an easy-to-use 3-band EQ w/ sweepable mid, low cut and no-hassle compression per channel. The built-in ReadyFX effects engine offers a choice of 16 great-sounding effects, so users can pick the perfect delay for their guitar or apply reverb to add life to any vocal application. A flexible graphic EQ on all outputs allows fine tuning of the overall mix. Users can save their mix and and instantly recall at the next show for quick setup.

In addition to the convenient hardware controls, powerful processing and wireless control, ProDX mixers are equipped with the essential I/O that typical small mixer applications require. The ProDX4 features two Wide-Z preamps, plus TRS main outs and an aux send for sending audio to a monitor or separate zone. The ProDX8 extends the input count to 6 mic preamps and the addition of a second aux send. Both mixers also come with a 1/8” stereo aux input for connecting a media player and a headphone output for monitoring or silent practice.

“We are excited to bring this incredibly versatile, compact mixing solution to users,” Olswang commented. “ProDX was designed to deliver a powerful digital mixer with the ease of use of an analog mixer, all at an incredible price, perfect for solo performers, small bands and commercial applications.”
The Mackie ProDX4 and ProDX8 will be available worldwide beginning April, 2016. ProDX4 has a U.S. MSRP of $259.99 and the ProDX8 will has a U.S. MSRP of $389.99.
mackie.com
related items