Leema Acoustics, a British hi-fi manufacturer founded and run by two ex-BBC sound engineers, has launched the Xen 2 loudspeaker; the original Xen having been the result of a research project to squeeze a BBC-graded monitor speaker into a 5L cabinet! The new Xen 2 is based on the previous model (deleted in 2008), but with a host of improvements for 2015. 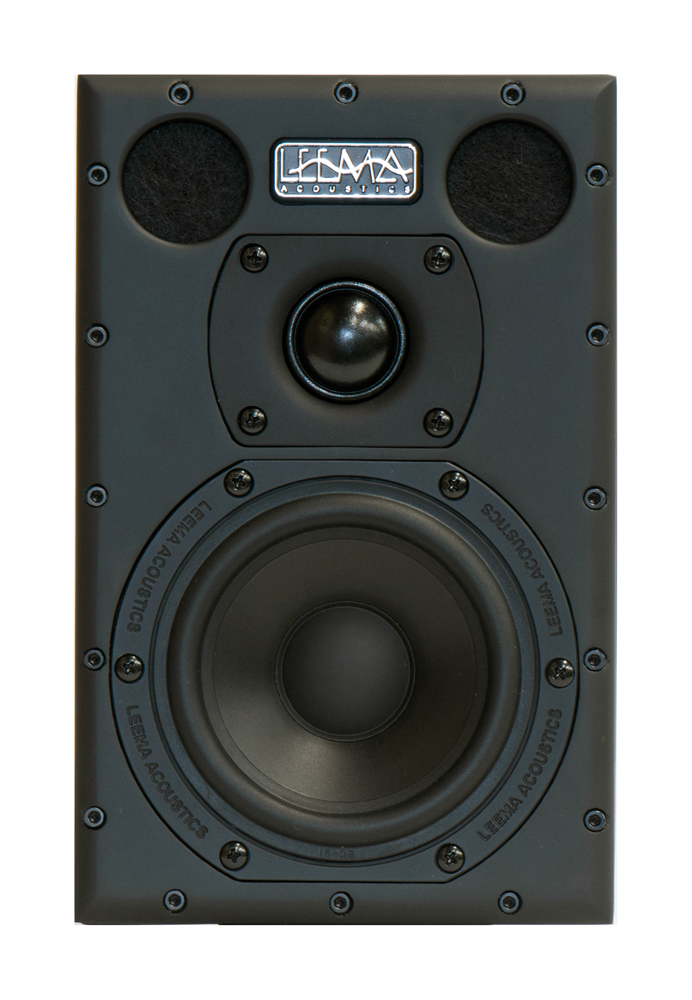 Leema Acoustics, a British hi-fi manufacturer founded and run by two ex-BBC sound engineers, has launched the Xen 2 loudspeaker; the original Xen having been the result of a research project to squeeze a BBC-graded monitor speaker into a 5L cabinet! The new Xen 2 is based on the previous model (deleted in 2008), but with a host of improvements for 2015.

With a volume of just five cubic liters and a front baffle that’s A5, the new Xen 2 is super-compact and easy to position in almost any home or studio environment. Despite its dimensions, the Xen 2 has a frequency response extending down to 57 Hz and all the way up to 25 kHz. It is also efficient at 85 dB, making it perfect for mainstream amplifiers with an output of between 60 W and 150 W.

Originally conceived 17 years ago as a cost-no-object nearfield monitor for use in recording studios and broadcast vehicles, Leema Acoustics’ Xen loudspeaker quickly found favor with music lovers outside of the professional environment. The original Xen was never designed for domestic use, but like its predecessor, the new Xen 2 retains the stunning imaging, bass performance and dynamics that made the original so popular with the public.

The Xen 2’s cabinet construction is uncompromising. It is made from folded and welded steel, 1.5-mm thick; in a speaker of this size, using the industry-standard 18mm-thick MDF/veneer solution would have simply added too much bulk. The steel is lined with a bitumastic layer, a technique also employed in the automotive industry, and the cavity is then stuffed with real sheep’s wool (German not Welsh!).

The back panel is steel with bitumen on the inside and the crossover board is attached to the terminals directly. The crossover uses Bennic parts and air core inductors where possible, to avoid saturation and compression in the crossover. The cabinet also benefits from a 12-mm-thick steel bar across the centre to prevent flex and the front panel is machined from an impressively rigid high-grade MDF to provide the drive units with the optimum operating environment. The baffle is then finished in either a luxurious wood veneer or a conventional black paint. 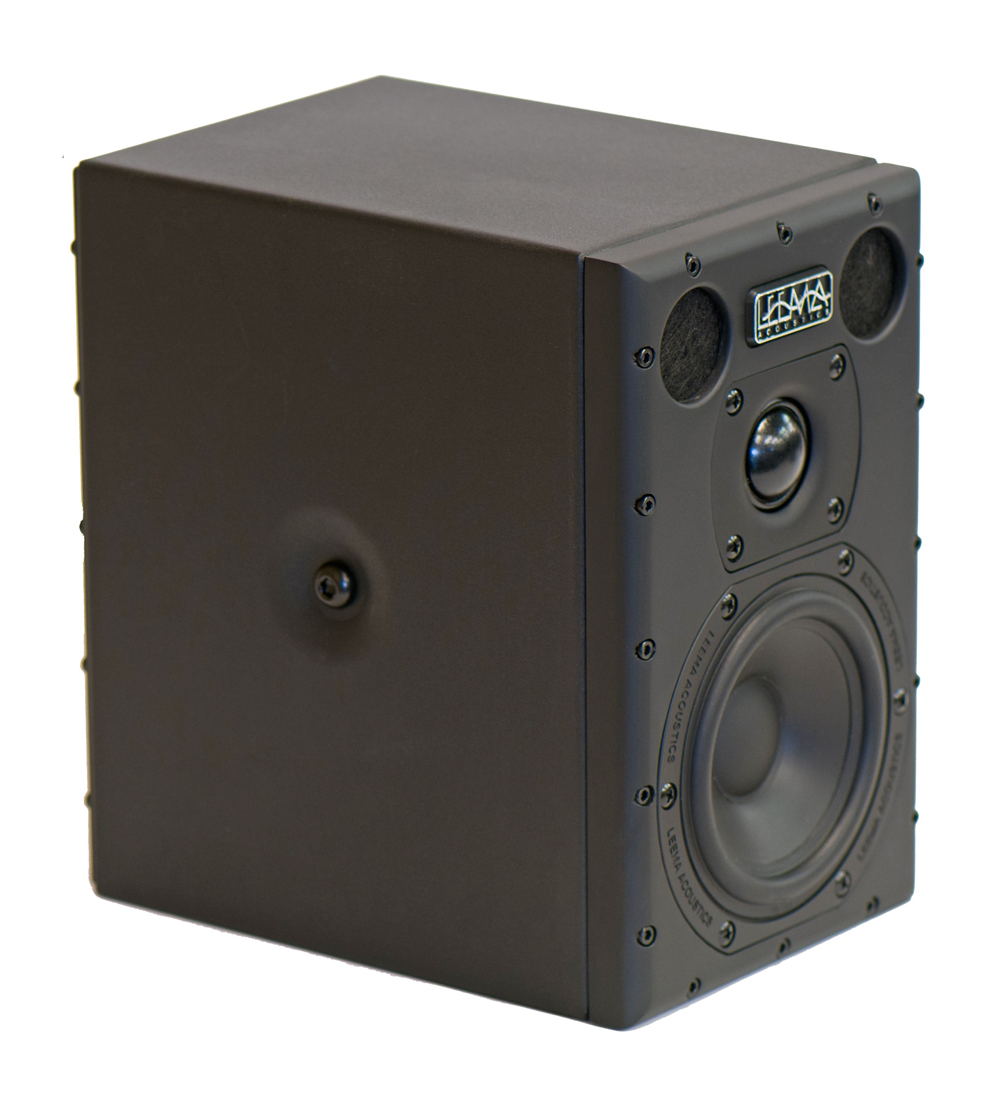 According to Leema Acoustics, the Xen 2 also benefits from two bass reflex ports, which extend into the cabinet then fold down behind the bass driver, with each measuring (a substantial) 260 mm. Twin ports are used to ensure that the speed of the air moving in the port is below 0.1x the speed of sound (Mach). This important design factor is often overlooked: the column of air in bass ports can generate too much friction at high Mach, which leads to unwanted port compression effects. In addition, the column of air reacts with the air in the room as if it were a solid, resulting in port-hammer. 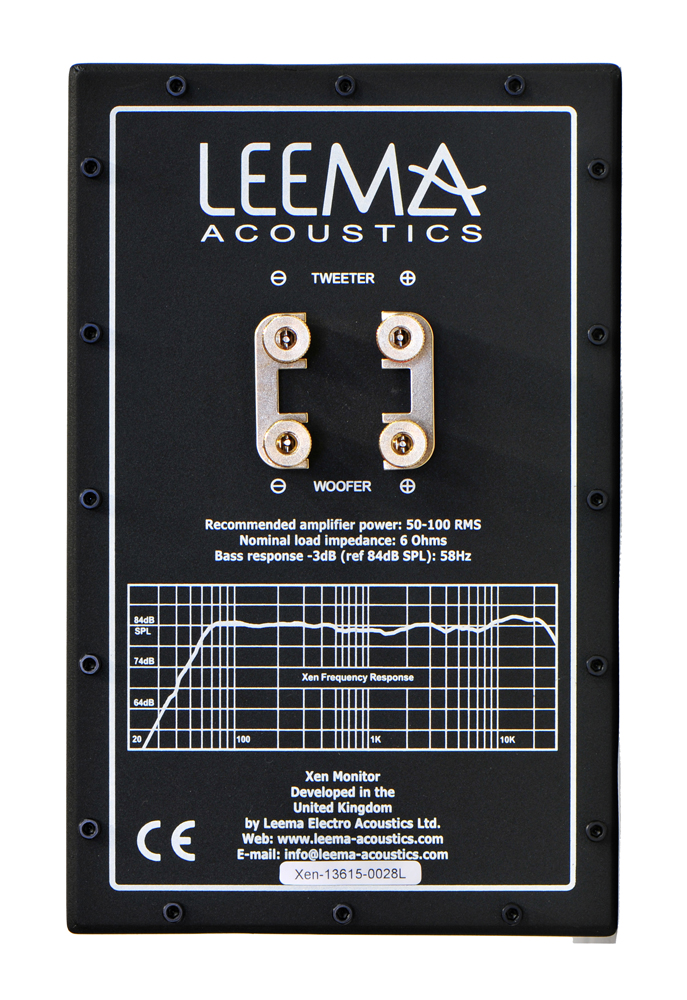 The Xen 2’s bass ports are placed close to the drive unit, so that the integration is as good as possible. The original Xen has SEAS drivers, but following their discontinuation, Leema Acoustics’ engineering team commissioned a drive unit to be built to its own specification. The bass/mid driver is a highly durable unit with exceptional cone excursion and the tweeter is a soft-dome unit with a neodymium magnet and Ferro-fluid-loaded coil, which helps damp resonance and aid cooling.
To combat the unwanted midrange peak inherent in many 4” (100 mm) drive units, the cabinet has been specially designed to ‘give a little’ at just the right frequency which helps minimize the effect.

Founders Lee Taylor and Mallory Nicholls (Leema), both of whom have a long history in pro and domestic audio, lead all of the company’s design work, with everything proudly hand-made in Wales using UK- and European-sourced components. In the early 1990s, Mallory Nicholls manufactured the world’s leading 5.1 monitoring electronics for recording studios and mastering houses under the Magtrax brand; whilst the BAFTA and Palme d’Or award-winning Lee Taylor, has countless years’ experience in recording and mixing for the film, television and music industries.

The Xen 2 is priced at £1,295 (UK) and is available now.
www.leema-acoustics.com
related items