Klipsch was one of the big brand names announcing a full range of wireless home theater speakers using the Wireless Speaker and Audio (WiSA) Association technology at the CES 2015. The new Klipsch WiSA enabled Reference Premiere wireless speakers allow intuitive out-of-box set-up and wireless transmission of up to 24 bit/96kHz.
At the 2015 International CES, Klipsch - a wholly-owned subsidiary of VOXX International Corporation - announced the debut of its Reference Premiere Wireless Home Theater speakers. As a founding member of the Wireless Speaker and Audio WiSA Association, the system represents the next step in high performance, consumer-friendly home theater, utilizing the WiSA compliance test specification. 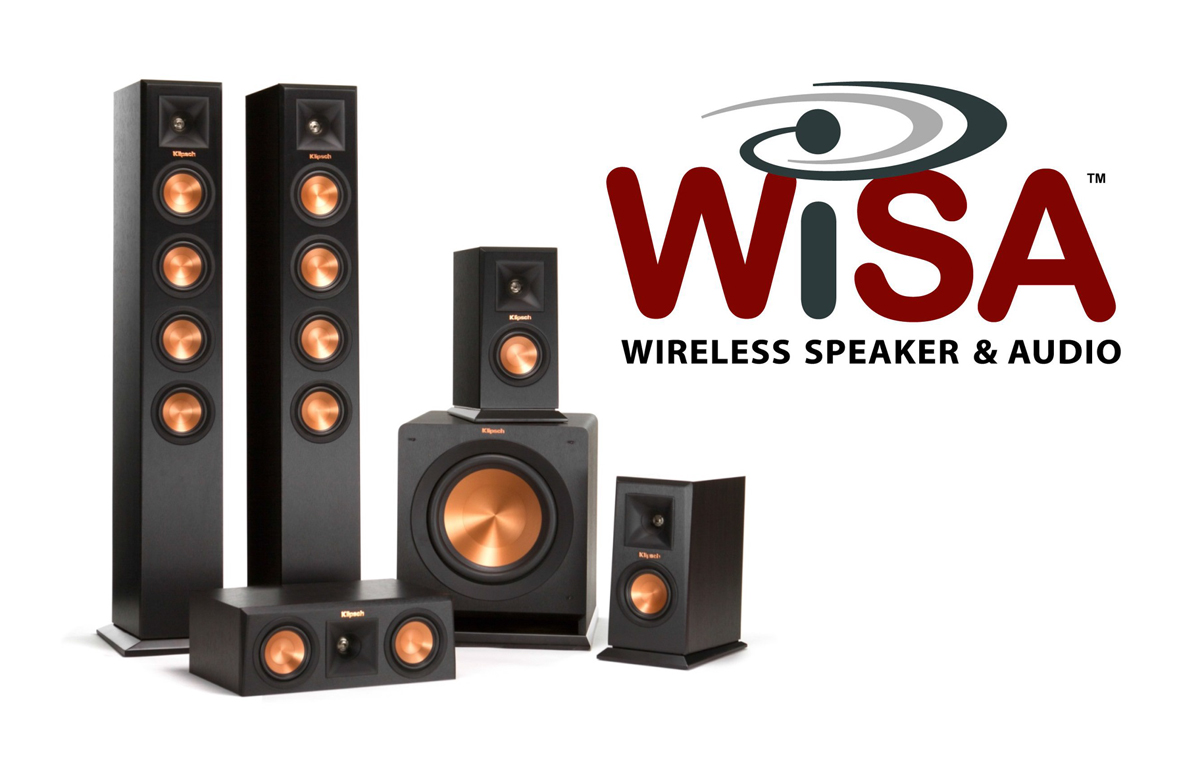 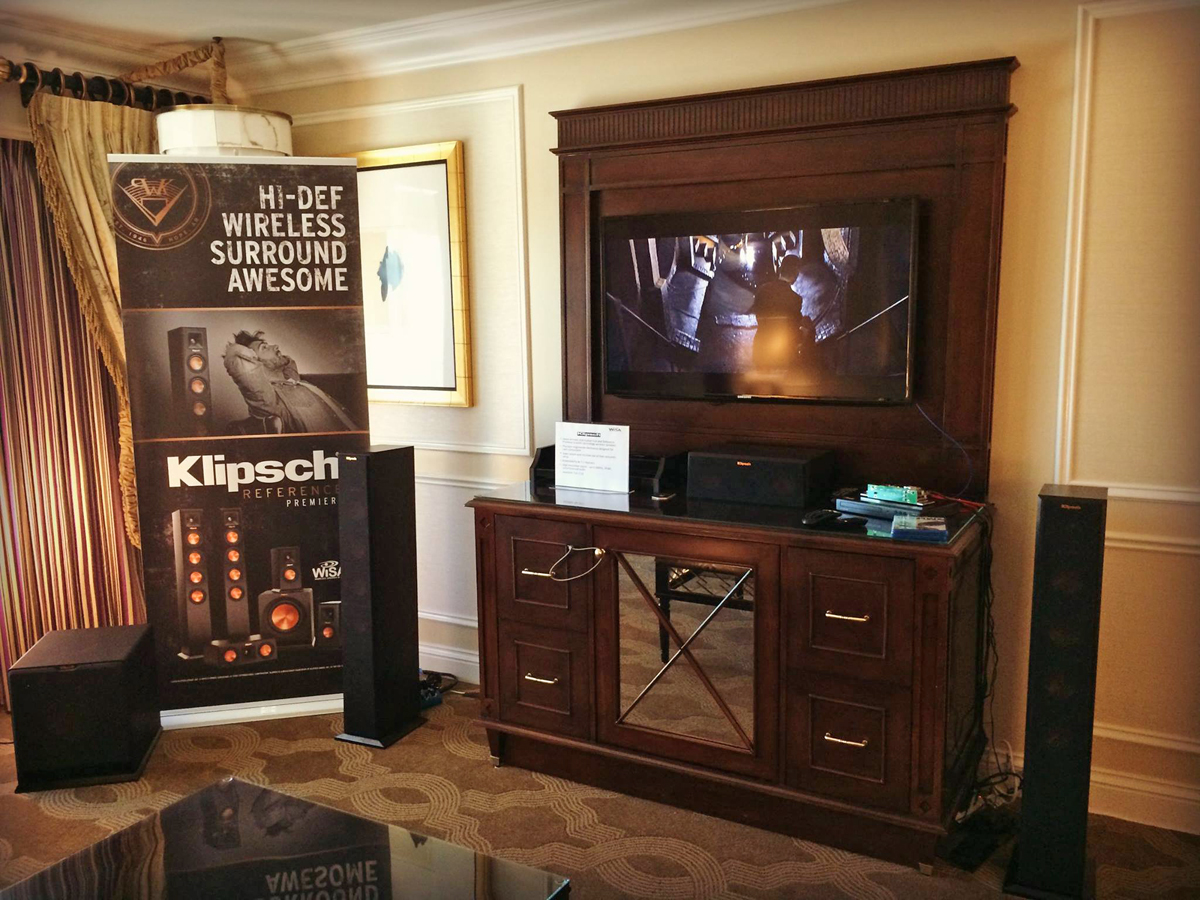 The “brain” of the wireless Klipsch system is the RP-HUB1 smart distribution hub that allows for simple connection to up to 4 HDMI equipped devices, digital optical, analog and Bluetooth wireless technology, including the high resolution aptX codec. The hub processes multi-channel inputs and distributes them wirelessly with transmission of up to 24 bit/96kHz. The system is also expandable over time, allowing configurations from 2.0 all the way to 7.2 channels.

Each individually-powered speaker enables Klipsch engineers to control the signal path all the way from the source to the speaker, representing the most efficient way to extract every ounce of performance out of each speaker. “Combining technology based on the WiSA standard with our legendary audio and system design expertise, we are able to bring a premium, high-performance, wireless home theater system to consumers who demand performance and appreciate simplicity,” said Tony Ostrom, VP Systems Product Development for Klipsch. “We have worked alongside the WiSA Association for several years to develop a truly high performance, premium, powered and multi- channel home theater system that delivers what you would expect from Klipsch while providing an intuitive and simplified setup process to the end user.” 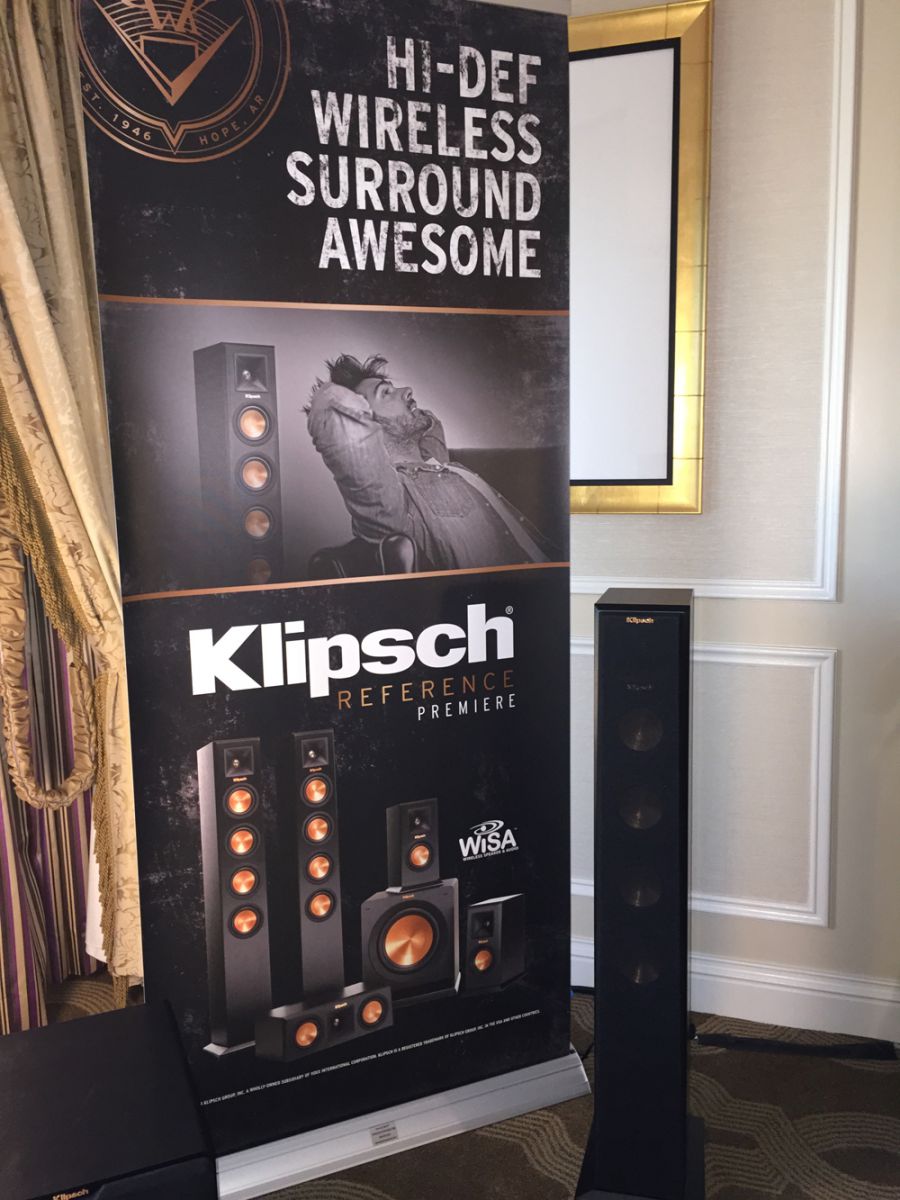 All Reference Premiere loudspeakers feature proprietary 90°x90° Hybrid Tractrix Horn technology coupled with Linear Travel Suspension (LTS) titanium tweeters to produce the most effective release of sound waves for clean, natural listening experiences. The LTS tweeters have been a hallmark in the previous Reference generations and ensure minimized distortion for enhanced, detailed performance. The Cerametallic woofers are exceptionally light while being extremely rigid – providing remarkable low frequency response, with minimal cone breakup and distortion, while the rear Tractrix horn port allows for the most efficient, fastest air transfer from the rear port.