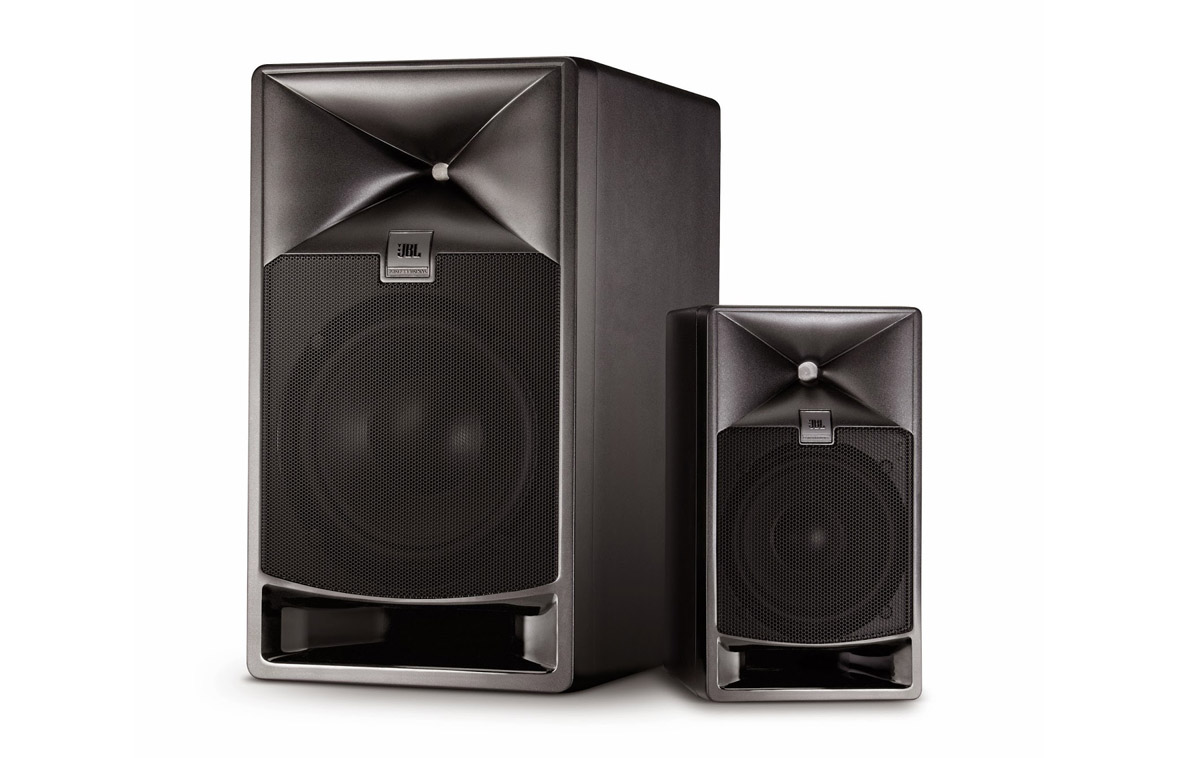 According to JBL, the new 7 Series monitors were designed to solve several challenges in multi-channel monitoring, from a hardware standpoint. “The presence of video displays may limit options for speaker placement, installing a power outlet at each speaker location is costly, and management of a multichannel monitoring system requires costly outboard equipment. Use of traditional powered studio monitors is problematic. The solution calls for a next-generation approach to monitoring hardware.”

During the AES 2014 Convention in Los Angeles, JBL Professional introduced the new 708i 8-inch two-way, and 705i 5-inch 2-way installed monitors which the company says have “remarkable frequency response and output that belie their small size. With exceptional tune-ability, the complete system provides greater room-to-room consistency and accuracy at the mix position.”

To reduce enclosure size and installation cost, the speakers are centrally powered by Harman’s Crown DCi 8|300N 8- and 4-channel power amplifiers. The 705i and 708i can be driven by a single amp channel or bi-amplified. For greater accuracy and room-to-room consistency, Harman’s BSS Soundweb London signal processor provides speaker tuning, room EQ, and bass management. The processor accepts 16 or more analog and AES/EBU inputs, and networks with the power amps via CAT5. The entire system can be externally controlled with Harman HiQnet Audio Architect software, a hardware controller, or wireless tablet.

Working in concert, the amps, processor and high-performance 5-inch, 8-inch and 15-inch speakers (including the M2), are a modular system that can be scaled to any size room and any number of channels.

“These models are the product of extensive R&D, and collaboration with post and broadcast customers,” said Peter Chaikin, Sr. Manager, JBL Professional Recording and Broadcast. “At AES, amazed responses to the performance of the 708i and 705i indicate we achieved our objective!”

The LSR705i and LSR708i Master Reference Monitors will be available in January 2015 as part of complete 5.1, 7.1 and immersive sound monitoring systems.
www.jblpro.com/7series
related items