IBC 2015 Tackles The Challenges Of Change For Television 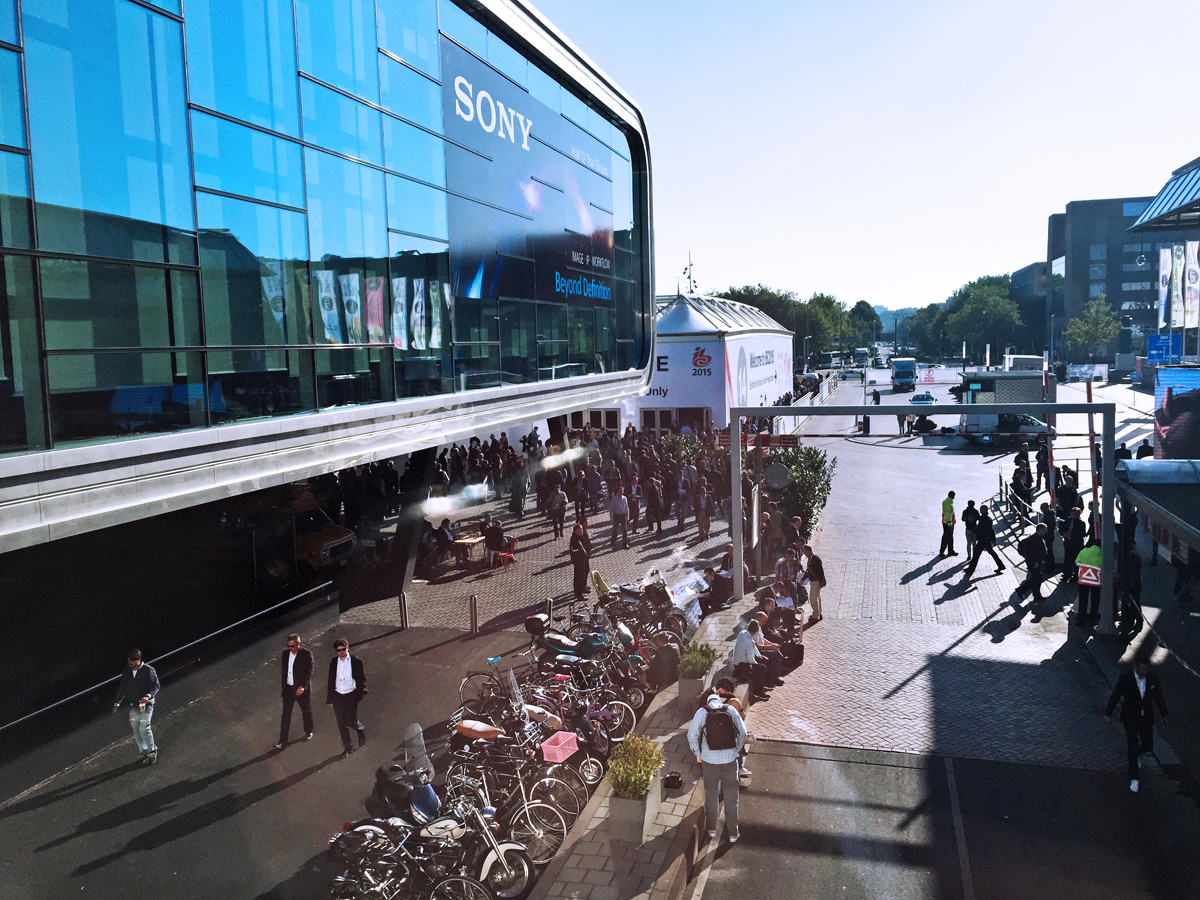 The IBC organization has good reasons to celebrate. IBC 2015 was another high-quality event and the improvements can be felt every year. Attendance was strong, the event environment was sharply improved by the expanded RAI Amsterdam facilities, the exhibition was expanded with more than 1,800 vendors; and innovations from a hackfest to a drone zone, all have been positive factors. 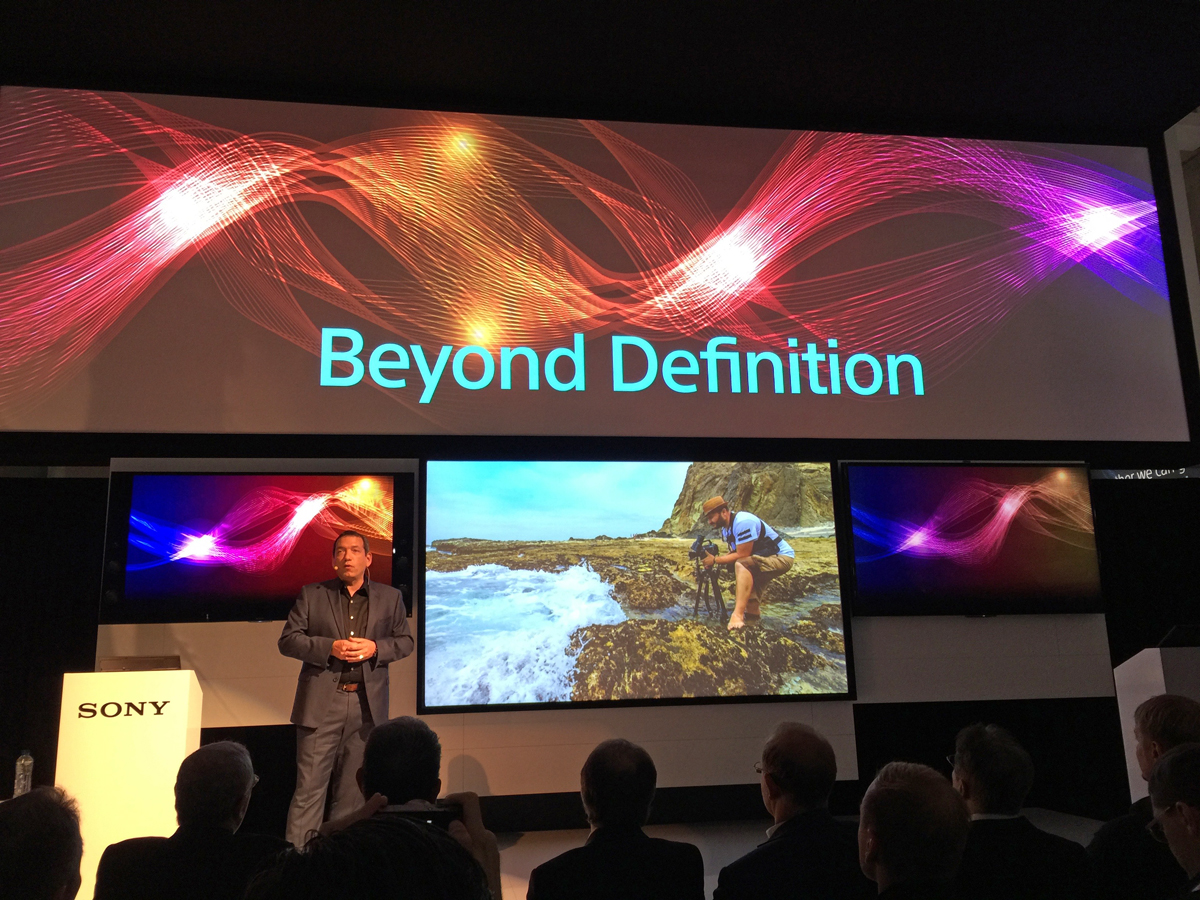 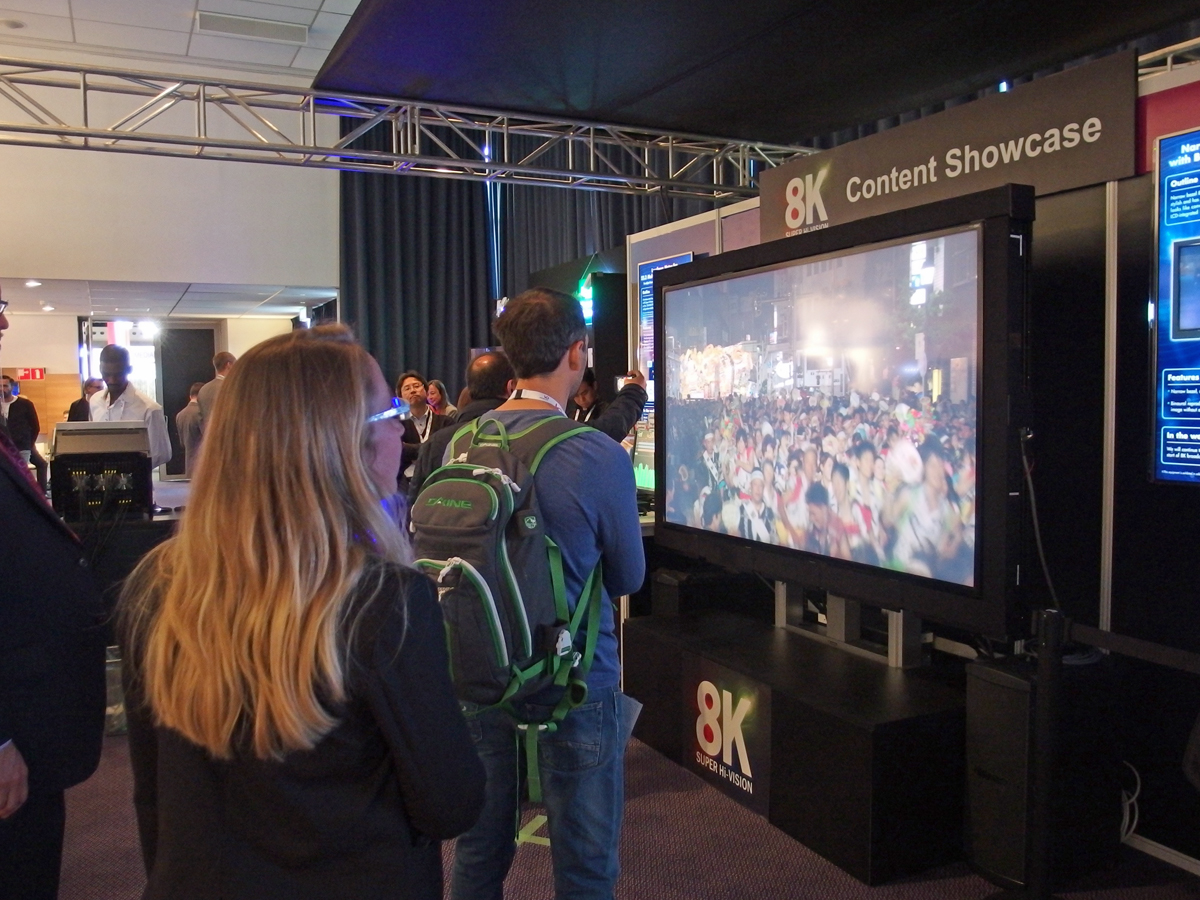 The Amsterdam event is always a look into the future of broadcast and media technology. At IBC this year the announcements certainly pointed to the near future in terms of technology, demonstrations and debates around 4K Ultra-High Definition (UHD) Television and 8K-UHD and how to transition content distribution at those extremely high quality levels in all the next-generation platforms, from terrestrial broadcast to cable/IPTV, Over-The-Top (OTT) distribution and Internet streaming.

Radio unfortunately was almost absent from the debate and, even though all the major immersive audio players attended, we did feel that audio in general was overshadowed by all impact of 4K, high-dynamic range and high-frame rate images! Dolby, DTS and Fraunhofer/The MPEG-H Audio Alliance all promoted excellent technology demonstrations. We’ve learned about Dolby’s AC-4 new audio framework, while DTS did practical demonstrations of its DTS:X technology. 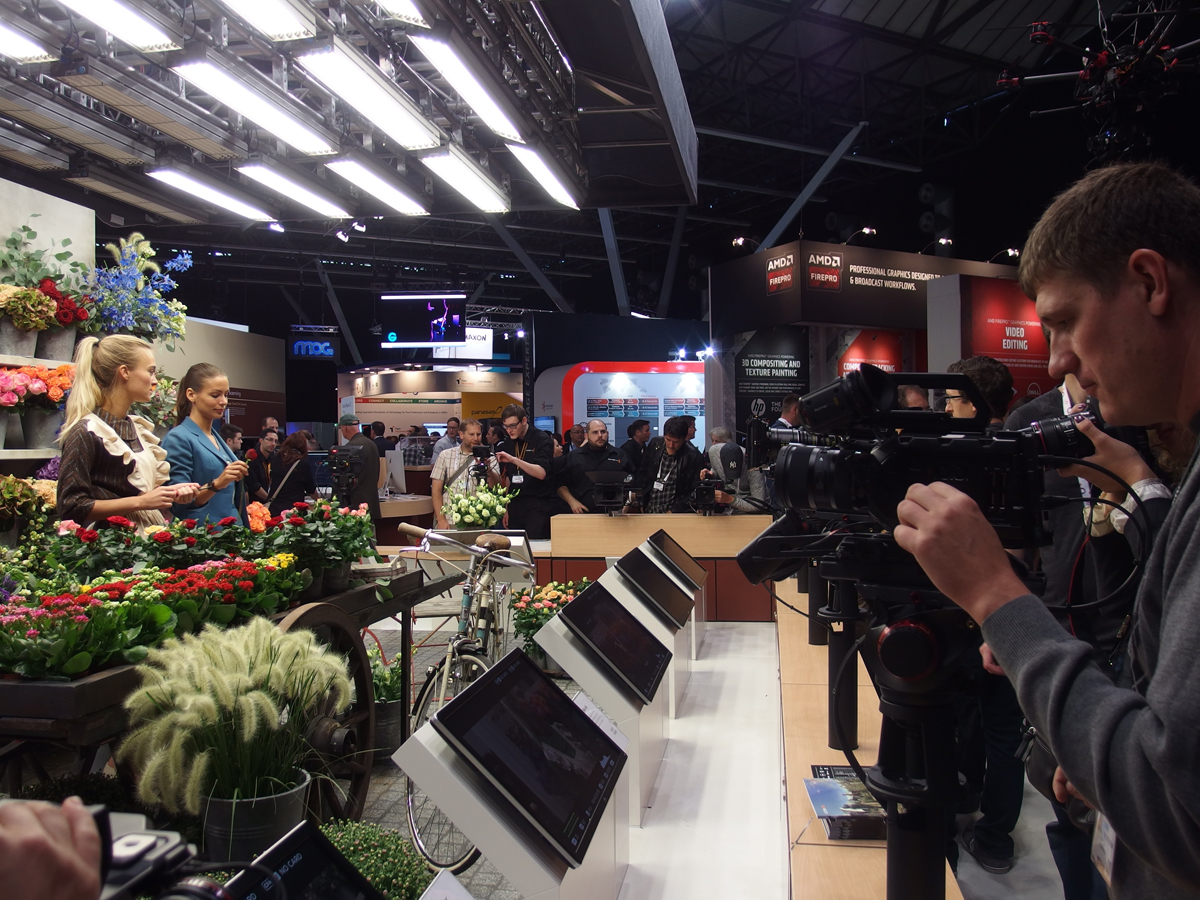 All the international industry consortiums and standards organizations were represented at IBC 2015, from SMPTE to the EBU (European Broadcasting Union), DVB consortium in Europe to representatives of the ATSC north-american standard, currently undergoing testing of the candidate technologies for the new ATSC 3.0 television standard. All those entities agree that 4K UHD television is the next evolutionary step for the whole industry and, even though there might be some years until the broadcasters will complete the transition from the current HDTV standards, there are already significant steps towards UHD technology adoption in cable and satellite and certainly in Internet streaming (Netflix being the leading example). At IBC 2015, announcements regarding experimental 4K channels and content distribution from the major CDN providers (Amazon, Akamai, etc) were everywhere.

Among the organizations promoting the technology - and most importantly, the content - the UHD Alliance, representing a growing number of companies is currently promoting unified, premium quality standards to govern the next generation ecosystem - from CE to content and content distribution, and ultimately, to consumers. The intention is to provide a new and differentiated next generation entertainment experience - through advances in resolution, contrast, color and audio.
The UHD Alliance is now promoting a logo program on certified products. Logos and naming are currently under consumer testing and will be finalized in the coming months. Licensing of the specification, name and logo expected to begin early 2016 (CES 2016).

The UHD Alliance current focus is on the launching of new Ultra-HD Blu-ray format but from what we could see at IFA this year, there will not be as many players in the market as expected (only Panasonic, Samsung and LG have made announcements). From the content side, the studios are ready but apparently there is still some discussion regarding the features to be supported and only double-layer 66GB discs will be available for the moment, since the industry is still struggling with manufacturing the required 100GB triple-layer discs. 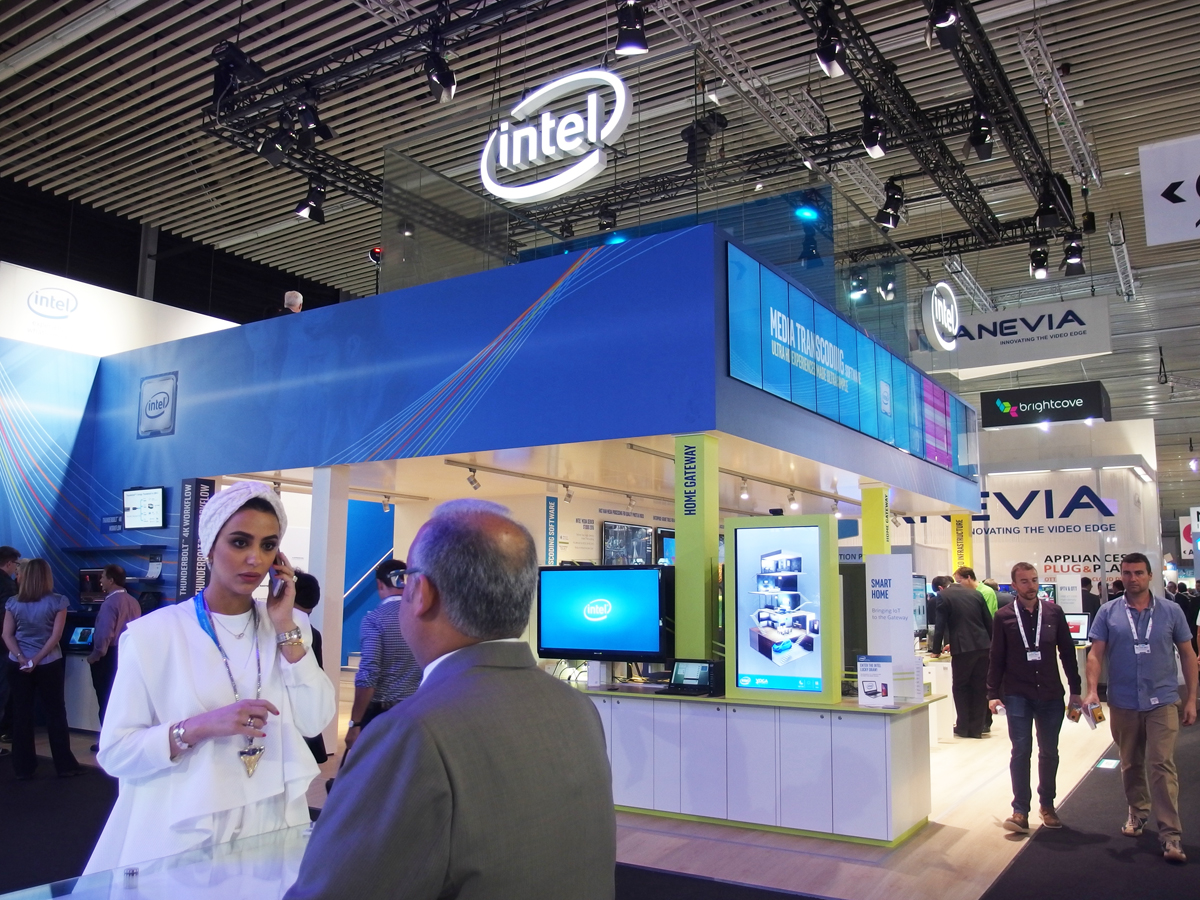 Questions with HDMI 2.0 implementation (or other upcoming interfaces) and licensing of HEVC/H.265 compression (a new consortium HEVC Advance has questioned the licensing model previously available from MPEG-LA) is also forcing manufacturers to review their plans for CES 2016. There are several new compression technologies as candidates for 4K-UHD content distribution but no one was actually expecting to be forced to look at HEVC alternatives, at least from the UHD-Alliance side.

On the other hand, distribution of 4K content on-demand and streaming will probably be powered by those new compression technologies. At IBC 2015 there were impressive demonstrations from companies such as V-Nova with its PERSEUS video compression technology (www.v-nova.com) and IntoPix with TICO lossless (4:1) compression (www.intopix.com). Also, Scenarist, the California developer of Hollywood-standard professional Blu-ray Disc authoring systems, announced it has completed a commercial agreement with French company ATEME to bundle its TITAN File multi-codec/format transcoding system with its authoring solution for Ultra HD Blu-ray title creation (www.ateme.com | www.scenarist.com). 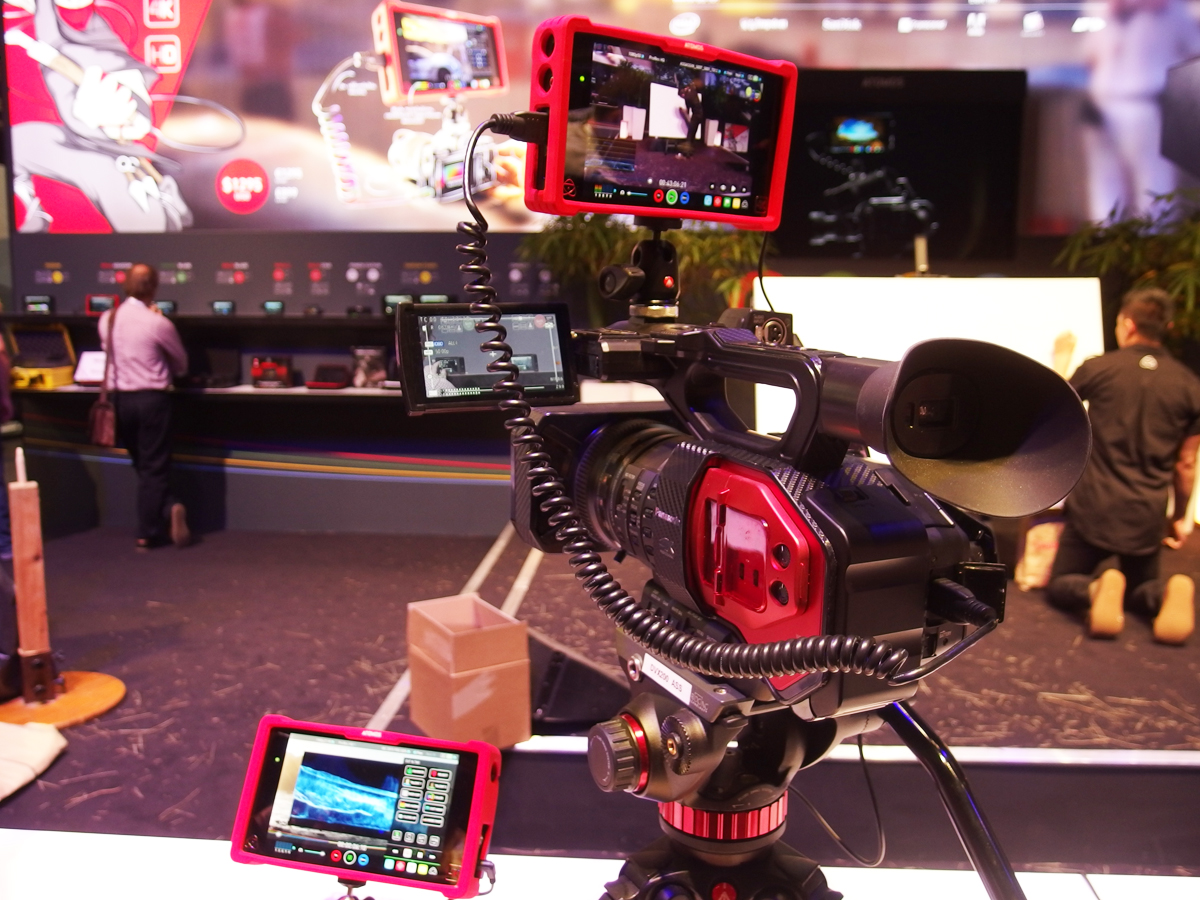 At the Amsterdam show it was also obvious that the debate around 4K will not be restricted to Ultra-HD Blu-ray or the distribution of pre-produced content. Broadcasters are discussing the potential also for realtime programming - which increasingly is accepted to be the most important revenue stream for traditional (linear) TV services and is also becoming attractive for premium streaming services. Sports, News, reality-shows, all sorts of live entertainment will transition to high-quality 4K images. Still, the discussion remains about sound and not even the UHD Alliance is certain of what will be featured in its soon to be published specifications.

The event
The total number of visitors, 55,128, to IBC2015 exceeded the record-breaking attendance in 2014. At the centre of the debate about the future of electronic media is the general consensus that the industry is going through an age of disruption. Speaking in the opening conference session, Fran Unsworth, the Director of BBC World Service, asserted “The future is digital and we need to expand it – but not at the expense of television and radio.” 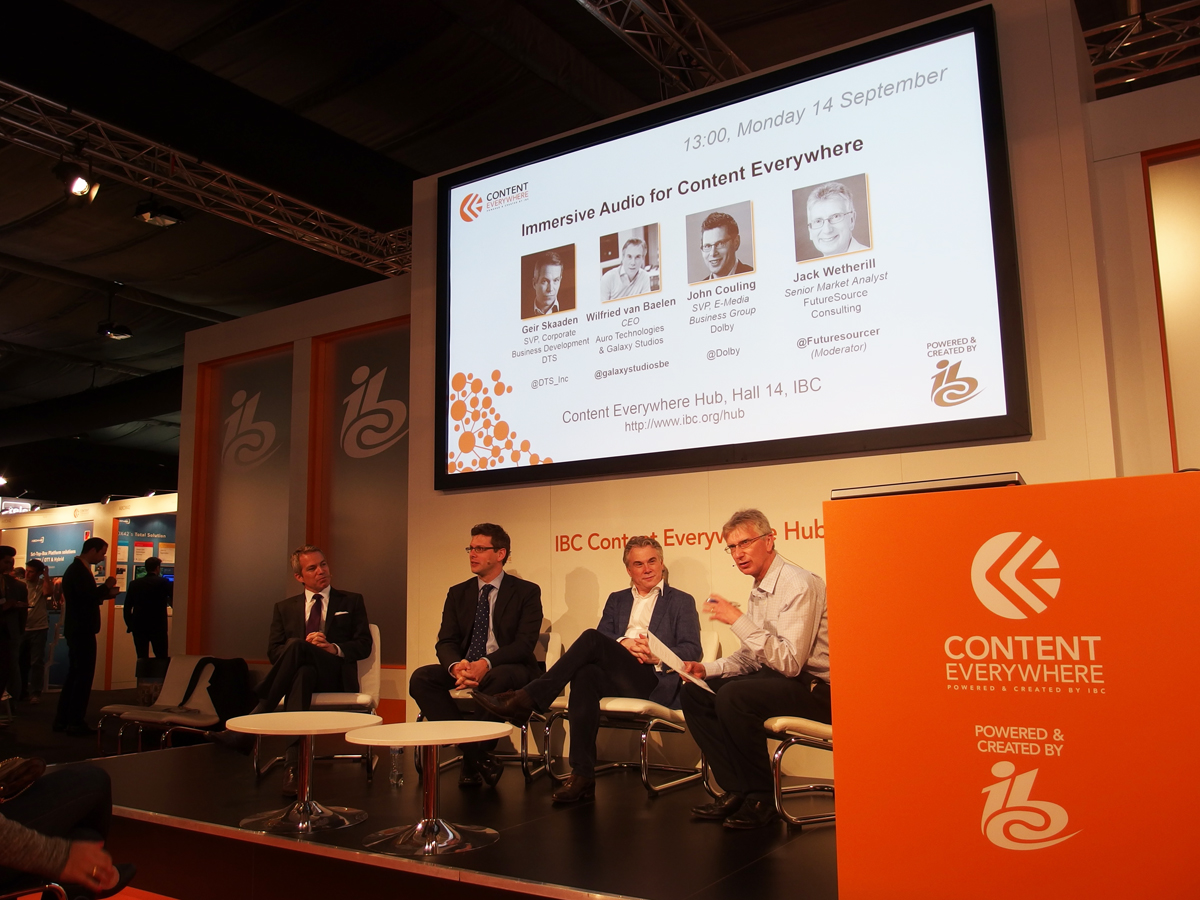 “The media industry today is radically different from where we were even five years ago,” said Michael Crimp, CEO of IBC. “We have gone from an industry that was defined by technology to one where we demand new functionality from our vendors; from an industry where broadcasters told us what we were going to watch to one where consumers call for content wherever and whenever they want.

“All that inevitably brings seismic shifts on every level,” he said. “IBC provides the independent forum for the conversation. We have worked hard to bring everyone together: the telcos, the social media and the innovators; and everyone from the CEOs who attend our Leaders’ Summit to the engineers and creative artists who walk the show floor and learn in the conference. Only IBC provides this comprehensive platform – this is where the real debates take place.”

Taking place for the fifth year, the IBC Leaders’ Summit was a behind-closed-doors day for senior executives from media companies around the world to talk strategically about the real issues facing them. This year close to 150 invited delegates debated the theme “leading through a changing media ecosystem”. 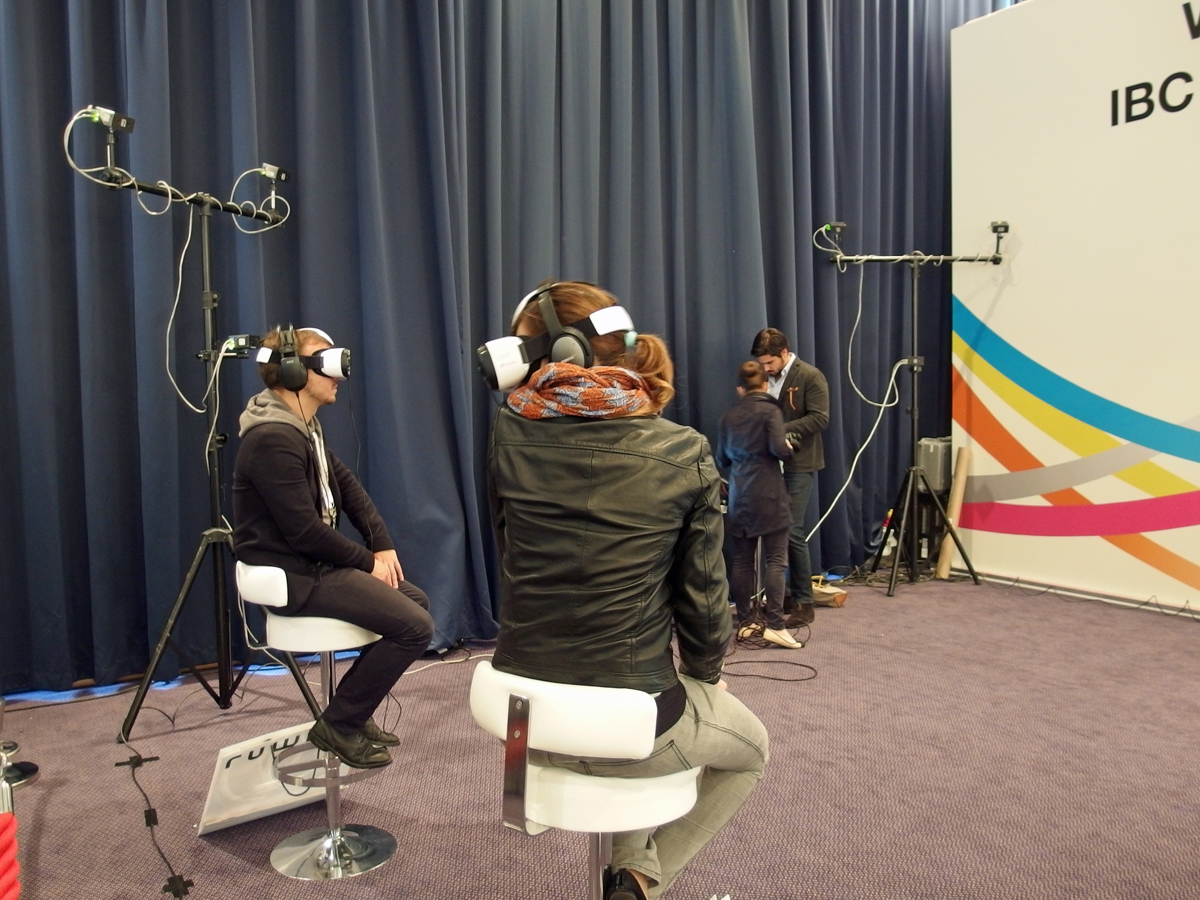 At the other end of the career path, IBC hosted its Rising Stars, another well-established program. This brings together over 200 young professionals entering the industry, in a program of specially tailored conference sessions, networking opportunities with senior figures, and a legendary party.

On the show floor, the added value of debates and demonstrations in dedicated theaters was expanded, with a new Technology in Action Theatre alongside the IBC Content Everywhere Hub. The IBC Big Screen Experience hosted demonstrations, conference sessions and two movie screenings. Packed audiences enjoyed ‘Fantastic Four’ and ‘Inside Out’ using the high brightness Christie 6p laser projector. ‘Inside Out’ was seen in a specially-created version for IBC which emphasized the full capabilities of an extended color gamut.

The Big Screen was also host to the IBC2015 Awards Ceremony. This year’s International Honor for Excellence went to embedded processor pioneer ARM, with the Judges’ Prize going to the International Olympic Committee for its work on preserving its archive, going back more than 100 years. 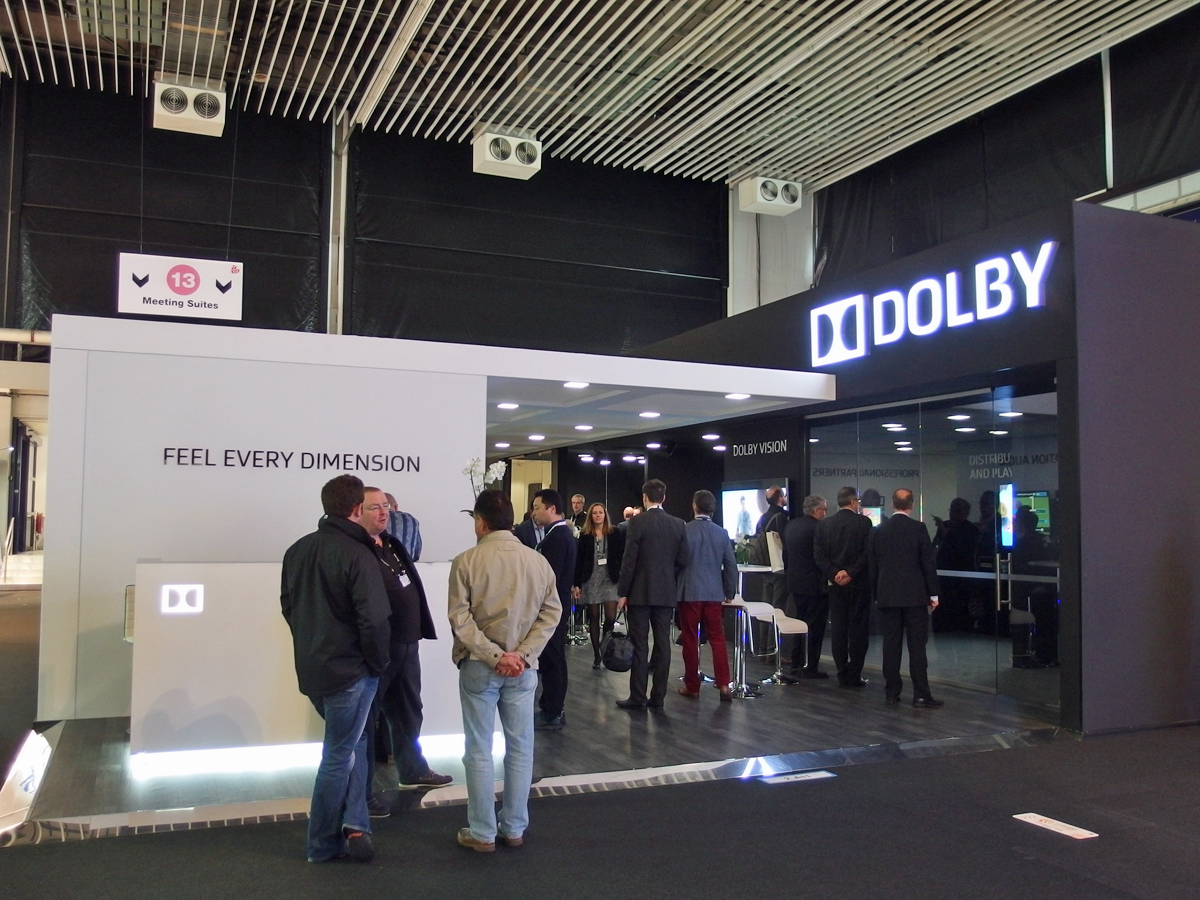 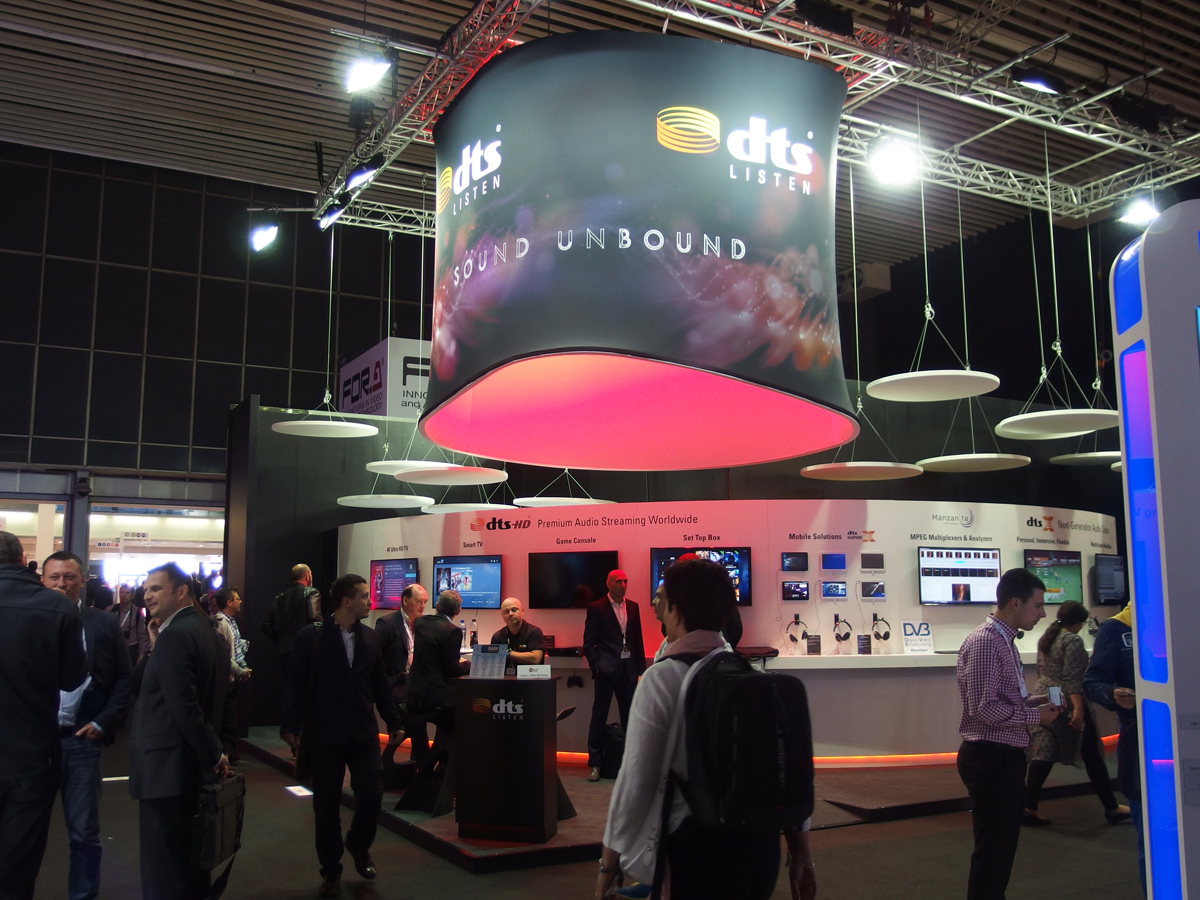 IBC is committed to extending the Future Zone, the part of the exhibition traditionally given over to the latest work from academia and research labs. This year it saw a very popular virtual reality area where visitors could try the latest in headsets. Also featured was the latest in display technology.

Covering all this and more was IBC TV, now a rolling 24 hour news streaming service. The mix of interviews, features and coverage of keynotes and other important conference sessions is available for the coming year on computers and mobiles, via www.ibc.org/vod.