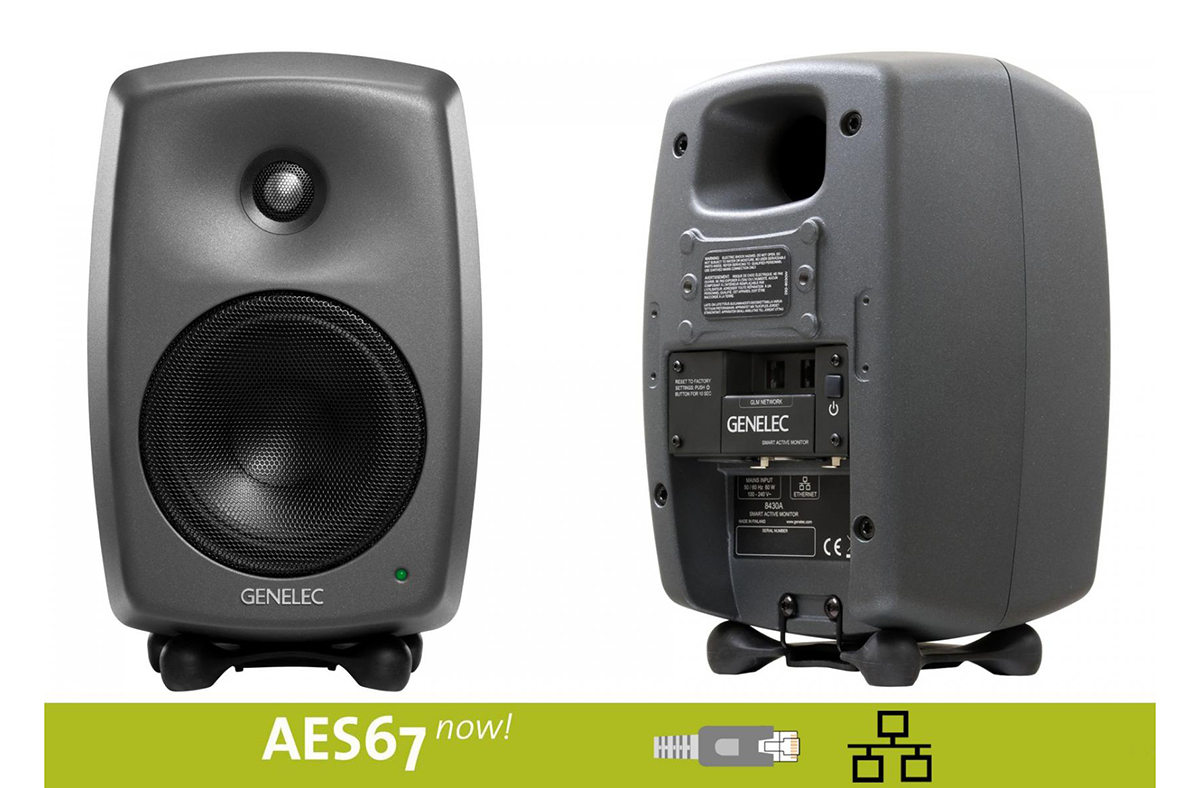 Six years ago at ISE 2010, Genelec demonstrated its first audio-over-IP showcase system. The showcase was recognized as among the best new innovations presented at the show. Since then, extensive research and development has been made and also much has happened in establishing more mature standards for audio-over-IP (AoIP).

The company revealed its ambitions in this domain when it was one of the first manufacturers to support the RAVENNA audio-over-IP initiative at the International Broadcasting Convention (IBC) in 2010, in Amsterdam, together with Lawo, DirectOut, and several other companies. Since then, Genelec invested continuously in the IP speaker concept, following the industry consortium’s standard efforts, and investing internally in its own R&D.

For several years now, Genelec and Jutel, another Finish company specialized in automation software and distribution of audio over IP, have cooperated in installation projects combining the company’s first active speakers with and Jutel’s HIPman, a hierarchical IP audio distribution management solution. The Genelec/Jutel collaboration led to the first complete experimental system in real-world use, implemented at the Nallikari restaurant in Oulu, Finland, using then Genelec’s yet non-commercial IP loudspeakers (4420A).

The proof-of-concept led to the presentation of the “Internet of Sound” concept during ISE 2010, where Genelec also confirmed its intention of incorporating AoIP capabilities in the company’s range of Smart Active Monitors in the future. As Genelec explained, “using LAN networks to replace dedicated audio cabling can deliver significant cost savings and make audio system setup flexible and fast as complex multi-room audio systems can be configured with ease, often as ‘plug-and-play’. On-going maintenance and remote monitoring are also simplified, as device health, power status and settings can all be controlled via the LAN network”.

In 2015, the European Broadcasting Union (EBU) and Belgian public broadcasting company VRT unveiled their LiveIP Project, a multi-vendor system integration to showcase IP-based live broadcast production. The collaboration enable the first implementation of a complete live TV production studio at VRT’s premises in Brussels, using state-of-the-art IT-centric hardware and software. Genelec was deeply involved in this “all-IP” concept, combining all available open standards, such as SMPTE 2022/6 on the video side, AES67 for audio, and PTP – to transport broadcast feeds via an SDN. The project demonstrated a high level of interoperability between multiple vendors, enabling seamless switching and limited redundancy of uncompressed video and audio feeds as they’re transported over an IP network. 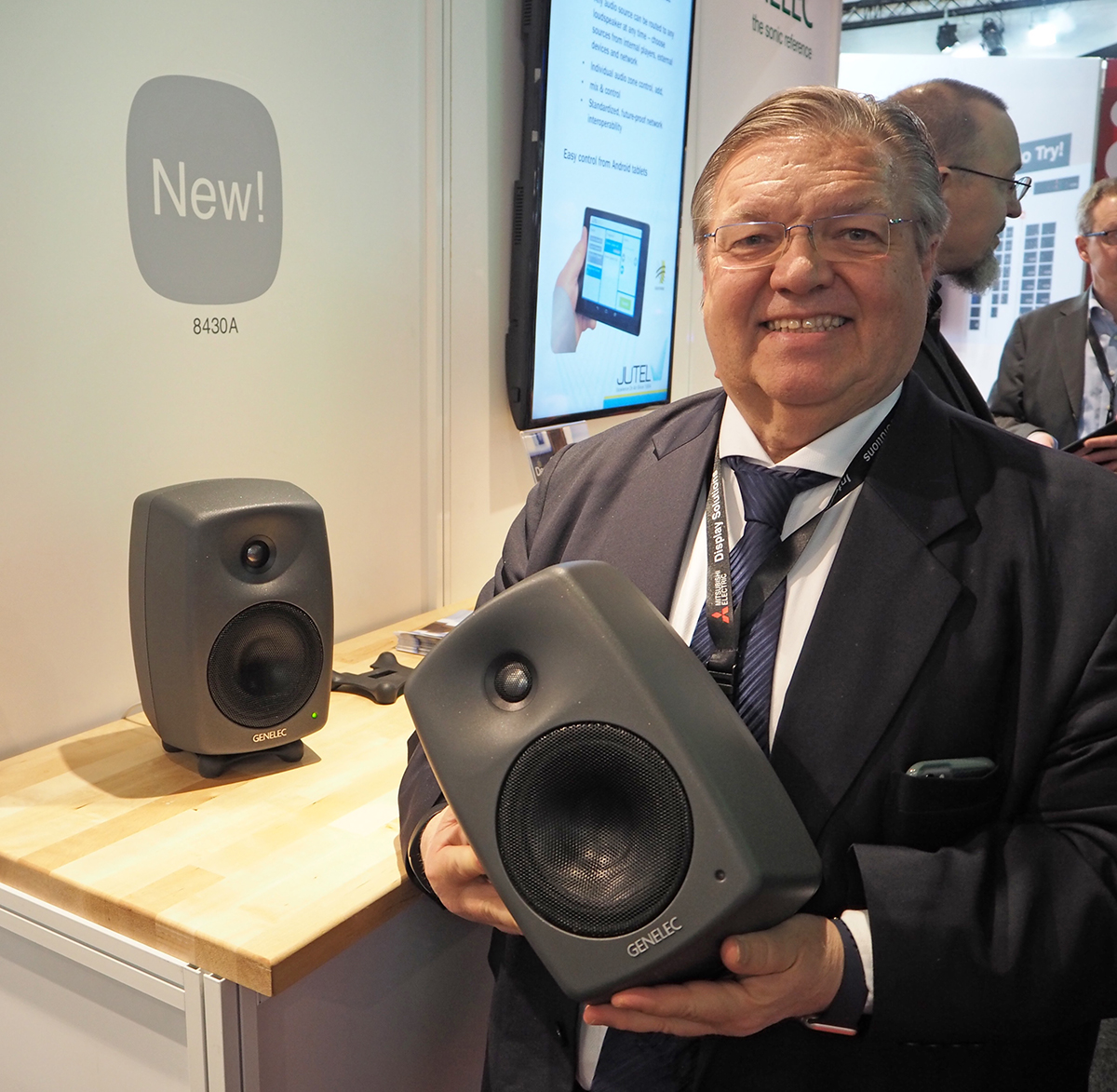 As Genelec explains, “this work has been actively pursued in several forums, but in particular the AES67 standard on audio-over-IP interoperability, published in 2015, is now fast gaining acceptance and is rapidly establishing audio-over-IP in the mainstream.” The recent interoperability demonstrations and plug-feats, promoted by the Media Networking Alliance (MNA) – the professional AV industry alliance, charged with promoting awareness and adoption of AES67 - saw Genelec participating with the only existing “network-connected” speaker.

As such, the new Genelec 8430 monitor is the culmination of many years of intense research and development into AoIP by Genelec, and the company believes that the time is now right to launch this advanced solution: “At Genelec we believe that audio-over-IP networking, using systems fully compatible with open and global standards, is the right, reliable and robust way to address the future needs of the audio market. By launching 8430 we are a significant step closer to this reality” says Siamäk Naghian, Managing Director of Genelec.

“With the technological progress that has been made in the field and the serious involvements with AoIP by broadcasters and other customers, we feel there is potential for a well-engineered monitor to provide both convenience and high performance benefits that IP networks can deliver. We think that the 8430 is exactly that monitor and I anticipate an enthusiastic reception of the product amongst the audio community. Audio over IP is no longer the future of monitoring, it is here now,” he adds. 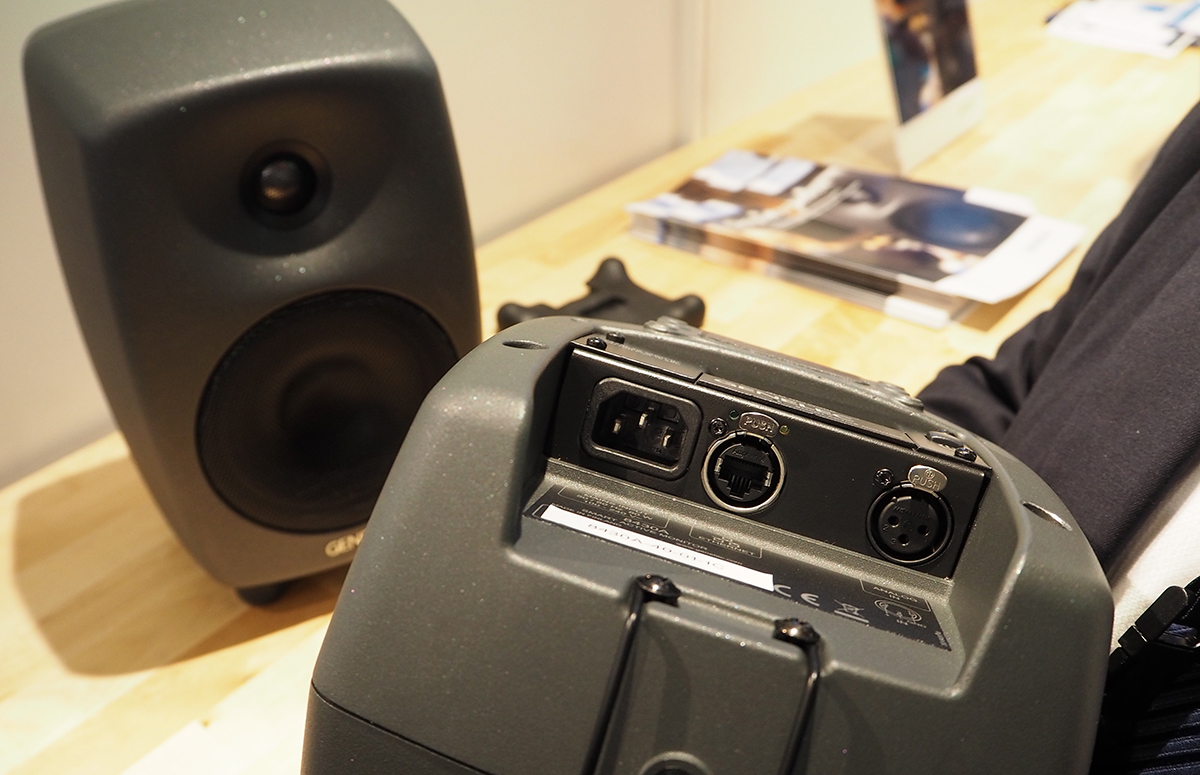 Also, as member of the SAM Series, the 8430 uses the highly intuitive Genelec Loudspeaker Manager (GLM 2.0) control network and software which allows adjustments of all aspects of monitor settings and full system control. As a central part of GLM, Genelec AutoCal automatically ensures every monitor on the network is aligned for level, timing, as well as compensation of room response anomalies.