The Legend, Patriot, and Redcoat musical instrument loudspeakers from Eminence received a new look, while the tone characteristics remains unchanged. All speakers in the popular series will feature black electrocoat painted chassis and redesigned backplate labels, refining their classic appearance.
For nearly two decades, the Legend, Patriot, and Redcoat series of guitar and bass speakers from Eminence have become some of the most recognizable and respected musical instrument loudspeakers on the market. And while the great tones will remain unchanged, Eminence has unveiled a new look to these popular designs.

Since their introduction over a decade ago, the Patriot and Redcoat models have featured grey and red powder coat painted chassis, as well as backplate labels with the American and British flag themes. Very distinguishable from both an appearance and a tonal perspective, these highly successful models followed in the footsteps of the Legend series and helped solidify Eminence’s position in the guitar and bass speaker market. 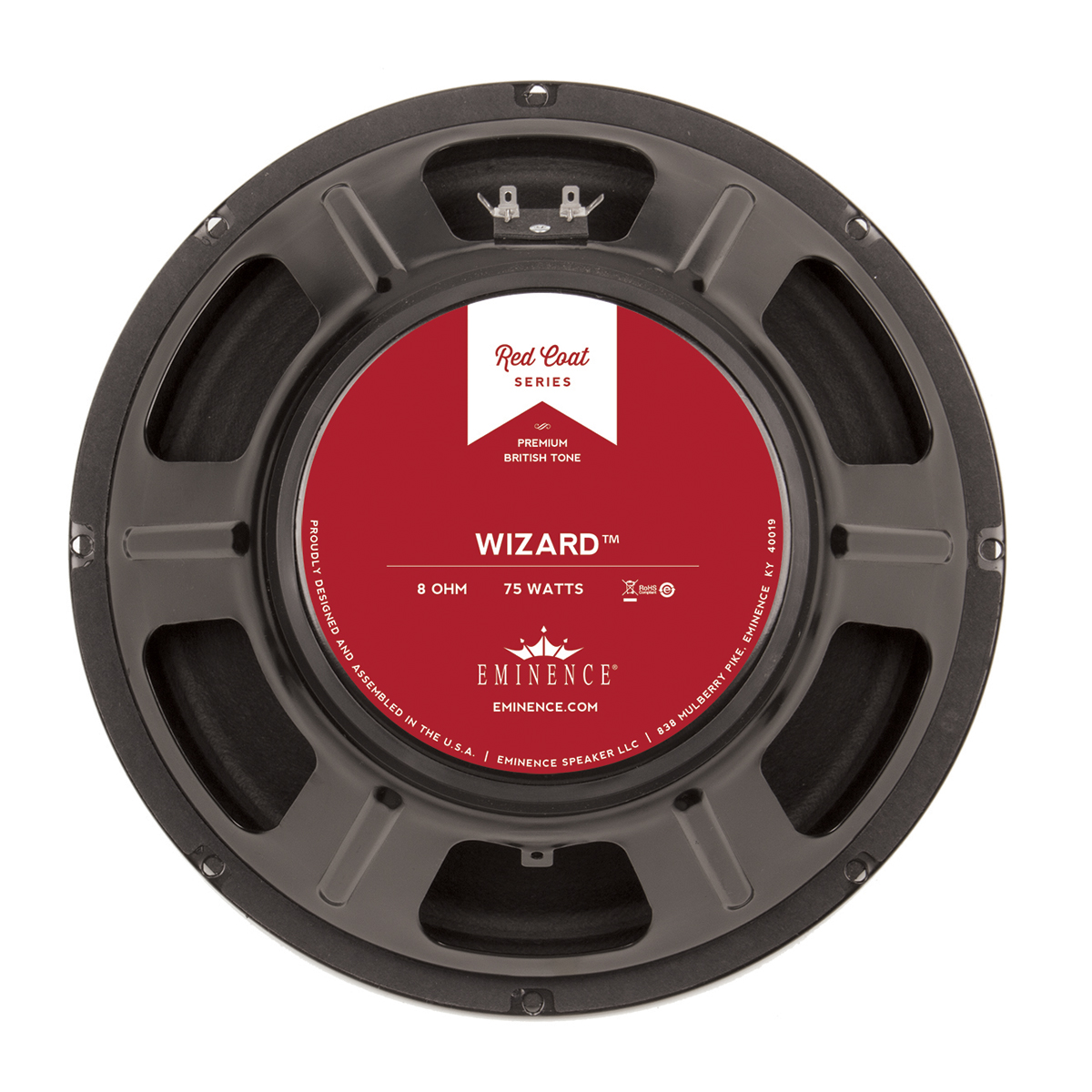 The models in these two series will now feature black electrocoat painted chassis, and along with the Legend series will feature redesigned backplate labels. “To the end user, it’s tone and price that matter most,” said Cobi Stein, Marketing and Artist Relations Manager at Eminence. “But to an OEM amplifier and/or cabinet builder, product cosmetics can rank just as high. The loudspeaker is one of the largest and most important components in their finished product, and our goal with these design updates is to offer a more refined style with a classic appearance that underscores each product’s classic tone.”