The Mobile World Congress in Barcelona is typically when all the Asian companies spend a big chunk of their marketing budget to introduce their latest mobile gadgets - and no idea is too crazy when it comes to setting the stage for differentiation. This year, Lenovo announced its A7000 smartphone and TAB 2 A8 and A10-70 tablets with Dolby Atmos sound!
While we are all waiting for the latest ideas to introduce viable Dolby Atmos reproduction at home, it seams the mobile phone companies are a step ahead… Dolby Laboratories confirmed that Lenovo intends to launch three new mobile devices with Dolby Atmos sound. The announcement, made at the Mobile World Congress 2015 – where, typically, 90% of the headlines are forgotten the week after – states that the Lenovo A7000 smartphone and two tablets, the Lenovo TAB 2 A8 and the Lenovo TAB 2 A10-70, will be able to introduce immersive audio experiences. 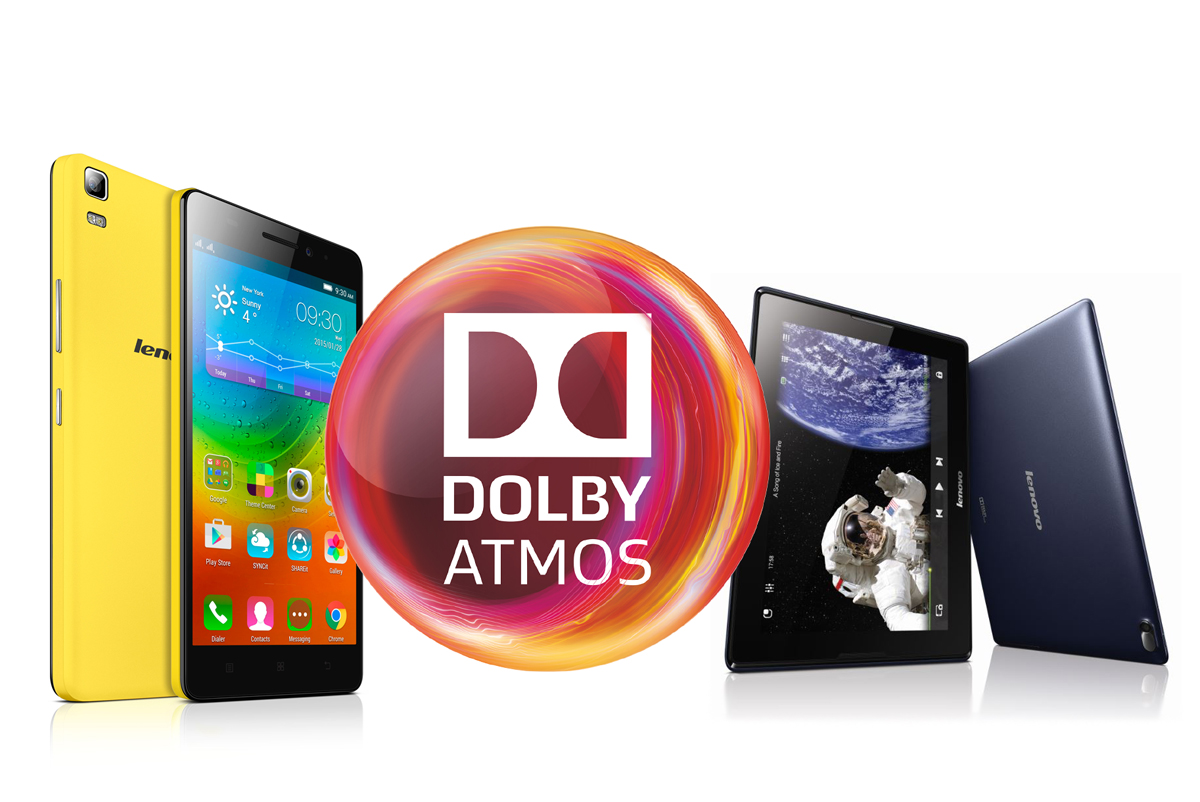 Although Dolby Atmos creates a whole new experience with audio that flows above and around the user, we should not expect the Lenovo gadgets to be equipped with up-firing drivers aiming towards the ceiling. Instead, as Dolby confirms, the immersive experience will be transmitted through headphones. So, effectively, this makes the Lenovo A7000 the world’s first smartphone with Dolby Atmos, while the two new Lenovo Android tablets will also be the first in the world to feature Dolby Atmos.

“Dolby Atmos provides audiences with a powerful mobile headphone experience with moving audio that flows all around you,” Dolby explains on the announcement. “Dolby and Lenovo have collaborated on a number of projects over the past years, always with the shared goal of delivering the best-possible mobile entertainment experience to consumers worldwide,” confirms Jeff Meredith, Vice President and General Manager, Tablets, Mobile Business Group, Lenovo. “We are delighted to bring the experience to a whole new level with Dolby Atmos, the most significant audio advancement in the entertainment industry in recent years.”

So, Dolby Atmos on headphones? As Lenovo describes, “With the new Lenovo smartphone and tablets with Dolby Atmos, users can expect to hear rich and powerful sounds coming from all directions, including overhead. When the listener puts on headphones, the action comes alive as an arrow shoots overhead, a heavy rainstorm pours down from above, and a race car screeches around the corner, all with incredible realism, making listeners feel like they’re inside the action.”
Unfortunately, they don’t explain from which direction your wife voice will show-up when she calls you.

The Lenovo A7000 smartphone and the Lenovo TAB 2 A8 and A10-70 tablets are expected to be available in June and April 2015, respectively. So, it seams we will have to wait until then to know if we should cancel the order for those new Dolby Atmos speakers for the living room, and simply use headphones and see the latest movies on a smartphone screen.
www.lenovo.com
dolby.com/Atmos
related items