Dante at the 137th International AES Convention in Los Angeles 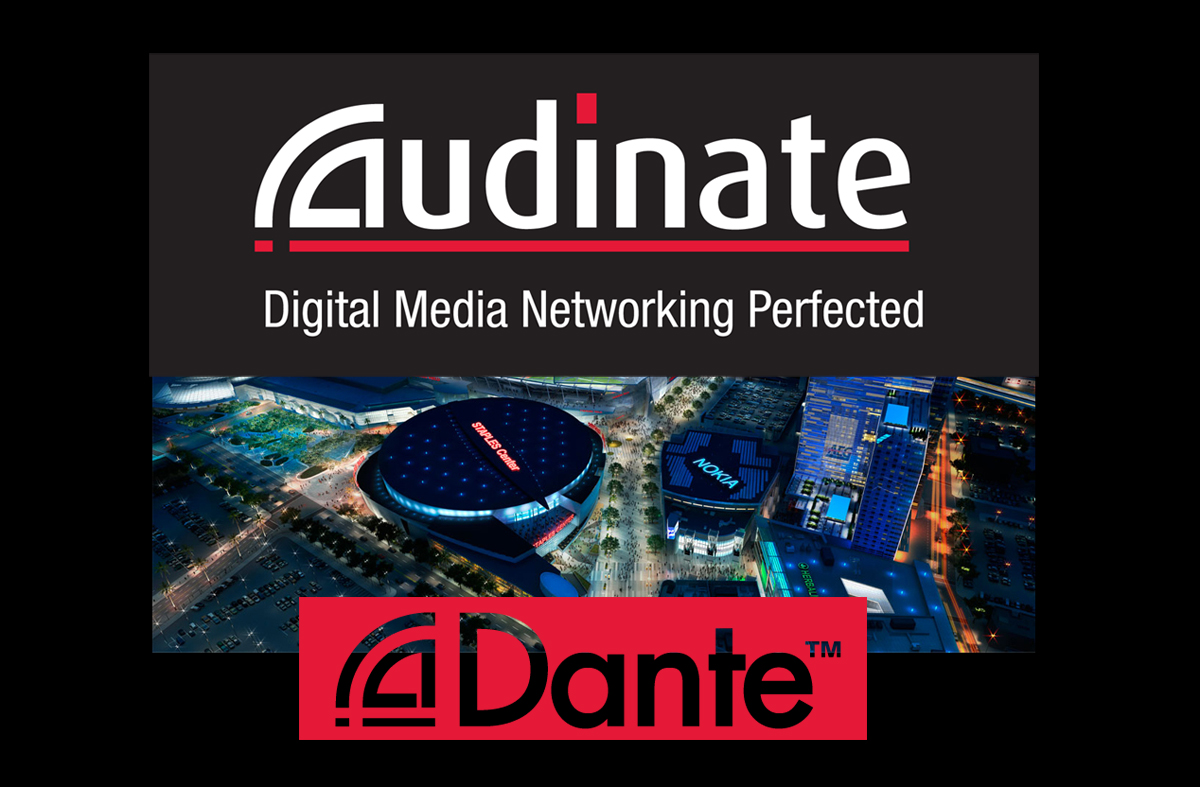 Audinate is conducting multiple educational workshops on basic IT principles for audio networks. Landon Gentry, Director of Global Support Services for Audinate, will be kicking off the Networked Audio Track Thursday October 9, at 9:00 in room 404AB, with a “Primer on Fundamental Concepts of Media Networking”. This session will cover an overview of the OSI model and how data travels through network layers (a “networking stack”); Layers 1, 2, 3 and 4; Cables, MAC Addresses, IP Addresses, and networking protocols. Landon will also include an introduction to IP data networking as well as a brief discussion of IP networking standards and protocols that can be leveraged for media networking.

Audinate is also a sponsor of the AES Live Sound Expo taking place on the show floor at the LSE Stage. On Friday October 10 at 11:00am Landon Gentry will review “Networks and IT-The Basics.” “You don’t have to be an IT professional to set up such networks, but having some core knowledge certainly helps,” stated Landon Gentry.

Also on Friday October 10, as part of the Networked Audio Track, John Ball, from Microsoft will share an overview of the Dante deployment in Microsoft Production Studios. This presentation on “How Microsoft upgraded their Redmond, WA, production facilities with audio-over-IP” will be held in room 409AB from 2:15 to 3:00pm. Immediately following this in the same location Mark Lownds of Stagetec Australia will talk on “Deployment of Large Scale Networking Based Announcement System for Sydney Rail” which describes the ongoing Dante-based public address system upgrade for the Sydney mass transportation system.

Matt Wilkinson from ARUP will be speaking about the new state of the art installation called “The Cube” at the Moss Arts Center at Virginia Tech. Chuck Mitchell from Technology of the Arts will share case studies that illustrate the trends and potential of such installs and profile a number of houses of worship and a unique performance space/laboratory. These presentations, which all showcase the benefits of using Dante, will be at the LSE Stage Sunday October 12 from 1:00pm to 1:45pm. 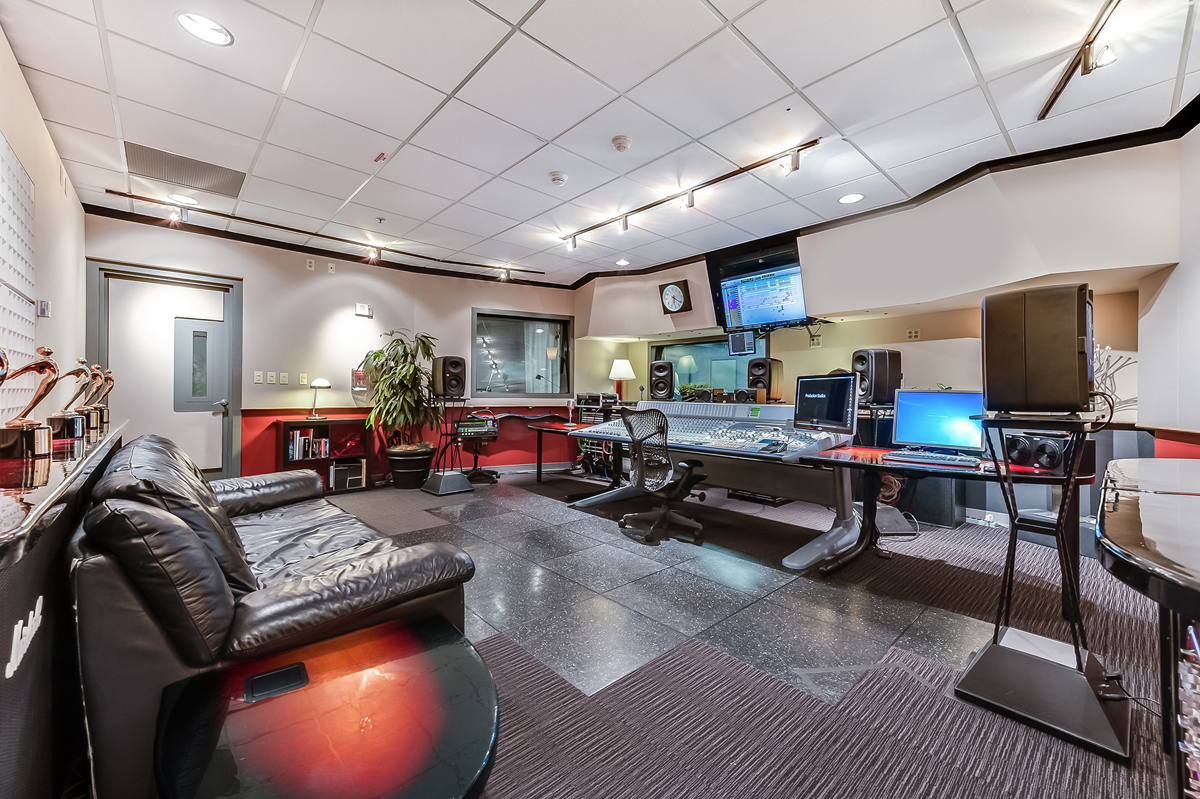 In mid-2013, the Microsoft Production Studios engineering team began to investigate how an audio over IP networking solution could transform the possibilities in their production operations. After consulting with Audinate’s team in Portland, Oregon, the MPS team recognized they could deliver multi-channel across their existing Cisco network switch fabric, while providing greater flexibility with the Dante networking solution.

“The transition to a Dante audio over IP environment just keeps generating steam, and I don’t see any end in sight,” says John L. Ball, systems engineer, Microsoft Production Studios.  “It’s turned into a situation where it’s about who can think of the next cool idea on how Dante can transform and simplify our production while maintaining tight synchronization, and ultra-low latency to reduce the time and complexity for setting up the gear and sessions. We’re working toward a total networked environment for audio, communications and eventually video. Dante is core to making this easy by making every step a significant timesaver in setup, integration and network programming.”

Microsoft Production Studios then upgraded its RTS ADAM intercom systems, which are integrated with Dante. This has vastly simplified the ease of use of the intercom communications across the greater Microsoft campus, ensuring production teams can reliably move audio between the studio and any remote location. Microsoft expanded the system with a multi-vendor interoperable Dante solution including RTS Intercom, Shure ULX-D microphones and Yamaha CL5 mixing consoles. The system was then extended by integrating Focusrite RedNet 6 MADI bridge units to an existing Grass Valley Miranda audio/video router.

The newest network expansions to incorporate Skype feeds and support multi-lingual feeds are perhaps even more impressive.  Ball recently purchased Dante-enabled Studio Technologies Model 215 Announcer’s Consoles to control and distribute live programs in multiple languages simultaneously. His first project with the Model 215 units supported an Xbox Live broadcast from a gaming event in Germany, monitoring feeds over the Dante network and streaming the program in English, German, Italian, French and two Spanish dialects. “The cool thing about this application was using the actual video edit rooms as voiceover rooms,” said Ball.  “We just connected the Studio Technologies gear and the Shure microphones right to the Dante network in each edit room.  We used to have to run analog cables and connections all over the floor between multiple rooms to support this kind of event before. But now, using Dante for this configuration, it takes less than 30 minutes and a network connection to be off and running. We save at least a day and a half of work in setup time alone.”

The MPS team continues to discover new creative use cases to take advantage of Dante’s integration into PCs. With the Dante Virtual Soundcard, they broadcast on-air interviews via Microsoft’s new Skype TX Professional Solution. Microsoft Production Studio’s network of two-way communications with Skype users, and translate those feeds into the broadcast and production world. By replacing analog audio I/O systems with Dante Virtual Soundcards, this has reduced infrastructure and complexity for both live and taped productions across broadcast and corporate applications.

“The original SkypeTX box required two cables in and out to bring it into the intercom environment, and then we had to transport it to audio control and convert it to digital just to get the broadcast signal out,” said Ball. “To enable talk-back, we’d have to convert it back to analog and basically reverse the entire workflow. With Dante, I can connect the audio and intercom in all IP digital, with no analog degradation. We simply capture the audio from SkypeTX, put that on the Dante network and feed our audio rooms for broadcast and production purposes. Dante is enabling a more modern means of communication with exceptional ease of use.”

John L. Ball is now in the design phase of complete Dante network upgrades for all audio control rooms in the facility. Moving forward, Ball ultimately expects to upgrade their network infrastructure to a 10Gig pipe to enable the existing virtual LANs, or VLANs, to essentially extend the Dante network and its production capabilities far beyond Microsoft’s Redmond campus.
www.audinate.com
related items