The Integrated Systems Europe 2015 show in Amsterdam will be a decisive moment for Audinate and its Dante audio over IP media networking technology, adopted by nearly 200 leading OEM manufacturers. For the fifth consecutive year, Dante’s AV Networking World series of informative presentations and hands-on workshops will be held Monday, 9 February 2015.
With Dante established as the standard and dominant networking technology in the professional audio/visual industry, used extensively for live performance events, commercial installation, broadcast, recording and production, and communications systems, the ISE 2015 show will be a key opportunity for Audinate to consolidate its efforts, promote education and make strategic announcements. 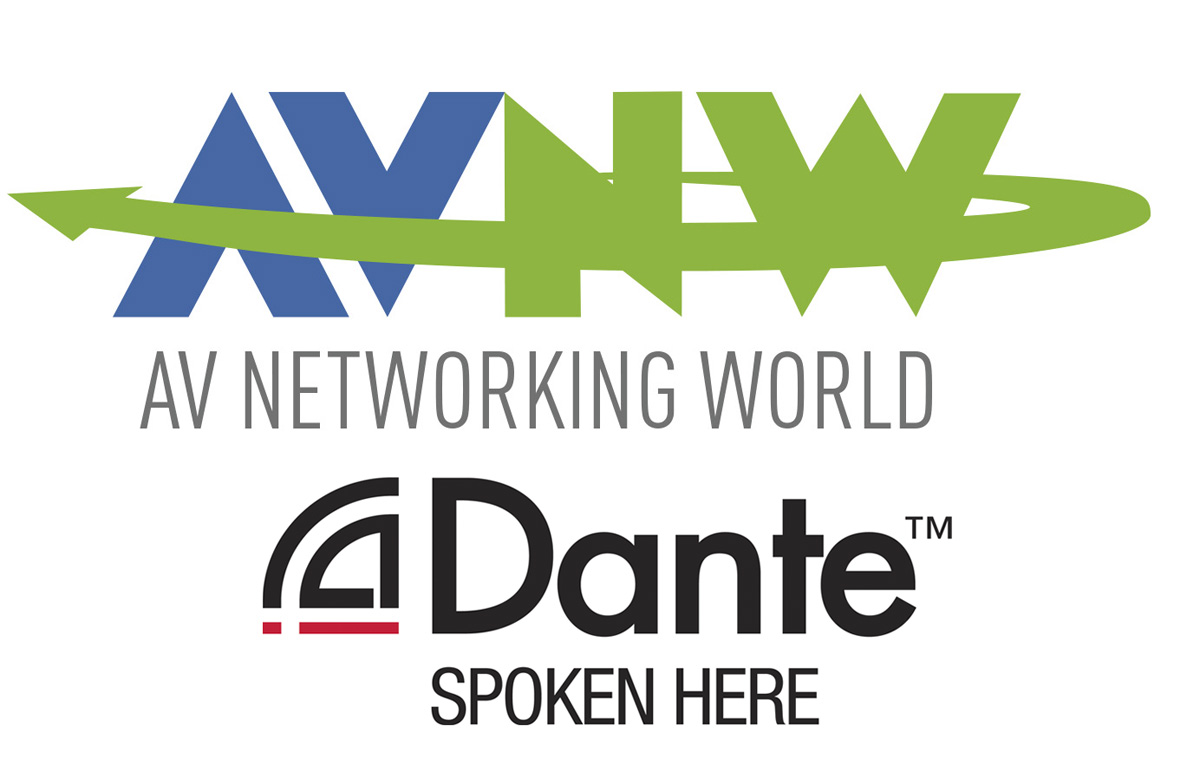 The 5th annual Dante AV Networking World event at ISE 2015 will be the ideal opportunity to get a glimpse on the future of audio networking technology, with a series of informative presentations and hands-on workshops. The event will be held Monday, 9 February 2015 at the Amsterdam Holiday Inn near the RAI Convention Center.

The free all-day event will feature presentations, training workshops and interactive panel discussions led by industry design consultants, AV installation contractors and IT networking experts. The event will also feature a major interoperability networking demonstration of Dante-enabled products and systems, several of which are debuting at ISE from the industry’s leading audio manufacturers.

Presentations cover a variety of topics, including “A market research report on the state of audio networking,” presented by RH Consulting, “Networking 101- Understanding Networking Basics” by Audinate, and a presentation on “How Media Networking Drives Innovation”, by Ethan Wetzell, representing the OCA Alliance (the OCA is also expected to make some key announcements at ISE 2015).

Before the Cocktail Party and Interoperability Demo at the closing of the event, Aidan Williams, Audinate’s CTO, is expected to discuss Dante’s roadmap and reveal some new initiatives.

In addition, a hands-on Dante workshop will bring together teams of participants to demonstrate how quickly and creatively a Dante network can be designed. The event will include raffles, giveaways and surprises throughout the day, as well as a sponsored lunch for all attendees and a hosted networking mixer at the end of the day. The event is being co-sponsored and supported by Yamaha Commercial Audio.

The Amsterdam Holiday Inn is close to the city’s RAI, where ISE 2015 takes place from 10th - 12th February.

Regional Dante AV Networking Training Events
Audinate is also taking its successful Dante AV Networking World events on the road to six North America cites. These free, full-day events are geared toward anyone involved with the design and installation of networked audio systems, including design consultants, system integrators and sound engineers. The interactive sessions will introduce attendees to the benefits of Dante and audio over IP networking, showcase example Dante installations, and feature of a full afternoon of hands-on training.

The events are co-sponsored by Audio-Technica, Bose, ClearOne, Focusrite, Presonus, Shure, Symetrix, and Yamaha, and will feature products from these manufacturers during the hands-on training sessions and in a dedicated demonstration room. Participants to AVNW may also earn four CTS InfoComm RU credits.

The winter/spring sessions are scheduled for the following locations and dates:
Atlanta, GA on February 25th
Seattle, WA on March 25th
Philadelphia, PA on April 22nd
Houston, TX on May 12th
Dallas, TX on May 14th
Orlando, FL on June 16th

“The goal of these regional events is to empower channel partners and their customers with knowledge and hands-on training of Dante” says Joshua Rush, Vice President of Marketing for Audinate. “Our desire is to inspire all the participants with new ideas on how Dante can be used, highlight the commercial benefits of AV networking, and expand their comfort level with Dante and Dante-equipped hardware.”

For a more detailed agenda and to register for any of the regional events, click here.