This latest design from Cymatic’s team of seasoned industry veterans was built on the same technology developed for the uTrack24 recorder/player and represents the world’s first 32-channel recorder/player expansion card for the X32 and M32 family of consoles. The uTrack-X32 fits into the X32 or M32 expansion card slot, operates completely independently and does not interfere with the console’s mixing operations.

The uTrack-X32 can digitally record 32 channels direct from the console, without the need for additional hardware or computers, so there is no need to setup, wire, make new sessions, arm tracks or verify input levels. An ideal solution for virtual sound checks, the uTrack-X32 allows sound engineers ample time to fine-tune the system.

Effectively offering all the features of a 32-input, 32-output USB computer audio interface for Windows, OS X and iOS, the uTrack-X32 allows for 32 tracks of simultaneous recording/playback (up to 48kHz/24-bit) using any off-the-shelf USB external hard drive (FAT-32 format).

As an extra level of convenience, the uTrack-X32 can be controlled from an IOS or Android device, as well as from the M32 or X32 console, without giving up any of the console’s ability to act as a 32x32 USB interface, with a simple ‘Push and Go’ user interface to record. The uTrack-X32 can be also remotely controlled with uRemote software (Android, iPhone/iPad, Windows or OS X compatible) including advanced browsing and settings features. These free uRemote applications offer detailed uTrack-X32 status information, large transport control buttons, location markers, direct playback to any part of a song and creating playback loops on-the-fly. The free uTool software application for Windows and Mac allows extracting mono wave files from multitrack songs for easy importing into any DAW and creating multi-channel songs for playback from up to 32 mono wave files. 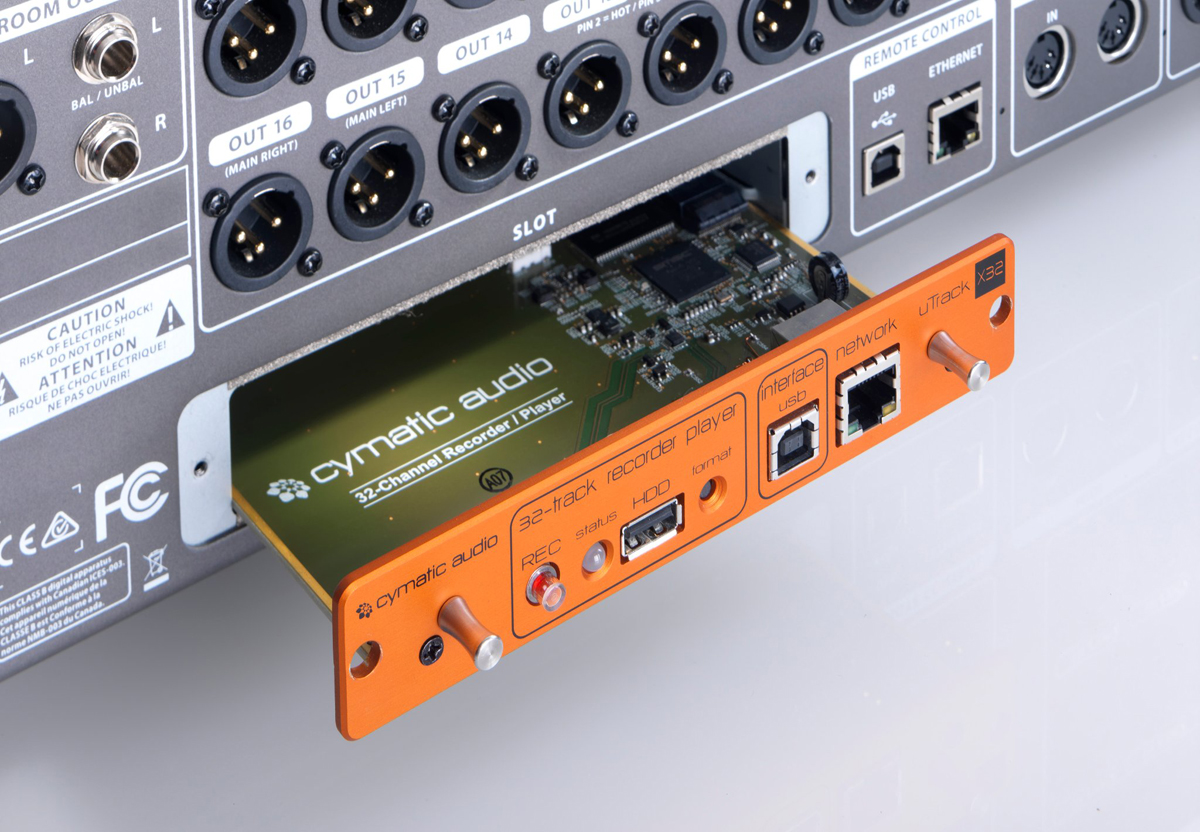 The recorder itself offers an optimized user interface for instant recorder operation during live performances, with illuminated record button, tri-color hard disk status LED and inset push button for formatting hard disk. A pre-Record mode ensures that nothing is lost when the recording starts and the user interface allows to conveniently create new takes while continuing recording, without losing a sample. The total recording time is only limited by USB drive size