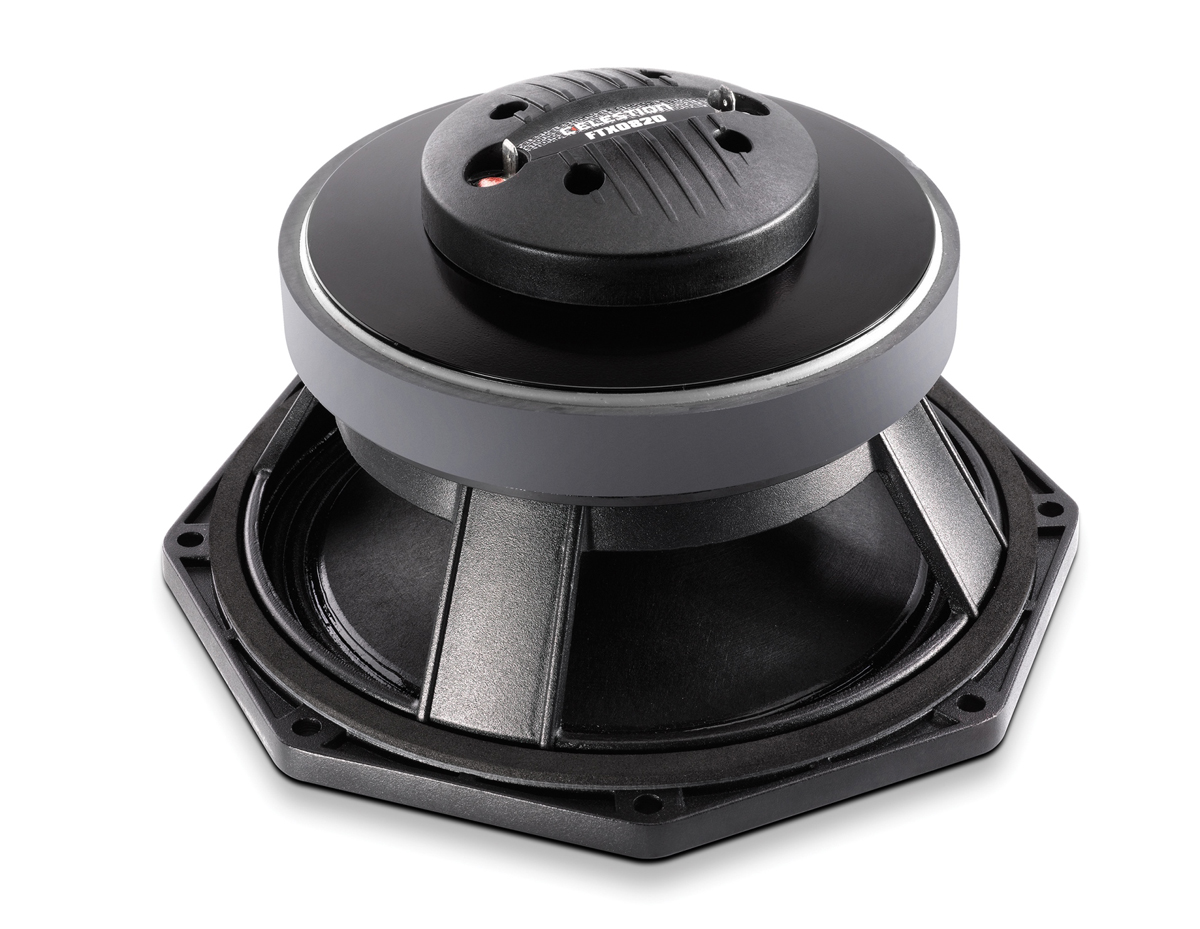 They feature fully combined LF and HF components that are powered by a ‘Common Magnet Motor’ Assembly (where the same magnet is used for both the LF and HF elements). This enables the voice coils and hence the acoustic centres of the two drivers to be brought closer together, delivering further improvements in signal coherence and time alignment, for a more natural sounding audio reproduction.

The use of a single magnet assembly also means lighter weight and a more compact profile, compared to more conventional dual motor designs.

Both HF and LF voice coils are edge wound using lightweight copper or copper clad aluminium. Not only does this increase barrel stiffness, it enables a closer coil wire packing density, leading to improved cooling and increased motor strength.

Additional features include demodulation rings that minimise the effects of power compression, as well as substantially reducing the harmonic and intermodulation distortion that is commonly associated with voice coil displacement. 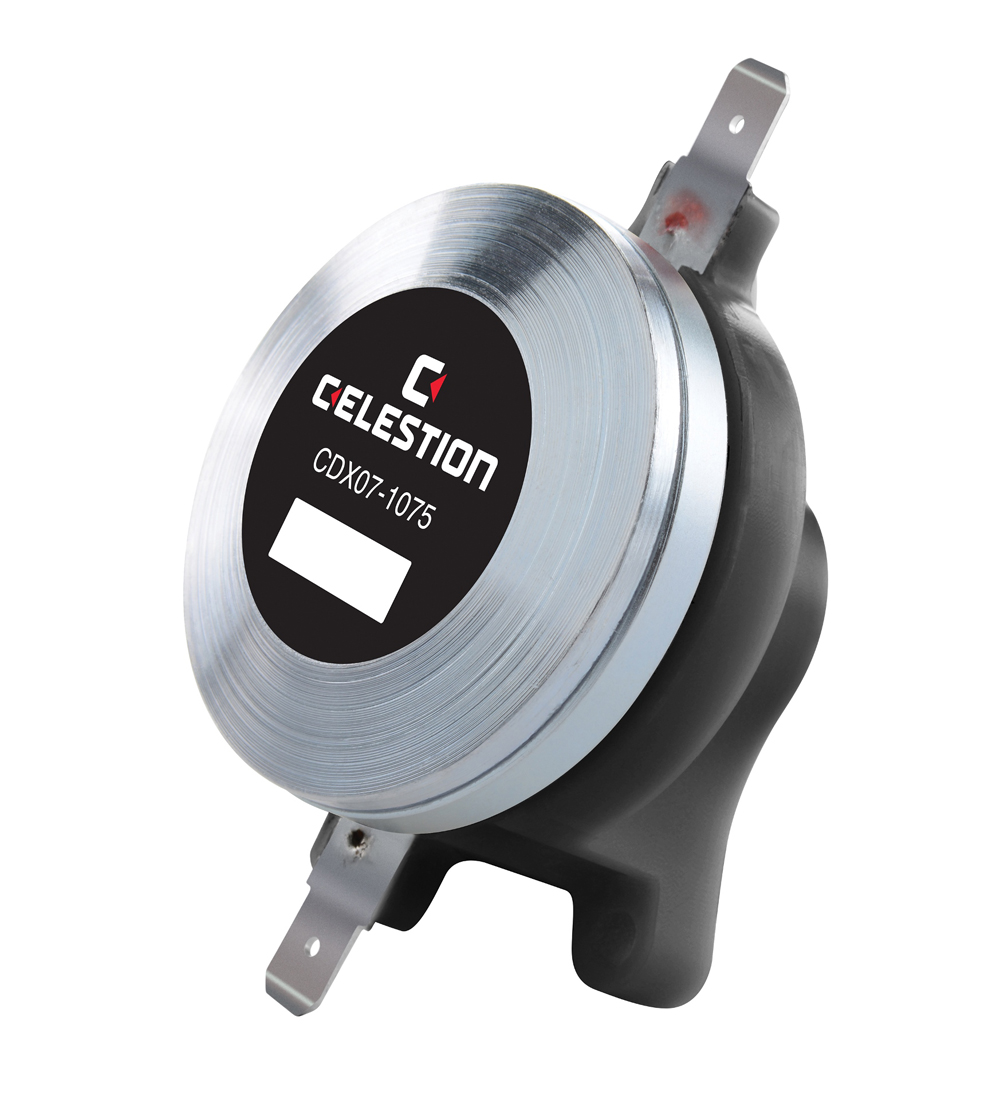 These compact and lightweight compression drivers have been engineered for close-coupling, so they can be used to deliver very coherent and controllable HF. According to Celestion Product Manager Ken Weller, “The 1075 compression driver is purpose-designed for very close packing of multiple units, making it an ideal HF solution for line arrays. It also brings together the best elements of technology used in our CDX range, extracting the maximum performance from a very compact device.”

Like other CDX compression drivers in the range, CDX07-1075 makes extensive use of Celestion’s industry-leading experience in Finite Element Analysis (FEA) to optimize magnetic and acoustic design, helping the device to achieve outstanding performance at a highly competitive price point.
www.celestion.com
related items