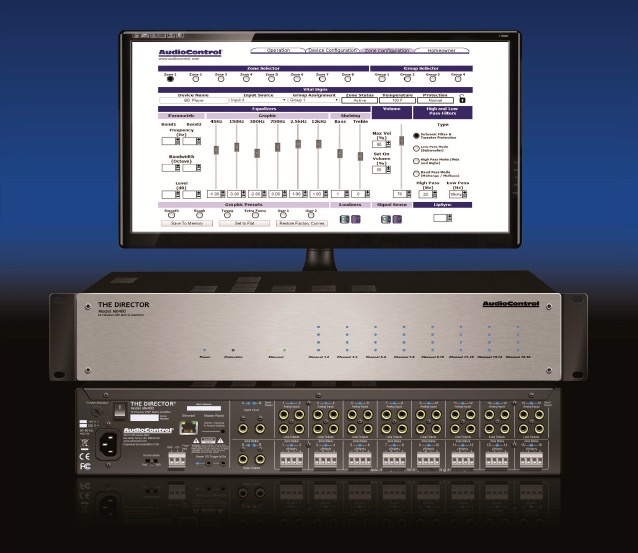 The Director is always in control, communicating with the network and producing great audio. The Director Model M6400 harnesses the power of DSP processing to enable full matrix flexibility of any input to any output. The matrixing capabilities of the Director M series allow any of eight analog or two digital inputs to be routed to any amplified zone output.

The Director Model M6400 includes two digital SPDIF inputs plus two SPDIF outputs that are included in the matrixing so that any one of the input sources can be routed through the digital outputs. These digital outputs can be connected to Director M series digital inputs so that multiple amplifiers can receive any signal from any inputs from any of the amplifiers. The Director Model M6400 has the benefit of operating either as a standalone matrix-amplifier or as part of a 3rd party control systems from companies including Crestron, Savant or Control 4. 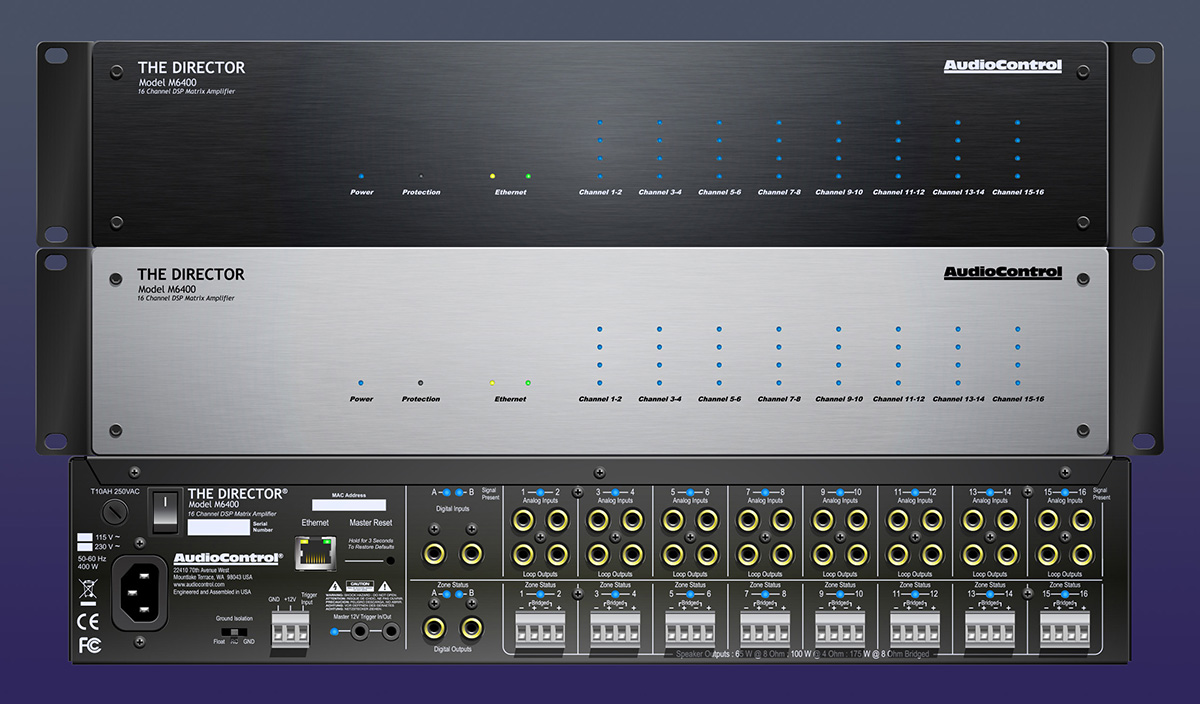 The Director Model M6400 is available in brushed stainless steel or black finish and is designed, engineered and manufactured at the AudioControl factories located in the rainforest of the Pacific Northwest, north of Seattle! The Director Model M6400 comes with AudioControl’s 5-year warranty and is available exclusively to the residential custom-install and professional-audio market.