Audio-Technica announced its new Audio-Technica ATND971 Cardioid Condenser Boundary Network Microphone, bridging the gap between audio and IT as the first wired microphone that transmits audio and control data together over Audinate’s Dante network protocol.
Among many new products introduced at the InfoComm 2014 in Las Vegas, Audio-Technica’s launched the new ATND971 Network Microphone, which transmits audio and control data together over Dante audio networks. 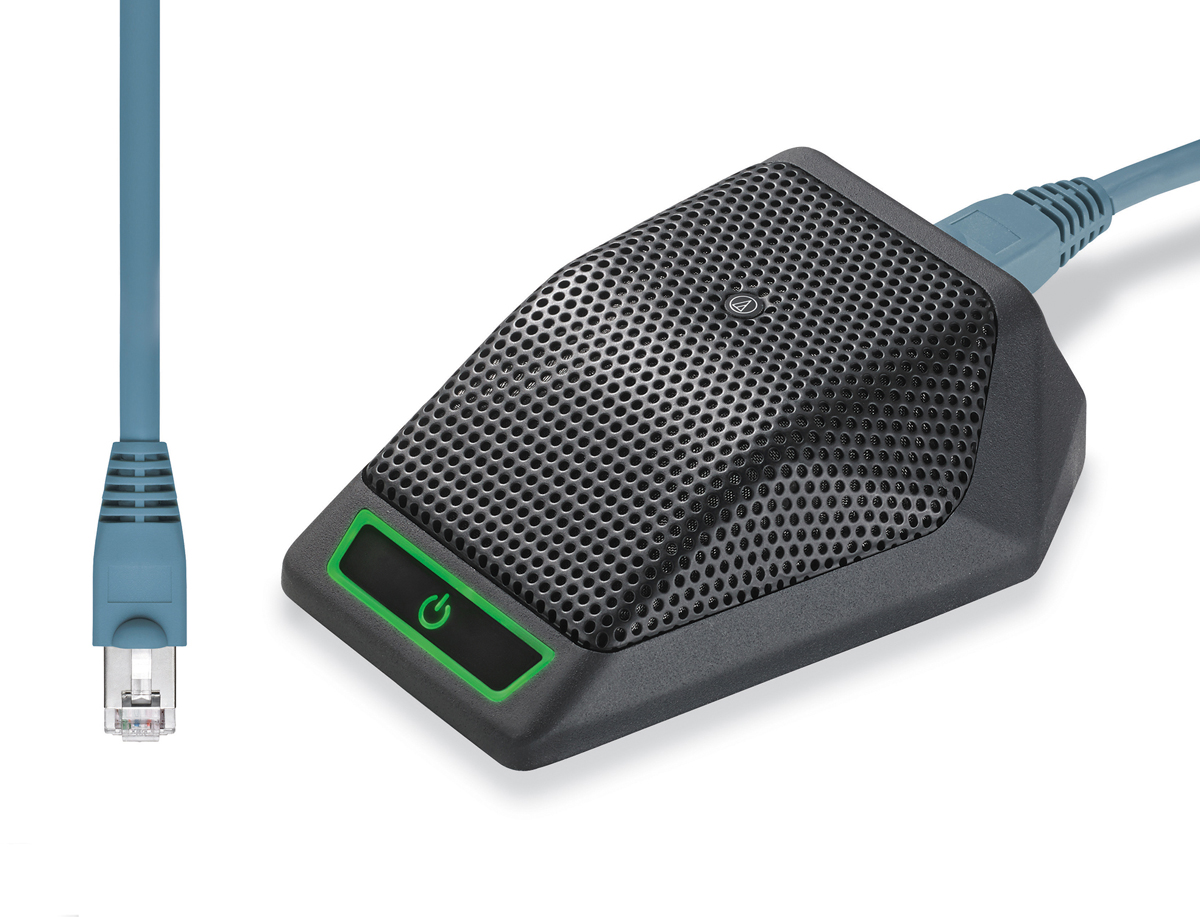 A simple Ethernet connection allows the ATND971 Network Microphone to communicate across an existing network of Dante-enabled devices and, with the microphone’s programmable user switch, control any of those devices at the push of a button. A perfect fit for boardrooms and other meeting spaces, Audio-Technica’s ATND971 boundary mic features simple, inexpensive Ethernet connectivity, outstanding sound quality, a Red/Green LED status indicator and an integrated user switch to control anything from triggering a video camera pan/tilt to a room’s lighting preset and much more. And since Dante can support up to 512 bidirectional audio channels, this microphone offers an easily scalable solution. The ATND971 is powered by network PoE.

A true audio/IT convergence, the ATND971 boundary mic not only delivers audio with outstanding speech intelligibility and transparent sound quality, but it also transmits control data to communicate across a network of Dante-enabled devices. The integrated programmable user switch allows users to trigger a video camera’s pan/tilt, recall lighting presets or control anything else on the network at the push of a button. And with a Red/Green LED the microphone can visually convey mute status, incoming phone calls or other creative visual effects utilizing a control system. The microphone plugs into the network via Ethernet cable – easy to install and operate. Features UniGuard RFI-shielding technology and UniSteep low-cut filter.