Each mic is protected by a rugged, all-metal case with a dual-layer steel mesh grille, and features a low-profile design that enables it to be mounted unobtrusively in a tabletop. Users can locally mute and un-mute each microphone thanks to a capacitive-type touch-sensitive switch; the red/green LED indicator that encircles the grille alerts user to audio status – it glows green when live and turns red when muted. These phantom-powered mics are equipped with a 3-pin XLRM output and boast UniGuard RFI-shielding technology for outstanding rejection of radio frequency interference. Both models are available in black and silver. 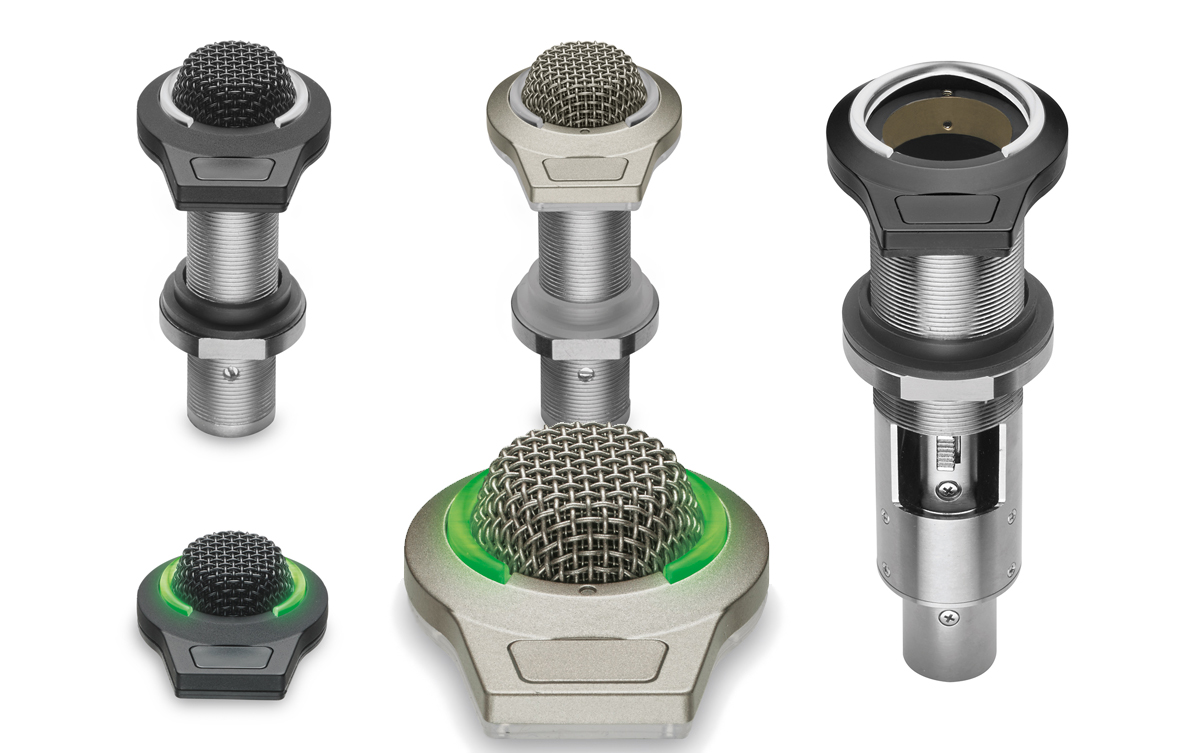 The AT8657/LED flush-mount microphone socket with contact closure enables users to add remote switch and LED functionality to a 21-mm phantom-powered gooseneck or button-style boundary microphone with a 3-pin XLRM output, including the new ES945 and ES947 non-LED models. The socket is equipped with a 5-pin XLRM output for both audio and control functions. Its external contact closure capability enables control of remote devices, so user can easily trigger an external device – such as a camera’s pan/tilt or a lighting preset – with the touch of the unit’s capacitance switch.

The socket also features a lock switch that automatically engages the microphone upon insertion to securely hold it in place until the switch is manually released. Rubber isolation rings (and a metal retainer ring for use with gooseneck mics) are included to dampen surface vibrations. The 360° red/green LED indicator ring (indicating on/off function) is powered by the microphone’s phantom power, eliminating the need for an additional power source.

Part of Audio-Technica’s Engineered Sound (ES) line, these microphones are available exclusively to contractors and system integrators and will be available soon.
www.audio-technica.com
related items