Audinate to Connect Everything with Dante at InfoComm 2015

Following the announcement made by Audinate at InfoComm 2014, the company confirms they will be previewing a fully working version of its forthcoming Dante Via software at the 2015 edition of the InfoComm Show in Orlando, FL. Audinate also confirms there will be over 70 Dante OEMs at InfoComm 2015.
Audinate, the creators of the Dante, the industry’s most widely adopted audio-over-IP networking solution, will have a high profile at the upcoming InfoComm 2015 show in Orlando, where its much-anticipated Dante Via software will be showcased. 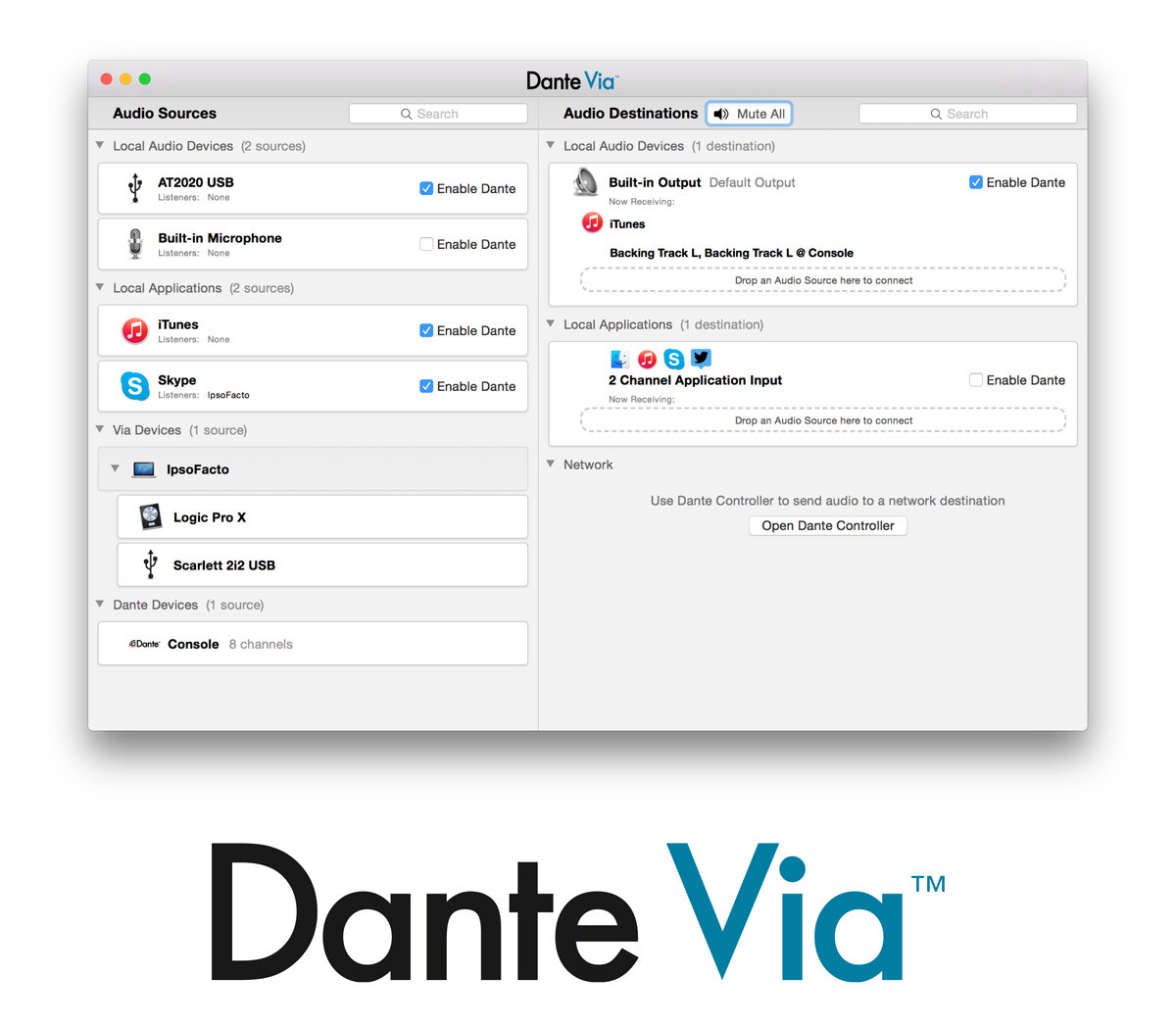 Dante Via is a software solution that transforms computer audio interfaces and soundcards into networked devices that can connect with each other and with the over 400 Dante-enabled products currently available. As it was announced precisely a year ago, Dante Via is a revolutionary new software application that extends audio networking to include USB, FireWire and Thunderbolt-enabled audio devices, as well as any audio application.

In the demonstration, Dante Via will bridge multiple audio devices and applications directly to an audio network and to one another. Dante Via also delivers unprecedented routing of computer-based audio, allowing a wealth of readily-available applications and devices to be connected easily and inexpensively.

As Audinate states, Dante Via unlocks multiple new use cases, including easily extending sound to overflow rooms, isolating and playing application audio in public locations, and connecting local audio devices such as headphones to a Dante network to enable easy channel monitoring. 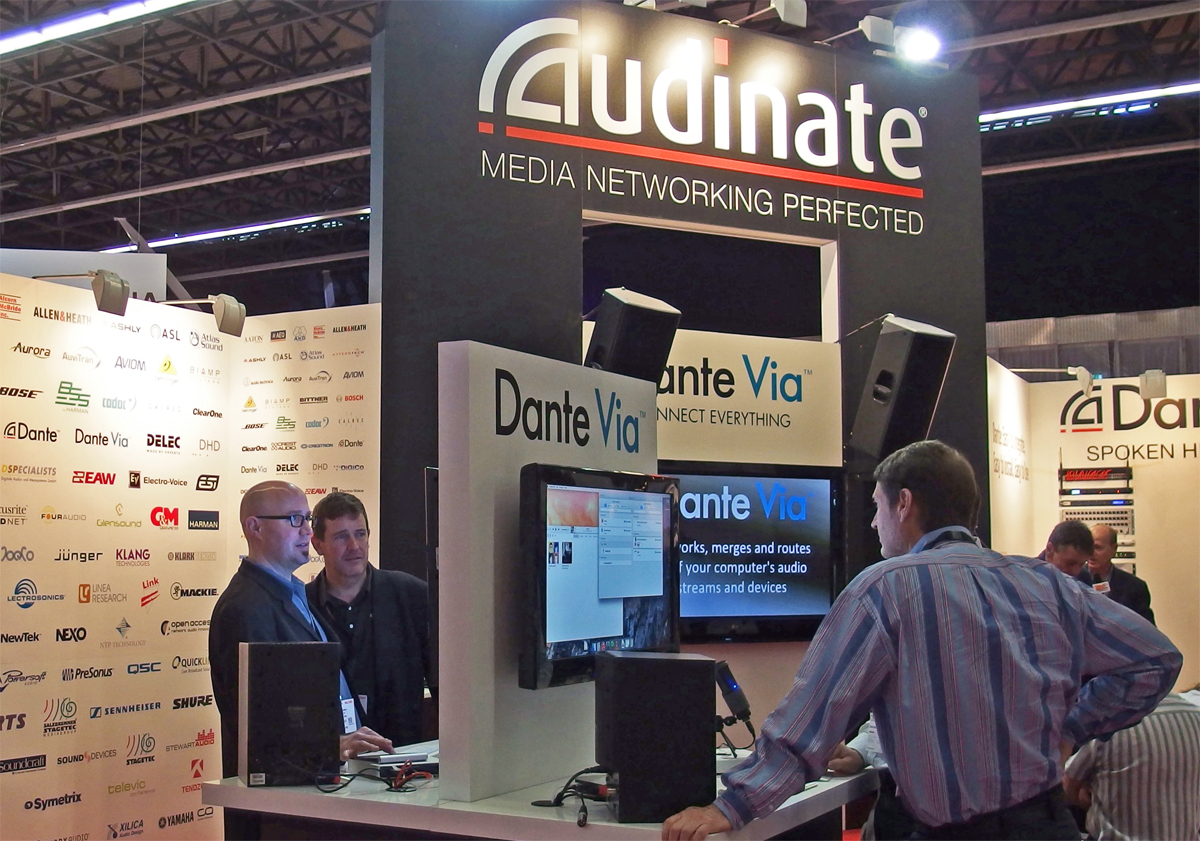 #DanteEverywhere Contest
Over 70 Dante OEMs will be exhibiting at InfoComm this year, and hundreds of Dante-enabled products will be on display. To showcase the breadth of the Dante ecosystem, Audinate is conducting a “Dante Everywhere” social media contest to win T-shirts, free Dante Via software licenses and the grand prize of an Apple Watch.

To participate, attendees just locate booths displaying “Dante Spoken Here” signs at the show and post pictures of these signs to Facebook, Twitter or Instagram with the hashtag #DanteEverywhere. Once a contestant posts five or more photos, they can visit the Audinate booth to get a free shirt and be entered into drawings for the other prizes.
Contest details can be found at www.audinate.com/InfoCommContest
www.audinate.com/InfoComm15
related items