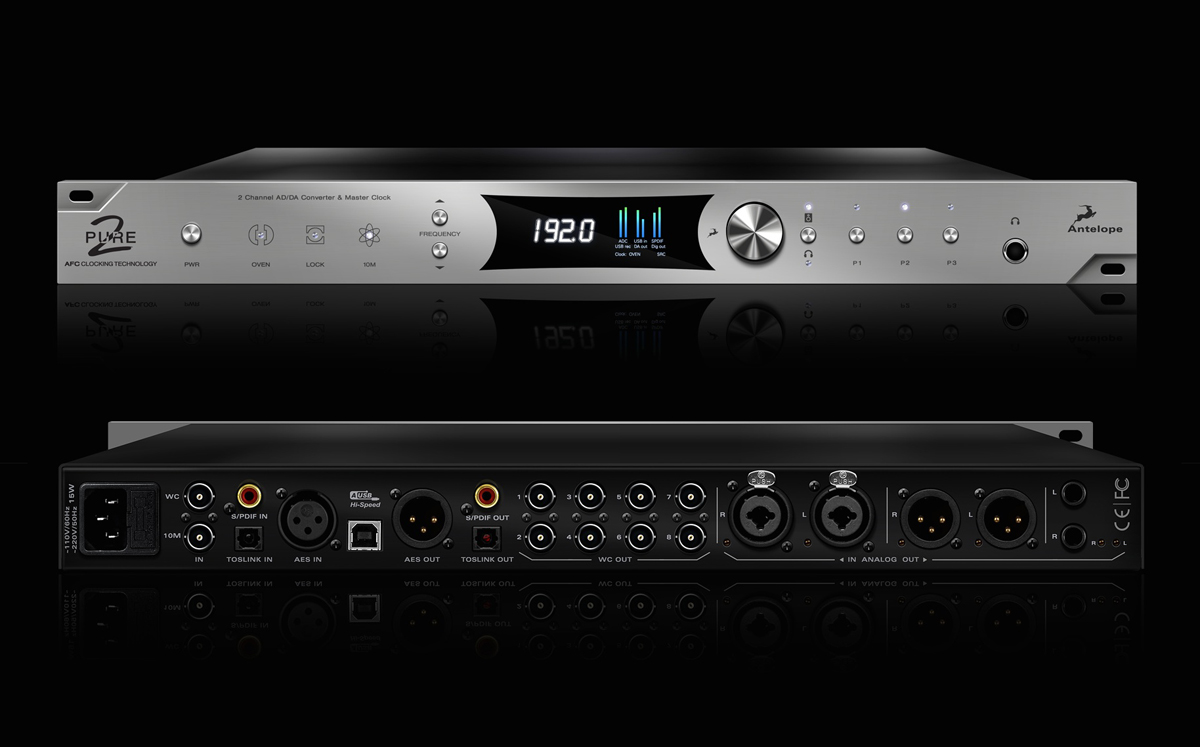 The Pure2 enables users to realize unsurpassed digital clarity and analog realism, while offering a flexible set of connectivity options and extremely efficient and ergonomic software remote control. Pure2 also employs an all-new design that leverages best-in-class Burr-Brown converters and the same Acoustically Focused Clocking (AFC) technology present in Antelope's ultra high-end Trinity master clock. The unit also features Antelope's proven low-latency USB circuit on both Mac & PC, which is in use in thousands of studios inside the Orion32 and the new Zen Studio.

“As digital devices and software-based tools become more and more ubiquitous in recording and playback environments, advanced clocking and conversion technology is now a prerequisite towards getting great sound,” states Igor Levin, founder and CEO of Antelope Audio. “Pure2 puts world class mastering functionality within the reach of just about anyone, at a fraction of what it would have cost just three years ago.”

The device includes a highly intuitive software control panel (compatible with both Mac and PC) enabling users to manage all facets of its operation from a computer. Meanwhile, the front panel of the unit also includes user-definable presets for added routing convenience and efficiency. With several Word Clock outputs, Pure2 can function as the master clock for an entire studio and can also be locked to Antelope’s  10M Atomic Clock for even greater clocking stability. Further, Pure2 can be connected via S/PDIF, TOSLINK, AES and USB, making it suitable for nearly any studio environment.
Pure2 is scheduled to ship in late Q4 of 2014 and will be priced at $2,195.
www.antelopeaudio.com
related items