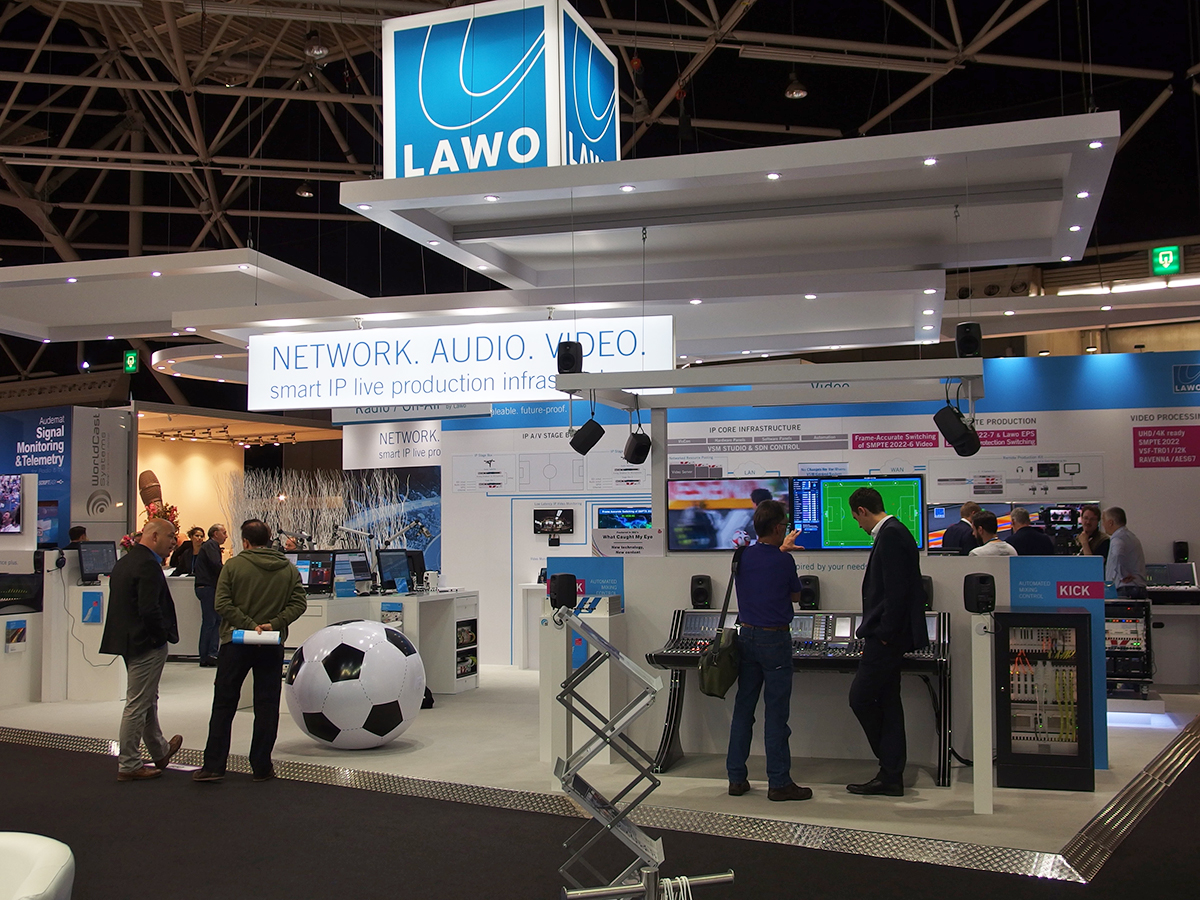 Major industry players have recently join the Alliance for IP Media Solutions, including Arista, Cisco, EVS, Telos Alliance, AJA Video Systems and Harmonic. Since the announcement of this new industry consortium at the end of 2015, several companies from different market segments and applications have demonstrated their commitment towards finding common ground on the huge undertaking which will be finding a practical way to move all different quality-levels of video over standard IP networks and not just point-to-point applications. 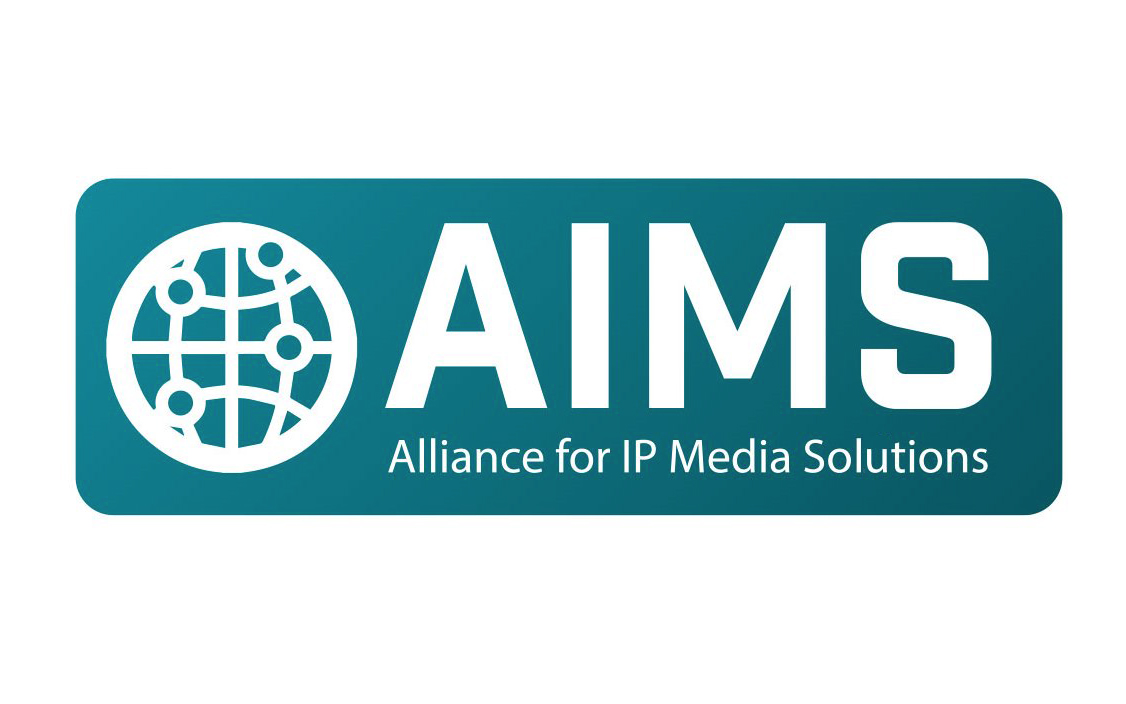 This IP transition underway on the video side was preceded by recent successful efforts in the audio industry. Nowhere else was more progress than in the AV systems and digital signage markets, but there isn’t an open standard yet and the results achieved by different industry consortiums towards a universal video-over-IP protocol, involving entities such has the SMPTE, have not yet been fully realized. Video-over-IP involves much more than HDMI distribution or web streaming and IP is now a major focus also for the broadcast, and professional video production.

At shows like ISE and InfoComm, it’s been all about HDBaseT. The HDBaseT Alliance, the cross-industry group tasked with promoting and advancing HDBaseT technology (www.hdbaset.org), continues to introduce new products to the market, including projectors, matrixes, extenders, testing and other solutions. HDBaseT technology, powered by Valens Semiconductor, enables all-in-one connectivity between high-definition video sources and remote displays, through a single cable for up to 100 meters with category cable, or kilometers with fiber, including the transmission of uncompressed ultra-high-definition video and audio, Ethernet, control signals, up to 100W of power and USB. 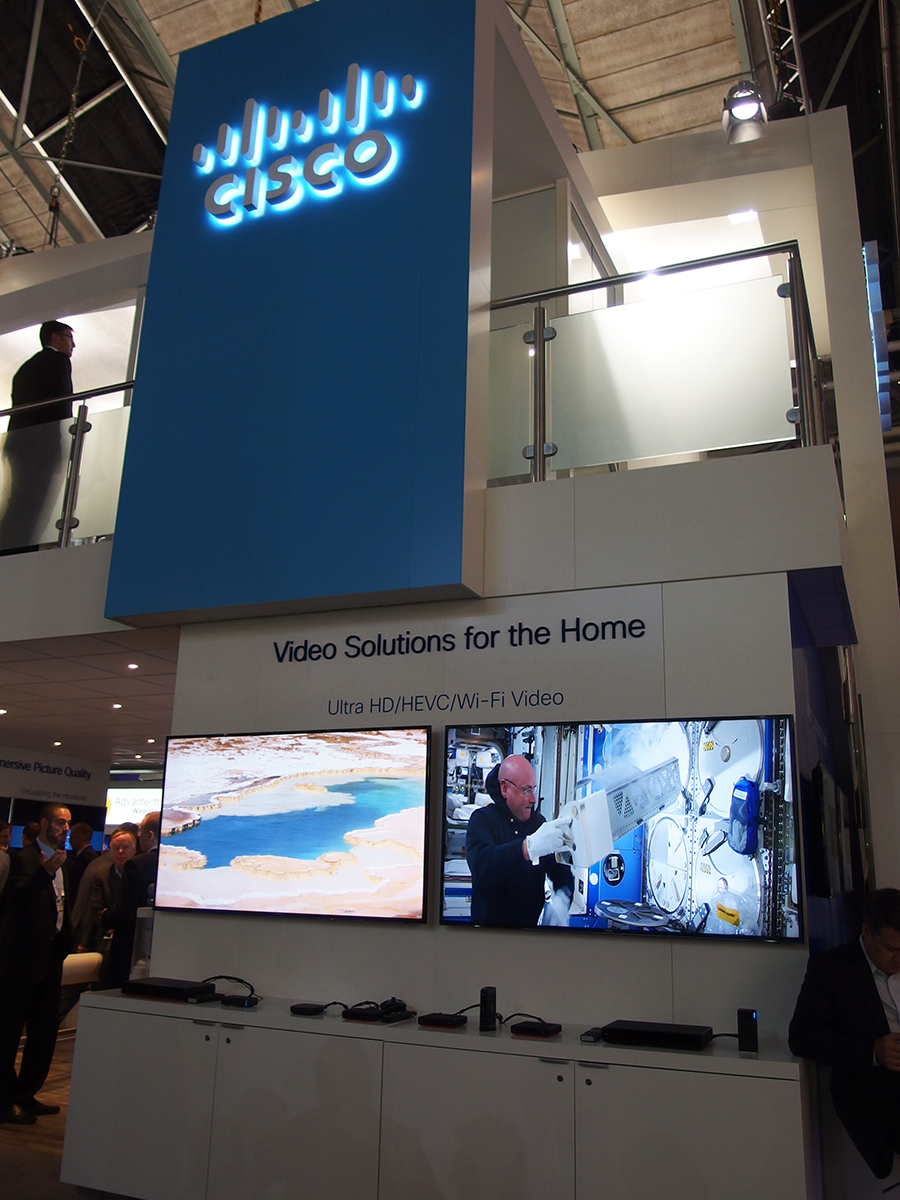 The success of HDBaseT has parallels on Audinate’s success in audio-over-IP with Dante, clearly dominating in the industry. The difference in audio is that the new AES67 interoperability standard now allows different solutions and protocols to exchange audio between them without conversion to baseband signals. The Media Networking Alliance (medianetworkingalliance.com) consortium is successfully promoting the adoption of IP based networking in AV, promoting awareness and adoption of AES67, the open standard that provides for the common interchange of digital media between different IP networking platforms. A similar strategy could be emulated for video signals.

“Cisco joined AIMS to catalyze the media industry transition to IP and cloud. We strongly support that the industry and developer community be based on open standards, open source and open APIs / platforms to make this transition. The creation of reference recommendations and solutions to move the community from SDI to IP is a key step forward to avoid the hurdles of the past,” says Dave Ward, CTO of Engineering and Chief Architect, Cisco.

Announcing that The Telos Alliance is joining AIMS, Marty Sacks, VP of Sales, Support and Marketing remarked, “We helped to create AES-67 because we have long believed in open standards. We are excited to join AIMS and help speed the adoption of IP based workflows throughout the broadcast sector.”

AIMS’ efforts will be focused on promoting the adoption, standardization, development and refinement of open protocols for media over IP, with an initial emphasis on VSF TR-03 and TR-04, SMPTE 2022-6 and AES67. Broadcasters and other media companies are seeking to leverage IP to increase the flexibility of their networks, help streamline workflows and improve agility to better compete in a rapidly evolving ecosystem. Open standards are the key to protecting current investments and ensuring long-term interoperability.

Open standards work for the IP transition is already underway by the 74-member Video Services Forum (VSF), with the support of organizations such as SMPTE and the EBU. AIMS endorses the work of the VSF and will continue to lend support in the development of a standard approach to IP; more than 30 broadcast equipment suppliers and broadcasters were involved in the development of VSF TR-03 and companies are actively testing and validating it today.

Leading system integrators 5280 Broadcast, was another recent addition to the consortium. On the company’s joining AIMS, Chief Operating Officer Tony Roccanova says, “As system integrators, we are in a unique position to educate and guide our customers through the forthcoming transition from baseband to IP workflows and infrastructure.  We strongly believe that the interoperability and open standards being promoted by AIMS will be the keys to the success of this transition.”

Following their appointment, the board in turn has appointed Kerry Wheeles (CTO – Networking, Imagine Communications) as Chair of the AIMS Technical Working Group, and Scott Barella (CTO, 5280 Broadcast) as Deputy Chair.