The AVnu Alliance Membership is growing and leading to more AVB products in the AVnu certification pipeline. Eight new companies from different parts of the world and industries have now joined its membership roster including Coveloz, Imagination Technologies, NXP Semiconductors, intoPIX, Ixia, MIPRO, Xavtel and Pivitec.
The AVnu Alliance is the industry consortium driving open standards-based time sensitive networking through certification of AVB (Audio Video Bridging) products based on the set of technical standards developed by the Institute of Electrical and Electronics Engineers (IEEE) Audio Video Bridging Task Group of the IEEE 802.1 standards committee.

The industry forum dedicated to the promotion and adoption of AVB standards creates compliance test procedures and processes that ensure interoperability of networked AV devices in consumer electronics, automotive and professional AV markets.

Among the new AVnu Alliance members is also Pivitec, the manufacturer of personal audio mixers and professional networked audio solutions for professional and commercial audio applications from Bethlehem, Pennsylvania. Pivitec’s audio solutions use Ethernet AVB standards for networking and wireless devices based on iOS and the company has been making headlines with its Pivitec V2Mix control software, a fully featured, audio mixing application designed for Personal Monitor Mixing in live performance and studio applications. 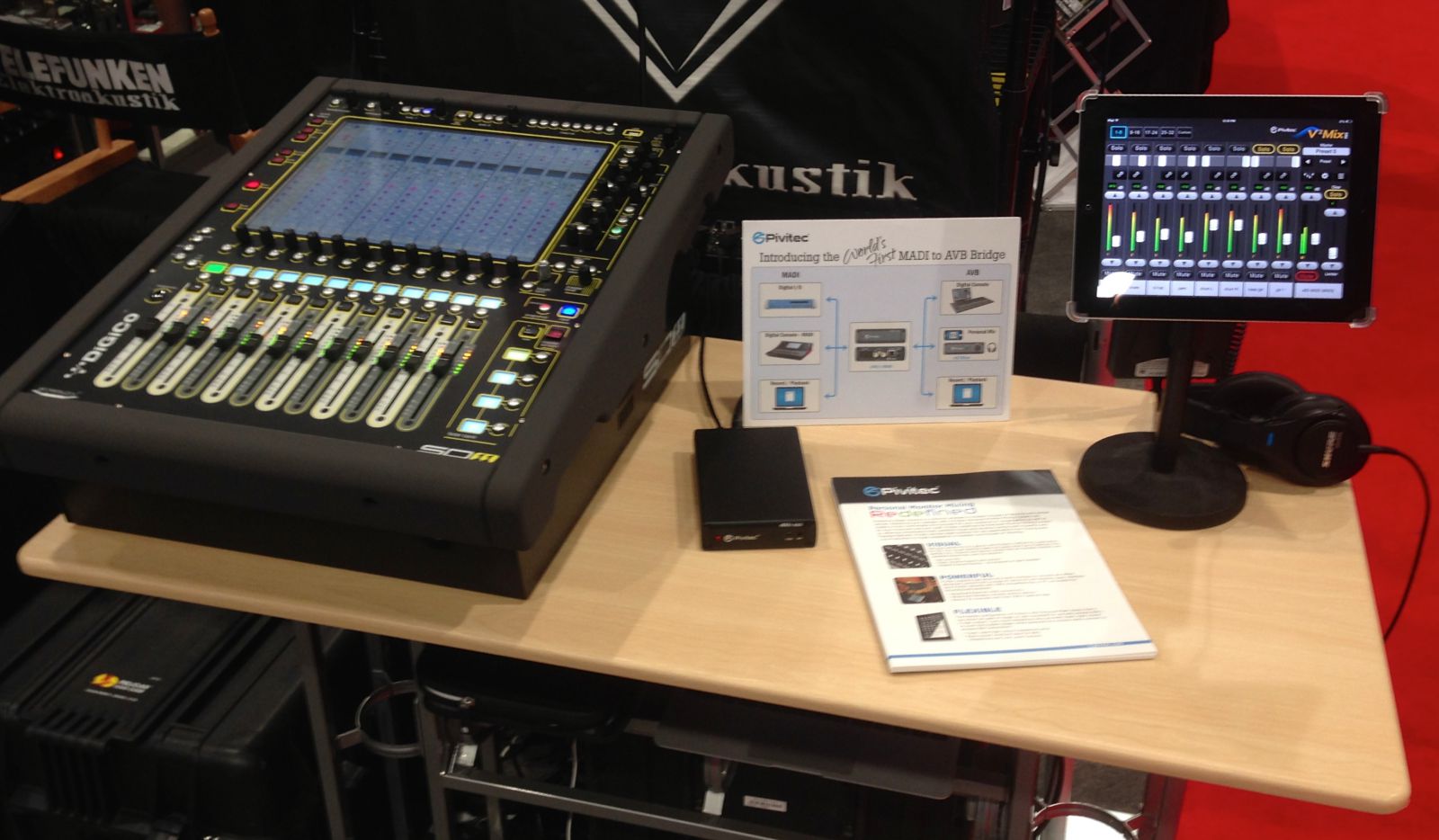 Pivitec was one of the strongest promoters of AVB bridging solutions at the recent InfoComm 2014 show, where it launched its new MADI and ADAT to AVB Network Audio Interfaces. The company is now able to integrate digital consoles from Avid, Yamaha and DigiCo with its own Personal Monitor Mix system via an AVB network. “Pivitec has a four-year track record in AVB development and after a successful launch of its e64i/o-MADI 64-channel AVB network interface at InfoComm 2014, has chosen to join AVnu Alliance with the express intention of pursuing AVnu certification,” said Pivitec’s Co-Founder Tom Knesel.

As AVnu Alliance grows to nearly 80 members, these new members represent continued momentum for the AVB standard, having added more than a dozen members across multiple market segments in 2014 and increasing recognition of the benefits of open standards and AVnu certification.

“AVB standards are the future of the A/V networking industry and we are excited to be a part of this strong alliance to bring solutions to our customers,” said Eugene Chen, vice president of international sales for MIPRO.

“It’s important that Imagination supports the standards that enable our customers to build high-quality products utilizing our broad range of multimedia processor IP including our PowerVR video, MIPS-based audio and Ensigma Wi-Fi & Bluetooth,” said Tony King-Smith, EVP marketing, Imagination. “As the audio and video markets continue to expand, AVnu-certified solutions will become an important driver in ensuring the best possible consumer experiences in global markets. We believe that our expertise in all forms of multimedia and networking will ensure we play a valuable role in the AVnu Alliance.”

Xavtel is also entering products into certification testing. “We are in the process of starting our certification testing and hope to have AVnu-certified hardware very soon,” said Romano M. Cunsolo, director of marketing and business development at Xavtel, who just recently launched an AVB-enabled Senator Networked DSP Conference and Interpretation System.

“Coveloz demonstrated a customizable and scalable solution based on FPGA technology at InfoComm 2014,” said Nestor Amaya, president of Coveloz. “We’ve begun interoperability testing of our system-on-chip product in our Ottawa lab and have plans to go through AVnu-certification testing of the embeddable solution this year. Coveloz is fostering AVB interoperability by offering engineering and certification-support services to adopters of AVB technology.”

In the automotive industry, NXP Semiconductors has their sights set securely on connected cars. “As Ethernet becomes a key enabling technology for automotive applications, NXP is very pleased to join the AVnu Alliance which is building substantial momentum in the marketplace,” said Guenter Sporer, Ethernet segment director for NXP Semiconductors. “Our membership with AVnu will enable the quick deployment of the NXP Ethernet switch and PHY solutions as well as the development of new and advanced products targeted to anticipate future requests of our customers.”

“We are extremely excited by the addition of these new members to the Alliance, and by the overall growth we’ve experienced within the last year. With each new member added, we all benefit from a valuable mix of innovation and experience,” says AVnu Alliance President Rick Kreifeldt.
www.AVnu.org